Before his tragic death, stunt man 'Mad Mike' Hughes said he wanted to launch himself in space to prove his flat Earth theory. 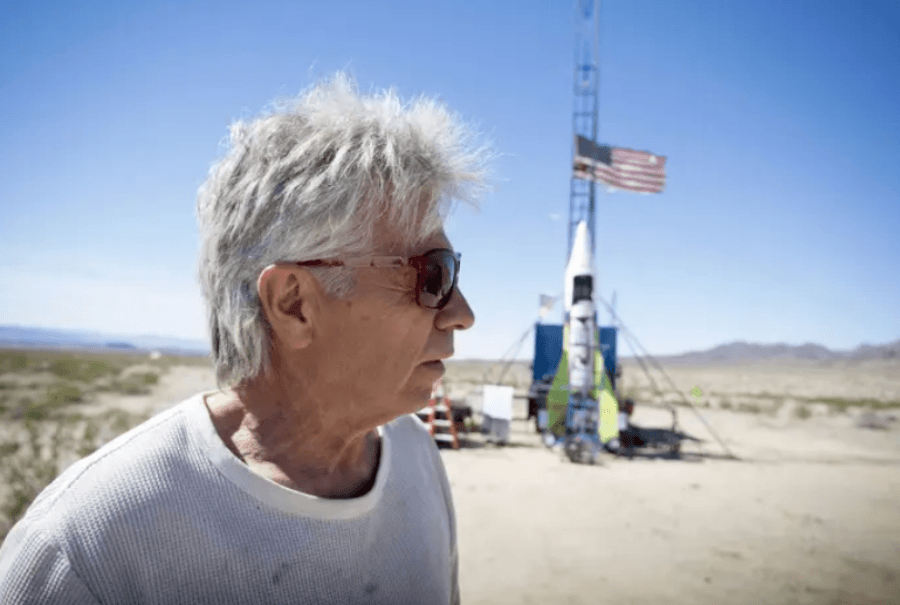 James Quigg/AP
Daredevil ‘Mad Mike’ Hughes was killed during the launch of his home-built rocket in California.

Ever since he landed an impressive 103-foot jump in a Lincoln Town Car stretch limo back in 2002, Mike Hughes had cultivated a daredevil reputation. A limousine stunt driver-turned-self-taught rocket builder, Hughes gained a following as ‘Mad Mike’ for his crazy antics, colorful personality, and outlandish theories.

Easily his most outlandish was his belief that the blue sphere of Earth was actually flat, and it appears to have cost him his life. To prove his flat Earth conspiracy theory, he planned to launch himself toward the Kármán line — the roughly 62-mile-high threshold that officially marks the end of the Earth’s atmosphere and the beginning of outer space.

According to Buzzfeed News, Hughes’ last moments alive inside his homemade rocket were captured on film by freelance journalist Justin Chapman who was present during the launch.

In a video posted by Chapman on Twitter, a green parachute can be seen releasing from the rocket right after takeoff. Hughes’ mini rocket disappeared above the clouds only to reappear minutes later to the horror of spectators as it continued to plummet toward Earth.

“When the rocket was nosediving and he didn’t release the three other parachutes he had in the rocket, lots of people screamed out and started wailing,” Chapman said of the terrible accident. “Everyone was stunned when he crashed and didn’t know what to do.”

Hughes’ death was confirmed by Waldo Stakes, a longtime collaborator of the stunt man, and a representative of The Science Channel which is part of Discovery and had been following Hughes’ rocket mission for their new show Homemade Astronauts.

“Our thoughts and prayers go out to his family and friends during this difficult time. It was always his dream to do this launch and Science Channel was there to chronicle his journey,” a statement from the network read. The crash landing happened outside Barstow, California. Hughes was 64.

It’s still unclear whether the parachute’s malfunction had caused the rocket’s failure. Hughes had attempted at least one other similar DIY rocket launch stunt before in 2018 when the wannabe astronaut managed to reach about 1,900 feet in the sky. He made it out alive then after he landed back on Earth on a parachute.

“For three hours, the world stops,” Hughes said of his experience during a live stream with fans.

According to James Van Laak, a former senior official at the Office of Commercial Space Transportation under the Federal Aviation Administration who helped Hughes lawfully perform his rocket launches, the agency’s general counsel determined that since Hughes’ rocket used a ramp as its main propulsion system, his stunt did not meet the legal definition of a “rocket launch.” This allowed the stunt man to avoid the complicated safety measures required for such activities.

Hughes’ first homemade rocket launch in 2018 attracted a lot of media attention and his most recent stunt resulted in a documentary titled Rocketman. Hughes often used the spotlight around his outrageous projects to talk about his flat Earth conspiracy theory. 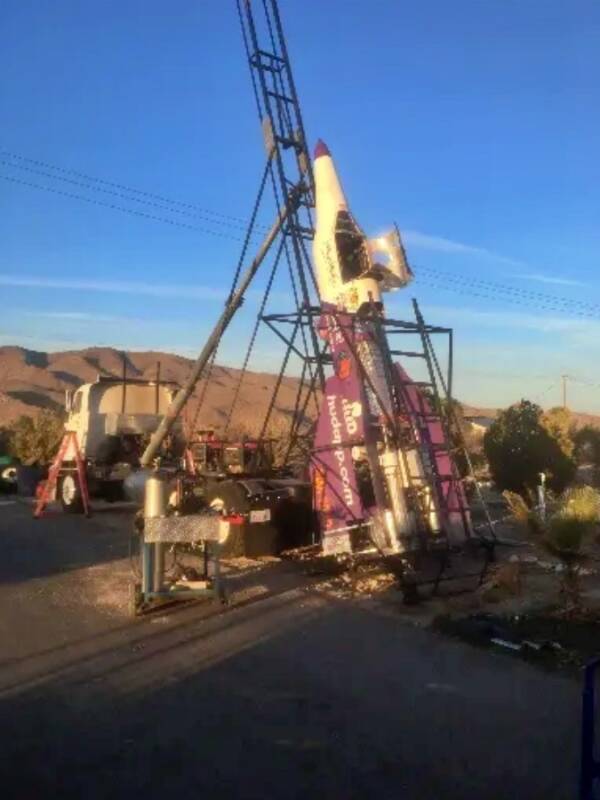 Mad Mike Hughes WebsiteMike Hughes DIY rocket which he hoped would carry him to the Karman line between the planet’s atmosphere and space.

To the Associated Press, he said, “Do I believe the Earth is shaped like a Frisbee? I believe it is… Do I know for sure? No. That’s why I want to go up in space.”

Although the eccentric stuntman has never been shy about his belief that the Earth is flat — a theory which has clearly been debunked for quite sometime now — the conviction of his beliefs have been questioned in the past. Some have said Hughes purposefully used the flat Earth conspiracy theory to conjure up publicity for his stunts and that he didn’t actually believe in the theory himself.

On the day of Hughes’ fatal accident, a public relations representative told BuzzFeed News that Hughes’ reputation as a flat Earther was simply a facade to help him raise money for his projects.

“We used flat Earth as a PR stunt. Period,” Darren Shuster said. “He was a true daredevil decades before the latest round of rocket missions. Flat Earth allowed us to get so much publicity that we kept going! I know he didn’t believe in flat Earth and it was a schtick.”

Interestingly, in a promo video for his upcoming series which was published on the Discovery website, Hughes spoke about why he thought his mission to go into space on his own was important. But he did not mention his flat Earth theories.

It’s unclear whether his flat Earth beliefs had been deliberately omitted by the network which has built its entirety on hard science or whether that was indeed the true ‘Mad Mike.’

Next, read about Thomas Fitzpatrick, the amateur pilot who drunkenly landed a plan on an NYC street — twice — and learn how scientists successfully baked chocolate chip cookies in space.