Frank Lloyd Wright built a house called Taliesin as a refuge for his mistress Mamah Borthwick. But in 1914, one of his servants butchered her with an ax and burned the Wisconsin home down. 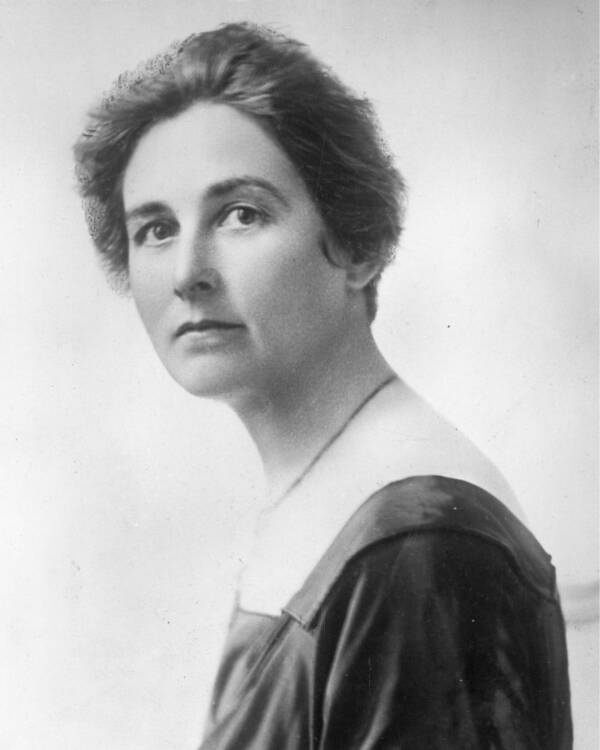 Famed architect Frank Lloyd Wright is remembered today for his innovative creations, such as the Fallingwater house. In the early 20th century, however, Wright was often in the newspapers for a much different reason — his affair with Mamah Borthwick.

In 1909, Wright and Borthwick left their spouses to pursue a relationship together. Their scandalous actions quickly became tabloid fodder, and after two years, Wright built Borthwick a home in Wisconsin so they could escape the constant public scrutiny. He dubbed it “Taliesin,” but it soon became known as the “Love Castle” by gossiping locals.

For three years, all was well. But one summer day in 1914, a servant in the home went on a murderous rampage, killing Borthwick, her two children, and several of Wright’s other employees before burning down the house. By the end of the spree, seven people were dead, and the perpetrator himself had swallowed acid in an attempt to take his own life.

Wright rebuilt Taliesin and had Borthwick buried in his family plot not far from the home. Today, the house is a National Historic Landmark that serves as an everlasting reminder of the “Love Castle” it once was.

Mary Bouton “Mamah” Borthwick was born in Boone, Iowa in 1869. According to the Wisconsin Historical Society, she was highly educated, earning both her B.A. and M.A. from the University of Michigan before taking a job as a librarian.

In 1899, she married Edwin Cheney, an electrical engineer from Illinois. The couple moved to Oak Park just outside of Chicago and soon had two children: John and Martha.

The Chicago Tribune reports that Mamah Borthwick met Frank Lloyd Wright’s wife, Catherine, before she met the architect himself. The two women were both members of Oak Park’s Nineteenth Century Woman’s Club, and because of their friendship, Edwin Cheney hired Frank Lloyd Wright to design a house for him in 1903. 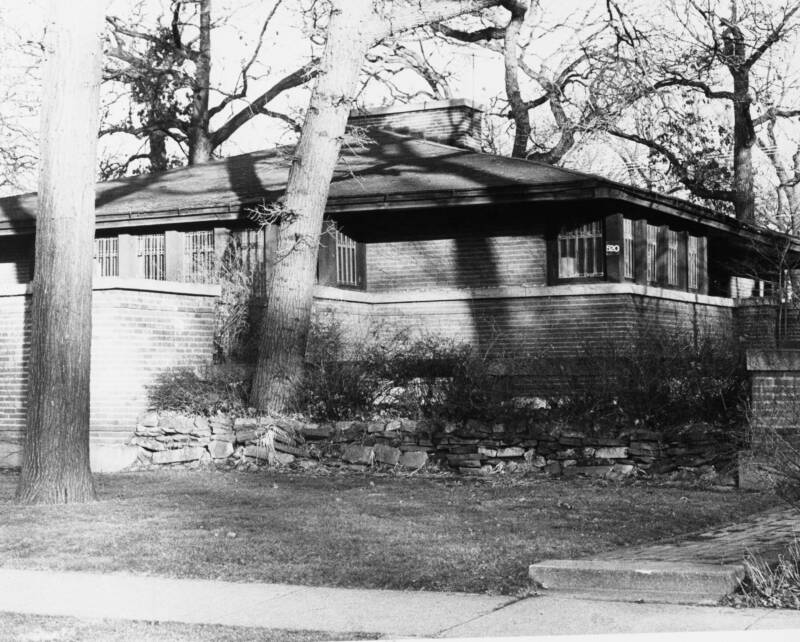 While spending so much time together during the drafting and construction process, Borthwick and Wright fell in love. Six years later, they ran off to Europe together, leaving their spouses and children behind.

After a year in Europe, Frank Lloyd Wright returned without Borthwick. His wife was so sure he’d come back to reconcile their marriage that she told the Tribune, “Our family is reunited. I knew he would come back. He is the soul of honor.”

However, according to Keiran Murphy, the former principal historic researcher at Taliesin, Borthwick simply stayed behind in Europe until enough time had passed that she could divorce her husband on the grounds of abandonment. She officially changed her name from Mamah Cheney back to Mamah Borthwick on Aug. 5, 1911.

Upon his return to the United States, Wright had begun building a rural retreat in Spring Green, Wisconsin, not far from where his mother’s family had settled after they emigrated from Wales in the early 19th century. Wright dubbed the home “Taliesin” after the Welsh word for “shining brow,” an homage to his ancestry. 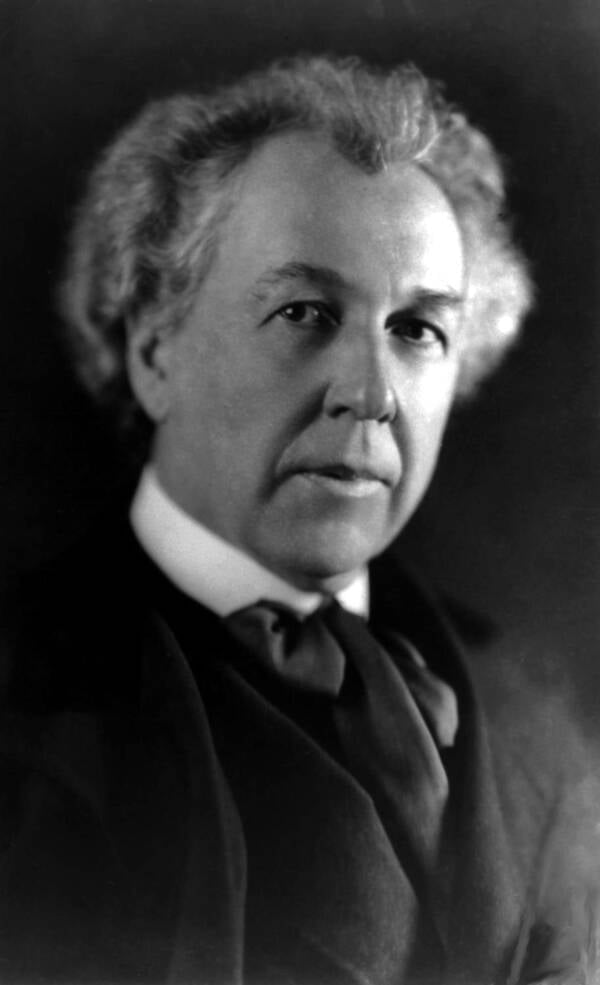 Public DomainFrank Lloyd Wright and Mamah Borthwick began their affair around 1906 before moving to Europe together three years later.

The media had been in a frenzy about Borthwick and Wright’s relationship for years, but when they moved into Taliesin, it reached a new peak. Residents decried the affair, and according to HISTORY, the local school superintendent even said, “The scandal is bound to have a demoralizing effect on the school children of the community. It is an outrage to allow young men and women and boys and girls to grow up in the belief that a man and woman can go disregard the marriage bonds.”

In response, Wright reportedly said, “Two women were necessary for a man of artistic mind — one to be mother of his children and the other to be his mental companion, his inspiration and soul mate.”

For three years, Wright and Borthwick lived quietly at Taliesin. But on Aug. 15, 1914, that all changed.

The Violent Murder Of Mamah Borthwick

In the summer of 1914, Frank Lloyd Wright was working on the design for Chicago’s Midway Gardens, and he frequently traveled into the city to supervise the work. In fact, he was there on August 15 when one of his servants suddenly went on a murderous rampage, killing seven people as they dined at Taliesin.

The exact story varies a bit, even in newspaper articles that were published in the days following the attack, but several facts are agreed upon.

Mamah Borthwick’s two children, who were 12 and eight years old at the time, were visiting her at Taliesin. They had just sat down to lunch on the porch, while six other laborers and draftsmen who worked for Wright ate in the dining room.

HISTORY reports that Wright’s handyman and servant, Julian Carlton, suddenly took a hatchet to the back of Mamah Borthwick’s head as she ate her soup, then killed her children as well. He then poured gasoline beneath the door of the dining room, lit it on fire, and butchered the other workers as they tried to escape.

One of the survivors, Herbert Fritz, gave a statement to the Tribune about the incident:

“We had just been served by [Carlton] and he had left the room when we noticed something flowing under the screen door… Just as I was about to remark the fact a streak of flame shot under my chair, and it looked like the whole side of the room was on fire.” 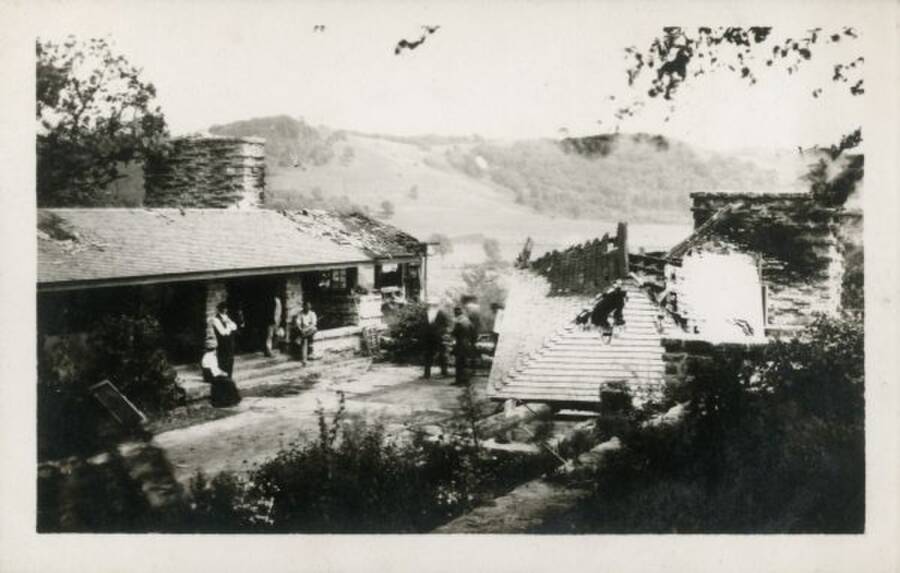 Public DomainThe remains of Taliesin after Julian Carlton killed seven people and set the house on fire in 1914.

Fritz then described how he jumped out of a window to escape before trying to return to the house to help others. Instead, he had to run for his life again as Carlton massacred his fellow employees.

He continued, “I saw [Carlton] run back around the house, and I followed in time to see him striking at the others as they came through the door to the court.”

In all, seven people died, including four employees. As emergency workers put out the flames and searched for Carlton, they tried to piece together what could have caused the servant to commit such an atrocity.

Julian Carlton was found inside Taliesin’s basement furnace hours after his grisly spree. He had swallowed acid, but it hadn’t yet killed him. Unfortunately, it damaged his digestive tract so severely that he died of starvation seven weeks later, never having given a motive for his crimes.

HISTORY reports that his wife, Gertrude, who worked as a cook at Taliesin, noted that he’d been acting paranoid in the weeks leading up the attack, keeping a hatchet next to his bed. There were rumors that the other workers had been calling Carlton — an immigrant from Barbados — racial slurs and that Mamah Borthwick had recently informed him that he and Gertrude should seek employment elsewhere.

Others speculate that Carlton simply suffered a mental health crisis. Regardless of the reason, Frank Lloyd Wright’s lover was dead, and their “Castle of Love” was in ruins.

Amidst the tragedy, the press still found a way to fixate on Wright and Borthwick’s affair, going as far as to say that “the tragic ruin of the ‘kingdom of love'” was “the strongest argument that the Avenging Angel still flies.” 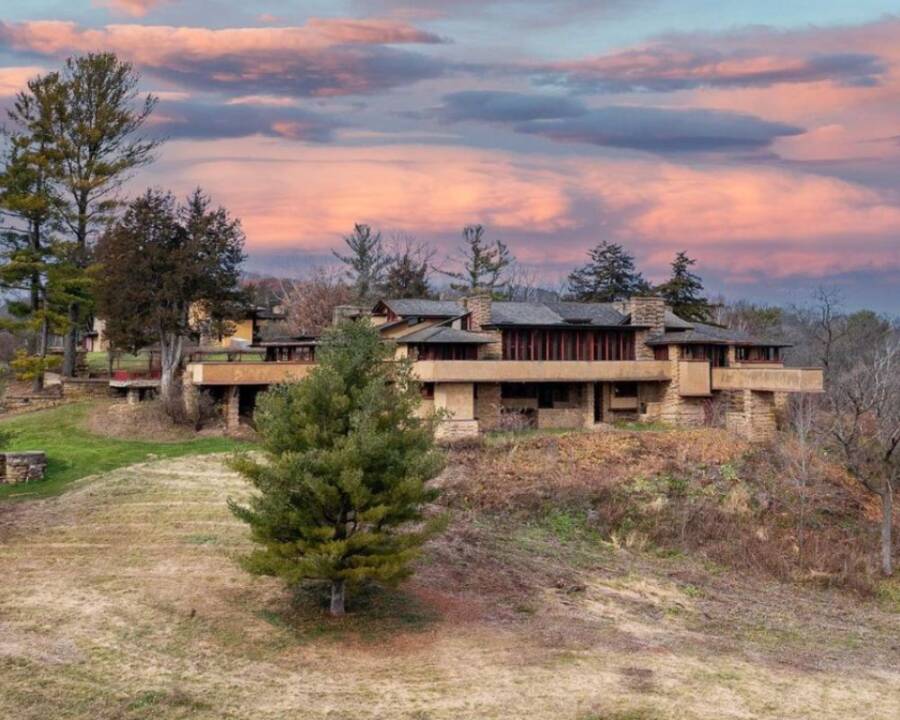 taliesinwi/InstagramToday, visitors can tour the interior of Taliesin and learn more about its macabre history.

Frank Lloyd Wright rushed back to Taliesin as soon as he heard the news of the fire, likely learning about Borthwick’s death from reporters looking for a comment on the matter. He told the Tribune, “Three days ago, when I last saw [Carlton], he seemed perfectly normal. He must have lost his mind — and yet I cannot believe the news is true.”

Wright asked his carpenters to build Mamah Borthwick a simple pine coffin, filled it with flowers from the garden she’d planted, and had her buried in his family’s plot. He then set to work rebuilding Taliesin.

Today, visitors to the historic site are able to learn not only about the home’s morbid past but also of the influence Mamah Borthwick had on Frank Lloyd Wright’s life and ideology.

After reading about the life and death of Mamah Borthwick, go inside some of Frank Lloyd Wright’s most iconic builds. Then, learn how the famed architect practiced sustainable design before it was a movement.