Florida Man Fleeing Cops Is Brought Down By His Own Pants

Previous records claim he was 250 pounds, but on Tuesday he was reported to be just 160 – so maybe he just hadn't found time to shop yet. 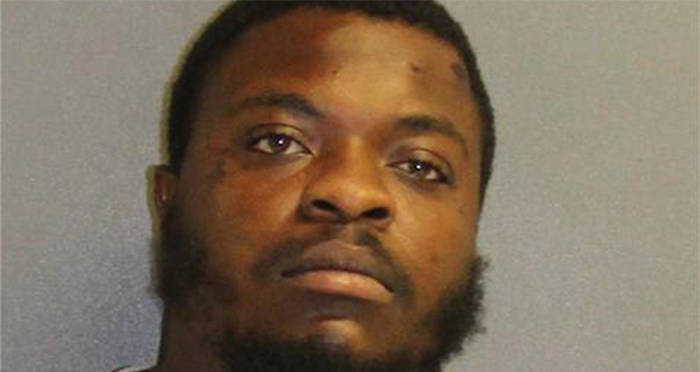 A Florida man’s wild attempt to escape police was brought to an end when his own pants betrayed him and fell, tripping him.

Tobias Smith was driving an unregistered car on Tuesday in Daytona Beach when the debacle began. When a marked police cruiser attempted to pull him over for the registration error he fled, leading the cruiser to call for backup.

After refusing to stop, Smith proceeded to run a red light, after which he rammed into another car, causing $10,000 in damages and terrifying the passenger inside. Despite the fender bender, Smith kept going in his car, hitting a light post and eventually crashing into the front of a barbershop. The shop had several customers inside and sustained $3,000 in damage, though police say no one inside was injured.

His vehicle out of commission, Smith then jumped out of his car and attempted to continue fleeing the police on foot. He didn’t get very far, however, as while he was running his pants began to slip. As they fell down around his knees, they caused him to stumble and fall.

This isn’t Smith’s first run-in with the law. He’s appeared at the Volusia County jail seven times, and spent more than four months in federal prison, according to the Miami Herald. The Herald also reported that Smith was out on bond, after being arrested in March on battery and false imprisonment charges.

This is also his second hit-and-run. In January, Smith was accused of intentionally ramming into his ex-girlfriend’s car with a stolen car.

While he has quite the police record under his belt, it seems that a belt is the one thing he could have used on Tuesday. Maybe he should have listened to this guy.

Next, check out the burglar who was caught after using a victims toilet, and forgetting to flush. Then, read about the mysterious exploding pants epidemic of the 1930s.