Still rebuilding after another fire destroyed his house years ago, California resident Chad Little risked his life to defend his property — armed only with a 30-pack of Bud Light. 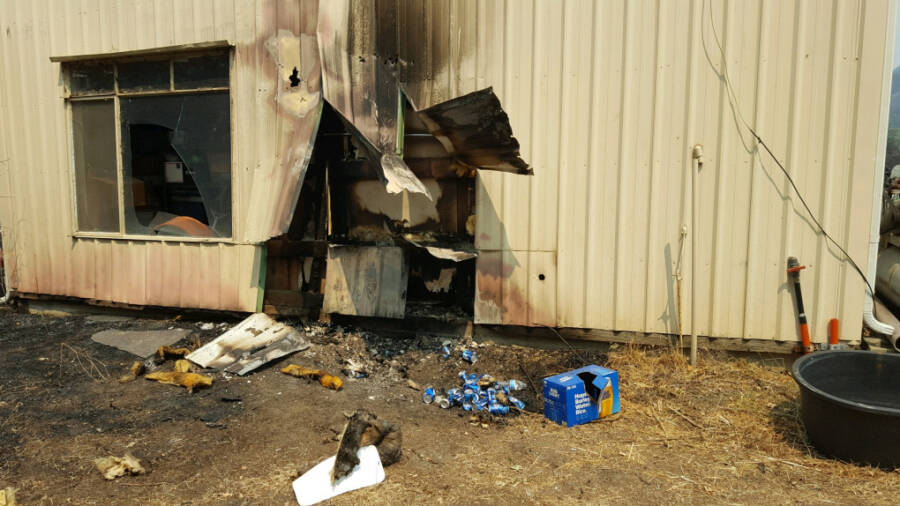 Chad Little via The Mercury NewsA California man used cans of beer to keep fires from approaching his home.

When Chad Little woke up on Aug. 19, 2020, he had no idea that he would find himself in a dire situation amid the California wildfires — or that he’d be using cans of his favorite brew to save his family’s home.

According to California news outlet The Mercury News, Little had come face-to-face with the raging fires of the LNU Lightning Complex which have burned over 300,000 acres.

Little and his family had prepared for the possibility that the out-of-control fires would reach their property off Pleasants Valley Road outside of Vacaville, where the fires already ravaged parts of the area.

The family had packed their things and were ready to go. But when the first fire reached their property, Little refused to leave.

“I had a lot of friends and family trying to fight with me to get me to leave, but I wasn’t gonna do it,” said Little, who lost his old home in a fire five years ago. He wanted to stay and protect his new home — which is still being built after years of insurance and litigation issues from the previous fire. 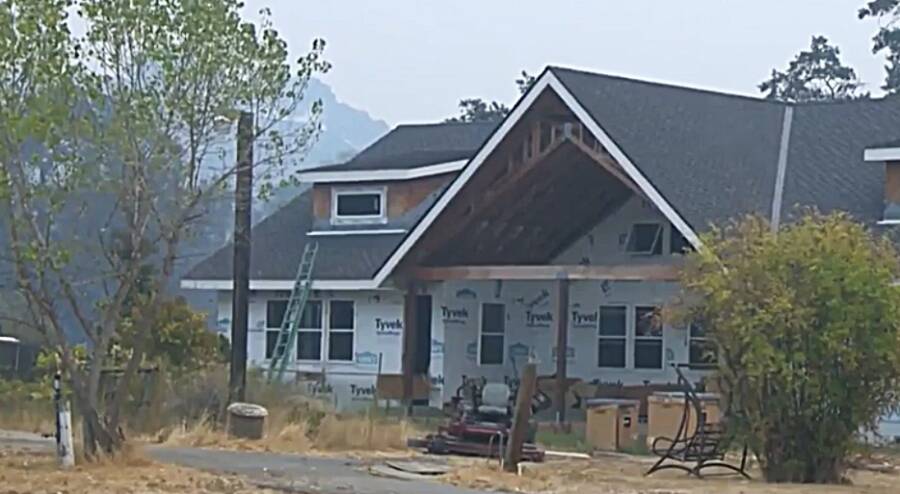 Screengrab from KCRA3Front of the new home being rebuilt by Little and his family.

He added: “I spent five years getting to this point…I’m not going to start over from ground one.” His decision to stay and guard his new home to avoid losing it to another fire is understandable. It was also a major risk.

Now, a week after Little’s fire battle, the extent of the LNU Lightning Complex fires is clear: more than 900 homes were destroyed along with 351,817 acres of Sacramento land. At least five people were killed.

To make matters worse at the time, the abundance of water Little thought he would have to extinguish the approaching fires — sourced from the Solano Irrigation District water with firehoses and fire hydrants around the property — was unexpectedly gone. The water had been shut off.

“Then I got scared,” he said. “It was kind of like an eye-opening that I could be in trouble.” Little did what he could to put out the encroaching fires, raking and shoveling away dry grass and using half-buckets of water he had. But it was not enough.

Little began to panic as he saw the fires inch closer to his workshop where he stored his equipment and materials for his work as a steamfitter, welder, and UA Local 342 member, a union for plumbers and pipefitters. 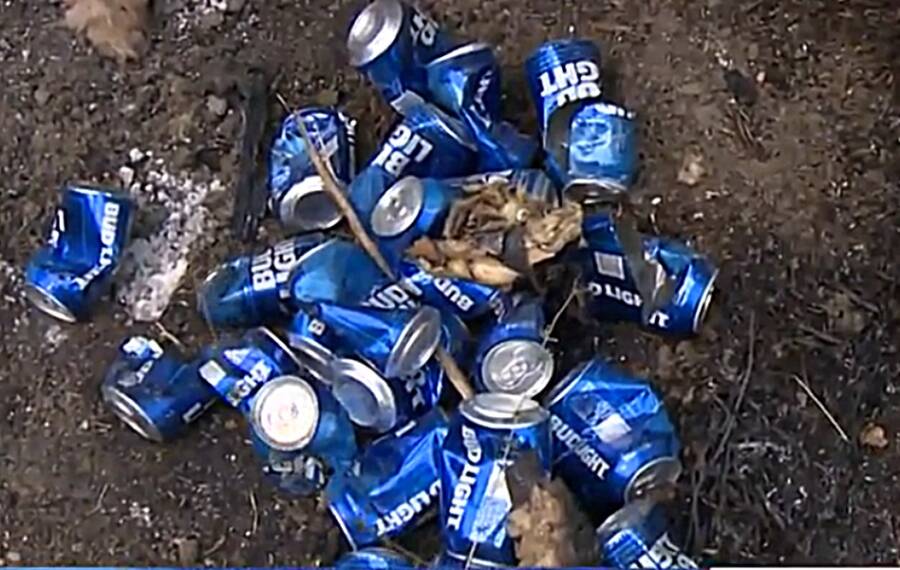 Screengrab from KCRA3Pile of empty cans from Little’s attempt to stave off the flames.

Then, he spotted the only other source of liquid he could find on his property: beer. Fortunately, Little had a full 30-pack of Bud Light beer. He decided to use the canned brew to put out the fire that was threatening his property. He found a nail and punctured a hole in the cans to allow a controlled spray of beer out toward the flames.

“When I first grabbed the cans of beer and ran down there, I was shaking them up and opening them up but it was just dispersing too quick,” Little recalled of the DIY fire extinguisher. “When I saw that nail, I would just puncture a hole and shake as I was going, and I could aim it and concentrate on the bad parts (of the fire).”

The cans of beer worked to stall the flames long enough until a fire truck passed through his neighborhood and Little was able to get help from the professionals. His carport — and several of the family’s vehicles parked there — were consumed by the fire. But his house stayed safe.

More importantly for Little, whose children had been traumatized by the 2015 fire that destroyed their house before, his kids were able to return to a still-standing home. Surely after this, he’ll always be well-stocked on beer, just in case of an emergency.

“My buddies all tease me about drinking water-beer,” he said. “I say, ‘hey, it saved my shop.'”