He sent a picture of himself holding the grenade, with the pin clearly removed, to a friend. 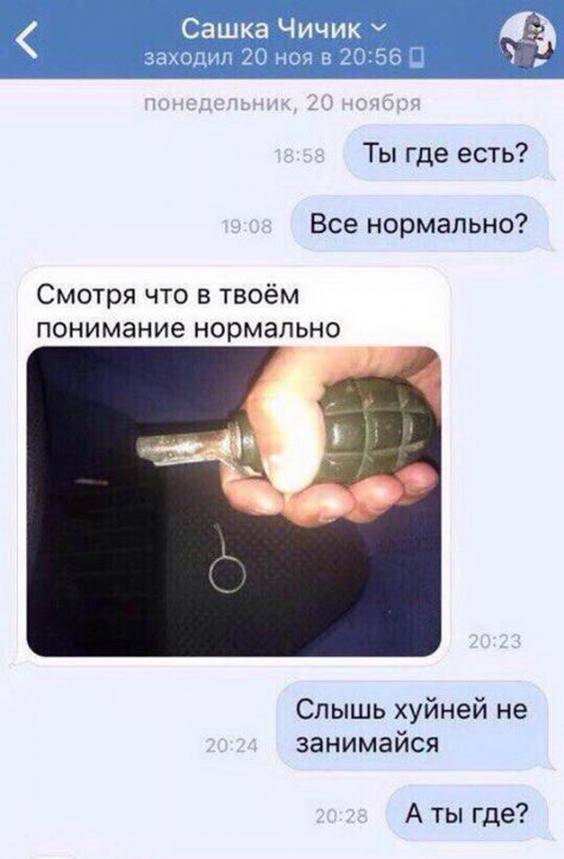 East2West NewsA text exchange where Chechik shows off his grenade.

A Russian man who posed with a grenade after removing the pin, died shortly after when he did not replace it in time.

26-year-old Alexander Chechik was taking pictures of himself with a hand grenade for social media on Tuesday when he accidentally blew himself up, reported the Independent.

Chechik, a native of the Russian city Labinsk, had posted images of himself with a grenade, prompting one of his friends to text him: “Where are you? Are you OK?”

Chechik replied with a picture of himself holding the grenade, with the pin clearly removed.

He also texted back saying, “It depends by what you mean OK.”

His friend, clearly unamused and aware of the real danger his friend was putting himself in, responded, “Listen, don’t f*** around. Where are you?”

Shortly after sending these texts, the grenade Chechik was holding exploded, killing him. 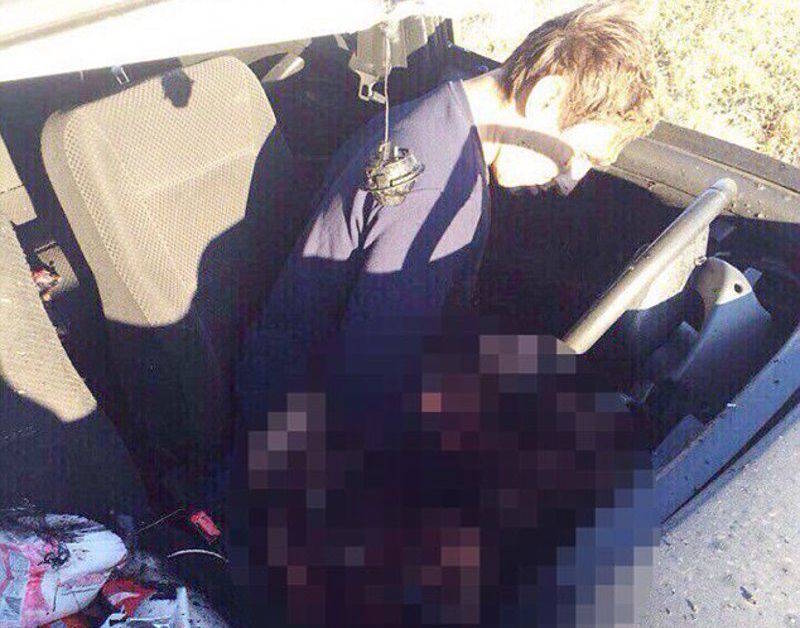 East2West NewsChechik after the grenade detonated.

A police source told the Russian news agency Interfax that, “Apparently the guy did not manage to insert [the hand grenade pin] back in. The explosion broke him in half.”

Police believe that Chechik thought that as long as he did not throw the grenade, he could remove the pin without it exploding.

Due to this reason, Chechik’s death is being investigated as an accidental death rather than as a suicide.

The Russian Investigative Committee is investigating how Chechik was able to obtain this illegal weapon.

Next, watch this video of a drunk Russian man trying to feed a captive bear, but getting his arm bitten off. Then, read how a teen dies from a falling bullet fired during a July Fourth celebration.