Inspired by 19th-century economist Henry George, billionaire Marc Lore wants to do away with private land ownership and let the people decide how to operate his utopian city of Telosa. 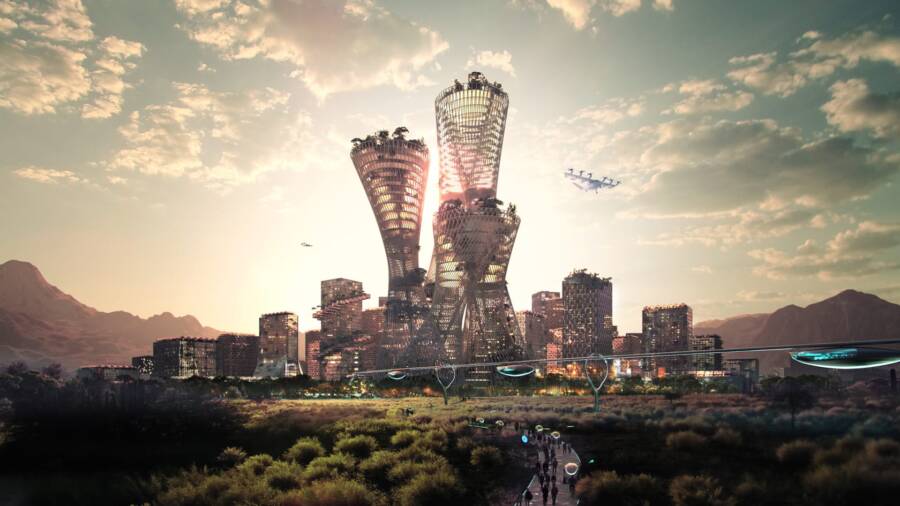 Bjarke Ingels GroupThe city of Telosa aims to provide all citizens with equitable education and healthcare.

Marc Lore is no stranger to the accumulation of wealth. The internet billionaire founded two startups that he sold for $550 million and $3.3 billion. However, he has since become aware of just how wide the gap between the rich and poor truly is and now wants to build a desert city from scratch to create a modern utopia called Telosa.

Lore isn’t the first to propose reinventing urban planning for the modern era. According to Bloomberg, there are currently about 150 so-called “smart city” projects around the world being financed by private entities or governments. For Lore, none of these efforts are rooted in narrowing the wealth gap.

The city is called Telosa, after the ancient Greek word telos, meaning “highest purpose.” According to Fortune, it would provide all five million citizens with a fleet of electric autonomous cars, indoor farming, high-speed public transportation, education, and healthcare for all.

To do so, Lore has decided to tackle the issue of land value and ownership head-on. He plans to start a foundation that owns the land, while citizens will still be free to build and sell their homes.

As the growing city attracts investors, any money earned by the foundation will directly fund all social services — doing away with the litany of property taxes traditional capitalism requires. 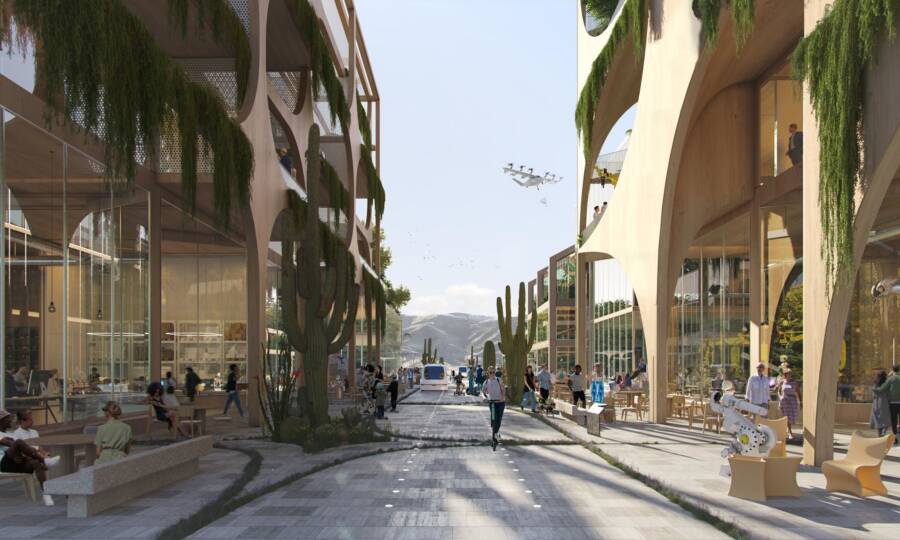 Bjarke Ingels GroupCitizens will be able to reach any destination within 15 minutes of leaving their home.

Lore wants to buy about 200,000 undeveloped acres, with planners scouting locations in Nevada, Utah, Idaho, Arizona, Texas, and the Appalachians. He’s already hired the Bjarke Ingels Group (BIG) to work on Telosa’s preliminary architecture with sustainability and economic fairness at the forefront.

The former Walmart executive took inspiration from 19th-century American economist Henry George, who blamed economic inequality at the feet of private land ownership. Lore believes, like George, that people and society create the value of an otherwise worthless plot of land — but rarely get much in return.

“If you went into the desert where the land was worth nothing, or very little, and you created a foundation that owned the land, and people moved there and tax dollars built infrastructure and we built one of the greatest cities in the world, the foundation could be worth a trillion dollars,” said Lore.

“And if the foundation’s mission was to take the appreciation of the land and give it back to the citizens in the form of medicine, education, affordable housing, social services: Wow, that’s it!” 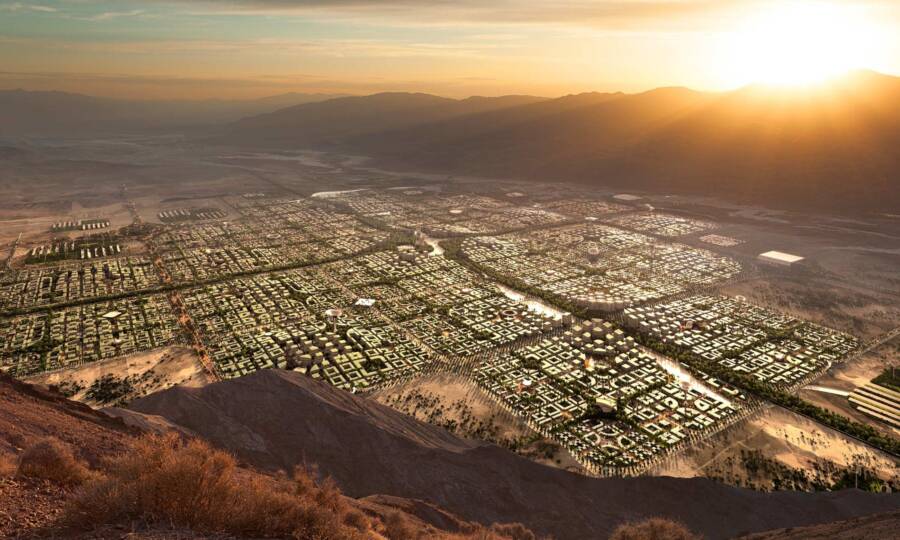 Lore is adamant that Telosa be built with a “15-minute city design” in mind, meaning residents could reach their schools, workplaces, and recreational and shopping areas within 15 minutes of leaving their homes.

And, at the center of the city, he plans for a skyscraper called “Equitism Tower,” which would hold aeroponic farms, elevated water storage, and an energy-producing roof — resources shared by all citizens.

According to CNN, the billionaire’s dream of Telosa is sustainable energy production, a drought-resistant supply of water, and environmentally friendly architecture. Most fundamental, however, is the economic basis of the town, which he calls “equitism.”

“The answer is not higher taxes. That’s socialism,” said Lore. “Let the land be owned by the people! But in a capitalistic sort of way.” As the land value rises, so will the budget for education, transportation, healthcare, and other social services, which will be shared equitably.

“I’m trying to create a new model for society, where wealth is created in a fair way,” said Lore. “It’s not burdening the wealthy; it’s not increasing taxes. It is simply giving back to the citizens and the people the wealth that they helped create.” 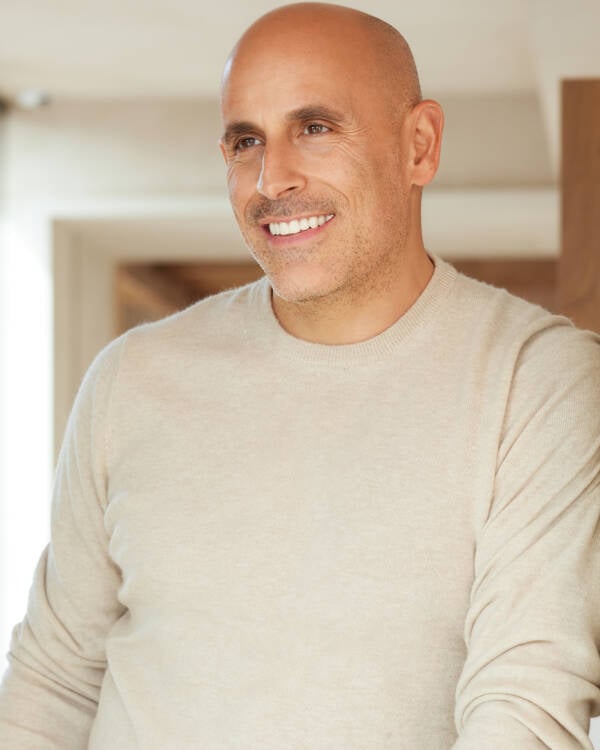 The $400 billion in funding will purportedly come from “various sources,” including federal and state grants for autonomous vehicle testing, for instance, as well as private investors and philanthropists who are most interested in reshaping society as a whole.

Planners said that Telosa citizens would have shared ownership of the land from a community endowment, and be able to “participate in the decision-making and budgeting process” of how those funds are used. Lore himself, meanwhile, calls Telosa the “most open, most fair and most inclusive city in the world.”

“The mission of Telosa is to create a more equitable and sustainable future. That’s our North Star.”

After reading about the billionaire who wants to build a utopian desert city, take a look at 55 depictions of how people in the past imagined life today. Then, learn about Henry Ford’s failed Fordlândia utopia in Brazil.