The French emperor Napoleon Bonaparte left five strands of his hair in this trademark bicorne hat. 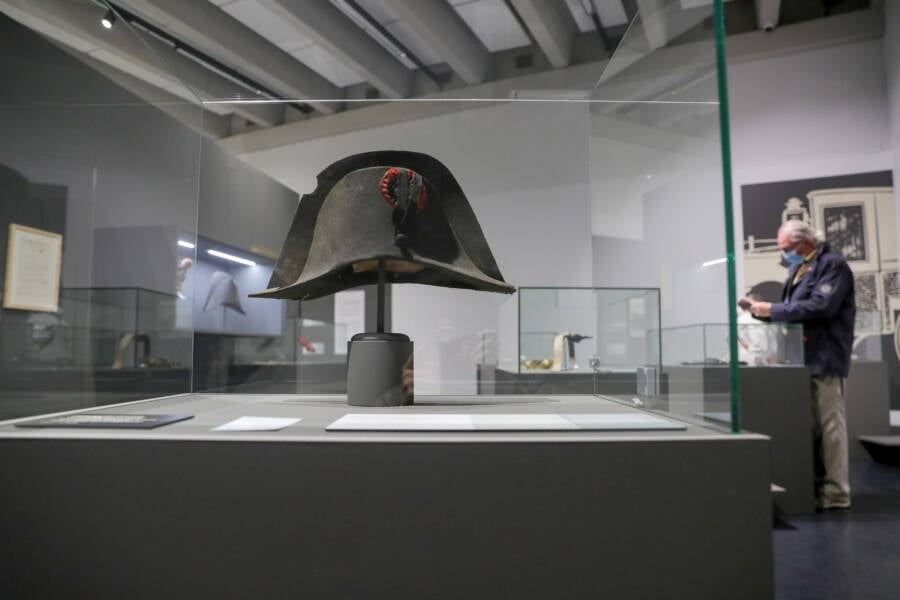 “It was purely a chance encounter,” raved Simon Cottle, the managing director for Bonhams Europe, an international auction house.

The original buyer of Napoleon’s hat first grew curious when he noticed inscriptions and other characteristics which suggested it had belonged to the French emperor. Tellingly, someone had labeled it as “Original Napoleon I.”

To investigate further, the buyer sent the hat to the Musée de l’Armée at Les Invalides in Paris. The museum confirmed that the hat in question matched the dimensions and age of Napoleon’s hats. In addition, the museum discovered that someone had cut out the hat’s leather sweatband.

“Napoleon was known to have found the sweatbands uncomfortable,” explained Bonhams Europe. “Other examples of his hats also show that they had been cut out.” 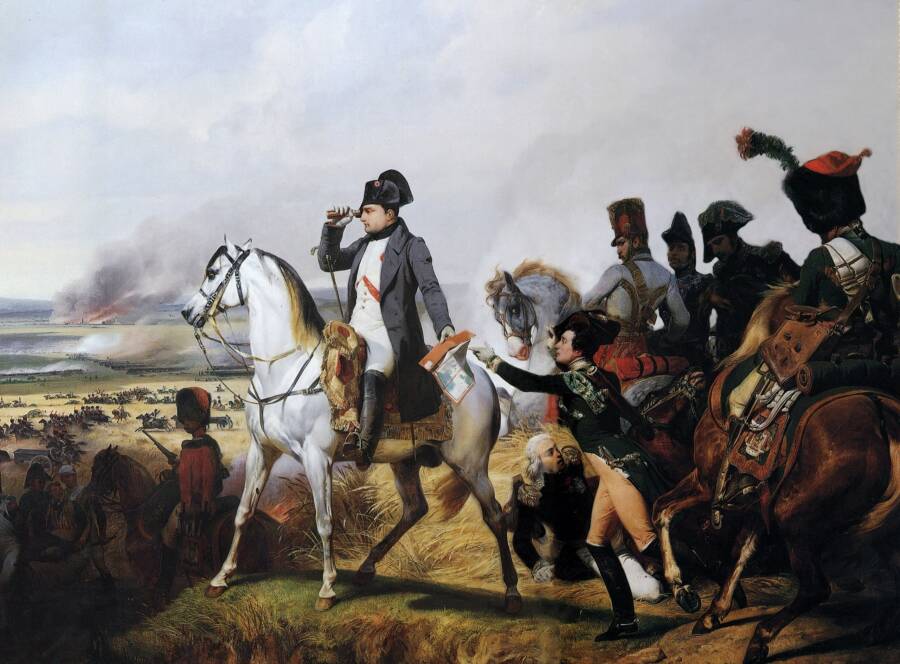 Wikimedia CommonsNapoleon, wearing his famous hat, at the Battle of Wagram in 1809.

Though all the data so far suggested that the hat had belonged to Napoleon Bonaparte, a French molecular geneticist named Professor Gerard Lucotte also tested hair found inside for Napoleon’s DNA.

Lucotte, who had previously identified markers for Napoleon’s DNA, pulled a number of hairs from the hat. Using spectroscopy, he made a thrilling discovery — the hair indeed belonged to Napoleon.

“Five hairs were discovered when the contents of the hat were examined very closely,” Cottle explained. “And two of those hairs were then followed up, and they carried the marker of Napoleon.”

Without a doubt, the hat had once belonged to the French emperor. 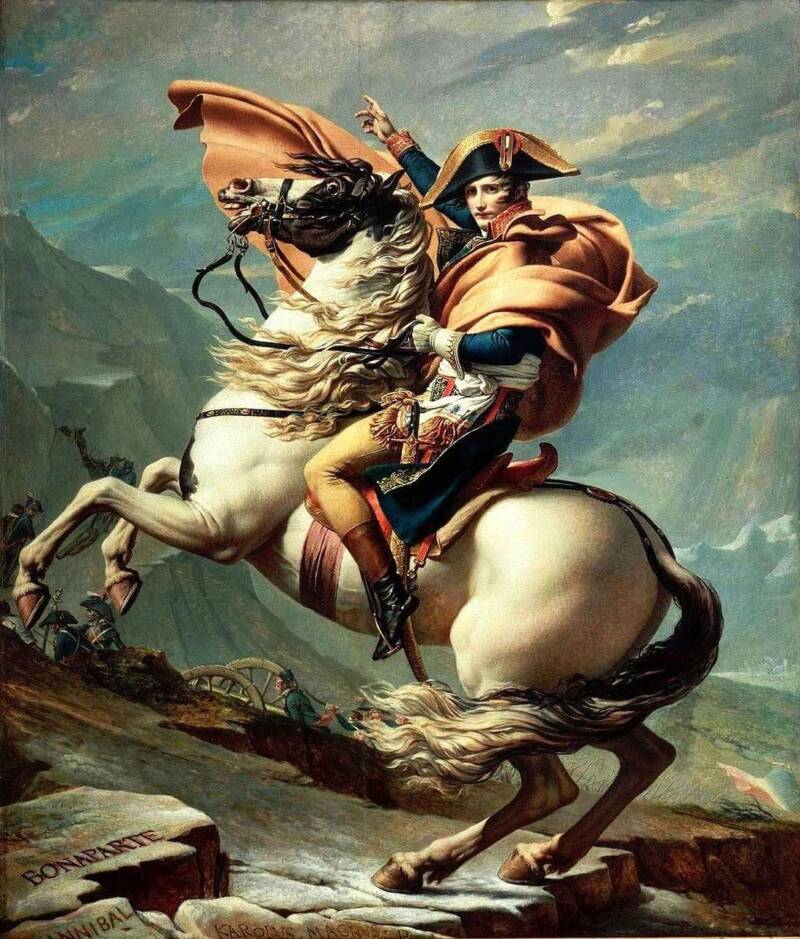 PixabayNapoleon’s hats were one of his defining features.

According to Bonhams Europe, Napoleon Bonaparte started wearing a bicorne hat around 1799. By then, he had risen from a Corsican-born soldier to seize total power in France.

Five years later, he crowned himself emperor and set out to conquer Europe.

As Napoleon’s power spread, his image became intertwined with his bicorne hats. The emperor wore his hat sideways so that his soldiers could immediately identify him on the battlefield.

And as he swept through Europe, demolishing the 1,000-year-old Holy Roman Empire and bringing other countries to their knees, a Paris company called Poupart et Cie. loyally kept producing the bicorne, beaver-felt hats. In all, they made about 120 hats for Napoleon.

Bonhams Europe believes that Napoleon wore the most recently discovered hat during the battles of Jena and Auerstadt in 1806.

But the hat stayed with Napoleon in defeat, too. After his crushing Russian retreat, Napoleon fell from power and was exiled — twice. On May 5, 1821, Napoleon died on the island of St. Helena. 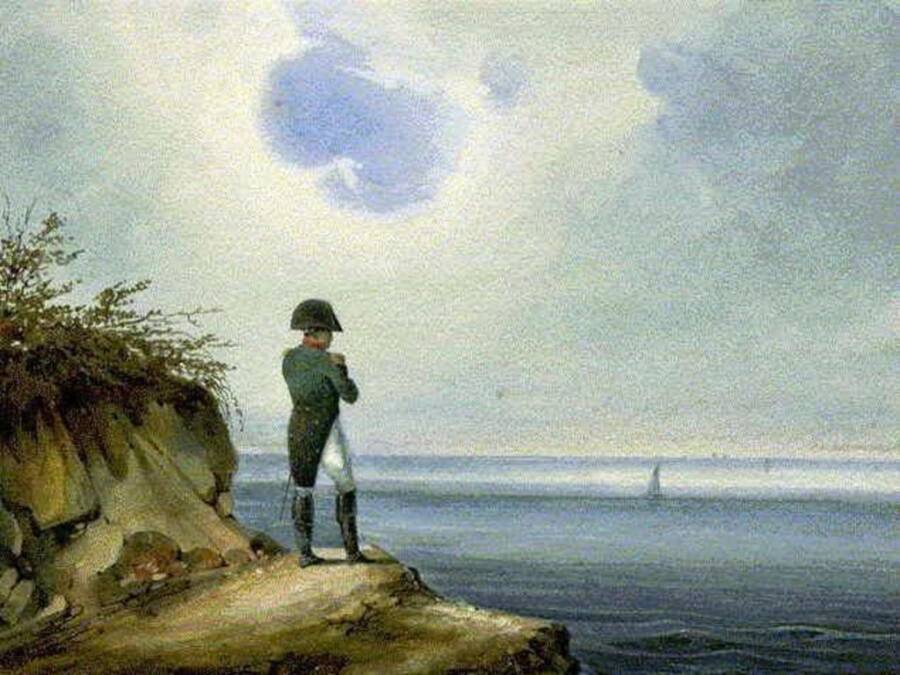 Wikimedia CommonsNapoleon and his hat depicted on Saint Helena’s in 1820.

Since then, only between 20-30 of Napoleon’s hats have survived. One of them — the hat in question — somehow made its way from Napoleon’s head to a Berlin-based theatrical costumier named Leopold Verch.

Though most of Napoleon’s hats were passed down in noble families, Verch kept this one in his collection. There it stayed — until it made a mysterious journey to a German auction house.

The “first hat to bear the Emperor’s DNA,” Napoleon’s hat is currently on display in Hong Kong. It will move next to Paris, and then London, where it’s expected to fetch up to £150,000 pounds at auction.

However, Cottle says that that bid may be conservative. Other Napoleon hats have sold for millions. In 2014, the last-known hat belonging to Napoleon sold for $2.4 million.

After reading about Napoleon’s hat, look through these fascinating facts about France. Or, learn why the Eiffel Tower was built — and why so many people hated it.