On September 11, 2001, Marcy Borders escaped her office in the World Trade Center just before the Twin Towers collapsed. Soon after, she was photographed covered in ash from head to toe and became known as the "Dust Lady."

After the 9/11 terrorist attacks destroyed New York City’s Twin Towers, countless heart-wrenching photos from the tragedy began to emerge. Among them was the iconic photo of the “Dust Lady,” a woman named Marcy Borders who was dressed in professional attire — and covered in concrete dust from head to toe. 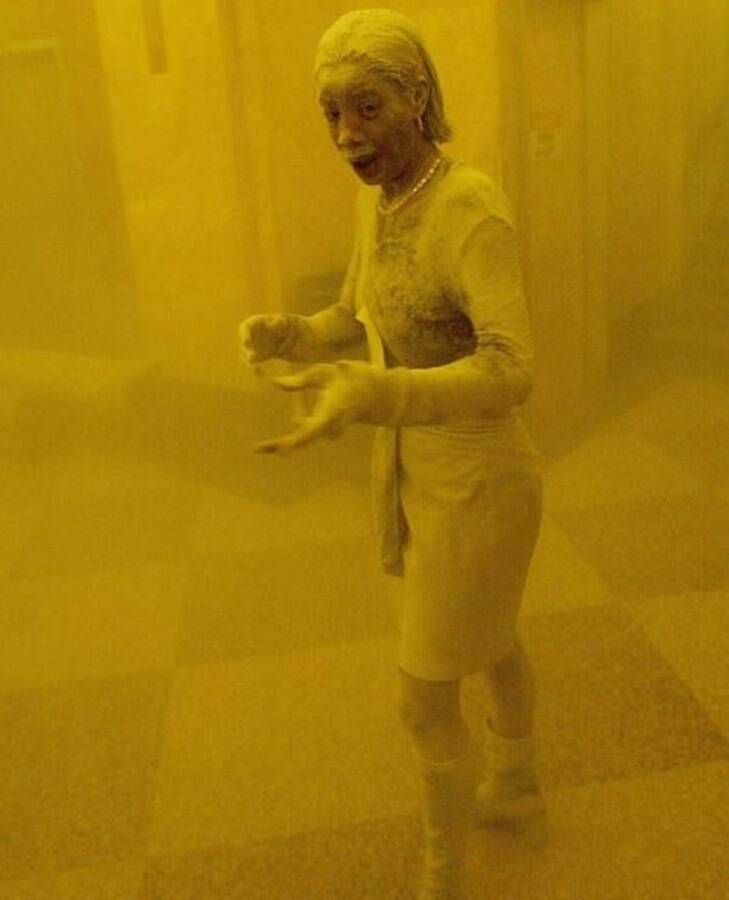 Underneath the layer of soot, her expression clearly conveys the shock of what she’d just survived. But although she lived through 9/11, Marcy Borders would later endure a decade-long struggle with trauma before she succumbed to cancer in 2015. This is the haunting story of the “Dust Lady.” 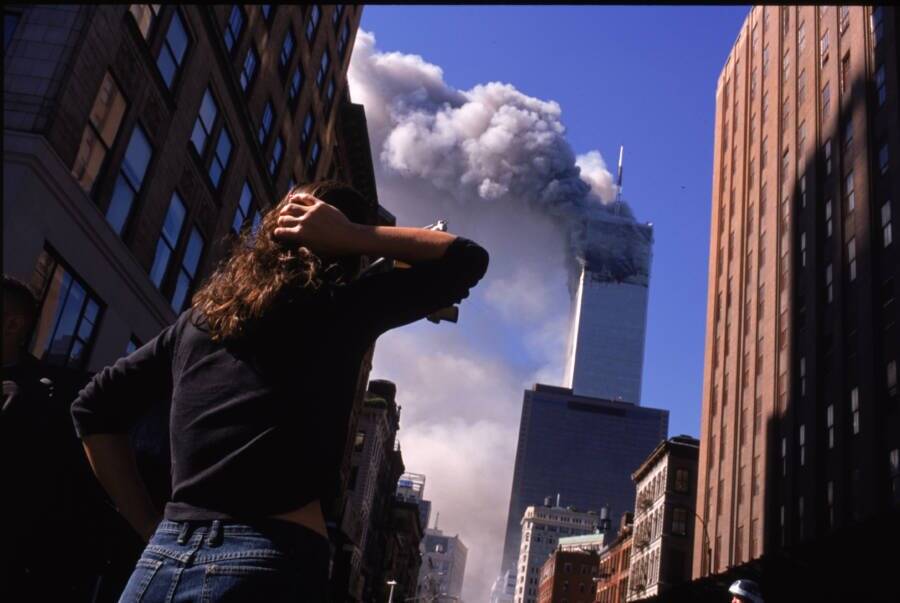 Andrew Lichtenstein/Corbis via Getty ImagesChaos erupted after an American Airlines flight was hijacked by terrorists and crashed into the World Trade Center in New York City.

At 8:46 a.m. on Sept. 11, 2001, Marcy Borders and her Bank of America colleagues were at work in the North Tower of the World Trade Center when they suddenly felt the building shake violently. At first, they didn’t know what had caused the unnerving quakes.

As it turned out, an airplane that had been hijacked by al Qaeda on its way from Boston to Los Angeles had just crashed into the building. It struck the tower between the 93rd and 99th floors — just 12 stories above where Borders was sitting.

Borders, then 28, began to panic in front of her coworkers.

“They tried to calm me down, told me to relax, take deep breaths, but the way the building was shaking, I couldn’t sit there,” Borders recalled. Her nerves quickly gave way as she witnessed chairs, office supplies, and — most horrifyingly — people, crashing down outside past the windows. Borders headed for the stairs. 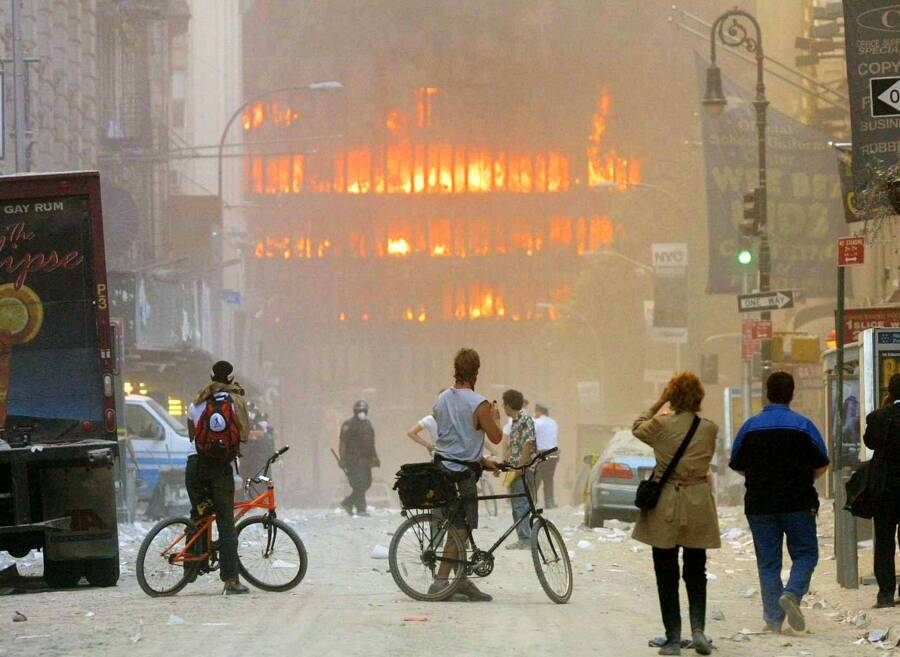 Mario Tama/Getty Images
Horrified onlookers stare in disbelief at the World Trade Center as smoke and ash fill the air.

As she made her way down 81 floors, Marcy Borders saw even more disturbing things unfold.

As terrified civilians ran down the narrow stairs, firefighters came running up in the opposite direction. They brushed past Borders, shouting, “Run, and don’t look back!”

These images would stay with Marcy Borders for the rest of her life, just as the iconic photo of her covered in dust would soon haunt the world from that day forward.

The Story Behind The “Dust Lady” Photo 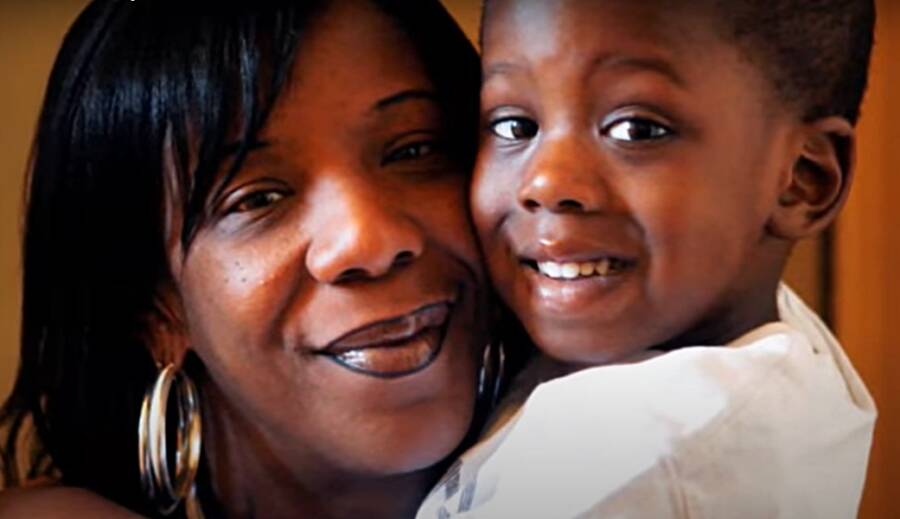 Marcy Borders made it out of her building just as the South Tower collapsed. In less than two hours, both of New York’s iconic Twin Towers would fall, spewing massive clouds of debris and ash.

Amidst the chaos, a stranger pulled Borders to safety as she was followed by a cloud of dust from the collapsed South Tower.

By the time Borders and her rescuer made their way to a nearby lobby, the young clerical assistant was covered in soot that enveloped her whole body except parts of her face.

“I try to take myself from being a victim to being a survivor now. I don’t want to be a victim anymore.”

Freelance photographer Stan Honda, who was covering the chaos at Ground Zero for the AFP, was also sheltering inside the lobby.

“You could tell she was nicely dressed for work and for a second she stood in the lobby,” Honda recalled the moment he saw Borders. “I took one shot of her before the police officer started to direct people up a set of stairs, thinking it would be safer off the ground level.” 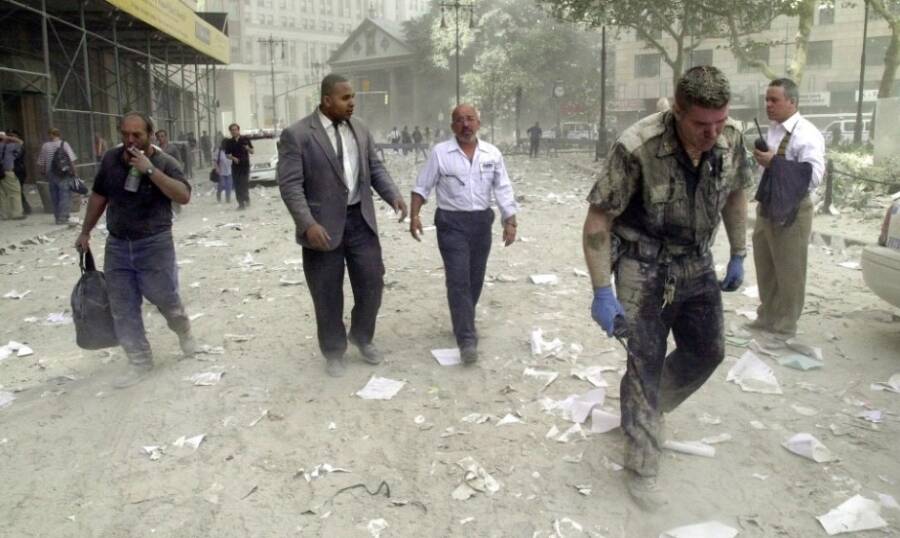 The image of Marcy Borders, covered in dust after she just barely escaped one of the most violent terrorist attacks in recent history, quickly became Honda’s most recognized photo from the day.

It was published in newspapers and magazines all over the world. After the photograph’s release, the AFP received a phone call identifying the “Dust Lady” as Marcy Borders.

The 9/11 terrorist attacks killed 2,977 people and caused an estimated 25,000 injuries. Others, like Marcy Borders, survived the incident but endured decades of physical and mental anguish. 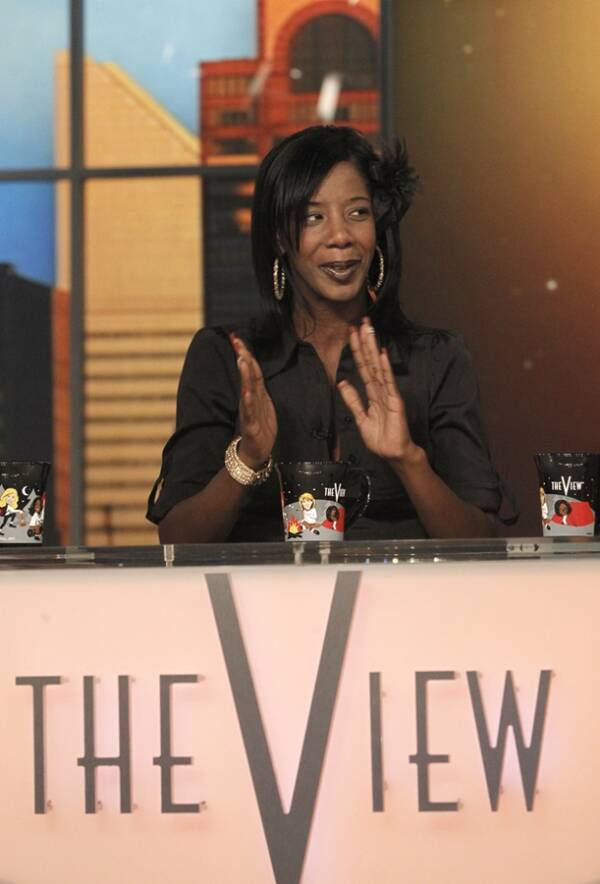 Marcy Borders counted herself among the lucky ones. Still, she suffered from unimaginable harm after the attack.

“She was scared. She told me she was afraid to go back into New York, that she was frightened of tall buildings and planes,” said Honda, who came to Bayonne, New Jersey, to interview Borders a couple weeks after the attacks.

The trauma she endured that day would lead to a decade-long battle with depression and substance abuse. Years after, she was still too terrified to venture into Manhattan and mostly stayed near her home in New Jersey.

In 2014, Marcy Borders was diagnosed with stomach cancer, just a few years after recovering from substance abuse and doing multiple stints in rehab. Before her death, she revealed that she was struggling to pay off $190,000 in medical bills.

It’s unclear whether her stomach cancer was directly caused by the toxic fumes she inhaled at Ground Zero. But as of August 2015, about 3,700 survivors and first responders who had been nearby the World Trade Center site had been diagnosed with cancers linked to the terrorist attack.

To the world, Marcy Borders became known as the “Dust Lady” of 9/11 through her famous photograph. But to her family and friends, she was more than a victim; she was Marcy.

“Not only is she the Dust Lady, but she is my hero,” her daughter Noelle said. “And the dust has settled, and she is free now.”

Now that you’ve gotten to know the real woman behind the “Dust Lady” photo from 9/11, read the story behind the doomed fire truck heading toward the burning Twin Towers. Then, learn the tragic story behind the “The Falling Man” photo, another iconic image from the 9/11 tragedy.