The analysis of Marie Antoinette's letters to a Swedish count revealed words like "beloved" and "tender friend," suggesting their relationship was more than a close friendship. 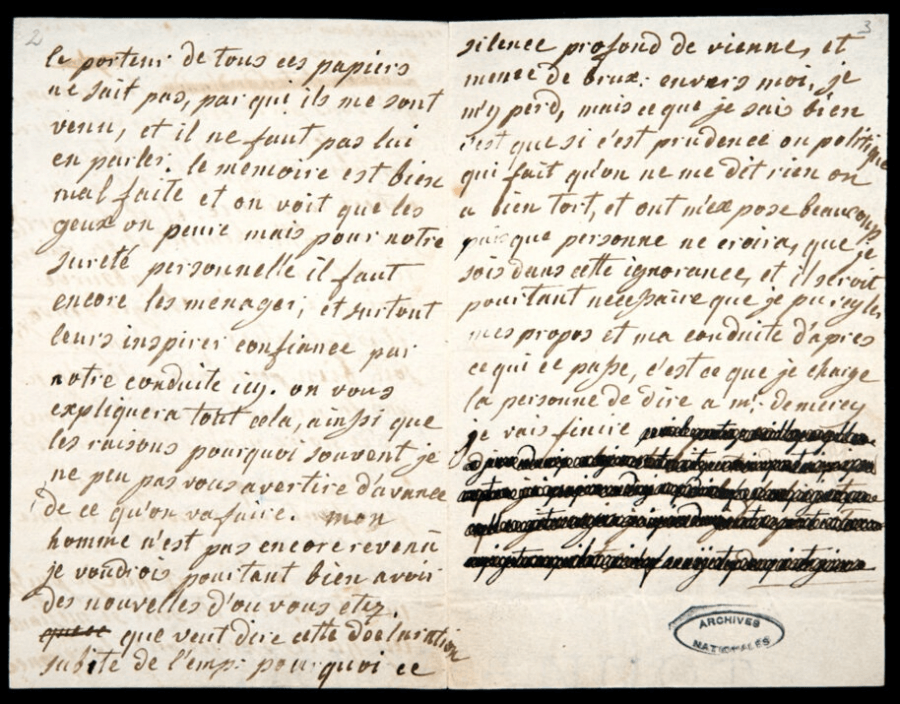 French National Museum of Natural HistoryThe swirly black ink atop the text in Marie Antoinette’s letters had made them impossible to read until now.

For two centuries, a censor’s squiggly black ink made letters exchanged between French queen Marie Antoinette and the Swedish count Axel von Fersen impossible to read in full. Now, X-ray technology has helped reveal the redacted words — as well as the nature of the queen’s relationship with the count.

“The redacted passages are the most intimate passages of the correspondence,” explained Anne Michelin, an assistant professor at the French National Museum of Natural History and the lead author of a recent study on Marie Antoinette’s letters.

By using X-ray fluorescence spectroscopy — which identifies subtle differences in the ink in the letter and the ink used by the censor — Michelin and her team were able to identify 45 passages across eight letters that someone once tried to blot out. They include intimate language like “madly,” “beloved,” “adore,” and “tender friend.”

All this lends credence to the rumor that the French queen and the Swedish count had a romantic relationship.

“In this time, people used a lot of flowery language,” Michelin said. “But here, it’s really strong, really intimate language. We know with this text, there is love relationship.” 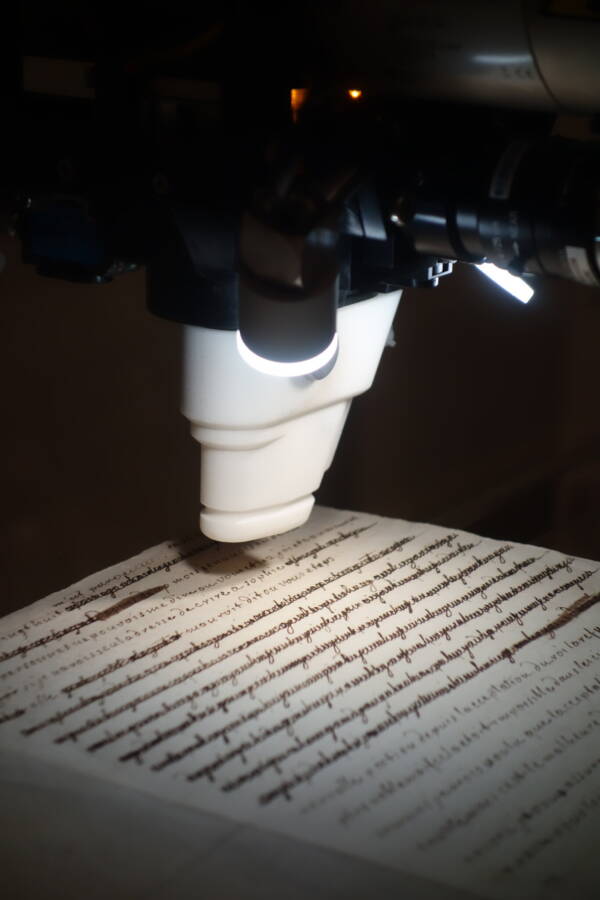 “The coincidence was too big!” Michelin said. “In addition, on one letter, Fersen added a few words above a redacted passage (his handwriting was confirmed by a specialist) but with an ink of the same composition as the redaction ink used on this same letter.”

Marie Antoinette and Axel von Fersen exchanged the letters between June 1791 and August 1792 as the French Revolution tore across the country. She was under house arrest at Tuileries Palace in Paris with her family; he was abroad, trying to elicit support for the French royal family.

In their letters, which were written on thick cotton paper, Marie Antoinette and von Fersen discussed politics and personal feelings. Overall, the blotted-out words do not change the meaning of the letters. Instead, they shed some light on the affection shared between the queen and the count.

Theirs was, however, a doomed romance. Marie Antoinette was executed on Oct. 16, 1793. Von Fersen never married. In any case, according to Michelin, their relationship was far from unusual.

“All the queens and all the kings in France had this love affair,” she noted. “It’s common.” 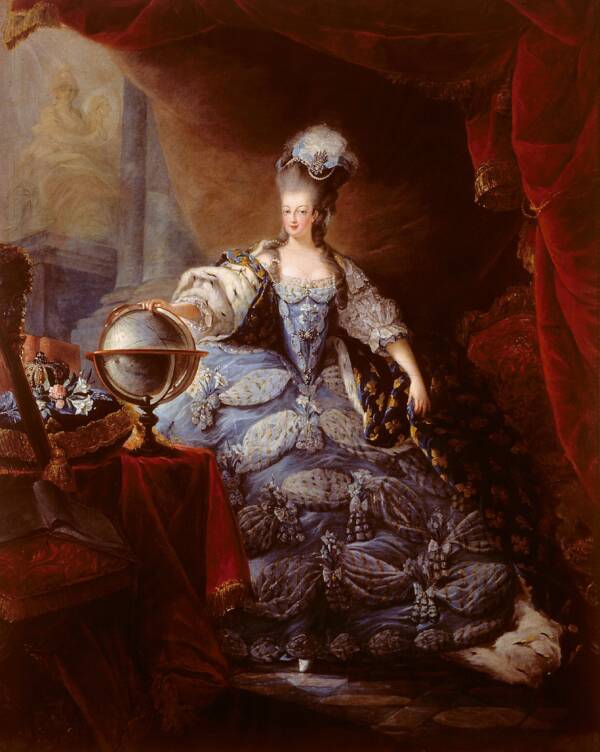 Wikimedia CommonsMarie Antoinette as depicted in 1775.

The count’s feelings for the queen also possibly explain why he chose to censor, and not destroy, the letters he received from Marie Antoinette before her death.

“Fersen probably wanted to keep this correspondence, important to him perhaps for sentimental reasons or political strategies, while protecting the queen’s honor and perhaps his own,” Michelin said.

The queen’s letters, too, include political information about the situation in France. Michelin’s speculated that von Fersen may have also wanted to show them to foreign courts to build support for Marie Antoinette and her family.

Though Michelin’s technique helped see past the censor’s ink in eight letters, seven more were too difficult to interpret. The ink in those letters was too similar for the x-ray to identify any differences.

Still, they offer a peek into the mind of one of history’s most controversial women. As Marie Antoinette awaited her execution, she spent her days writing to von Fersen. Before she died, she wrote in one letter:

“I will finish not without telling you my dear and loving friend that I love you madly and that I can never be a moment without adoring you.”