How Martha Mitchell Blew The Whistle On The Watergate Scandal

An outspoken socialite from Arkansas, Martha Mitchell tried to pull back the curtain on Watergate, but she was gaslit, dismissed, and discredited at every turn. 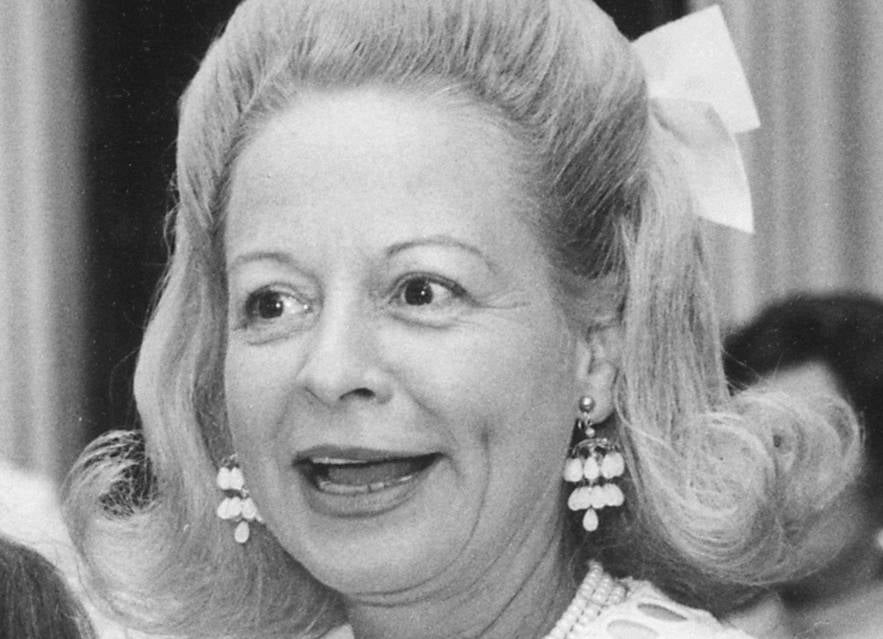 Whistleblowing is a lonely road. Without knowing whether the public will deem them heroes or traitors — or even believe their claims at all — whistleblowers take an incredible risk with no certain payoff.

And if you happen to be a known gossip reporting unprecedentedly corrupt acts committed by high-ranking government officials who are deeply trusted by the public at large? Then you’re definitely in trouble.

Martha Mitchell did exactly that — and paid the price. And the details of her nearly forgotten fame and misfortune as a whistleblower during the early days of the Watergate era, including the deplorable treatment she received at the hands of U.S. government and men working on its behalf, are hard to believe to this day.

Martha Mitchell, “The Mouth Of The South”

Though far from a household name now, Martha Mitchell, born in Arkansas in 1918, enjoyed quite a bit of fame in her day. Nicknamed “the Mouth of the South,” Mitchell was a public figure, outspoken conservative, and legendary gossip in the late 1960s and into the 1970s. In Slow Burn, a podcast about Watergate, the episode dedicated to Mitchell aptly describes her persona by comparing her to “a ferociously anticommunist Lucille Ball.” 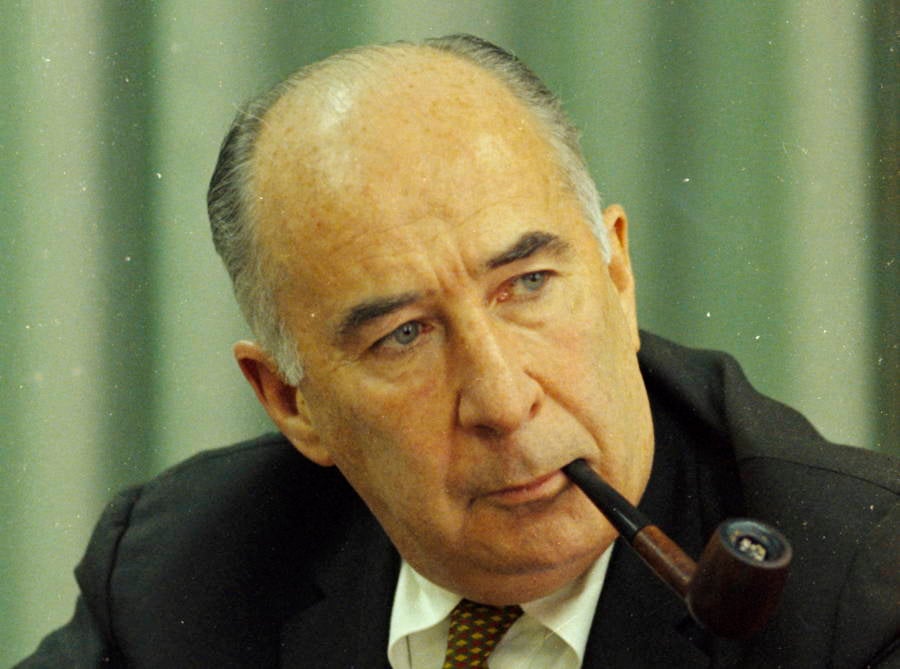 In addition to plentiful celebrity connections, Mitchell had a network of reporter friends. One of her favorite hobbies was calling them up and giving them an earful of the latest scandalous political chatter.

And the reporters listened closely because Martha Mitchell always had an inside scoop: She was married to Attorney General John Mitchell and had a habit of listening in on his phone calls and meetings. 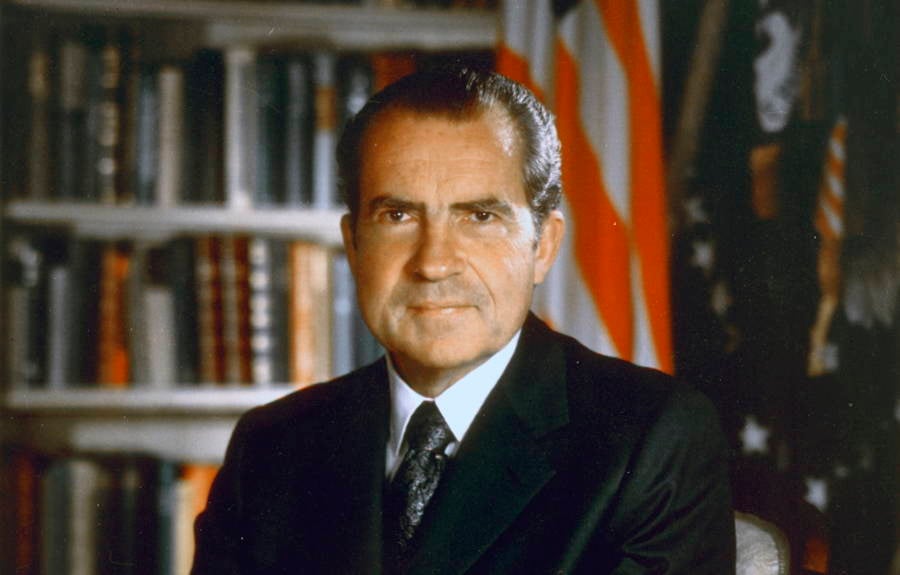 John Mitchell was a trusted member of President Richard Nixon’s inner circle and in 1972 resigned as attorney general to become director of the Committee to Reelect the President. Officially abbreviated CRP, the committee later gained the dubious nickname “CREEP” as the Watergate scandal was heating up.

The story of the scandal began in June 1972, when five men were caught breaking into the Democratic National Committee offices in the Watergate office complex in Washington, D.C.

We now know that these men were on the presidential payroll and that this event was actually their second time unlawfully entering the DNC office. One month prior, they had stolen documents and unsuccessfully tried to tap the phones. This time around, they had come back to fix the faulty wiretap and were caught red-handed.

Meanwhile, Martha Mitchell and her husband were visiting California. When the attorney general received a call informing him of the arrest of the burglars, he feared how his histrionic wife might react to the news, given that one of the men arrested, James McCord, had once served as her bodyguard. Some even say she had grown rather fond of him.

In an act of profound paranoia emblematic of the Nixon administration’s modus operandi, John Mitchell called in a professional to keep his wife under control. He tasked former FBI-agent-turned-CRP-consultant Steve King with keeping his loose-lipped wife away from newspapers and phones. 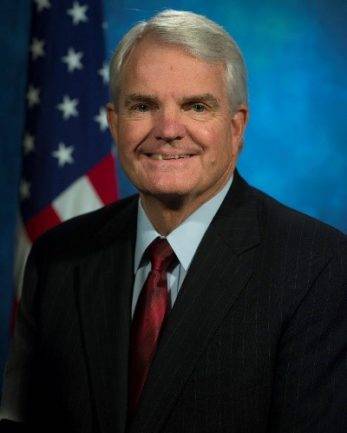 U.S. Department of StateSteve King, one of the men brought in to silence Martha Mitchell.

Of course, no one had ever been able to keep Martha Mitchell quiet, and Steve King would be no exception. Soon after the break-in, Mitchell got hold of a newspaper and learned of McCord’s arrest, as well as the fact that her husband had lied publicly about whether McCord worked for CRP. She tried to call her husband and demand an explanation but was rebuffed by a Nixon aide.

Frustrated, Martha Mitchell decided to call a trusted reporter friend, Helen Thomas of United Press International. However, Mitchell had barely started going off about “dirty politics” when Steve King ripped the phone out of the wall.

Though no one knows exactly what happened over the next few days, Mitchell later recounted her experiences to English journalist David Frost. By her account, she was held captive in a California hotel for four days, during which time Steve King kicked her and restrained her in bed while she was forcibly tranquilized by a psychiatrist.

Excerpt from a 1973 interview in which Martha Mitchell discusses Watergate and her captivity in California.

After her release, the indefatigable Mitchell spoke publicly in multiple interviews about having been “held captive.” Yet press coverage of the incident was light at best, framed more as celebrity gossip than breaking news.

While Mitchell alerted the media, her husband worked with Nixon to carry out the soon-to-be-infamous Watergate cover-up. Meanwhile, Martha had been the first to suggest that that cover-up went all the way to the Oval Office.

How Mitchell Was Discredited And Publicly Shamed

Unfortunately, the fact that whistleblowers can be discredited is one of the main reasons that more than two years passed between the Watergate break-in and Nixon’s resignation. Throughout that time, Nixon and his aides accused Martha Mitchell of being an alcoholic, liar, and unscrupulous attention-seeker.

Publicly shamed, recently divorced from her husband due to the scandal, and estranged from her children, Mitchell lived out of the public eye for two years after Nixon left office.

Nowadays, most people think of Deep Throat when they think of a Watergate whistleblower. But if Deep Throat delivered the final nail in the coffin for the Nixon administration, Martha Mitchell hammered in the very first, only to be gaslighted by the general public for the rest of her too-short life.

Today, psychologists still use the phrase “Martha Mitchell Effect” to refer to someone whose descriptions of real experiences are incorrectly labeled delusions.

Though Nixon, John Mitchell, and the rest of the Watergate participants eventually got their comeuppance, it’s worth noting that Steve King is doing just fine. In a final bizarre twist, King was named ambassador to the Czech Republic by President Trump in 2017, with no objections from Congress.

After this look at Martha Mitchell, learn the story behind the iconic Elvis and Nixon photo. Then, have a look at the most memorable photos from throughout the 1970s.