After nearly three years of suspicion, Saugerties police were able to obtain a search warrant for the home of their most likely suspects — and found the missing girl hidden in a secret compartment. 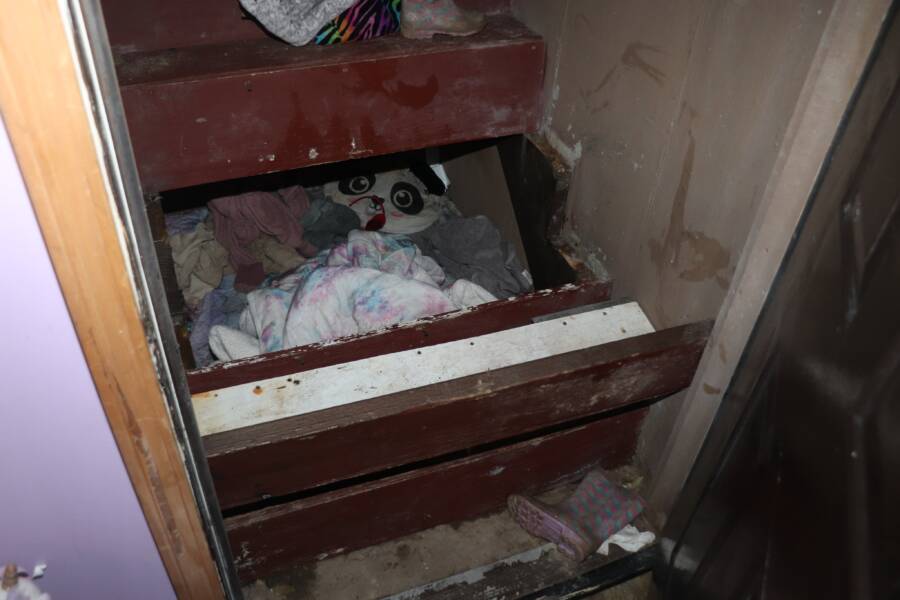 Saugerties Police DepartmentPaislee Shultis was found in this makeshift hiding space beneath her father’s staircase.

When Paislee Shultis disappeared from Cayuga Heights near Ithaca, New York, on July 13, 2019, her family was inconsolable. While police suspected that the four-year-old had been kidnapped by her biological parents who had lost custody of her, Kimberly Cooper and Kirk Shultis Jr., the hunch would take nearly three years to confirm.

The now-six-year-old girl was found alive and in good health in the home of her biological father in Saugerties, New York, on Monday. Detectives had long believed she was being kept there, with prior visits typically resulting in Shultis Jr., Cooper, and Kirk Shultis Sr. providing limited access to the residence.

Police finally obtained enough factual information for a search warrant on Feb. 14. They spent an hour combing the house before a detective noticed that the basement stairs were oddly built. Saugerties Police Chief Joseph Sinagra said both Cooper and Paislee were hiding in a small space within.

“There was something about the staircase that bothered him. The child never made a sound. Kimberly never made a sound. The question that needs to be answered is what she was told by her parents that would keep her so still and quiet while the cops are walking up and down the steps, while they’re taking the steps apart.” 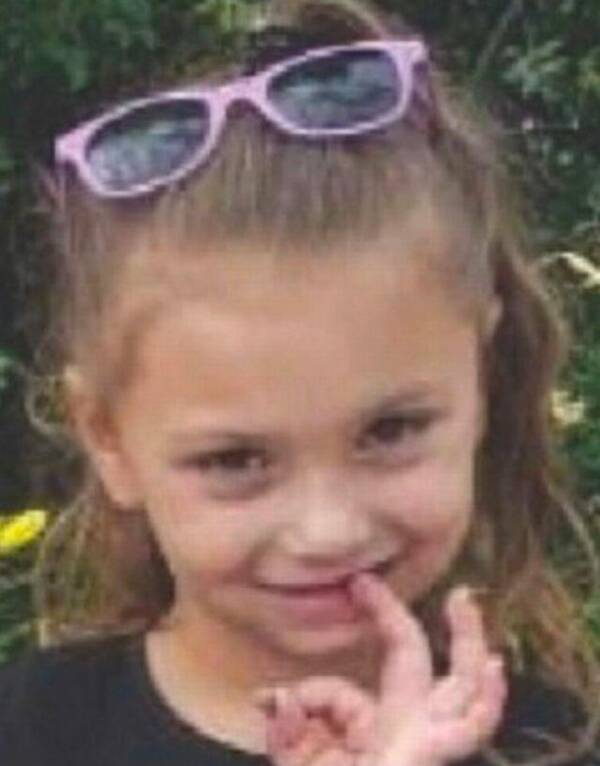 Before the kidnapping, Paislee was raised in the quiet village of Cayuga Heights on the outskirts of Ithaca. She experienced four short years of normalcy before Shultis Jr. and Cooper lost custody of her and her older sister.

“We believe what happened after that point was that somebody informed the parents that the older child had been picked up by the legal guardian and by county officials at the time and that caused the parents then to take Paislee and flee,” explained Sinagra.

Authorities certainly suspected Shultis Jr. and Cooper from the beginning, and they would even receive numerous tips about the Saugerties home throughout their years-long investigation. Sinagra said that every visit police ever paid the couple, however, was met with “adversarial” claims that officers were “harassing” and “badgering” them.

While they were admonished and told they “should be looking for Paislee,” the officers were occasionally allowed inside. This happened roughly a dozen times over the last two-and-a-half years, but Shultis Jr., his live-in father, or Cooper always limited any access to bedrooms or the basement. And since authorities did not have a warrant, they could not search farther.

“We’re bothered by the fact that this went on for two years,” said Sinagra. “They lied to us for two years — including the father stating that he had no idea where his daughter was.” 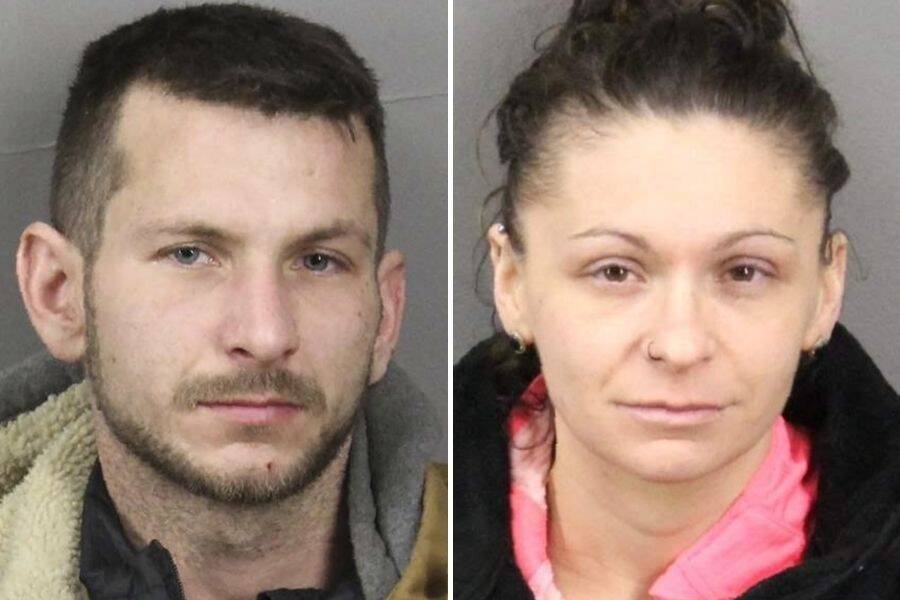 Saugerties Police DepartmentPaislee Shultis was allegedly abducted by her parents, Kirk Shultis Jr. and Kimberly Cooper, in 2019 after they lost custody of her.

The tables turned mere days ago when police received another tip. All the information they had previously received was “hearsay” that they were unable to act on. This new tip is unspecified. However, it contained factual evidence that the girl was hidden in the house.

With the new information, the Saugerties Police Department was at last able to obtain a warrant. Officers arrived at 4 p.m. on Monday to ensure that nobody left the property — and executed the search warrant to shocking results at 8 p.m.

Officers discovered a room in the basement for the first time during their search. It held a bed that appeared to have been slept in, and Paislee’s name was written on one of the walls. The homeowners denied knowledge of her whereabouts and claimed they merely had her room ready in case she was ever found.

“We asked, ‘Is she here?’…And they denied that anybody was living in that house, in that particular room,” said Sinagra. “They said they had set the room up like that in the event that Paislee should ever return.”

Around 9 p.m., detective Erik Thiele spotted what looked like a blanket after pointing his flashlight through a crack in the wooden staircase. Thiele and his colleagues began pulling the steps apart and saw two tiny feet. Then, they pulled out Paislee. She had lain in the compartment alongside Cooper in silence for over an hour. 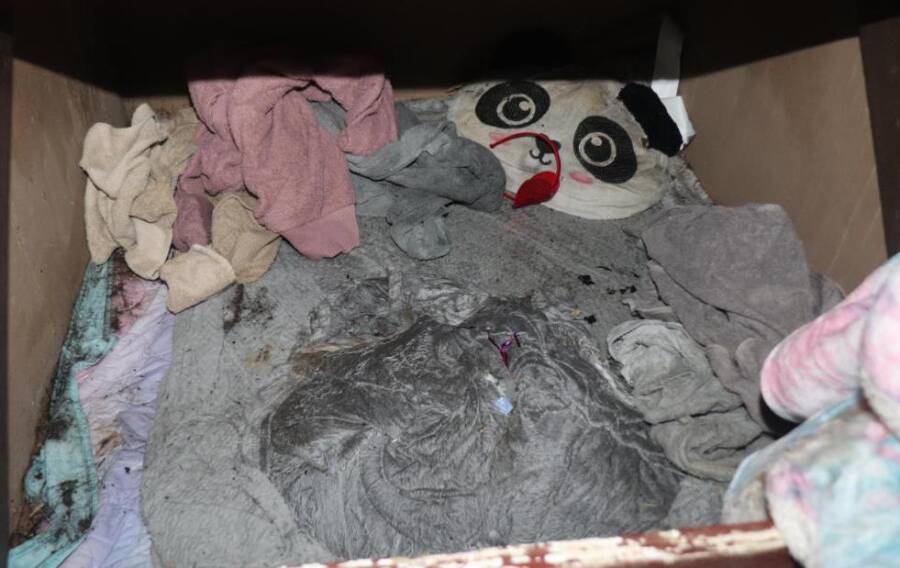 Saugerties Police DepartmentAll three adults involved in the kidnapping have been arrested.

Sinagra said this makeshift hiding space was probably used every time authorities paid Shultis Jr., his father, and Cooper a visit. With a door in Paislee’s basement bedroom leading to a short hallway connecting to the compartment, that appeared more than likely. Ultimately, police arrested all three adults involved.

Cooper is facing charges of custodial interference in the second degree and endangering the welfare of a child. Shultis Jr. and his father were both charged with the same crimes, but their custodial interference was classified in the first degree — and thus a felony. All three were ordered to stay away from Paislee.

Alive and physically well, the girl was returned to her legal guardians. Fortunately for her, those who saved her stopped at McDonald’s on the drive back to the police station. As for Cooper, she will be back in court on March 2 — while the Shultis men will face the music later this month.

After reading about the missing girl found living under a staircase, learn about the New York cemetery worker buried alive. Then, read about the Indiana woman claiming she’s a girl who went missing 21 years ago .