Meet Mary Anning, The Fearless Fossil Hunter Who Got Left Out Of The History Books

Mary Anning's discoveries shook the very foundations of science but she battled constant misogyny and rarely received credit for her work while she was alive.

Along the beaches near her home in Dorset, England, Anning hunted for prehistoric secrets. Her thrilling finds contributed to the growing understanding of geology and paleontology throughout the early 19th century.

But, as a woman, Anning rarely received credit for her discoveries — and she was forbidden from attending meetings of the Geological Society to discuss them. 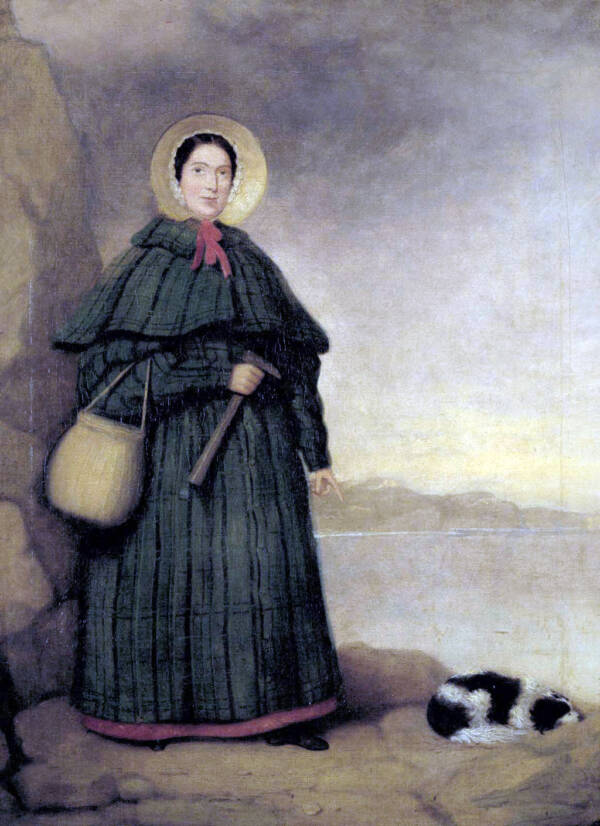 “If she was born in 1970, she’d be heading up a paleontology department at Imperial or Cambridge,” noted David Tucker, director of the Lyme Regis Museum, located in Anning’s hometown.

This is the story of Mary Anning, a 19th-century fossil hunter who is finally getting her due.

Who Was Mary Anning?

Mary Anning was born on May 21, 1799, in the isolated village of Lyme Regis in Dorset, England. Tragedy and poverty went hand in hand in the Anning family. Although they had ten children, only two — Mary and her brother Joseph — survived past childhood.

To help make ends meet, Anning would accompany her father, Richard, on beach walks. The nearby beach promised riches — it was full of fossils, and storms routinely revealed new finds. Today, the area is a UNESCO World Heritage Site known as the Jurassic Coast.

But back then, it was simply a way for the family to make an income. Mary Anning and her father would scour the cliffs for fossils that he could sell at his seafront cabinetmaker’s shop. Mary learned how to identify fossils and prepare them for sale.

“Mary Anning had very little formal education,” Natural History Museum curator Emma Bernard told the BBC. “However, she did educate herself on geology and anatomy and would dissect modern animals like fish and cuttlefish to better understand the fossils she found.”

Sadly, in 1810, tragedy struck again — Anning’s father died from tuberculosis, leaving his family without an income. 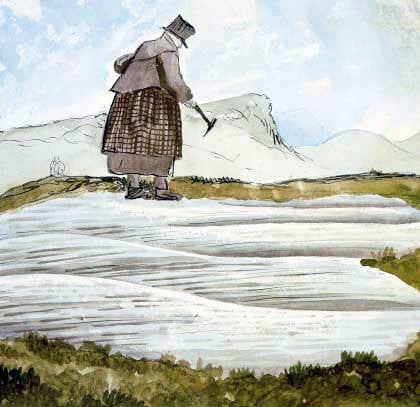 Mary Anning threw herself into fossil collecting. It was the best way to support her family and pay off her father’s debts — and collectors and curious tourists were willing to buy the strange rocks from the young girl. 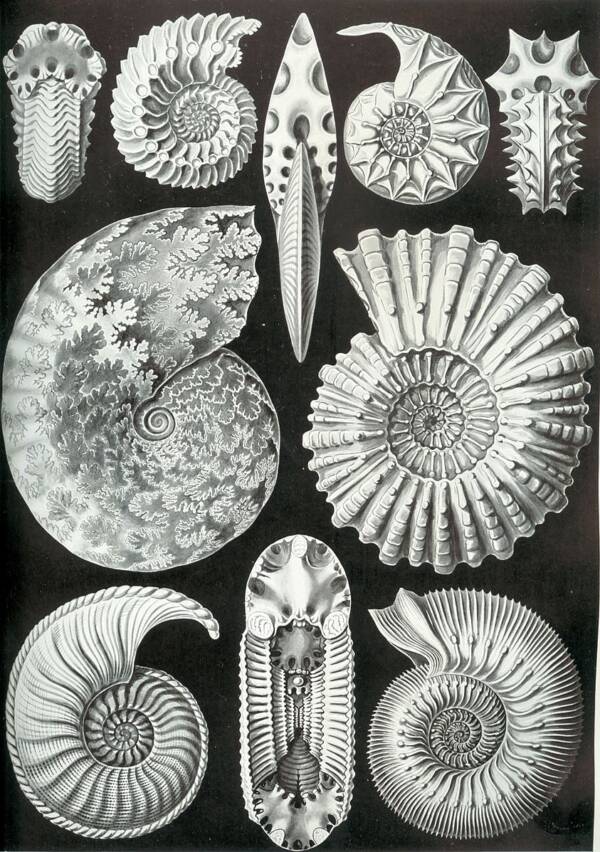 In 1811, Mary and her brother Joseph dug up a strange skull. This wasn’t an ammonite. The twelve-year-old spent months carefully digging deeper. She eventually uncovered a bizarre skeleton that stretched 17 feet long — which locals promptly deemed a monster.

The “monster” was called “ichthyosaurus”, or “fish lizard”. It was, in fact, a marine reptile that had lived about 200 million years earlier.

Mary Anning’s discovery would help inform the growing understanding of evolution. But, at the time, she was more concerned with helping her family. The fossil was sold for £23 — and can be seen at the Natural History Museum in London today.

“The Most Amazing Creature Ever Discovered”

Mary Anning was just getting started. About ten years after unearthing the ichthyosaurus, she discovered another remarkable fossil — another marine reptile called a plesiosaur.

“It was after [this discovery] that scientists started to take her finds more seriously, seeking her out to look at her discoveries and discuss ideas,” Bernard explained.

Scientists of the day, including William Buckland, Henry de la Beche, and Willian Conybeare, came to Lyme Regis. They walked along the beach with Anning and wrote about her discoveries.

Not everyone was impressed, however. The French naturalist George Cuvier — known as the “father of paleontology” — had his doubts about what Mary Anning had discovered. 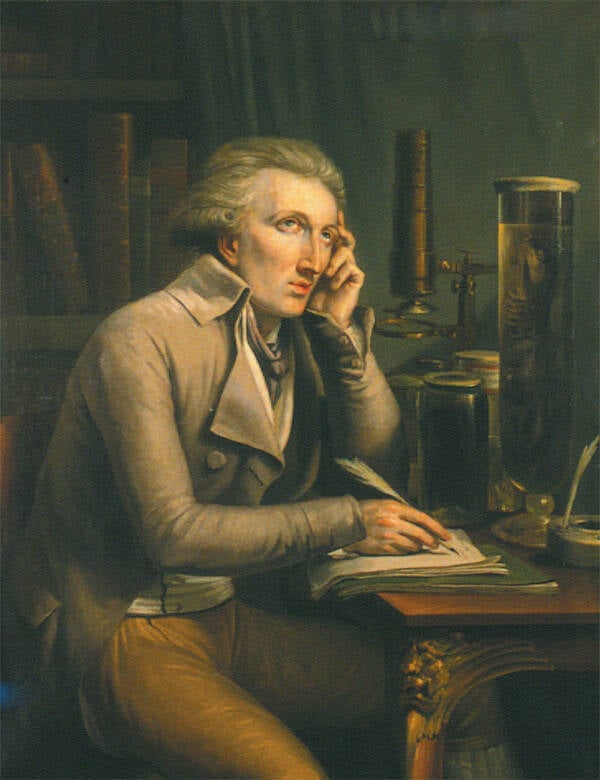 The plesiosaur bones were so strange and alien that rumors spread that they were fake. At first, Cuvier agreed. He studied Anning’s drawings of the bones and suggested that she had combined several different fossils.

Georges Cuvier admitted he was wrong. He described the fossil as “the most amazing creature ever discovered.” 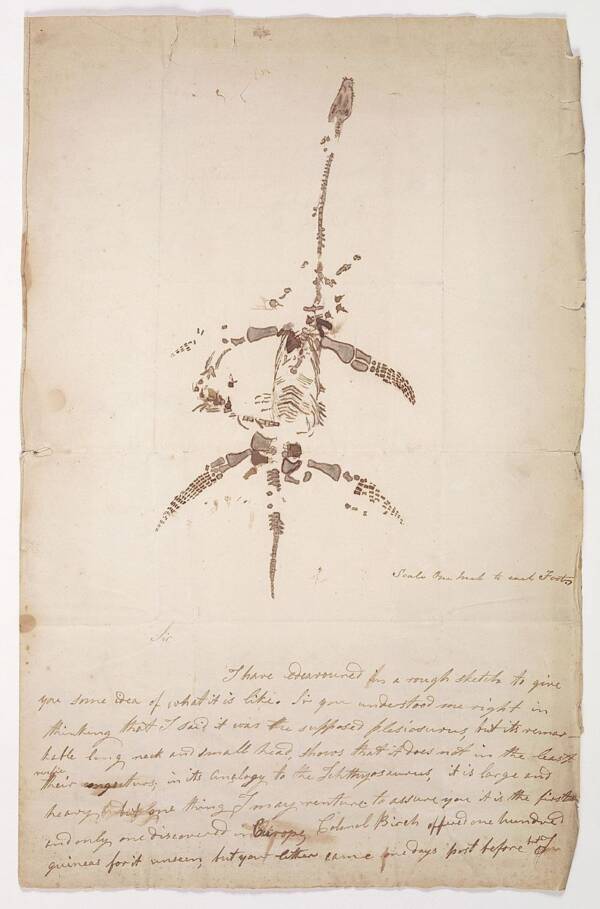 Mary Anning/Wellcome ImagesIn a letter, Mary Anning related the discovery of the plesiosaur, including a detailed sketch of the fossil.

In the subsequent decades, Mary Anning’s thrilling fossil finds continued. In 1828, she discovered a long jumble of bones that included a tail and wings — a pterosaur. Often, Anning risked her life to uncover new fossils. In 1833, she narrowly escaped a landslide that killed her beloved dog, Tray.

But Anning rarely received credit for her incredible discoveries. Scientists would buy her fossils. They would write papers about her fossils. But they seldom credited her.

One contemporary noted: “Men of learning have sucked her brains and made a great deal by publishing works, of which she furnished the contents, while she derived none of the advantages.”

Mary Anning herself saw clearly the unfairness of the system. “The world has used me so unkindly,” she said. “I fear it has made me suspicious of everyone.”

When it came to recognition, Anning had more than one thing stacked against her. Not only was she a woman — she was a working-class woman.

“This isn’t just around gender,” noted Tucker. “The history of science is littered with the neglected contributions of working-class scientists.”

At 47 years old, Anning died from breast cancer. At a meeting of the Geological Society, the geologist De la Beche — a friend of hers — memorialized the fossil hunter. 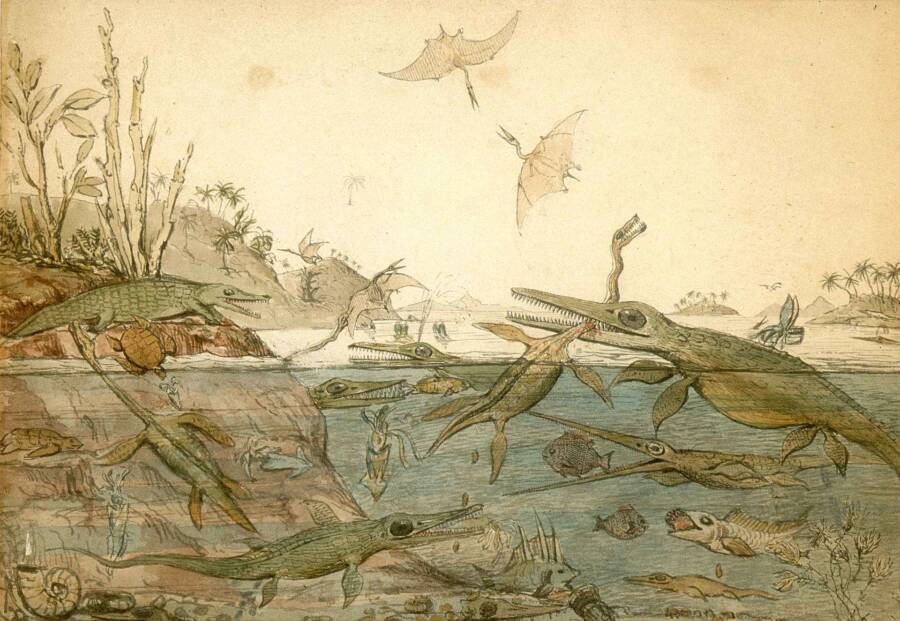 In his eulogy, De la Beche called Mary Anning someone “not placed among even the easier classes of society, but one who had to earn her daily bread by her labor.” Still, Anning “contributed by her talents and untiring researches in no small degree to our knowledge.”

Today, there is renewed interest in Mary Anning’s life and work. 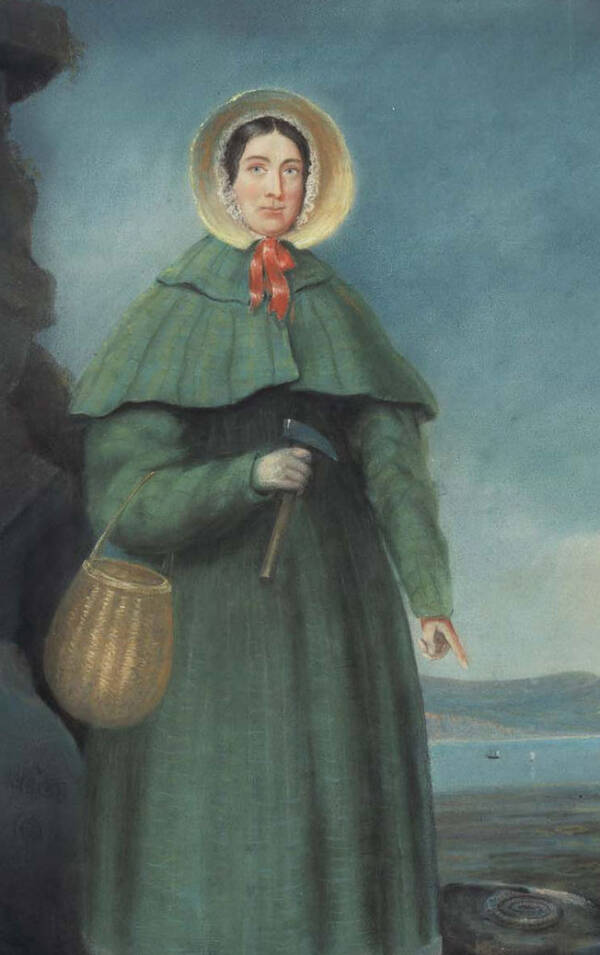 B. J. Donne/Wikimedia CommonsAlthough scientists often dismissed Mary Anning’s contributions in the 19th century, today many regard her as a pioneer in the field of paleontology.

In 2010 the Royal Society listed Mary Anning as one of the top ten British women who have influenced the history of science. In 2018, a young girl named Evie Swire started a campaign to build a statue to commemorate Anning. She hopes to erect the statue on May 21, 2022 — Mary Anning’s birthday.

A clip from Ammonite showing Anning as a fossil hunter.

“She’s done all these amazing things,” Swire said. “And sadly has been lost in history.”

Perhaps like the fossils that she uncovered, Mary Anning’s life will soon receive new respect, attention, and appreciation.

Curious about other scientists written out of history? Check out these six female scientists who fought for recognition. Then learn about Eunice Foote, the mother of climate science whose work went overlooked for decades.