The affected bears don't respond to clapping or shooing — and in one case, a bear even climbed into someone's car. 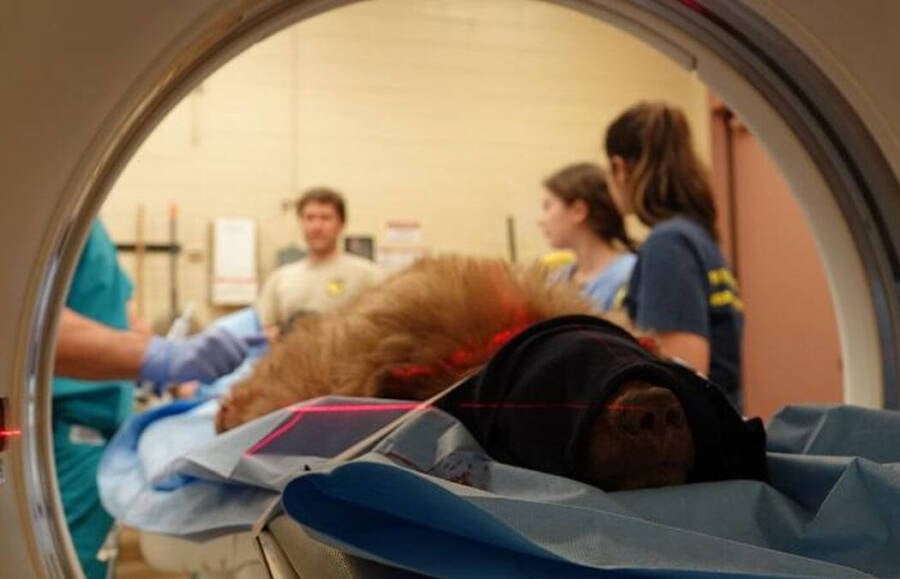 For anyone who once loved a teddy bear, the idea of friendly bears in real life might sound enchanting. But scientists in California are concerned a new disease that causes black bears in California to act “dog-like” toward humans. Scientists are warning people not to approach these bears — no matter how friendly they appear — as so much is still unknown about the disease.

The California Department of Fish and Wildlife (CDFW) first noted the unsettling behavior in 2014. They were alerted by colleagues at the Nevada Department of Wildlife about a number of encounters around the Tahoe Basin with young bears who seemed to have neurological issues.

After further study, scientists determined that the bears had encephalitis — inflammation of their brains. Their examination also revealed five never-before-seen viruses in the sick bears — but it’s unclear if the new viruses are the root cause of the bears’ illness. 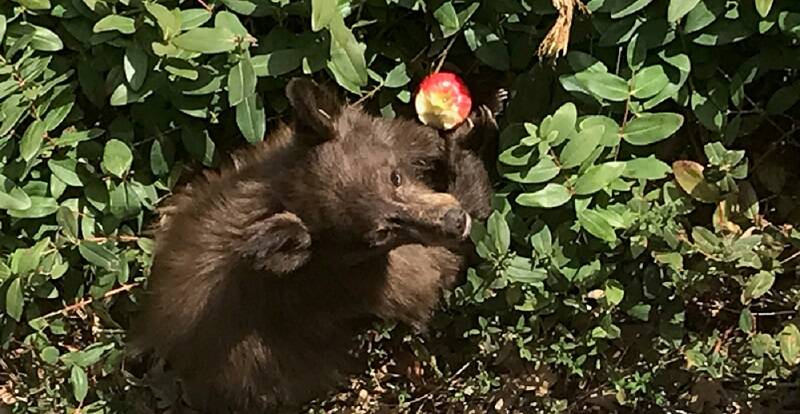 Shelly Blair/California Department of Fish and WildlifeOne of the affected bears eating an apple in a residential backyard.

Normally, bears are shy around humans. They’ll avoid people unless they’re trying to get food.

But the affected bears appear friendly and fearless. They don’t respond to clapping or shooing. Eventually, their disease leads to lethargy, a dramatic loss of weight, a distinct head tilt, tremors, and an unusual gait.

In 2019, one such bear gained social media notoriety after someone filmed it at the Northstar ski resort, sniffing a person’s glove and stepping onto their snowboard.

The bear at Northstar has a prominent head tilt and acts friendly toward humans.

More recently, in February 2021 in Pollock Pines, California, another affected bear wandered onto residential property. It appeared lethargic and didn’t seem to fear the people it encountered. Locals, growing fond of the bear, began to feed it strawberries and apples and gave it water — against CDFW guidelines. At one point, the bear even crawled into the trunk of someone’s car and allowed people to pet it.

The CDFW discourages this kind of interaction with wild animals like bears. “At this point, we don’t know what causes the encephalitis,” noted CDFW wildlife veterinarian Brandon Munk. “So we don’t know what, if any, health risks these bears might pose to other animals.”

The bear in Pollock Pines was picked up by CDFW officials. They observed that the bear was much too young to be out on its own. Physically and mentally, the animal “just didn’t seem quite right, walking oddly, dull and not responsive like a normal bear should be.”

After bringing the bear back to the CDFW’s Wildlife Investigations Laboratory, further study showed that the bear, a female, was covered in ticks and weighed only 21 pounds — a healthy bear her age should weigh closer to 80 pounds. Veterinarians also observed intermittent head tremors and head tilting in the bear, signs of neurological distress. 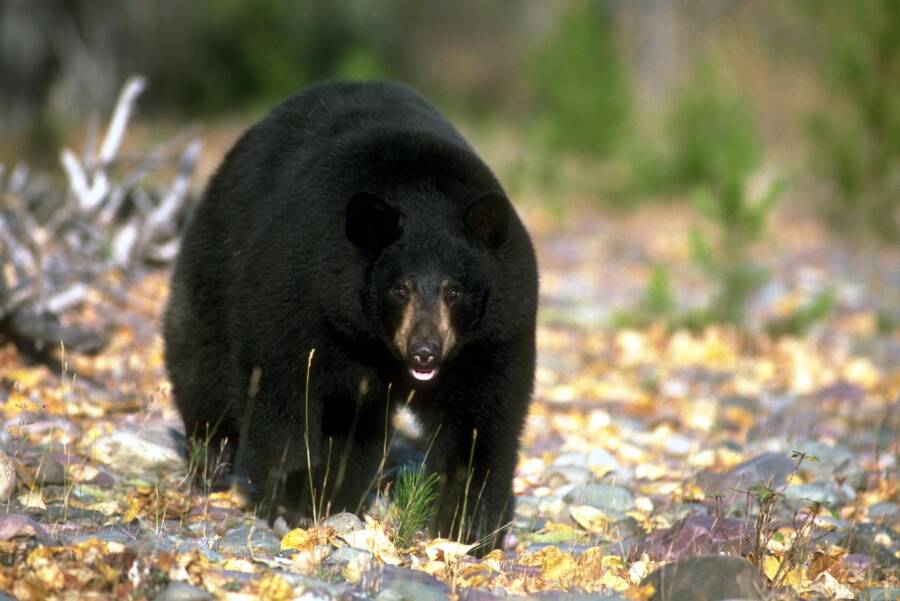 The CDFW’s preliminary findings suggest that the young bear was suffering like encephalitis — just like others the agency picked up. All in all, she was the third bear with neurological disorders due to encephalitis that the CDFW laboratory had seen in 12 months.

“Any time a wild animal comes into our care, the best possible outcome is a release back to the wild,” said Munk. “That’s just not possible for these neurologically impaired bears.”

The bear from Pollock Pines had to be euthanized. But Munk says this was the best possible outcome for her.

“The few bears like this we have placed [in a facility] do not seem to fully recover,” he explained. They often required extensive, long-term medical care. “So neither release back to the wild nor placement in a facility is a good option for these bears.”

YouTubeThe bear cub suffering from encephalitis had to be put down.

For now, scientists continue to try and understand the root cause of the bears’ mysterious and alarming illness. Researchers have determined that the five previously unknown viruses affect the bears’ liver and spleen, as well as their brains.

In some ways, the disease looks similar to chronic wasting disease — or, “zombie disease” — which has been observed in deer, elk, and moose. Like the bears with encephalitis, animals with “zombie disease” develop symptoms that include weight loss, listlessness, drooling, lack of awareness, lack of fear, and death.

Diseases have been known to jump from animals to people — that’s likely what happened with the coronavirus pandemic.

But at least one scientist who has studied bear diseases thinks that the mysterious illness will pose little threat to people. “The viruses that they detected in these bears were not ones particularly known to affect humans,” said Jamie Sherman, a veterinarian at UC Davis.

Still, with much unknown about the disease, scientists recommend that people exercise caution if they cross paths with an overly friendly bear.

“Next thing you know, maybe I’ll just hand feed [the bear] and see if it takes it out of my hand,” said Munk. “You know, those are situations where you’re getting a lot closer to getting bit, potentially.”

After reading about the puzzling disease impacting California black bears, learn about Timothy Treadwell, the man who devoted his life to bears — until they ate him. Or, see why Wojtek the bear became a World War II hero.