Though Italian smuggler Marc Feren Claude Biart made sure to hide his face in the videos, authorities recognized his distinctive tattoos. 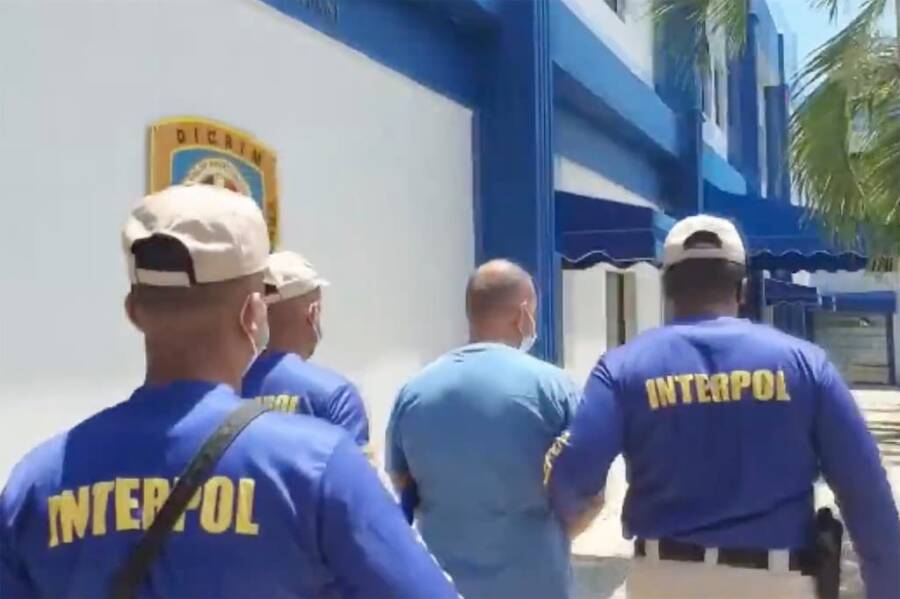 YouTubeBiart had been living quietly in Boca Chica, Dominican Republic for five years before his arrest.

An Italian mobster who was on the lam in the Dominican Republic was caught and extradited last week after posting videos of himself giving cooking tutorials on YouTube.

According to The Guardian, Marc Feren Claude Biart is a member of the Cacciola family within the ‘Ndrangheta Mafia, which has long overshadowed the Cosa Nostra of yesteryear in terms of reach and destructive influence. The organization is responsible for most of the cocaine that enters Europe.

Biart had been a fugitive since 2014, when Italian prosecutors issued a warrant for his arrest for trafficking cocaine into the Netherlands. According to NBC News, he escaped to an Italian ex-pat community in the Caribbean five years ago, where he remained under the radar until posting a cooking video that featured himself and his wife on his YouTube channel.

It is unclear how many videos he has posted to his channel and for how long he was hosting these Italian cooking tutorials before he was caught.

Though he carefully avoided showing his face on camera, Biart was nonetheless identified by his distinctive tattoos. The 53-year-old was consequently extradited on Monday and flown to Milan to face trial. 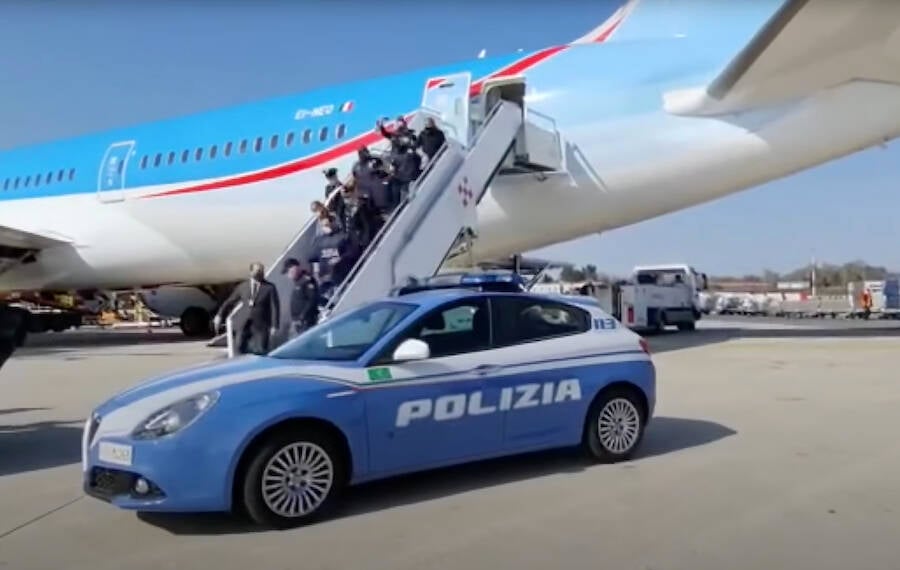 YouTubeBiart made sure to hide his face across all of his YouTube cooking clips, but failed to obscure his tattoos.

For the International Criminal Police Organization, or INTERPOL, Biart’s arrest was the latest in a string of successful operations aimed to cripple the ‘Ndrangheta syndicate.

The global law enforcement office joined forces with numerous European police authorities in 2020 in an assault on the Mafia syndicate that INTERPOL says is present “on every world continent.”

Biart’s arrest was followed by the arrest of another mafioso, Fransesco Pelle, who has been a fugitive for 14 years. He was caught while receiving COVID-19 treatment at a Lisbon, Portugal, clinic.

His criminal résumé included ordering the murder of a rival clan’s boss, who miraculously survived the assault, though his wife did not. The attempt was part of a feud between the Pelle-Romeo and Nirta-Strangio families, which saw six people murdered in Duisburg, Germany, in 2007.

Biart’s arrest was also preceded by that of Marco Di Lauro of the infamous Camorra Mafia in 2019. The mobster was eating pasta when authorities barged in and found him sitting with two cats in a Naples apartment. Like Pelle, Di Lauro had been a fugitive for 14 years. 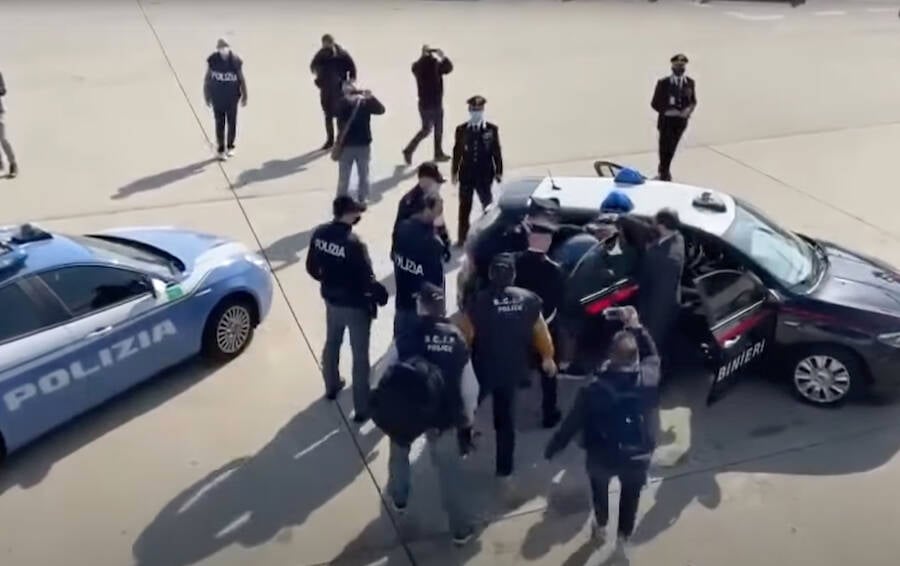 YouTubeBiart after being extradited to Milan, where the Carabinieri, Italy’s law enforcement outfit, received him with open arms.

As it stands, the ‘Ndrangheta group is undergoing one of Italy’s most comprehensive mob trials in 30 years. It took more than three hours to read the 355 defendants’ names during a pre-trial hearing for the historic case.

Officials estimate that the landmark Mafia trial, which is being held in the ‘Ndrangheta organization’s hometown of Calabria, will likely last two years. It will revolve around murders, kidnappings, and the international drug trade. According to the BBC, more than 900 witnesses are expected to testify come January 2022, against the likes of Biart.

Oxford University Professor of Criminology Federico Varese said that the trial will be eye-opening for the people of Italy, exposing how deeply ‘Ndrangheta drug smugglers, murderers, and loan sharks are ingrained in the society.

“It’s shocking that you have a criminal group so rooted in the territory you have to put hundreds of people on trial,” he said.

After reading about the Mafia fugitive who was caught after posting videos of himself giving cooking lessons on YouTube, learn about the world’s biggest criminal organizations. Then, read about Semion Mogilevich, “the world’s most powerful mobster.”