The Chilling Mystery Of The Mary Celeste, The Ghost Ship Found Empty In The Atlantic In 1872

The Mary Celeste was discovered abandoned near the Azores Islands on December 5, 1872 — and to this day, experts are unsure about what happened to its crew.

On December 5, 1872, while sailing through rough weather, the Canadian brig Dei Gratia sighted a seemingly abandoned ship drifting through the Atlantic between Portugal and the Azores Islands. It was the Mary Celeste, an American brigantine that had left New York nearly a month prior.

When the crew of the Dei Gratia boarded the Mary Celeste, they found everything in perfect order. The crew’s clothes were even neatly packed away. Yet there was not a living soul to be found aboard the ship. 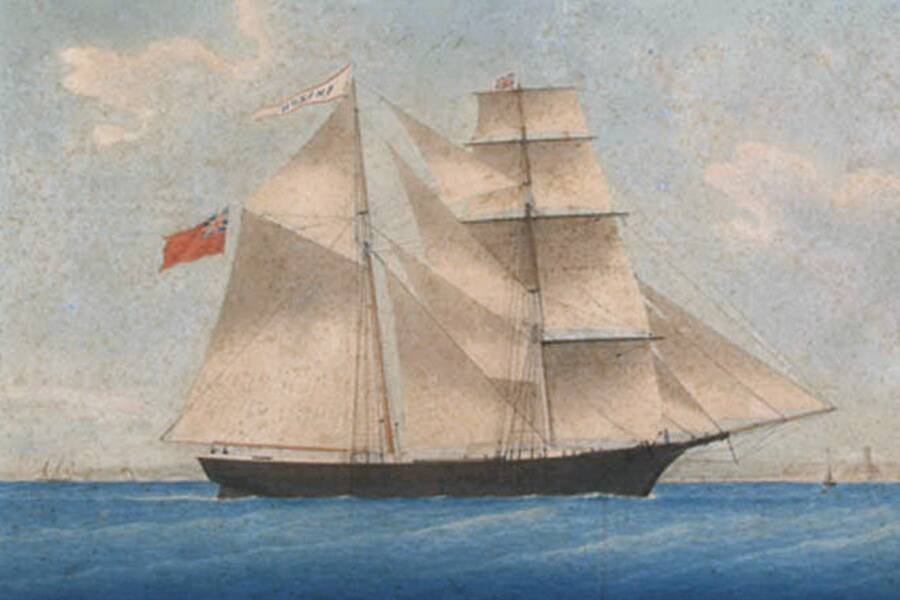 Public DomainTheories about what happened to the Mary Celeste range from drunken mutiny to alien abduction.

The only possible clues that could explain the crew’s whereabouts were a disassembled pump in the hold and a missing lifeboat.

And so began one of the most enduring mysteries of the sea.

On Nov. 7, 1872, a merchant ship with a cargo of denatured alcohol left New York Harbor for Genoa, Italy. The Mary Celeste sailed forth, helmed by Captain Benjamin Briggs and his handpicked crew of seven men. Accompanying the sailors were Briggs’ wife and two-year-old daughter. 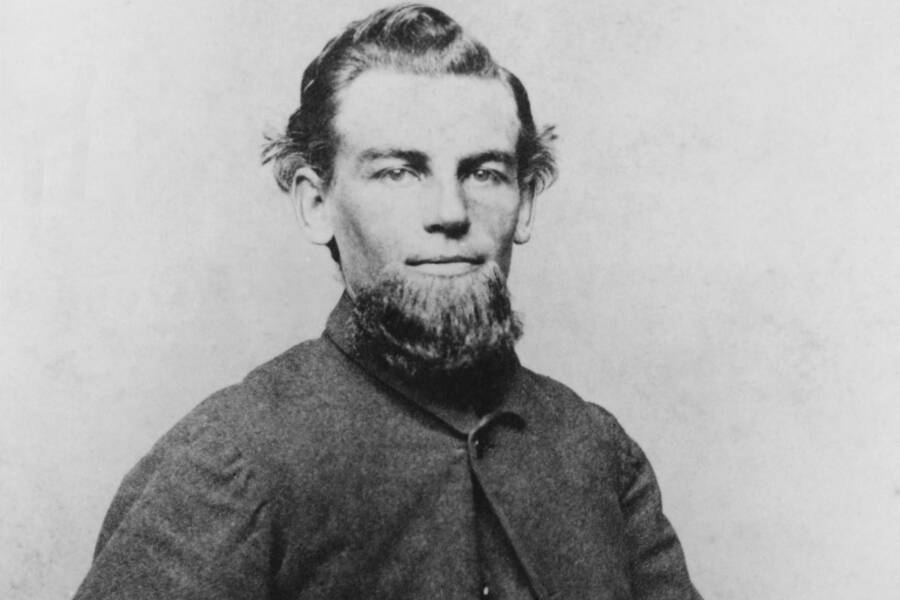 Captain Benjamin Briggs, a master mariner who had spent most of his life at sea and captained three ships before the Mary Celeste.

The ship and its crew spent two weeks at sea fighting against raging storms and treacherous seas before reaching the Azores.

Captain Briggs chronicled the rough journey in his journal, but curiously, his log ended abruptly on Nov. 25, 1872, at 5 a.m.

The night prior, his log recalled, the ship and its crew had continued to face rough seas and winds of more than 35 knots, but by the morning they had come out on the other side unscathed with the island of Santa Maria in sight. All, it seemed, was well.

But when the crew of the Dei Gratia came across the Mary Celeste just over one week later, on December 5th, they found it abandoned, drifting in the seas 400 miles east of the Azores. 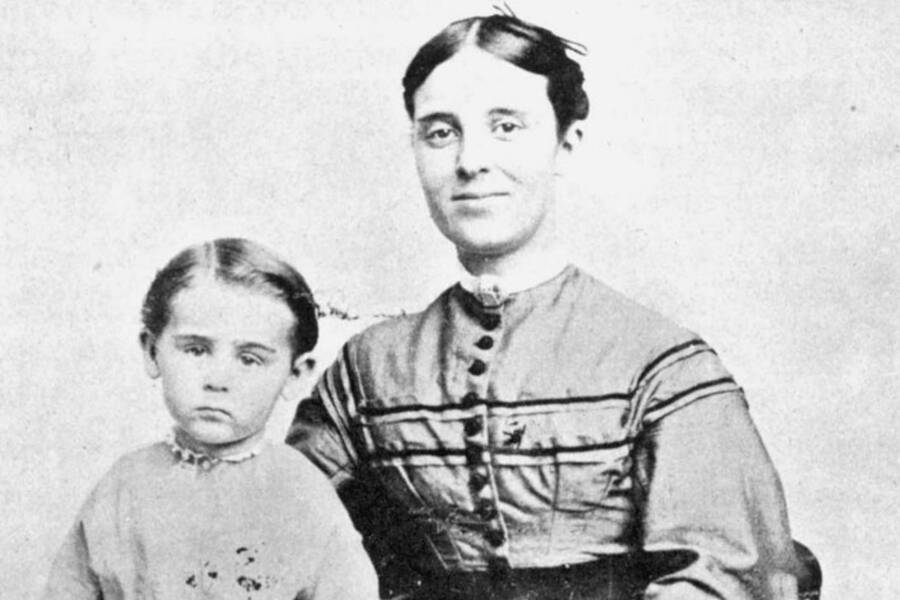 Captain David Morehouse sent a boarding party to investigate the Mary Celeste and found the ship in near-perfect condition.

Aside from a few feet of water in the ship’s bilge — the lowest point of the ship, which rests beneath the waterline — things seemed to be mostly in order. A few charts had been tossed about below deck, but the crew’s belongings were neatly tucked away, and the ship was stocked with enough food and water to last six months.

The only thing missing was its crew.

Theories About The Disappearance Of The Crew Of The Mary Celeste

It made no sense that Briggs, an experienced seaman, would abandon a perfectly seaworthy ship.

In fact, Daily Nautica reports, Morehouse had dined with Briggs in New York just before each of the men and their respective crews set sail, and he considered the man to be a friend. He knew just how capable of a captain Briggs was. 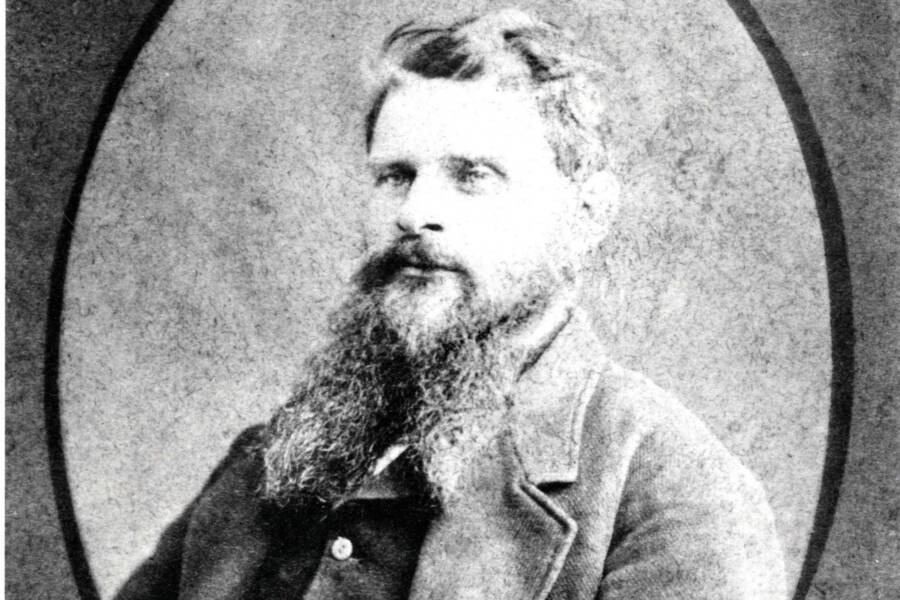 Morehouse and his crew towed the merchant ship with them to Gibraltar, where authorities conducted an investigation that ultimately yielded no conclusive results. At this point, several theories began to surface.

English inspector Frederick Flood was the first to hypothesize about the disappearance of the crew. With the knowledge that Morehouse and Briggs were friends, the inspector suspected that the two captains may have concocted a scheme to defraud the insurance company and split the profit earned from the eventual sale of the Mary Celeste.

Per the laws of the sea, the abandoned ship did now belong to Morehouse, after all.

The inspector then theorized that Briggs had killed his crew and hidden himself away in the cargo hold of the Dei Gratia.

Flood’s theory, however, was full of holes. Briggs had in fact held property shares in the ship, so he would have gained nothing from the scheme. The theory also failed to account for Briggs’ wife and daughter.

The crew of the Dei Gratia eventually received payment. However, it was only one-sixth of the total $46,000 value of the Mary Celeste. Apparently, the authorities weren’t totally convinced of their innocence.

Additional theories suggested that the crew had gotten drunk off the ship’s alcohol cargo and mutinied — but there were no signs of violence. Others said the ship must have been raided by pirates, yet no valuables were missing.

The mystery may very well have been left alone had author Arthur Conan Doyle not written the 1884 short story “J. Habakuk Jephson’s Statement,” a fictitious account of an ex-slave who captures a ship called the Marie Celeste. The story reignited interest in the ship, but as a theory, the story is entirely baseless. 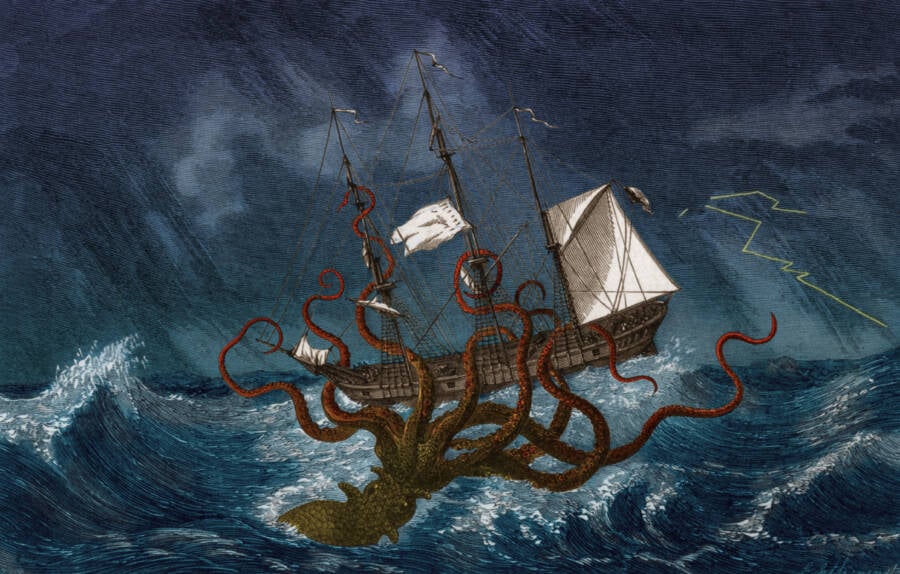 Naturally, stories of sea monsters became associated with the missing crew, as did explanations of water spouts and, much later, extraterrestrial abduction.

Yet for all of these theories, none of the evidence ever matched.

Perhaps the most plausible theory was that vapors from the alcohol had blown the hatch cover off. Then, fearing fire, the crew abandoned the ship. However, the hatch cover was securely fastened, once again leaving no feasible explanation.

In 2002, documentarian Anne MacGregor sought to investigate the story of the now-infamous ghost ship.

“There are obvious limitations for historic cases,” she said. “But using the latest technology, you can come to a different conclusion.” 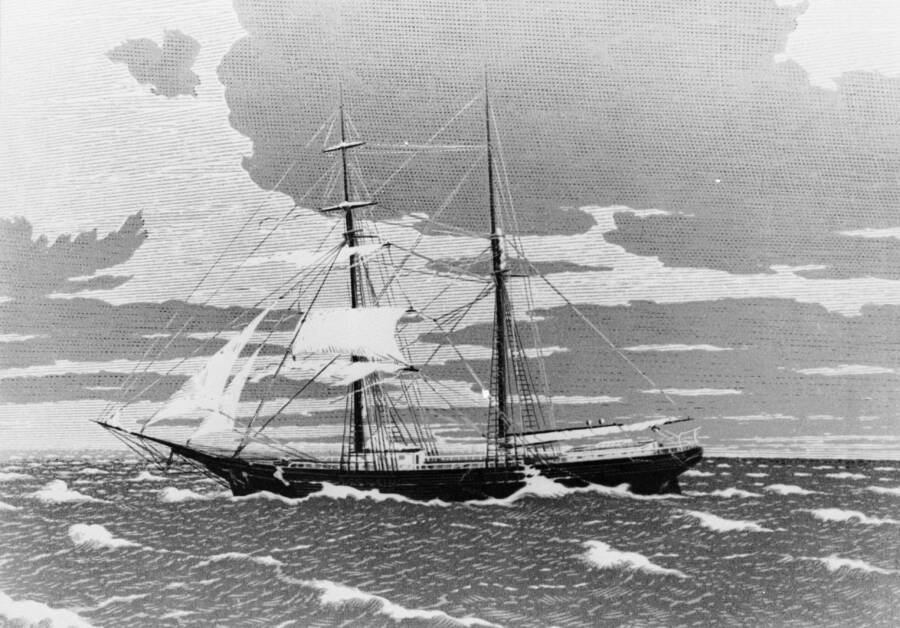 Per Smithsonian magazine, MacGregor enlisted the help of a physical oceanographer at the Woods Hole Oceanographic Institution in Massachusetts named Phil Richardson, and together they reconstructed the drift of the ghost ship and deduced that Briggs’ chronometer — which helps determine a vessel’s position at sea — had been faulty.

The Mary Celeste was hopelessly off course — 120 miles west of where it should have been.

The captain thus expected to spot land three days earlier than he did.

MacGregor also analyzed Flood’s notes from the time to determine that all had indeed been going as planned with the course of the Mary Celeste — until about five days before Briggs’ final log.

Significantly, Briggs’ logs and Flood’s notes show that the ship had changed course the day before it reached the Azores — Briggs was now sailing directly north towards Santa Maria Island. It’s possible the crew was seeking haven from the foul weather.

But even all of this wouldn’t make a captain abandon ship.

However, MacGregor also discovered that the ship had carried a load of coal on a previous voyage. Coal dust and debris from a recent refitting had potentially clogged the ship’s pumps, meaning any water that made it onto the ship’s lower decks didn’t have a way back out.

It’s possible that Briggs then decided that, with the ship off course, the crew’s best bet was to cut their losses and simply try to save themselves by abandoning ship and heading for the nearest piece of land. In this case, it was Santa Maria Island. Their lifeboat may have then tipped over, causing all ten of them to drown.

MacGregor’s theory is by no means universally accepted or even provable, but it at least lines up with the evidence (the disassembled pump, for example) in a way that other theories do not.

Finally, some 130 years after the crew eerily vanished, the mystery of the Mary Celeste may finally have an answer.

After this look at the Mary Celeste, read about the creepiest ghost ships ever found, or find out the truth about the Flying Dutchman, possibly the most famous ghost ship of them all.