The Tragic Story Of Mary Jo Kopechne, The Woman Who Drowned In Ted Kennedy’s Car

Mary Jo Kopechne's death at Chappaquiddick remains murky more than 50 years after she drowned while on a drive with Senator Ted Kennedy. 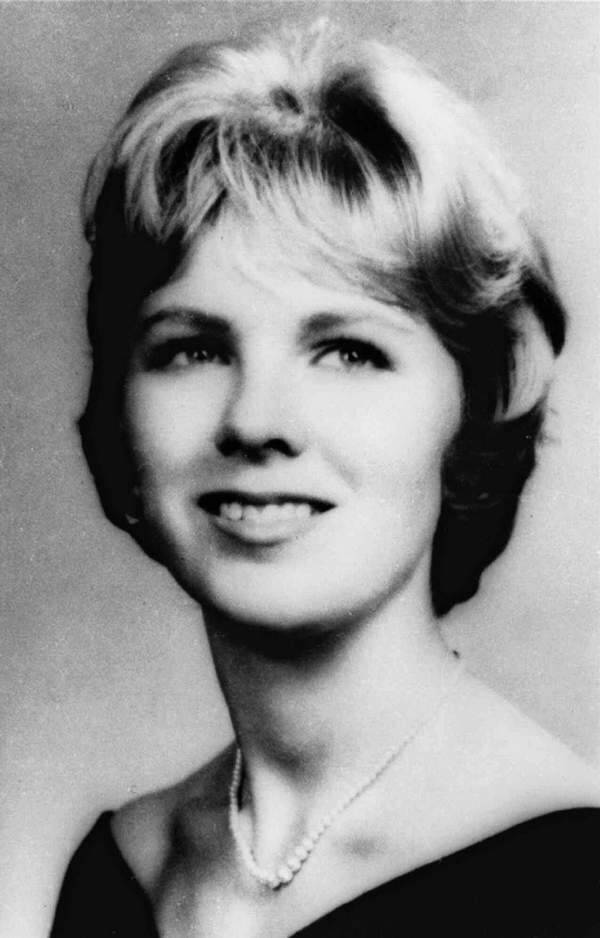 In the pitch black of a Massachusetts night, an Oldsmobile took a wrong turn on Chappaquiddick Island. A mile down the road, it bumped over the low barrier of a bridge and plunged into the shallow Pocha Pond. The driver, Massachusetts Senator Ted Kennedy, swam to shore. But his passenger, a woman named Mary Jo Kopechne, died in the water.

The so-called Chappaquiddick Incident of 1969 would haunt Kennedy for the rest of his life. It obliterated his White House aspirations and cast a dark shadow over his political legacy. But it also reduced Kopechne to a historical footnote.

“For fifty years,” noted William C. Kashatus, the author of Before Chappaquiddick: The Untold Story of Mary Jo Kopechne, “Mary Jo was treated as collateral damage by the Kennedys and the Washington political establishment.”

So, who was Mary Jo Kopechne, and how did she end up in a car with Ted Kennedy? 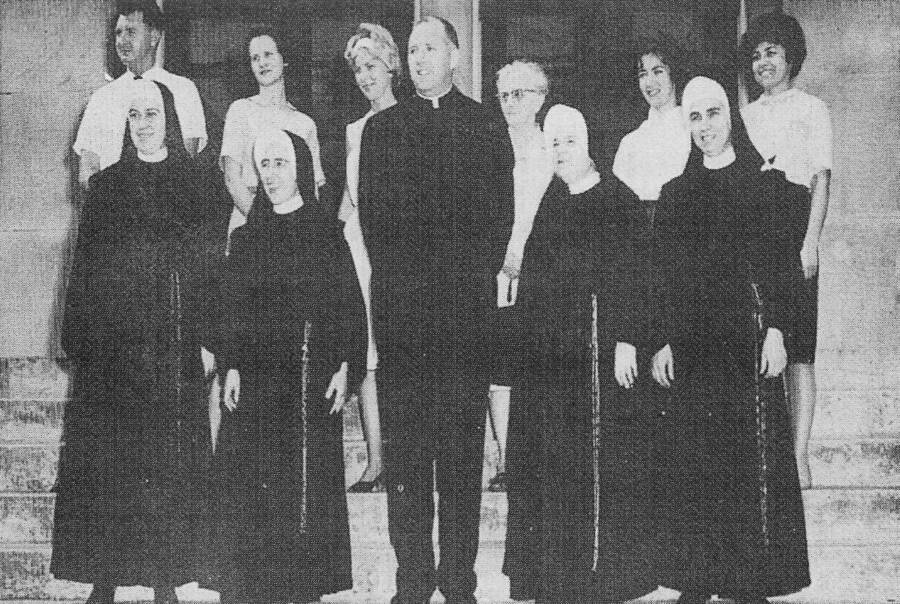 Kopechne EstateKopechne, third from the left in the back row, with faculty at Montgomery Catholic High School.

Born on July 26, 1940, in Wilkes-Barre, Pennsylvania, Mary Joe Kopechne was drawn to politics at a young age. When she was just 20, she was inspired by John F. Kennedy’s 1961 call for Americans to “Ask not what your country can do for you – ask what you can do for your country.”

Determined to do her part, Kopechne moved to Montgomery, Alabama, after graduating from Caldwell College in 1962. There, she taught at Montgomery Catholic High School and hoped to support the growing civil rights movement.

Although Kopechne only taught for one school year, her students remembered her well. One recalled her as someone with “confidence and a zest for life that was intriguing… She was humble and kind and stood firm in her beliefs.”

A few years later, Kopechne decided she wanted to make change on a bigger scale. She got a job in the office of Florida senator George Smathers in 1963. The next year, she transferred to Robert Kennedy’s senate office.

“It was a good career, working with the politicians,” said Kopechne’s mother, Gwen. “It was what she wanted to do.”

Her father agreed. “Politics was her life,” he said.

Mary Jo Kopechne And The Kennedys 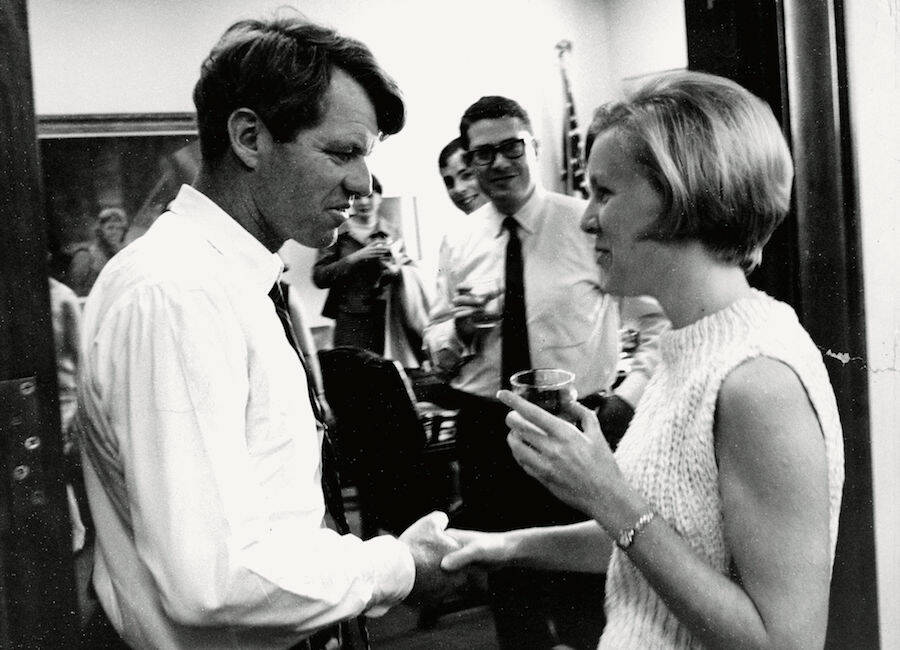 In Kennedy’s office, Mary Jo Kopechne quickly made a name for herself. She and five other women — Rosemary Keough, Esther Newberg, Nance and Maryellen Lyons, and Susan Tannenbaum — became known as the “Boiler Room Girls,” because of their hot, windowless office.

Of the five, Mary Jo Kopechne was “the most politically astute,” recalled Dun Gifford, who oversaw the Boiler Room Girls. During the 1968 presidential primary, her political skills were essential to the Kennedy campaign.

“Mary Jo had an exceptional ability to stay ahead of fluctuating intelligence on delegates,” Gifford explained. “That ability allowed her to negotiate deals on RFK’s behalf, to travel with him when necessary, and even to offer her opinions when she had the best working knowledge of a situation.”

If Kennedy had won the 1968 election, he added, “Mary Jo would have been rewarded with a very significant job in his administration.”

But Kennedy never made it to the White House. On June 5, 1968, an assassin gunned him down shortly after he won the California primary.

Kopechne was devastated. She told a former schoolteacher that she couldn’t bring herself to return to Capitol Hill, saying, “It will never be the same again.”

After Kennedy’s death, Kopechne took a job at a Washington, D.C., consulting firm. And she stayed close to the five other Boiler Room Girls. The six of them had had reunions with the Kennedys before, where they reminisced about Bobby Kennedy and their time on his campaign.

“It was almost like war veterans getting together,” one family friend recalled.

So when Robert’s brother Ted, the senior senator from Massachusetts, arranged a party up in Chappaquiddick in July 1969, Kopechne agreed to go.

Ted Kennedy And The Chappaquiddick Incident 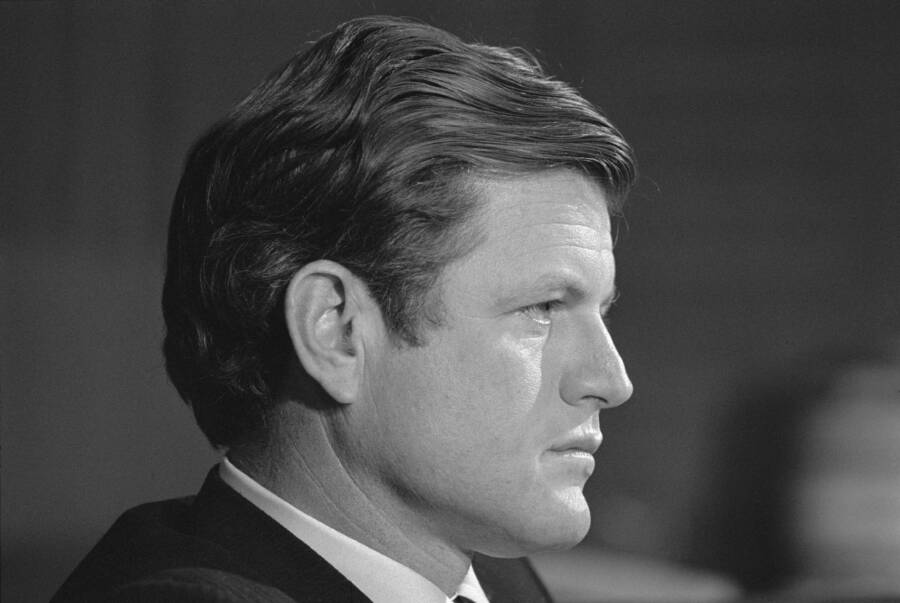 On July 18, 1969, Mary Jo Kopechne and the Boiler Room Girls gathered on Chappaquiddick Island, off Martha’s Vineyard. At a cabin rented by Joseph Gargan, a Kennedy cousin, they mingled, had drinks, and chatted with Ted.

The youngest of the Kennedy clan, Ted Kennedy had watched his brothers John and Bobby rise in politics — and get struck down by an assassin’s bullet.

Now, the political spotlight had fallen on him. Although Kennedy was just 37 years old in 1969, 79 percent of American voters thought that he would run for the White House in 1972. Even the incumbent president, Richard Nixon, worried about having to face another Kennedy.

But at Chappaquiddick, the political pressures of the country seemed distant. Kennedy drank a rum and coke. People told stories about his brother, Bobby, and danced in the front yard. The mood was light, merry.

Then, around 11:15 p.m., Kennedy asked his driver for the keys to his Oldsmobile.

He wanted to go back to his hotel, he said. Although Kennedy rarely drove himself anywhere, he’d volunteered to take Mary Jo Kopechne back, too. Apparently, she’d started feeling unwell after spending too much time in the sun.

Quietly, Kopechne followed Kennedy to his car. She didn’t tell anyone she was leaving; she didn’t take her purse or keys with her. As the party continued, they sped off together into the inky blackness.

Then, Kennedy made a fatal error. 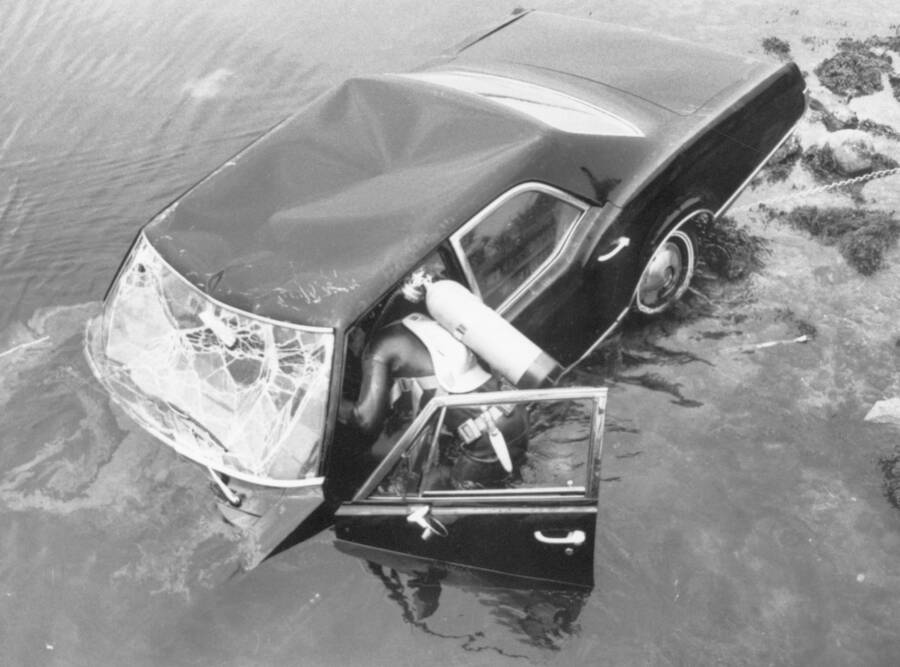 Kennedy should have turned left, toward the ferry. But instead, he made a right, toward the unlit, narrow wooden Dike Bridge. The Oldsmobile shot forward over the low barriers of the bridge. The car flipped through the air. Then, it plunged into the waters of Poucha Pond.

“There was complete blackness,” Kennedy testified later. “Water seemed to rush in from every point, from the windshield, from underneath me, above me.”

Somehow — even Kennedy isn’t sure how — he got out of the car. He claims that he dove several times and tried to free Kopechne, guided by the car’s murky submerged headlights, but failed.

After he gave up, he made his way to shore. He walked back to the party. Kennedy quietly told Gargan and Paul Markham, both lawyers, what had happened. They returned to the scene of the crash, and tried to dive into the water. But when strong currents prevented them from reaching the car, they left.

Kennedy promised to alert the police. But he didn’t do so until the next morning, after two fishermen spotted the black Oldsmobile in the water.

By that point, Mary Jo Kopechne was dead. She died at the age of 28, just a week shy of her 29th birthday. 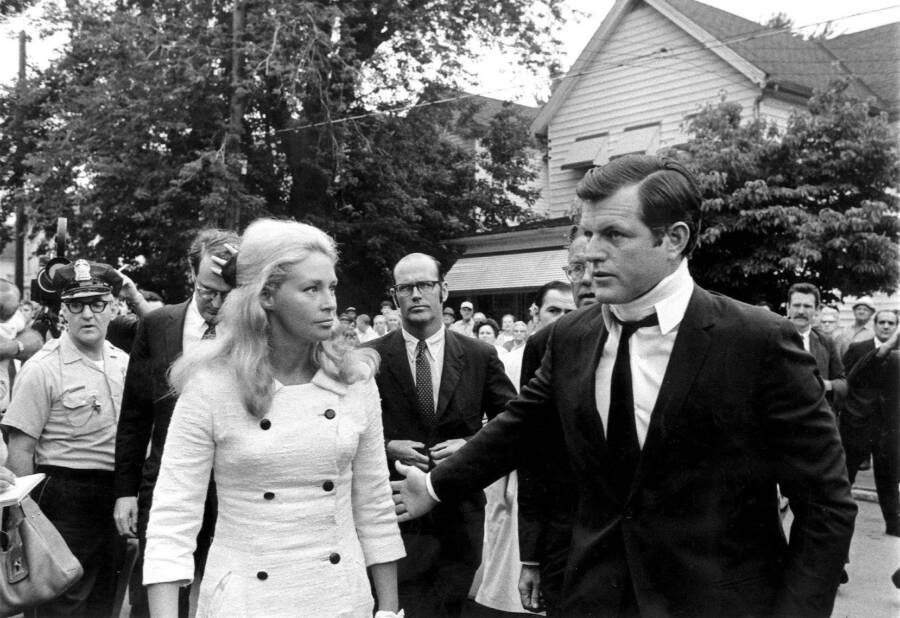 At first, the world heard only a murmur from Chappaquiddick. The attention of the nation was trained on the stars, where Neil Armstrong, Buzz Aldrin, and Michael Collins were attempting to land on the moon.

But as American eyes fell back to earth, they found that the political landscape had irrevocably changed. In Chappaquiddick, Ted Kennedy had killed a young aide named Mary Jo Kopechne.

“I was the driver,” Kennedy informed the police. About a week later, he pled guilty to leaving the scene of an accident. Judge James Boyle agreed to suspend his two-month sentence.

“It is my understanding that he has already been, and will continue to be, punished far beyond anything this court can impose,” Boyle noted.

Subsequent investigations into Chappaquiddick went nowhere. An inquest in January 1970 was closed to the public. A grand jury investigation offered no indictment that April. Although Judge Boyle noted that Kennedy had been “negligent,” neither he nor the district attorney did anything about it — and Boyle retired just a few days later. 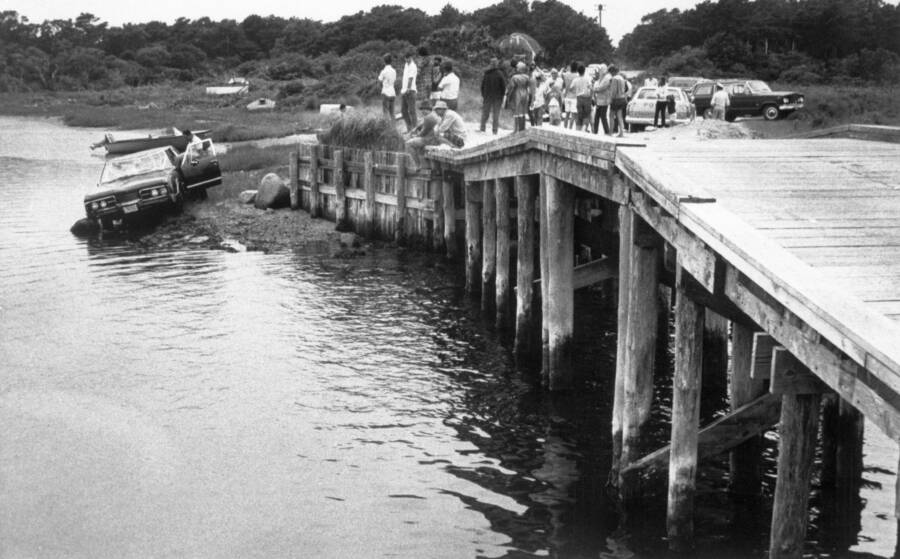 Bettman/Getty ImagesSpectators look on as the car that Ted Kennedy crashed into the pond is pulled from the water, July 24, 1969.

“Sometimes I’d like to scream a lot but I’m trying to hold it back,” her mother told The Boston Globe in 2007. “It would be nice if somebody spoke up.”

Indeed, Mary Jo Kopechne’s death left a number of unanswered questions. Why did Kopechne leave her keys at the party? Could someone else have also been in the car? Was it possible that she and Kennedy were having an affair? How much had Kennedy had to drink?

But among the most heartbreaking is this — could Kopechne have survived, if Kennedy had acted faster?

Some think so. John Farrar, a former captain of the search and rescue division of the local fire department, believes that Kopechne died from suffocation — not drowning.

He says that she likely survived — for hours — while trapped underwater in an air pocket. Farrar points to the lack of water in her body as evidence.

“It took her at least three or four hours to die,” Farrar said in 1972. “I could have had her out of that car twenty-five minutes after I got the call. But [Kennedy] didn’t call.”

In Farrar’s telling, the Chappaquiddick incident didn’t have to be a fatal one.

“Since he had plenty of time to get help, why didn’t he get help?” Farrar said. “Might’ve saved her life.”

The Legacy Of The Chappaquiddick Incident 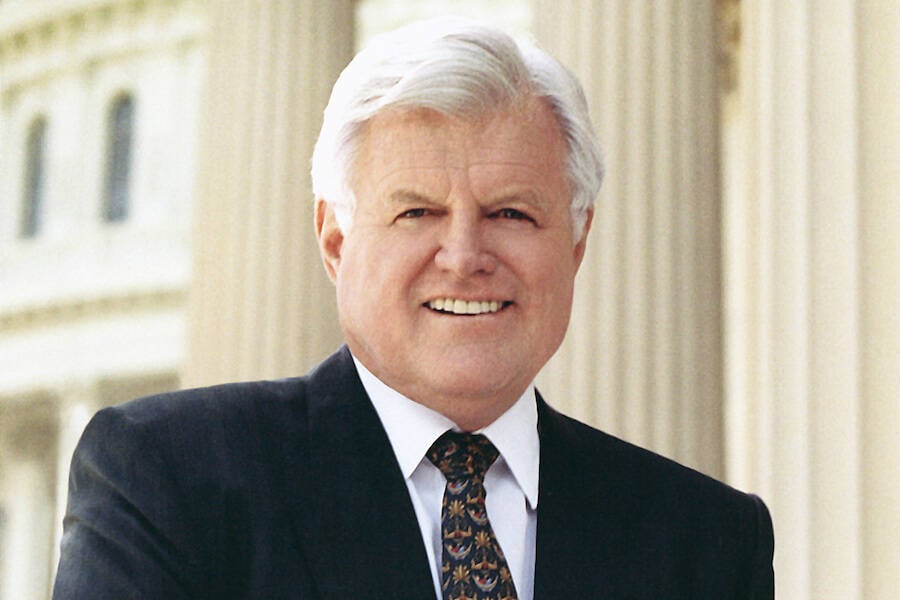 Immediately following Mary Jo Kopechne’s death, phone calls to The Boston Globe were two-to-one in support of Kennedy. And thousands of telegrams delivered to the Kennedy family backed the senator by a 100-to-1 ratio.

Kennedy was never president — he ran and lost in the 1980 primary — but he still enjoyed a long, healthy political career. From 1962 until his death in 2009, Kennedy served as a senator from Massachusetts.

Meanwhile, Kopechne faded into history. According to Kashatus, she became just another “curse” on the Kennedy clan — another tragic misfortune that had befallen their family.

In his memoir, True Compass, Kennedy called Kopechne’s death at Chappaquiddick “a horrible tragedy that haunts me every day of my life.”

But her family wants her to be remembered for more than her connection to the Kennedys.

Her cousin, William Nelson, says that Kopechne was a woman ahead of her time. “I’m pretty sure she would have pioneered a new path for women in Washington,” he said.

“She was kind of glossed over as the girl in the car. It was all about Ted Kennedy. She would have gone on to do great things.”

After reading about Mary Jo Kopechne, who died at Chappaquiddick, learn some more dark facts about the Kennedy family. Or, look at these Kennedy family photos from happier days.