Matthew Taylor Coleman of Santa Barbara, California claimed that his two-year-old son and 10-month-old daughter had "serpent DNA," so he allegedly killed them with a spear gun. 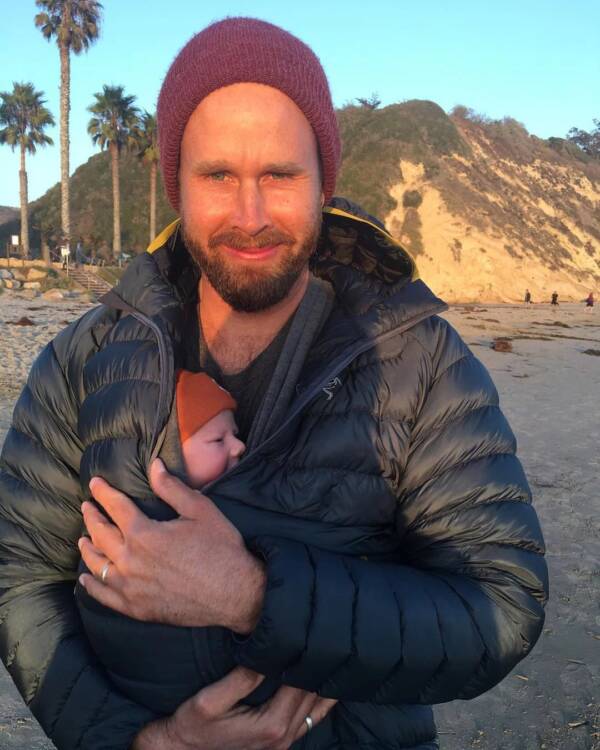 InstagramMatthew Taylor Coleman has pleaded not guilty to shooting his two young children to death with a spear gun.

Coleman pleaded not guilty to the charges in federal court on Sept. 29, despite telling an FBI agent he had killed his children to save them — and the world — from their monster DNA as part of his bizarre confession.

According to federal prosecutors, Coleman drove his two-year-old son and 10-month-old daughter to Mexico, where the 40-year-old surf instructor killed them by shooting them both multiple times with a spear gun. And the already horrifying murders are made all the more chilling because Matthew Taylor Coleman was partly inspired by QAnon — as well as other widespread conspiracy theories about the Illuminati and “reptilians” walking the Earth.

By all accounts, Matthew Taylor Coleman was a loving and devoted father. He was also passionate about his Christian faith, and ran a successful business, the Lovewater Surf School, voted number one in Santa Barbara on TripAdvisor.

His Instagram account, which has since been deleted, plainly showed that Coleman’s children were his life. However, he also apparently believed they had divine destinies, according to Heavy.

“My declaration over Kaleo is that he is appointed to bring the sound of heaven’s dove … and a voice that speaks to a generation,” Coleman wrote when his son was born in 2018. “This is my beloved in whom is all My delight. Thanks to everyone for all your prayers, support and love through this joyful season. We are over the moon.” 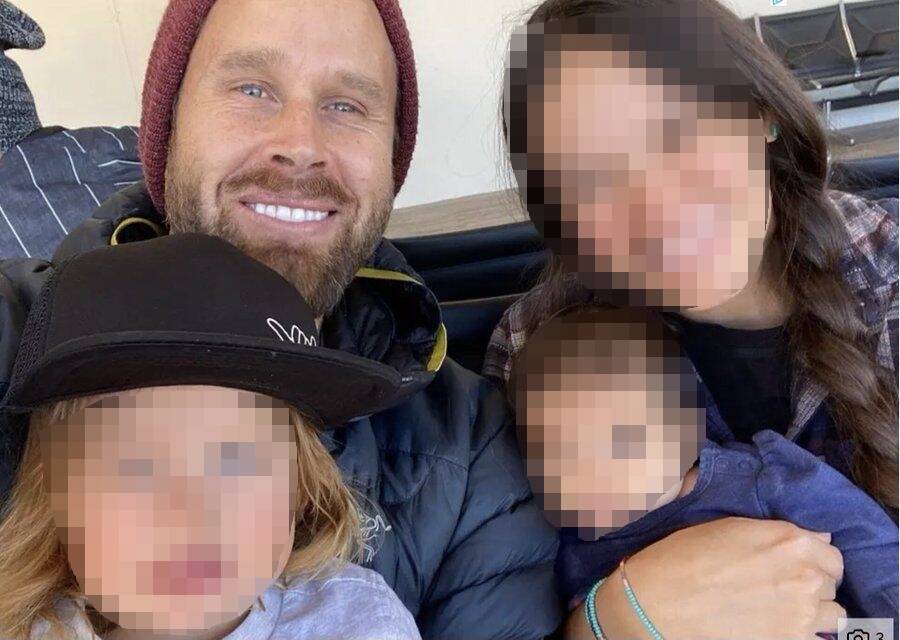 FacebookA Facebook photo of Coleman, his wife Abby, and their two children.

And when Coleman’s daughter, Roxy, was born in October 2020, Coleman said that she came “at a very pivotal time in history and that she would represent a dawn, or even awakening, to years of great blessing for our family and nation.”

As Coleman’s wife, Abby, would later tell law enforcement, there was no indication that the devoted father would ever harm his children. However at some point during the COVID-19 pandemic, the couple both began to drift toward some fringe ideas.

Furthermore, at some point, conspiracy theories came to dominate Matthew Taylor Coleman’s life — and he made it a point to share them with anyone who would listen.

“Listen to this one,” a friend of Coleman’s recalled him often saying, while pointing them to bizarre conspiratorial posts on Facebook and Twitter.

“It was obvious that he was spending a lot of brainpower on it. He was constantly checking those sites on his phone.”

Despite Coleman’s growing obsession with conspiracy theories, no one could have imagined what would come next.

The Deaths Of Kaleo And Roxy Coleman 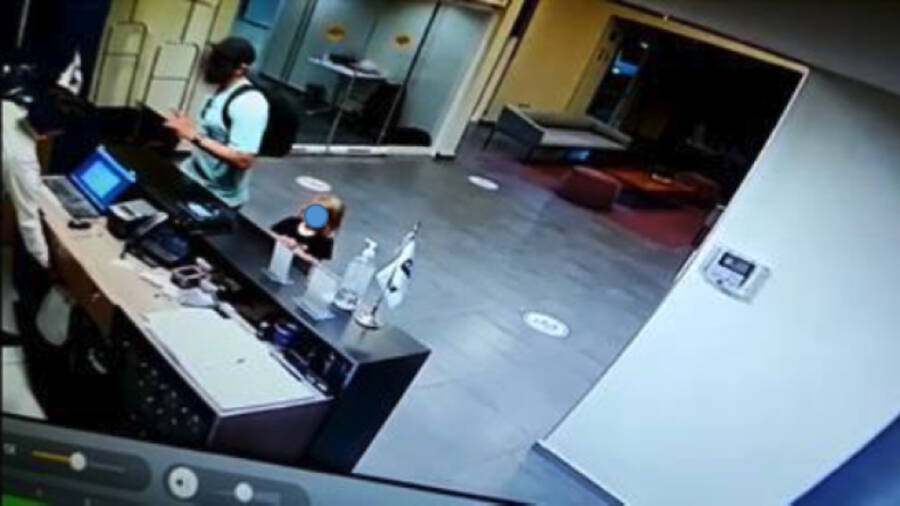 On Aug. 7, Matthew and Abby Coleman had planned to take their two children on a camping trip, according to a federal agent’s affidavit. Instead, Coleman left with the kids and gave his wife no indication where they were going. Abby Coleman reported it to local police, although she insisted she wasn’t concerned about her husband hurting the kids.

When police found that Coleman’s last known location was in Rosarito, Baja California, Mexico, they called in the FBI to assist with a potential parental kidnapping. When Coleman crossed back over the border, the FBI was there to meet him — and what they found was horrifying.

Coleman was alone, per the affidavit, and when he handed his registration to the agents, they noticed that there was blood on it. While holding onto Coleman, the FBI agents got in touch with Mexican authorities, who had bad news: They had just found two children matching Kaleo and Roxy’s description dead in a ditch.

The children both had large puncture wounds in their chests from Coleman shooting them both multiple times with his fishing spear gun. Waiving his rights, Coleman told the FBI everything: He had no choice, he said, because his children were destined to grow into monsters.

Coleman told authorities that on Aug. 7, he pulled the van over somewhere in Baja California and turned his spear gun on his children. He shot 10-month-old Roxy in the heart first, then killed two-year-old Kaleo as well.

When Coleman’s children were no longer breathing, he hid their bodies in some brush, then drove several miles to ditch the spear gun and his bloody clothes. It’s unclear whether he had planned to return home to his wife before the FBI intercepted him.

Coleman told the FBI that he had become “enlightened” online via QAnon and conspiracy theories about the Illuminati, and he had come to realize that his children possessed reptilian DNA — and had to die.

“He said he was saving the world from monsters,” according to the FBI affidavit.

Why Did Matthew Taylor Coleman Do It? 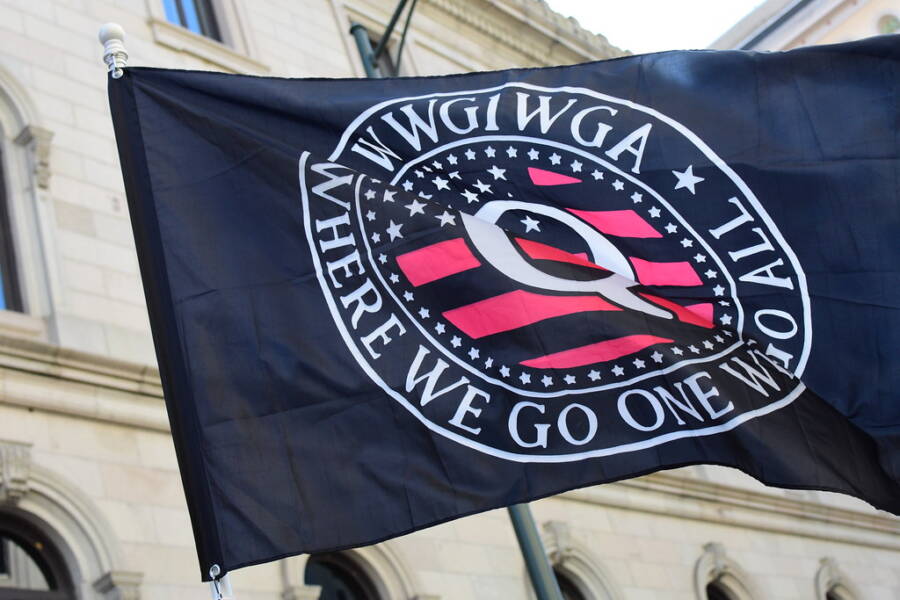 Anthony Crider/FlickrA flag bearing the QAnon slogan, “Where we go one we go all.” The phrase was taken from a 90s adventure film, but has taken on a darker meaning in recent years.

“Matthew Taylor Coleman’s horrific journey to killing his kids didn’t come out of nowhere,” Qanon and conspiracy theory researcher Mike Rothschild wrote on Twitter when news broke of the murders.

Indeed, Coleman seemed to follow QAnon and a number of conspiracy theories under its umbrella, all with a common thread: Authority is not to be trusted and is likely out to get you.

QAnon itself began with an inauspicious post on 4Chan back in October 2017 by a user who claimed to possess the highest possible national security clearance — that is, “Q” clearance. Q asked open-ended, riddle-like questions laced with faux-military speak, numerical codes, and references to films and movies.

No matter the cryptic content, the posts all pointed to an effort led by then-President Donald Trump to overthrow the evil cabal that had been secretly running the world for centuries.

An example of a so-called “Q Drop” from 2018. It makes reference to John F. Kennedy Jr. and Hillary Clinton.

And even QAnon was predated by the so-called “Pizzagate” conspiracy theory that Hillary Clinton and other Washington elites were operating a child sex-trafficking ring and even participating in human sacrifice and cannibalism. Q followers believed that Trump and his faithful would take down the likes of Clinton.

Matthew Taylor Coleman bought into QAnon, and all the bizarre things that came with it, from the Illuminati to the anti-Semitic conspiracy theory that inhuman “reptilians” had secretly infiltrated the government, according to Rolling Stone. He shared stories touting claims like, “Satan has found a home in Dem party leadership.”

No matter his motivations, Coleman awaits trial following his next hearing on Nov. 5, and, if ultimately convicted, he’ll be eligible for the death penalty. A family friend told PEOPLE that Coleman “has spoken to his family on the phone.”

“It’s sinking in what happened, and he’s devastated. He has begged his family for forgiveness.”

Now that you’ve read the shocking story of Matthew Taylor Coleman, learn about the Black Knight Satellite conspiracy theory. Then, dive into the terrifying Beasts of Satan cult murders.