It's unclear why the elephant targeted the woman, though wildlife officials say that elephants rarely attack without provocation. 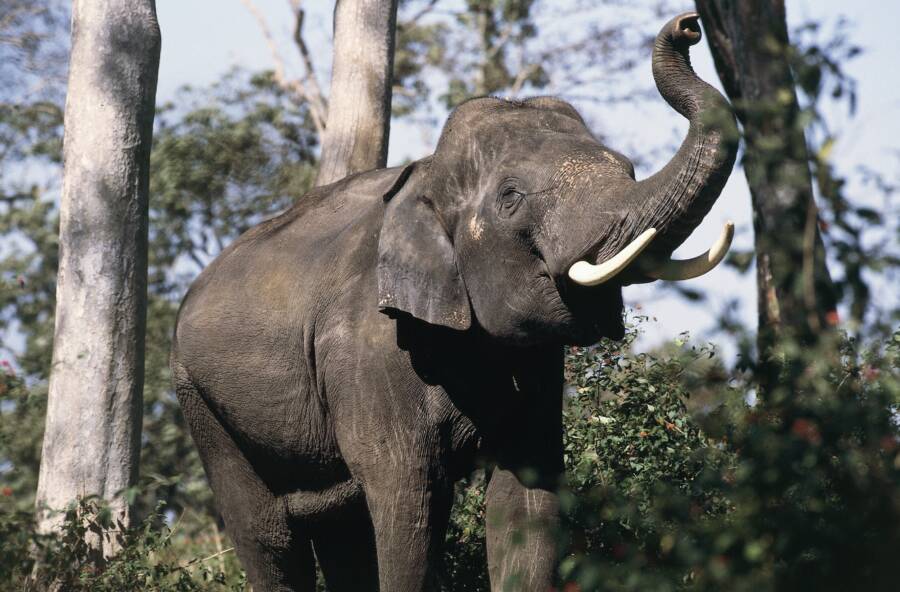 DeAgostini/Getty ImagesExperts say the elephant may have stuck around the area after trampling the woman, then either seen or smelled her corpse and sensed it as some kind of threat.

For one wild elephant in India, it wasn’t enough to trample a woman who crossed its path. The elephant also returned to her funeral, knocked her body from her funeral pyre, and trampled her again.

According to The Independent, 70-year-old Maya Murmu was drawing water in Odisha’s Mayurbhanj district when the wild animal suddenly appeared and trampled her. Though Murmu was taken to a local hospital, she succumbed to her injuries and died.

Then, as her loved ones gathered to put her to rest, the wild elephant appeared again alongside a larger herd. It stormed the funeral, knocked Murmu from her funeral pyre, trampled her body again, and tossed it away. The Times of India additionally reports that the elephants also damaged a number of houses, including Murmu’s.

“We were terrified after witnessing the elephant herd on Thursday evening,” one villager told the Times of India. “We have never had such a ferocious elephant bunch earlier.”

Murmu’s shocked family was able to retrieve her body and finish the funeral. This time, the elephant didn’t return. But questions remain over what prompted the attack in the first place — and why the elephant returned to attack Murmu a second time. 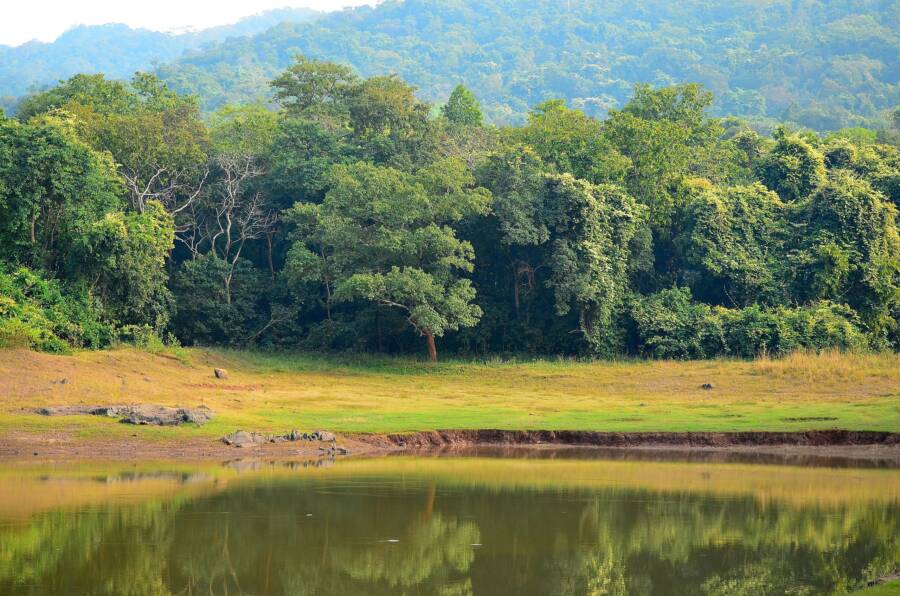 Experts believe that the elephant crossed paths with Murmu after wandering from the Dalma Wildlife Sanctuary. However, it’s not clear why the elephant left the sanctuary, which elephants favor, or why it attacked Murmu with such determined ferocity.

According to Duncan McNair, a lawyer and founder of conservation charity Save The Asian Elephants, who spoke to Newsweek, elephants are generally gentle creatures. Still, they have been known to attack humans when provoked.

“These endangered elephants can be deadly dangerous, particularly when provoked or abused,” McNair told Newsweek. “Elephants are generally benign, and passive … they don’t rush out of nowhere to attack people that pose no threat to their safety, or babies or to anything like that. [This incident] is surprising because it shows no provocation of the elephant.”

He added: “It’s just possible that if [the elephant] was in proximity still at the time of the funeral, and that’s not clear, that it will have recognized the remains. And it may have seen or smelled that and it may have associated that woman with some catastrophe to it or its heard. That is quite possible.”

Indeed, elephants and people have increasingly clashed over the past decades. And recent years seen both a spate of unexplained elephant deaths and elephant attacks on people. 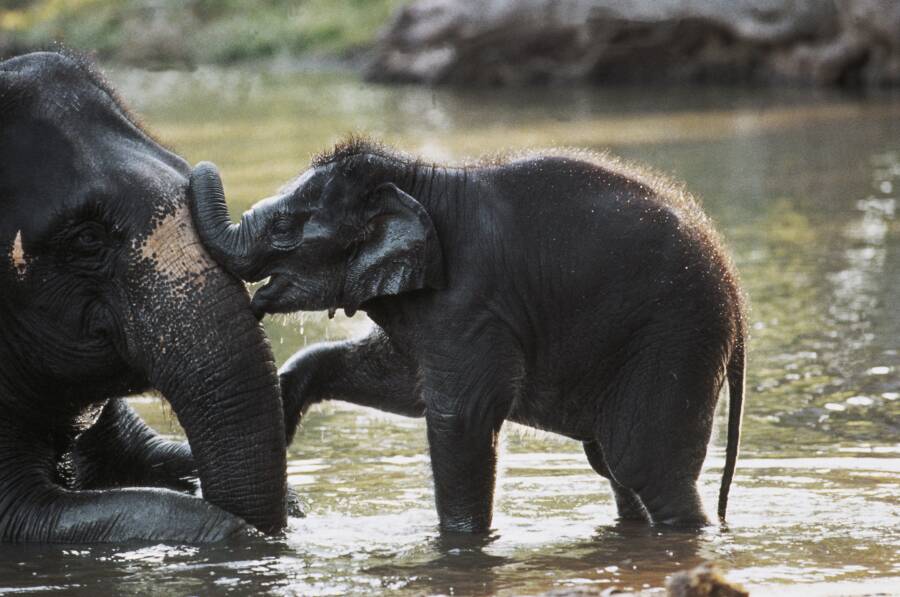 DeAgostini/Getty ImagesAn adult and baby elephant in India. Recent years have seen increasing conflicts with people and these wild animals.

The Independent reports that a number of elephant attacks on people have taken place so far this year. In March, in the Chhattisgarh state’s Bilaspur district, a woman was killed and her grandson injured by a wild elephant. And in May, another woman in the Tamil Nadu state’s Nilgiris district was similarly trampled to death by an elephant.

Meanwhile, in Odisha where Murmu was killed, some 1,356 elephants have died unnaturally in the last two decades.

Why is this? Newsweek reports that the development of land has forced wild elephants closer to people and that climate change has prompted them to roam further than normal in search of water sources. And when people and wild elephants cross paths, the results are sometimes deadly.

According to Wildlife SOS, anyone who encounters a wild elephant should try to remain calm.

“Please do not disturb or agitate the herd by shouting, pelting stones, throwing crackers, attempting to click selfies, photos, or shoot videos or throwing gasoline bombs their way,” they wrote.

They also noted: “The forest and the planet are just as much theirs as they are yours, and together you can share the same living space without hurting the animal or putting yourself in harm’s way.”