For two decades, Mayor Stubbs the cat officially held the highest office in one small town in Alaska. This is his one-of-a-kind story. 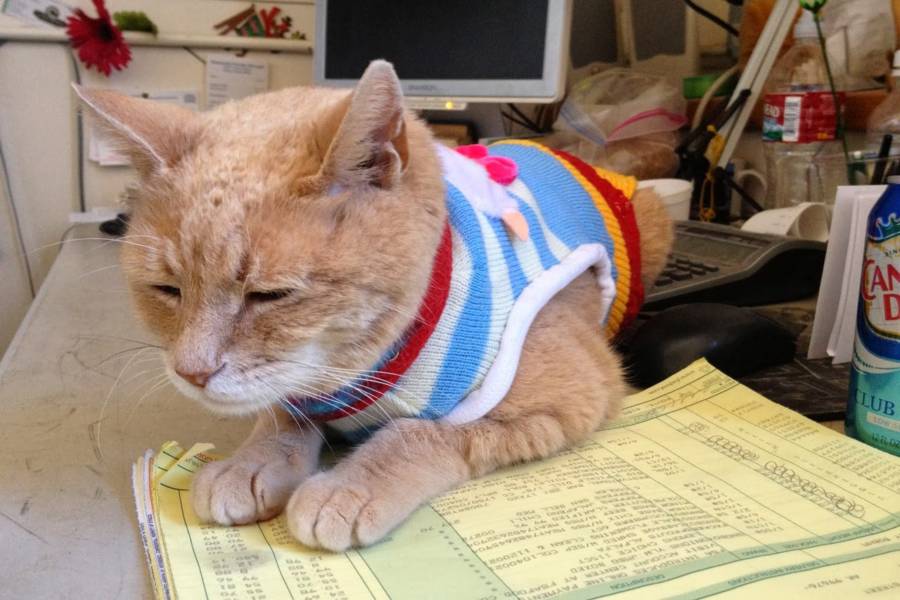 Marc-Andre Runcie-Unger/FlickrMayor Stubbs the cat, the leader of Talkeetna, Alaska for 20 years

A demanding yellow and orange hedonist, with zero qualifications, elected in a bout of anti-establishment protest despite having no experience, no platforms to speak of, no real power — and no opposable thumbs. This was Mayor Stubbs the cat, leader of Talkeetna, Alaska for nearly 20 years.

Talkeetna lies about halfway between Anchorage and the foothills of Denali National Park, in southern Alaska. A quirky community, Talkeetna is known for a few things (besides Mayor Stubbs the cat). One is the Moose Dropping Festival they host, in which moose dung is flung from a helicopter every July and lookers-on guess where it’ll land. Another is the Wilderness Woman Contest, where local women prove their physical prowess with games of strength, like tossing firewood and hunting moose.

Talkeetna is so singular that the town of Cicely in Northern Exposure was mirrored after it.

To call Talkeetna a small town would be an understatement; with fewer than 900 residents, “village” really does it more justice. In fact, as an unincorporated territory, it’s not even really a town at all. Intimacy, however, means very little in politics. In 1997, the mayoral election sparked apathy in the community, with no candidate deemed worthy enough to lead.

At the same time, Lauri Stec, manager at Nagley’s General Store, picked a kitty from a box full of unwanted cats. She selected a little ginger kitten, without a tail, whom she fittingly dubbed “Stubbs.”

A political star was born. The people of Talkeetna enacted a write-in campaign, and Mayor Stubbs the cat became the town’s new leader.

While whimsical, the Talkeetnans weren’t totally mad — the mayorhood was more symbolic than anything else. But, that doesn’t mean his legacy isn’t a fond one. According to Stec, “He doesn’t raise our taxes — we have no sales tax. He doesn’t interfere with business. He’s honest.”

With apparently the bare minimum met, the denizens of Talkeetna were content to let their furry mayor traipse around town drinking catnip-spiked water from stemware and “taking meetings” at the General Store/his office. Mayor Stubbs’ only demands were attention when he wants it, and interference when he didn’t (the tourists who visit his domain would get a bit too friendly).

For all his unorthodox ascendance, the laissez-faire leader led a fairly scandal-free reign, until he had a run-in with an unleashed dog. The canine mauled Stubbs, who was left with a punctured lung, and well as broken bones and deep cuts. The stalwart mayor survived, however, and kept up his career until he died four years later, in 2016, at the age of 20.

“We knew Stubbs before he really knew us. Never did we imagine that the Mayor of Talkeetna would become our new pet and best friend” wrote the Spone family, who bought the General Store and inherited the mayor along with it. “Thank you, Stubbs, for coming into our lives for the past 31 months; you are a remarkable cat and we will dearly miss you. We loved the time we were allowed to spend with you.”

After this look at Mayor Stubbs the cat, read up on Sergeant Stubby, the canine hero of World War I, and Wojtek the bear soldier of World War II.