The items found in the 6th-century grave suggest the man was a wealthy warrior who cared about his appearance. 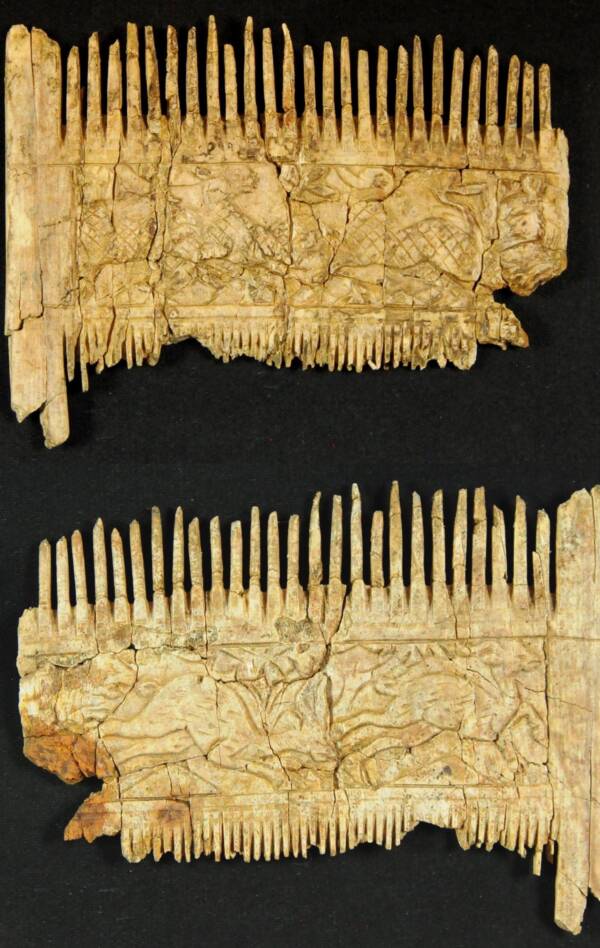 When archeologists came across the 1,500-year-old grave of a warrior in Bavaria, Germany, they found that it contained a number of normal grave objects for that time. But alongside a horse, a battle axe, and a longsword, they also found an intricate ivory comb that the warrior may have used on his beard.

The man’s remains were discovered alongside a woman’s in Nördlinger Ries, a 16-mile wide crater caused by a meteorite in western Bavaria. During the Middle Ages, it was the site of a village, where the pair likely lived.

Archeologists suspect that the couple enjoyed a high status during their lives. The man, who appeared to be 50-60 years old at the time of his death, was buried with a number of high-end goods which archeologists believe signified his “distinguished personality.”

The woman, who appeared to be 30-40 years old at her passing, was buried with jewelry, food, and a rare ceramic red bowl that seemed to come from Africa.

“The two finds [the comb and the bowl] must have been real luxury goods at the time,” explained Mathias Pfeil, head of the Bavarian State Office for Monument Preservation (BLfD). He also noted that the items appear to suggest that the couple had far-reaching contacts.

But of the two items, the ivory comb has elicited the most interest. While medieval graves frequently contain combs, they’re usually of lower quality. Ivory carvings from the 6th century — and indeed, ivory combs — are incredibly rare.

This comb appears distinct for other reasons as well. Originally found “completely splintered,” the restored comb appears to show leaping gazelles — animals foreign to Europe at the time. Most combs from the era, if they had designs, usually showed Christian motifs.

“Comparable representations on a comb from this one period have not yet been handed down to us,” enthused Johann Friedrich Tolksdorf, an archaeologist with BLfD.

“That doesn’t just make this find an outstanding archaeological one, but also an important art historical source.” 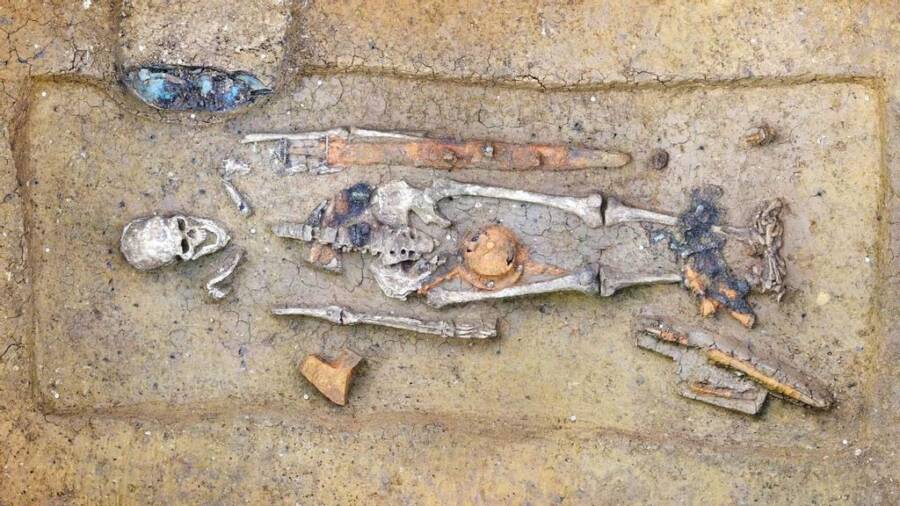 Archäologieburo Dr. WoidichThe buried hipster warrior. His comb, and a pair of scissors, were found in a small bag at his feet.

The ceramic red bowl found buried with the woman has also drawn interest. Unlike other items in her grave, which include preserved eggs and an accessory for a wooden loom, the bowl appears to have been manufactured abroad. Archeologists traced its origins to Tunisia.

“While this was widely traded in the Mediterranean, [this find is] the first evidence of such a product in such a complete condition in our latitudes,” BLfD explained in a statement.

The bowl also appears to have a cross stamped on its base, as well as some form of writing inscribed along its rim. Archeologists aren’t entirely sure what the writing means. In their statement, BLfD pondered: “Are these symbols mere scribbles, name signs, or ornamental or magical markings?” For now, they need further investigation. 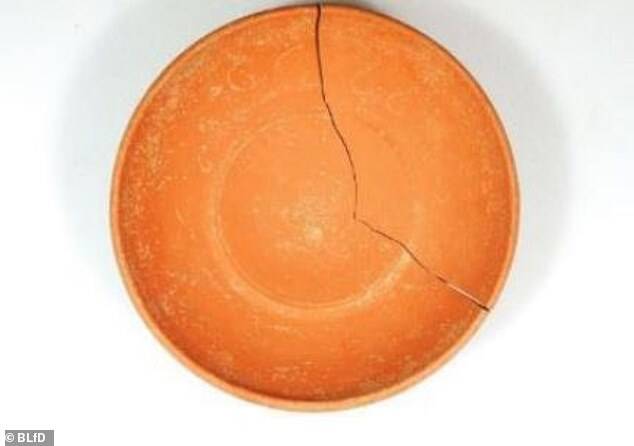 The bodies of the “hipster” warrior and the woman with the bowl were found in one of the most unusual places on earth: Nördlinger Ries. Today a city of about 200,000, the town formed within the boundaries of Ries Crater. Scientists proved that a meteor caused the crater in 1960 by scratching the town’s walls and finding shocked quartz.

Now, the town has another claim to fame. The bodies of the man and the woman buried in Nördlinger 1,500 years ago have presented a number of puzzling mysteries for archeologists to untangle. Who was the warrior? Where did his comb come from? And what do the symbols on the bowl found in the woman’s grave mean?

BLfD explained in their statement that both bodies were found during preparations for development. As such, the municipality has decided that the “hipster” warrior and the bowl woman will be “accessible to the public as well as to science.”

For now, we’re left to speculate. It certainly seems that the warrior was a well-respected, wealthy man, who cared deeply about the state of his hair and beard.

After reading about the “hipster” 6th-century warrior found in Germany, learn about the skeleton of an Italian warrior who seems to have replaced a missing hand with a prosthetic weapon. Or, discover the story of the Slavic woman warrior found buried with her ax.