In the 1960s, Rhode Island built state Route 37 right over nearly 1,000 graves of people who had died at a nearby state institution for the poor, sick, and mentally ill. 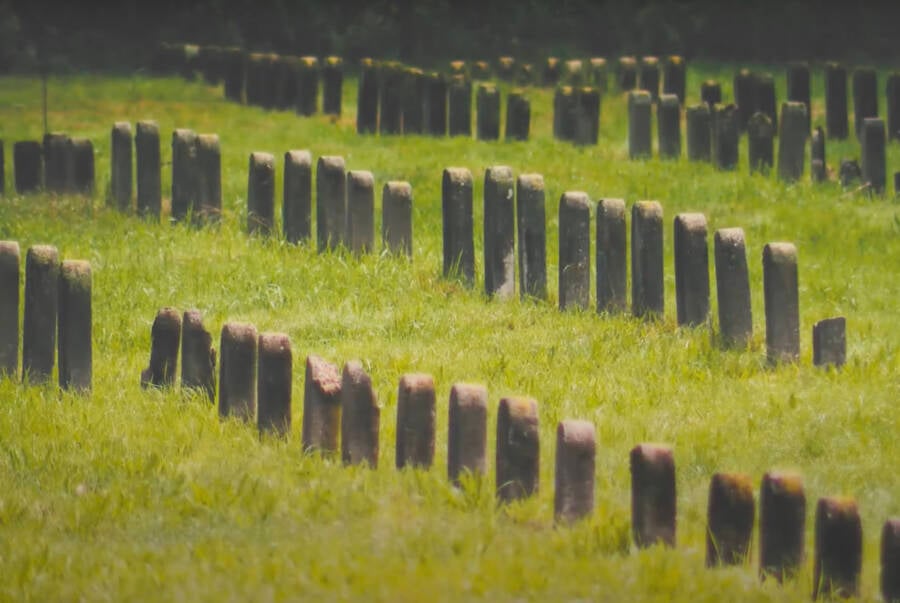 WPRI/YouTubeThe bodies buried under Rhode Island’s Route 37 were part of a state cemetery for the poor and mentally ill.

Tens of thousands of Cranston residents commute to work on Rhode Island’s Route 37 every single day. However, most of them don’t realize that up to 1,000 bodies are buried beneath that highway.

According to ABC News, Route 37 was built from 1963 to 1969 over a part of an institution cemetery called State Institute Cemetery No. 1. That site held 3,000 people across 1,200 gravesites. Rhode Island Department of Transportation spokesman Charles St. Martin stated 1,000 of them should have been moved beforehand.

Since federal legislation to preserve historical sites only passed in 1966, they were not. This has left relatives of the dead furious. According to WGN9, Maria da Graca had been looking for her great-great-grandfather’s grave for over a decade — only to discover he had been dug up and reburied in an unmarked mass grave.

“This is an abomination,” she said. “This is really a bad mark on the state of Rhode Island. These people were in their final, eternal resting places, and they were dug up and dumped.”

More than 5,000 impoverished residents were buried by state institutions in Cranston, Rhode Island, between 1875 and 1953. Many of these gravesites were marked only with wooden crosses, most of which rotted away after years of being exposed to the elements — leaving no trace behind.

While the federal government did impose laws to protect historical and archaeological sites in the mid-1960s, construction on Route 37 was already well underway.

“It was during a time when regulations were far more lax than they are now,” said St. Martin. “This would never happen now.”

It seemed fortunate that da Graca’s relative Antonio Coelho was buried in State Institution Cemetery No. 3 when he died in 1941. But the state continued to mistreat the dead even after Route 37’s completion. Without notifying the families, Coelho and 576 others were dug up in 1975 and reburied in an unmarked mass grave. 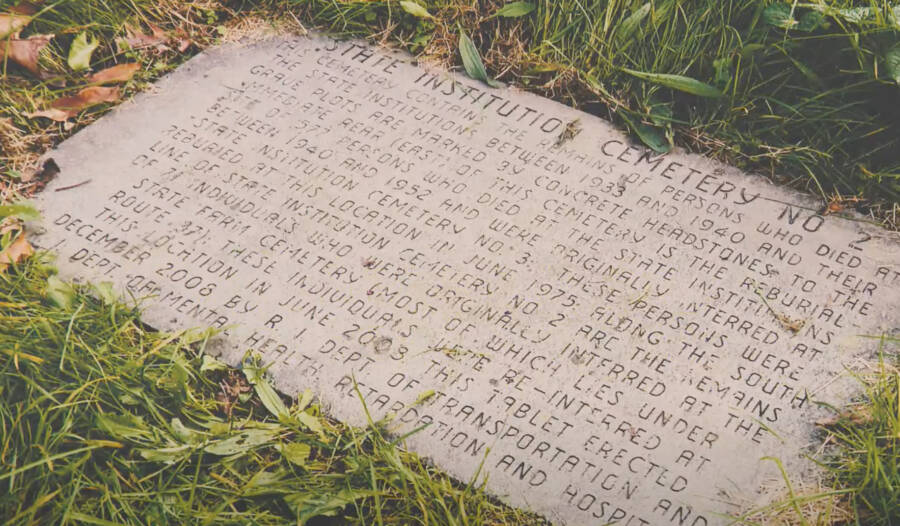 WPRI/YouTubeThe investigation into the burials began when Maria da Graca contacted a local news team to help her find the grave of her great-great-grandfather.

That mass grave, in State Institution Cemetery No. 2, had been created to make way for an industrial complex. After the 1960s, many like da Graca had no idea whether their loved ones lay beneath Route 37 or had been fortunate enough to continue resting below natural grounds.

Then, in 2006, answers shockingly emerged. That’s when heavy rainfall saw the remains of 71 people beneath Route 37 come to the surface.

While these were reburied in State Institution Cemetery No. 2, Pegee Malcolm, the chairwoman of Rhode Island’s Advisory Commission on Historical Cemeteries, stated that between 800 and 1,000 people are still buried under the highway.

Da Graca spent years trying to find her relative’s resting place. Records have since clarified that Coelho was reinterred in the mass grave without her knowledge. But five years ago, someone stole the plaque indicating where this burial site even was. Today, nothing commemorates it.

Originally from Cape Verde, Antonio Coelho was the first person to travel to Rhode Island to buy a packet ship in 1891. These transported immigrants to the capital of Providence for work and carried everything from mail and money to clothing for their families. Even the local Children’s Museum has featured Coelho since 1997. 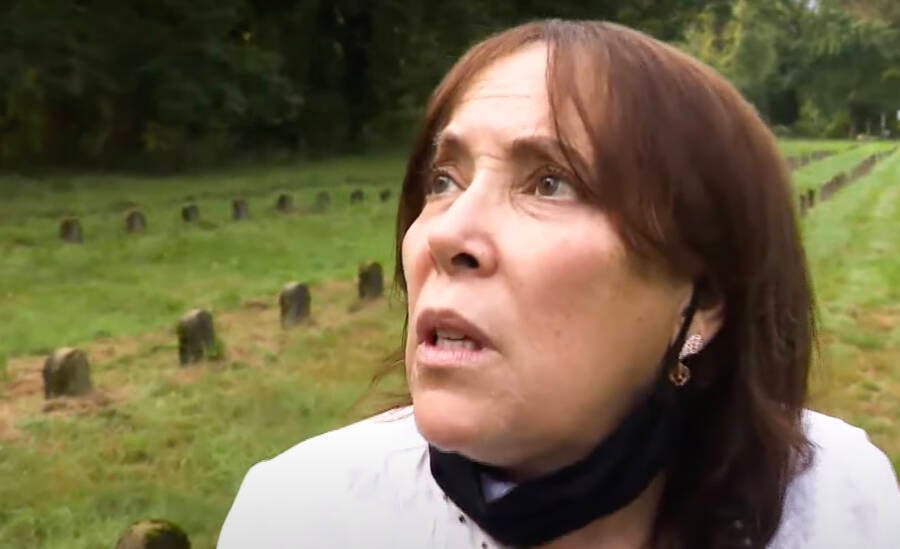 WPRI/YouTubeMaria Da Graca merely wants to know where her relative’s remains are and have a designated place to commemorate him.

“All of our research indicated he was a really important voice in the community,” said executive director Caroline Payson. “He was very supportive of the immigrants who came over, and I think helped build that community.”

Unfortunately, laws at the time prohibited people from Cape Verde from owning ships in their name. The captain who sold it to Coelho viciously sank it after being fairly paid for it and then bought the damaged vessel at auction at a reduced price. Coelho was rendered impoverished — and died at the state institution in Cranston.

Ultimately, Maria da Graca is unconvinced that her great-great-grandfather was reburied at the mass grave in State Institution Cemetery No. 2. Fortunately, the Transportation Department’s communications director, Lisbeth Pettengill, announced the organization would work tirelessly to help her locate his remains.

“I’m not looking for acknowledgment,” said da Graca. “I want a respectable place where I can bring my children to come and say, ‘Thank you.'”

After reading about the bodies buried beneath a Rhode Island highway, learn about the 7,000 bodies found buried under an insane asylum in Mississippi. Then, read about the Peruvian pipeline workers who found an 800-year-old mass grave.