On Monday, Japanese artists made major gains in freedom of expression when an artist who prominently features vaginas in her work was found not guilty of obscenity (though she still had to pay a fine). 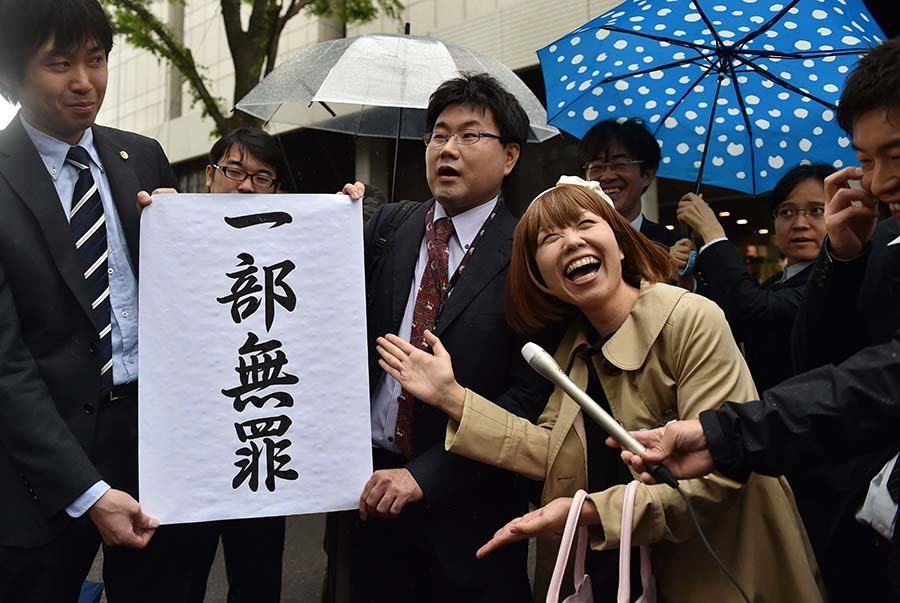 Japanese artist Megumi Igarashi (tan coat) and her lawyers pose with a sign reading “a part is not guilty” in front of the Tokyo District Court on May 9, 2016. Photo: KAZUHIRO NOGI/AFP/Getty Images

42-year-old artist Megumi Igarashi’s case successfully challenged how Japanese law limits artistic freedom — and highlights the gendered lens through which Japanese officials often evaluate art considered to be “decent” for public consumption. But Igarashi’s fight to justify her vagina-inspired work isn’t over yet.

In July 2014, Igarashi was arrested for creating a 3D model of her vagina. Igarashi, who works under the name Rokudenashi-ko — “Good-for-nothing-girl” — privately emailed the model to donors helping her fund a project. But the Tokyo Metropolitan Police claimed that her actions constituted the “distribution of obscene material electronically.” Igarashi didn’t buy the charges.

“I do not acknowledge that (the work) is an obscenity,” she told the police at the time. 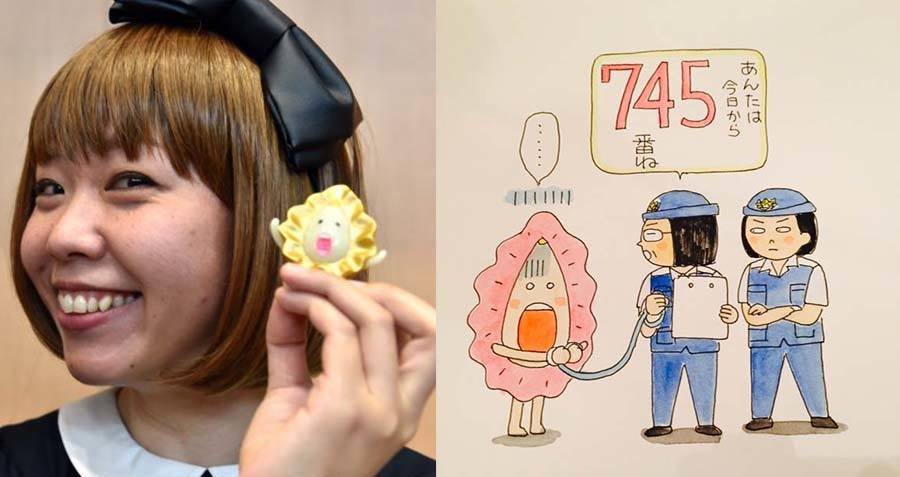 Igarashi, left, and some of her drawings, right. Photos: Rokudenashiko/Tumblr

Igarashi then constructed a kayak from the vagina-model. She crowdfunded about $10,000 to build the boat, or as she calls it, her “Peach on the Beach.”

In addition to kayaks, Igarashi has used her unique molds to build dioramas complete with grass, trees, school buildings, and toy soldiers.

However eccentric, Igarashi’s art has found its fair share of high-profile fans: Over a meal with the oft-censored Chinese artist Ai Wei Wei, he wore one of her charming, vagina-shaped fuchsia figurines on his arm.

Igarashi was released a week after her July arrest, but her legal troubles didn’t end there. In December of the same year, she was arrested again, this time for displaying an obscene objects — her sparkly pink and yellow vagina-shaped figurines — in the window of a sex shop. Though she was released, she was indicted later that month.

In response, Igarashi touched on a gender double standard when it comes to sexual imagery. On her website, Igarashi writes that, “Manko, pussy, has been such a taboo in the Japanese society. Penis, on the other hand, has been used in illustrations and signed as a part of pop culture. But pussy has never been so cute.” 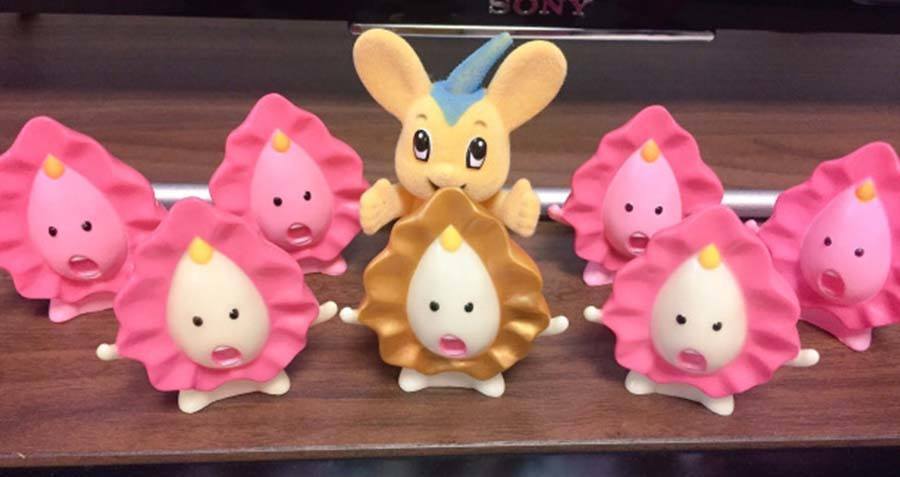 Some of her figurines. Photo: Tumblr

Igarashi makes a strong point: Kanamara Matsuri (“Festival of the Steel Phallus”) — which started around the 17th century — celebrates the phallus with a parade featuring penis candy, carved vegetables, and illustrations. It honors the Kanayama Shrine, where prostitutes traditionally prayed for protection again sexually transmitted infections.

Though the court acknowledged that Igarashi’s figures could be considered pop-art, she was still fined for distributing the images electronically because the model could “sexually arouse” viewers. She plans to appeal the decision.

Later this month, Megumi Igarashi will travel to Canada for the Toronto Comic Arts Festival, where she will be promoting her new graphic novel, What Is Obscenity? The Story Of A Good For Nothing Artist And Her Pussy.

Next, meet Japan’s internet cafe refugees. Then, read about the Russian artist who took on Vladimir Putin, Petro Wodkins.