The graves of the horse and rider were found in the German town of Knittlingen among other medieval graves. 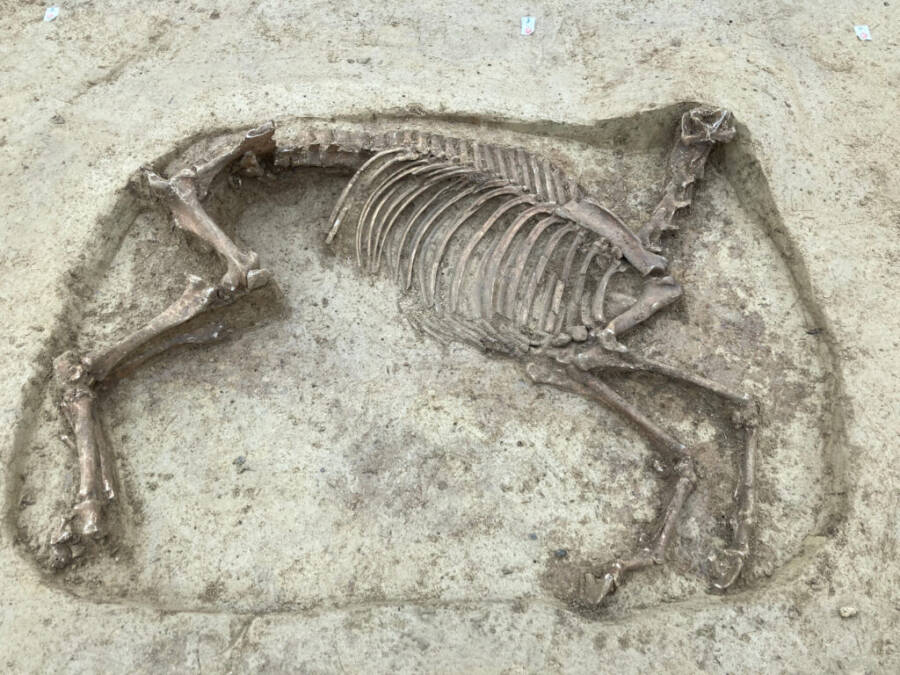 State Office for the Preservation of Monuments in the Regional Council of Stuttgart/ F. DammingerThe decapitation of the horse was likely part of a burial ceremony.

Amid a medieval burial site of around 100 graves in Germany, archeologists came across a surprising discovery. Buried alongside the human skeletons, they found a horse missing its head.

The horse’s owner, found nearby, was likely a social elite of the Merovingian Dynasty, which ruled over parts of France, Germany, and Switzerland between 476 and 750 C.E. The Merovingians were known as the “long-haired kings” since tradition stated that cutting their hair prohibited them from rule.

The owner “stood in a ‘chain of command’ with the Merovingian kings on its top, which meant he was obliged to participate in the king’s campaigns,” explained Folke Damminger of the Stuttgart Regional Council’s State Office for Monument Preservation, who led the excavation.

Though the man probably oversaw a farming household, he likely didn’t do any farming himself. That task was presumably left to servants under his command.

It’s not entirely clear why he was buried near his horse, however, nor why exactly the horse was decapitated. Damminger speculated that “most probably the decapitation [of the horse] was part of the burial ceremony.”

The man’s family would have wanted to preserve their loved one’s social status in death, Damminger said. “One function of this ceremony was the ‘staging’ of the deceased in his former status and wealth as a claim of his successors to maintain this status,” he explained.

As such, the horse was likely not part of a sacrificial ritual. Rather, it was a “grave good” meant to reflect his elevated social standing. 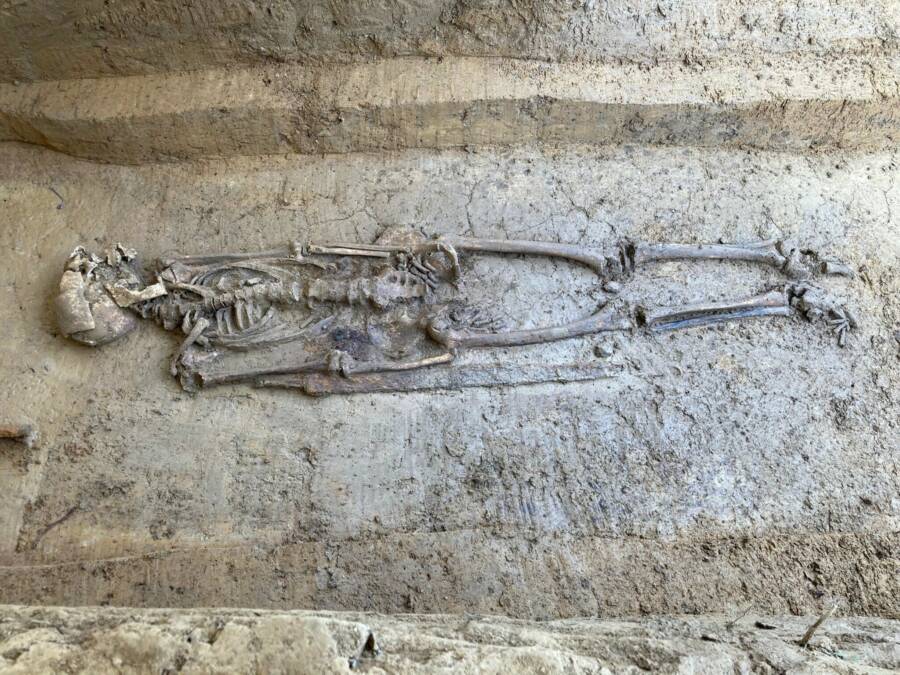 Folke Damminger/Baden-Wuerttemberg State Office for Monument Preservation in the Stuttgart Government Presidium The remains of the horse’s owner, likely an elite in his time.

It’s not unheard of, though rare, to find horses buried with their owners in medieval graves. The “funerals of animals, especially of individual horses, are well known from many grave fields of the Early Middle Ages,” explained German archaeologist Claus Ahrens in 1975.

In fact, an archeological dig in the German town of Wulfsen in 1974 uncovered 35 human burials, alongside three horses. These horses, however, were not decapitated.

But the decapitated horse — its head remains missing — is just one of several incredible finds unearthed at the medieval burial site in Knittlingen.

First discovered in 1920 during the construction of a never-completed narrow-gauge railway, the site contains 110 graves. Some graves are simple; others are elaborately designed wooden chambers. Though some of the graves have been targeted by thieves, many treasures remain in place.

“Despite their fragmentation as a result of ancient robbery, the finds provide indications of the social status of the dead,” remarked Damminger.

Indeed, he and other archeologists have recovered a number of compelling objects. In the men’s graves, they found swords, lances, shields, belts, and arrowheads.

And in graves belonging to women and girls, the archeologists found pearl necklaces, robe clasps (called fibulae), earrings, bracelets, belt hangers, amulets, and items like knives and combs. One woman’s grave even contained a “gold disc brooch” which was fashionable in the 7th century. 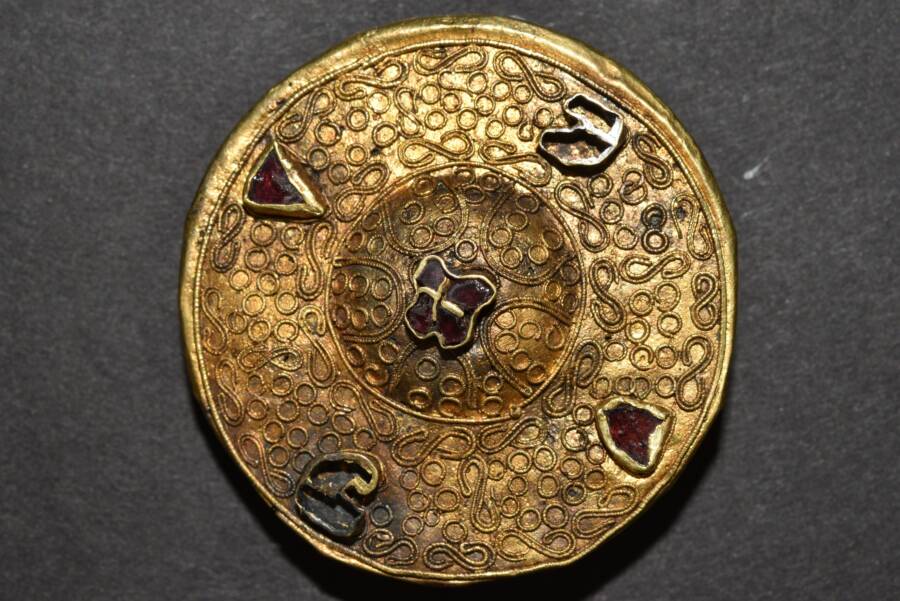 Folke Damminger/Baden-Wuerttemberg State Office for Monument Preservation in the Stuttgart Government Presidium This object was found in the grave of a young woman at the site.

Both sets of graves — regardless of sex and age — contained ceramic vessels, which contained traces of animal bones and eggshells. These were likely offerings to the deceased.

Mysteriously, graves of a slightly later date appear more modest. According to a press release about the discovery: “It is not known whether this is due to reduced prosperity or a different staging of the burials of the local elite.”

For now, Folke Damminger and his team will continue to examine the skeletons they’ve recovered, including those of the rider and his horse. They’ll study the goods in his grave, and his skeleton, in hopes of learning more about how he lived and died.

One thing seems likely. This Merovingian loved his horse — so much that his family decided to send it to the afterlife alongside him.

After reading about the headless horse found in Germany, learn about the Iron age chariot, horse, and rider found buried in England. Or, discover the story of the 40,000-year-old horse preserved in Siberian permafrost.