The Life And Death Of Brandon Teena, The Trans Man Who Inspired ‘Boys Don’t Cry’

Brandon Teena was just 21 years old when he was raped and murdered in a brutal hate crime in December 1993.

Many people today know the name Brandon Teena thanks to the Oscar-winning film Boys Don’t Cry. But there was far more to this young trans man than what was shown in the movie. After spending most of his life in and around Lincoln, Nebraska, he decided to move to another part of the state where no one knew his story in the early 1990s.

Brandon Teena hoped that he could start a new life in a new place where no one would know that he was trans. But instead, he was outed in a humiliating fashion. Then, he was brutally raped and murdered by two male acquaintances. And in the aftermath, many journalists at the time framed the story as a curiosity at best and an outright joke at worst.

But Teena’s tragic death was also a watershed moment in LGBTQ history. Not only did it expose an epidemic of anti-trans violence in America, but it also arguably paved the way for numerous hate crime laws across the country that specifically included trans people. While there is still much to be done, there’s no question that the story of Brandon Teena changed history.

The Early Life Of Brandon Teena 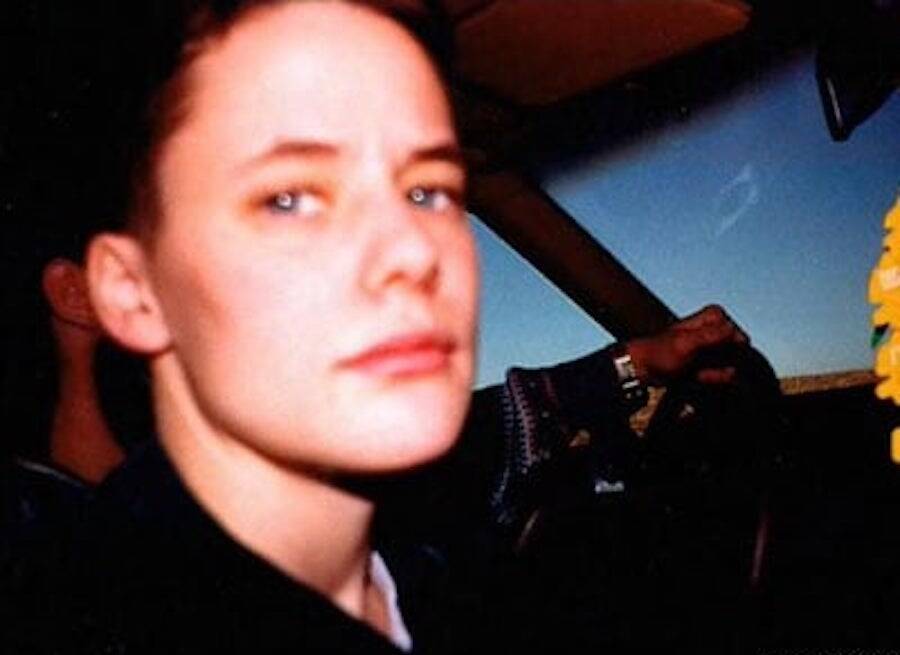 Born on December 12, 1972, Brandon Teena was originally given the name Teena Renae Brandon at birth. He grew up in Lincoln, Nebraska, and he was raised by a single mother named JoAnn Brandon.

Growing up, Brandon Teena was often described as a “tomboy.” He highly preferred wearing masculine clothes over traditionally feminine outfits. Teena’s behavior also mirrored that of local boys in town. By the time he was in high school, he was dating girls. He was also using masculine names — starting with “Billy” and eventually settling on “Brandon.”

Though he was popular with the girls — some of whom didn’t even know that he was trans — Brandon Teena struggled to stay focused in school. He began to skip class regularly and was expelled before he was able to graduate. Around this same time, he was also struggling with his relationship with his mother, who did not want him to explore his gender identity.

Seeing few options for future success, Teena supported himself by working odd jobs and dabbling in crimes like forging checks and stealing credit cards. In 1992, he briefly received counseling from David Bolkovac, the director of the Gay and Lesbian Resource Center at the University of Nebraska.

At the time, the treatment was supposed to be for a “gender identity crisis,” as many people at the time assumed that Brandon Teena was a lesbian. However, Bolkovac acknowledged that the assumption was incorrect: “Brandon believed she was a man trapped in a woman’s body… [Brandon] did not identify herself as a lesbian… she believed she was a man.”

Longing for a fresh start in a place where no one would know that he was trans, Brandon Teena decided to move to the Falls City region of Nebraska before his 21st birthday. But soon after he arrived, tragedy struck.

The Brutal Rape And Murder Of Brandon Teena 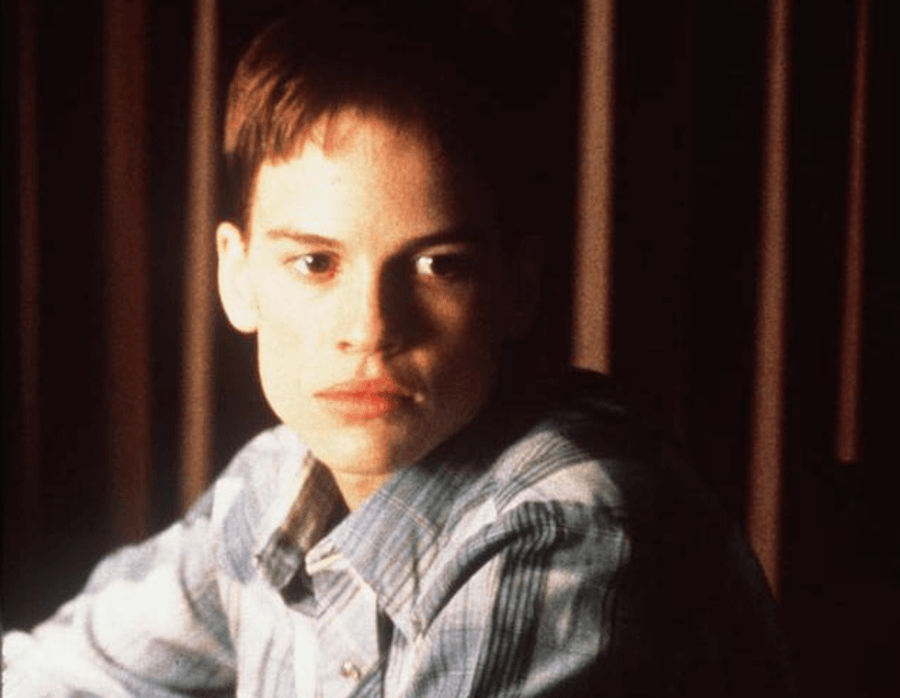 But everything started falling apart on December 19, 1993. That day, Brandon Teena was arrested for forging checks. When Tisdel arrived at the jail to pick him up, she was shocked to see him in the “female” section. He then said that he was intersex — an unsubstantiated claim that he had made before — and that he was hoping to receive sex reassignment surgery.

In the movie Boys Don’t Cry, Tisdel’s character decides to continue dating Teena despite his surprising confession. But the real Tisdel disputed this, saying that she ended the romantic relationship after the conversation. She even sued Fox Searchlight Pictures for this scene — among other qualms that she had with the film — and later settled for an undisclosed sum.

Either way, Teena and Tisdel remained in touch. But Tisdel was not the only one who learned that Teena was not a cisgender man. Details of his arrest were published in a local newspaper, which included the name that he was given by his mother. This meant that he was outed — and all of his new acquaintances now knew the gender that he was assigned at birth.

When word reached Lotter and Nissen, they were furious. And at a Christmas Eve party on December 24, 1993, they violently confronted Teena about his identity. Not only did they physically attack him, but they also forced him to remove his clothes in front of party guests — which included Tisdel.

Lotter and Nissen later kidnapped Teena, forced him into a car, and brutally raped him. They also threatened to kill him if he ever reported the crime. But ultimately, Teena made the decision to alert the police anyway.

Unfortunately, the Richardson County Sheriff, Charles Laux, refused to take Teena’s story seriously. In fact, Laux seemed more interested in Teena’s transgender identity, asking questions like “Do you run around once in a while with a sock in your pants to make you look like a boy?” and “Why do you run around with girls instead of guys, beings you’re a girl yourself?”

And even when Laux was asking Teena questions about the rape, they were often demeaning and dehumanizing, such as “So then after he couldn’t stick it in your vagina he stuck it in your box or in your buttocks, is that right?” and “Did he play with your breasts or anything?”

Though Laux also tracked down Lotter and Nissen and interviewed them about the attack, he did not arrest them — leaving them plenty of time to plan the murder of Brandon Teena on December 31, 1993.

The only surviving member of the household was Lambert’s eight-month-old son — who was left alone to sob in his crib for hours.

The Aftermath Of A Horrific Crime 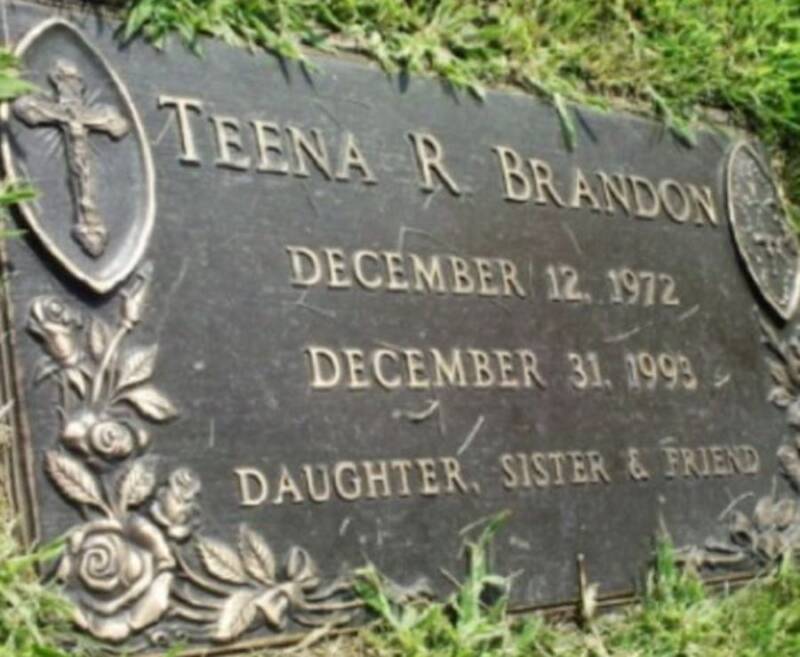 PinterestBrandon Teena’s grave has ignited controversy in recent years, as it bears the name he was given at birth.

Nissen and Lotter were arrested later that same day and charged with murder. Though both were found guilty, Lotter received the death penalty and Nissen received life in prison — since he had agreed to testify against Lotter. (Nebraska later abolished the death penalty in 2015, meaning that Lotter was eventually sentenced to life in prison as well.)

JoAnn Brandon sued Richardson County and Laux for failing to protect her child. Brandon asked for $350,000 in damages, but she was initially given just $17,360. At the time, District Judge Orville Coady argued that Teena was “partly responsible” for his own death because of his “lifestyle.”

But Brandon didn’t back down, and she was eventually awarded $98,223 in 2001 — which was still far less than what she had originally asked for.

As for Laux, he received shockingly few consequences for his actions, aside from being “admonished” and asked to apologize to JoAnn Brandon. A few years after the murder, Laux was voted commissioner of Richardson County. He then took a job at the same prison that housed Lotter before retiring.

And according to one sheriff familiar with Laux, he doesn’t spend much time thinking about the tragedy years later: “He has rationalized his role to the point where he’s blameless. I’m sure it’s a defense mechanism.”

Meanwhile, the press mishandled the story of Brandon Teena — and the depiction of him — for years. The Associated Press referred to him as a “cross-dressing rape accuser.” Playboy described the murder as a “death of a deceiver.” Even LGBTQ-friendly newspapers like The Village Voice bungled the story, misgendering Teena and portraying him as “a lesbian who hated ‘her’ body because of prior experiences of childhood sexual abuse and rape.”

It took the debut of Boys Don’t Cry in 1999 to soften the harsh glare cast on Brandon Teena. Hilary Swank famously portrayed the doomed young man, causing many to think twice about how they viewed trans people. While it didn’t change things overnight — and not everyone was moved by the film — it helped open a national conversation that many felt was overdue.

But JoAnn Brandon was not a fan. Though she had been devastated by her child’s death, she refused to accept that Teena was transgender for years and often used she/her pronouns when referring to Teena. And when Swank won an Oscar for her portrayal of Teena, she famously thanked Teena during her acceptance speech while using his chosen name and he/him pronouns — a move that infuriated Teena’s mother.

However, JoAnn Brandon has softened her stance in recent years. While she still doesn’t like the Boys Don’t Cry movie, she acknowledges the fact that it offered some trans activists a new platform that they didn’t have before.

“It gave them a platform to voice their opinions, and I’m glad of that,” JoAnn Brandon said. “There were a lot of people who didn’t understand what it was [my child] was going through. We’ve come a long way since then.”

After reading about Brandon Teena, check out nine stories of brave LGBTQ soldiers who were nearly forgotten by history. Then, learn about five issues facing the transgender community that you likely won’t see on TV.