The True Story Of The Iconic “Migrant Mother” Photograph 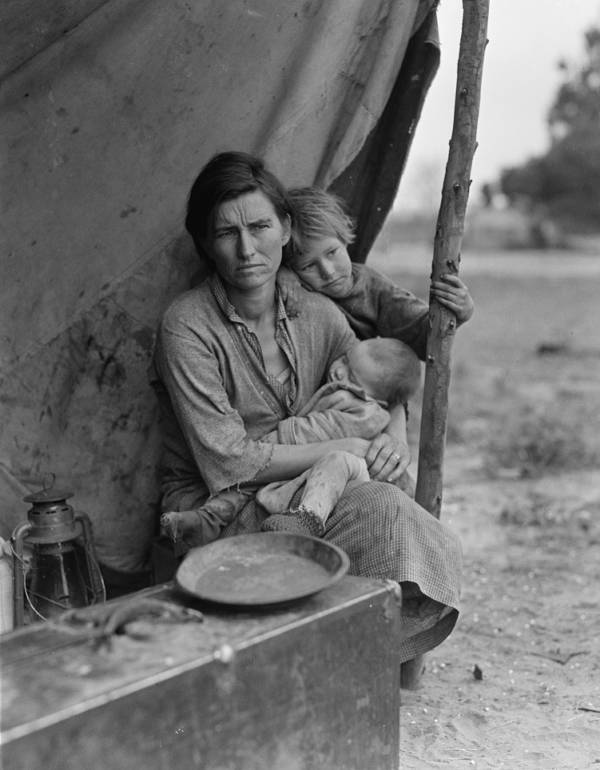 Despite Lange’s promise not to publish the photos, she filed them with the Federal Resettlement Administration and mailed a copy to the San Francisco News almost as soon as she got the chance.

The News ran the now iconic photo (that last of the six that Lange took) with Lange’s inaccurate details and reported that thousands of migrant farm laborers were starving in the San Joaquin Valley. Almost at once, readers of the paper began sending in donations so that poor could buy food. The government swung into action right away as well. Something like 20,000 pounds of food were immediately shipped to Nipomo to relieve what looked in the papers like a developing famine.

Owens and her family weren’t there to eat it. By the time the first parcel arrived, the family had moved on. Before long, the photo ran in national dailies and in magazines across the country. Everybody was looking at Owens’ worried expression and seeing the whole economic mess of the decade summed up in the lines of her face.

Everybody except for Owens, that is. In fact, she later claimed never to have seen the photos, though Lange had promised to send her copies, and nobody had ever recognized her from what was arguably the decade’s signature photograph.