A group of boars killed three ISIS militants who were setting up an ambush against local tribesmen in northern Iraq on Sunday. 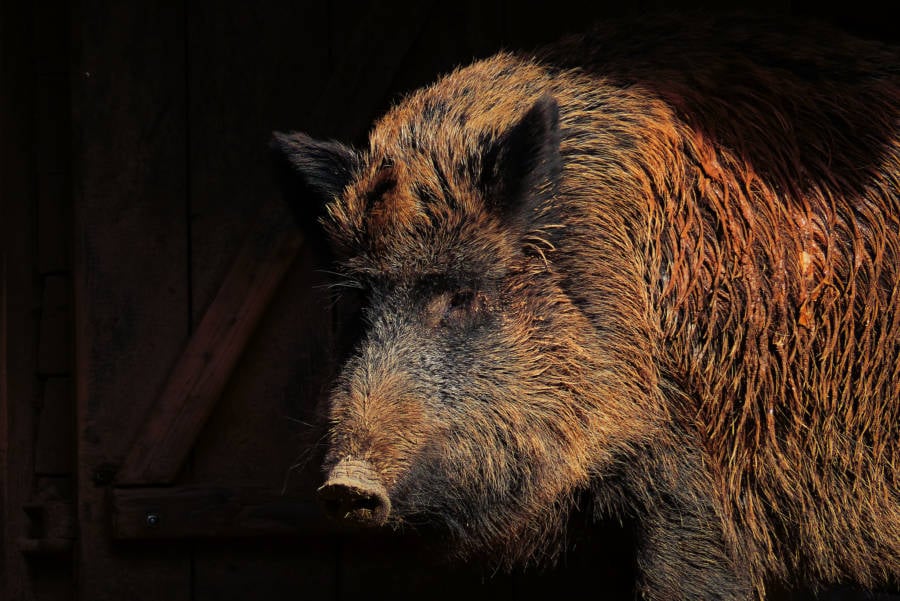 A group of wild boars injured five ISIS militants and killed three as the men were preparing an ambush against local resistance fighters in Iraq this past Sunday, according to reports from locals cited in The Times of London, among others.

Ubaid tribal chief Sheikh Anwar al-Assi, leader of the anti-ISIS resistance forces in the area, told The Times that at least eight ISIS fighters had hidden in some dense reeds in preparation for an ambush against locals. “It is likely their movement disturbed a herd of wild pigs, which inhabit the area as well as the nearby cornfields,” al-Assi said.

While both the number of boars that then attacked and how exactly they killed the militants remain unclear, what is clear from the reports is that three militants died during the attack and another five were injured.

Although such boar attacks are not common in the area, “the animals are known for their relentless, ferocious attacks that can result in death,” Newsweek writes, citing a 2006 report from the Journal of Forensic Medicine. That report goes on to state:

“The boar has a typical method of attack wherein it steadily rushes forward, pointing the tusks towards the animal to be attacked and inflicts the injuries. It goes back, takes position and attacks the victim again. This repeated nature of attack continues till the victim is completely incapacitated due to multiple penetrating injuries, which can have a fatal consequence.”

This attack reportedly proved fatal not just for the ISIS militants but also for some of the boars as well. Locals claim that, following the attack, militants “took revenge on the pigs.”

All of this occurred in the Hamrin Mountains, part of an area of northern Iraq that has been under ISIS control since 2014, when the extremists’ forces took the nearby town of Hawija. It was there that ISIS fighters reportedly massacred at least 25 civilians attempting to flee the area not long before the boar attack took place.

Civilians frequently attempt to flee this area and make their way northeast to the city of Kirkuk, which is largely controlled by Kurdish forces that are fighting ISIS. These forces — along with a coalition including Iraqi military, U.S. personnel, and Shiite Muslim militias — are leading the assault on ISIS that has seen the extremist group’s power fall significantly from its 2014 high.

The last major stronghold for ISIS is now the city of Mosul, northwest of Kirkuk. Anti-ISIS forces hope to soon fully liberate Mosul and all of the surrounding area, including Hawija, the area where the boar attack occurred.

Next, check out the radioactive boars that are preventing people from returning home to Fukushima, Japan following its nuclear power plant meltdown. Then, view some of the most intense photos from the war against ISIS.