This Nearly 2000-Year-Old Temple Was Destroyed By ISIS

This August, ISIS members destroyed the Temple of Baalshamin, a Syrian temple regarded as a historic cornerstone of religious life. 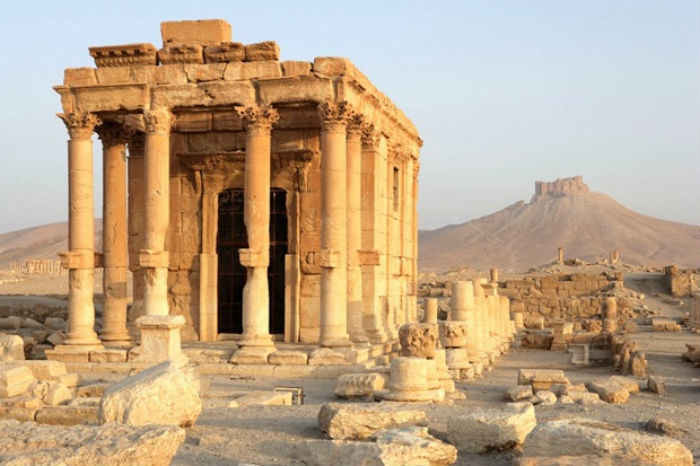 ISIS continues to strike in Iraq and Syria, with more than 10,000 executions to date, according to human rights organizations.

The extremist group has not stopped at terrorizing natives, but has also destroyed significant monuments and antiquities. Less than a month ago, ISIS released images of a demolished ancient temple in Palmyra, Syria, for whose shattered state the extremist group claimed responsibility.

For nearly 2,000 years, many considered the Temple of Baalshamin to be the center of religious life in the city. Following the demolition, the Syrian Observatory for Human Rights released a statement saying that ISIS fighters detonated explosives around the temple, which was later confirmed by Syria’s antiquities chief Maamoun Abdul Karim.

“We have said repeatedly the next phase would be one of terrorizing people and when they have time they will begin destroying temples,” said Abdul Karim to Reuters.

“I am seeing Palmyra being destroyed in front of my eyes,” he added. “God help us in the days to come.”

The United Nations organization UNESCO condemned the attack on the temple as a war crime.

“The systematic destruction of cultural symbols embodying Syrian cultural diversity reveals the true intent of such attacks, which is to deprive the Syrian people of its knowledge, its identity and history,” UNESCO Director-General Irina Bokova said in a statement.

To learn more about what life under ISIS control is like, read on. And for more on Syria’s civil war, check out our gallery.

Gabrielle Kwarteng
A born and bred New Yorker, Gabrielle Kwarteng is the Social Media Manager for PBH Network. She loves to take street portraits with her Nikon FA and DJ for anyone who'll listen.
You might also like
Remove Ads
×
Follow hu On