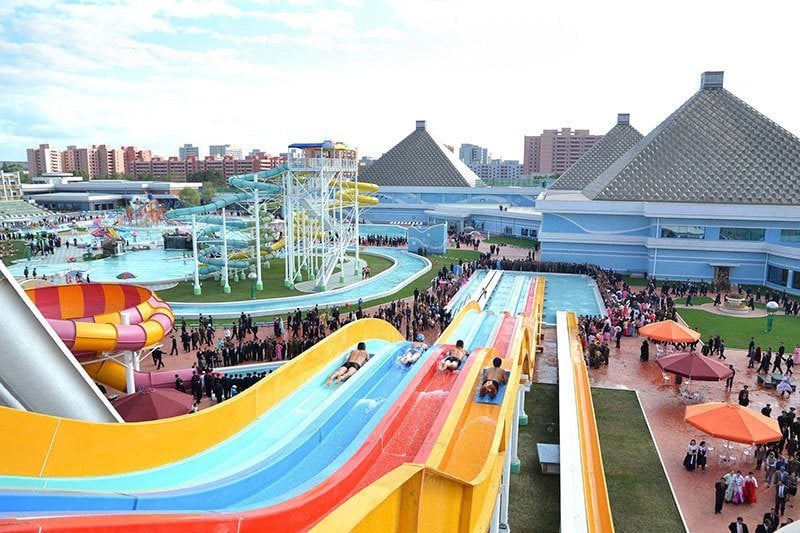 In October 2013, North Korean military personnel and party officials stood sternly at the opening ceremony of the latest venue meant to display North Korean wealth and devotion to their Dear Leader: a water park.

Said Premiere Pak Jong Ju of the new water park, “[It] is the edifice built thanks to Korean Peoples’ Army service personnel’s spirit of devotedly carrying out any project and their fighting traits as they are ready to flatten even a high mountain at a go-in-hearty response to the order of the supreme commander.”

Located in east Pyongyang, Munsu Water Park covers about 37 acres of land, features a smorgasbord of both indoor and outdoor attractions, and has been called the “creepiest water park you’ve ever seen” by The Washington Post. 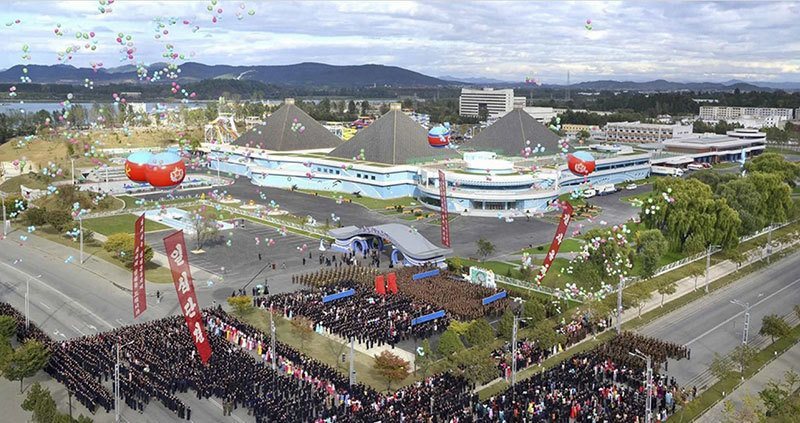 As this picture shows, the park’s opening ceremony was a grand affair. Source: Washington Post 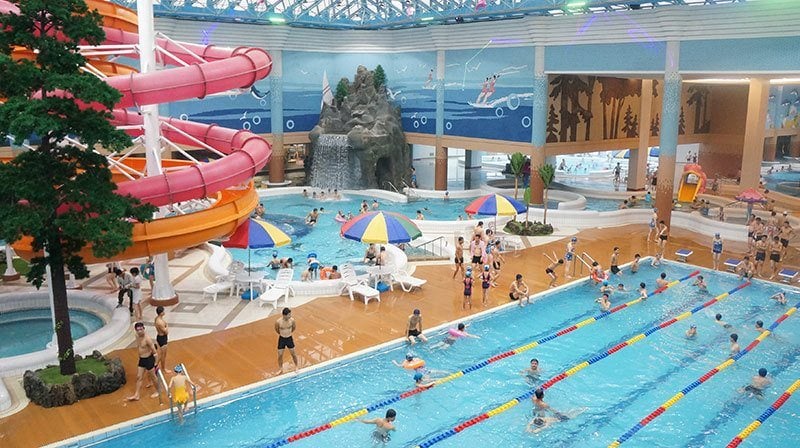 And rightfully so. In addition to an assortment of indoor and outdoor pools and waterslides, Munsu Water Park houses a volleyball court, rock climbing wall, cafe, bar, hair salon and a life-size plaster statue of the late Kim Jong Il (below), which greets guests as they enter the lobby. In fact, the only thing missing is large crowds of scantily clad swimmers—which makes sense, seeing as most people can’t afford to visit the park. 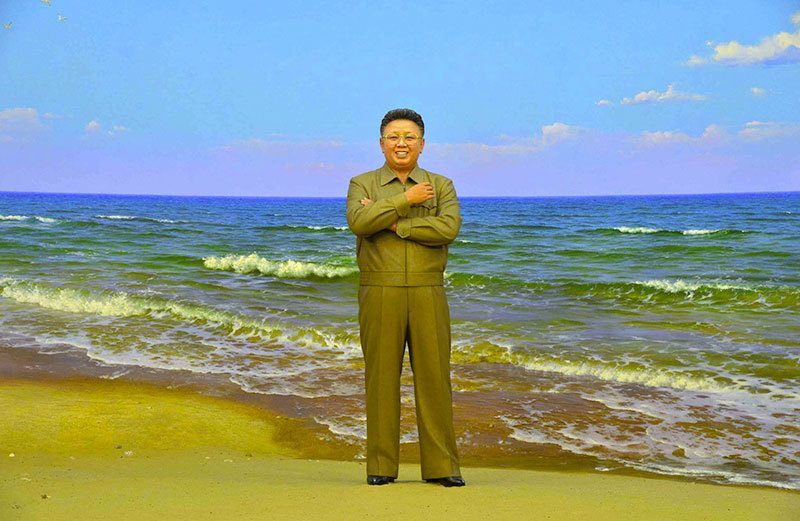 Like North Korea’s recently renovated airport and fabulous-but-empty ski resort, the Munsu Water Park is yet another example of the nation’s massive wealth gap and delusions of grandeur. 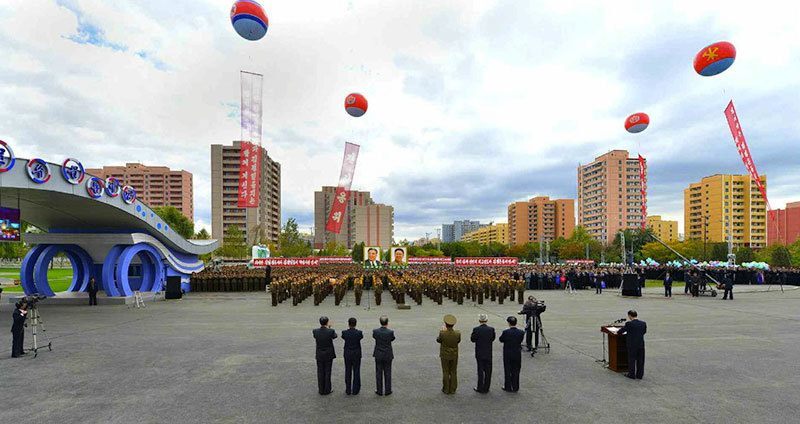 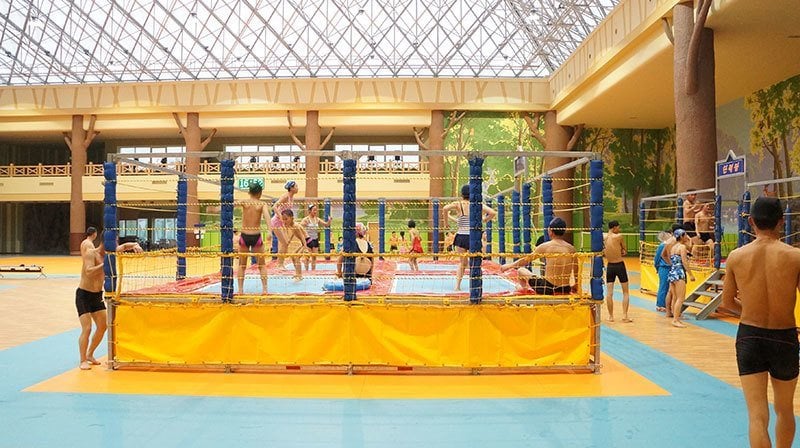