How Mikhail Kalashnikov invented the AK-47, why it took over the world, and what he wishes he'd made instead. 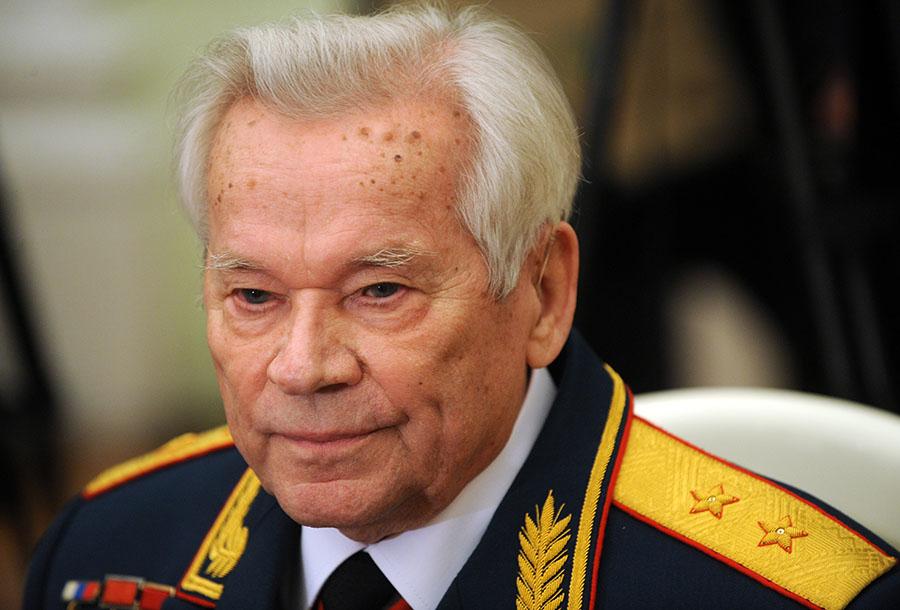 In April 2013, an ailing Mikhail Kalashnikov wrote a letter addressed to the head of the Russian Orthodox Church. According to Russian daily Izvestia, Kalashnikov posed the following question in his missive: If his own invention “deprived people of life, then can it be that I… a Christian and an Orthodox believer, was to blame for their deaths?”

Mikhail Kalashnikov would die several months later. As his surname would imply, his invention was the Kalashnikov assault rifle, the AK-47.

From start to finish, the life of Mikhail Kalashnikov is the stuff of Soviet “peasant-brings-glory-to-Mother-Russia” legend.

In November 1919, Kalashnikov was born to a poor family in Kurya, Siberia. He was a sickly child who enjoyed poetry, and who in 1930 saw his parents’ property seized by the state during the Soviet collectivization process. In 1932, Joseph Stalin, then leader of the Soviet Union, forced Kalashnikov’s family into a penal colony elsewhere in Siberia, where his father died during their first winter there.

At about 13, Kalashnikov abandoned his family and headed back to Kurya — some 600 miles away. There, he found work at a tractor station, where he began to develop an interest in and love for machinery.

It was during the war that Kalashnikov says his idea for the AK-47 took flight. While commanding a T-38 tank in 1941, German shrapnel injured Kalashnikov and landed him in the hospital, where he encountered a patient who would change the course of Kalashnikov’s life — and, if Kalashnikov’s story is to be believed, warfare as we know it.

“I was in the hospital, and a soldier in the bed beside me asked: ‘Why do our soldiers have only one rifle for two or three of our men, when the Germans have automatics?’” Kalashnikov told the Independent. “So I designed one. I was a soldier, and I created a machine gun for a soldier. It was called an Avtomat Kalashnikova, the automatic weapon of Kalashnikov—AK—and it carried the date of its first manufacture, 1947.”

The Birth of the AK 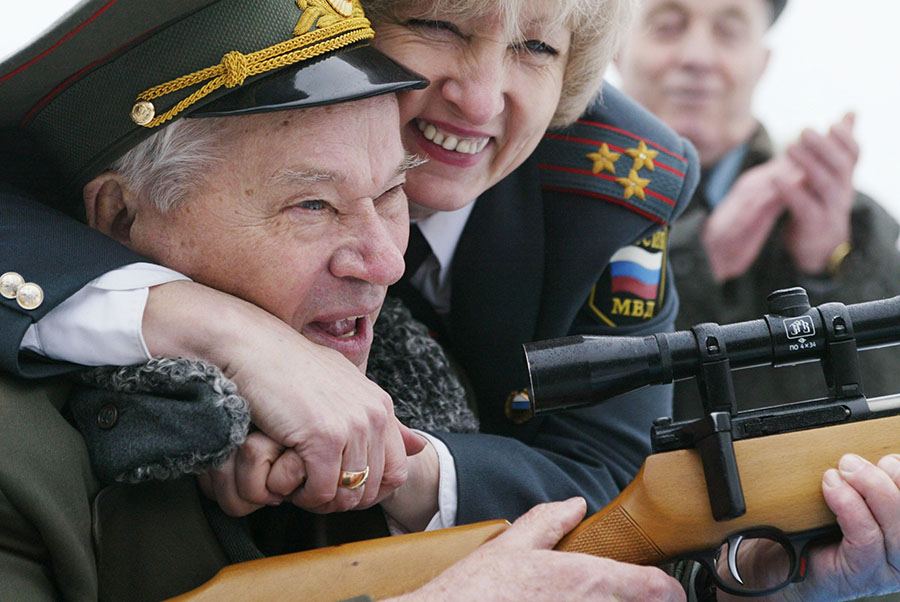 Oleg Nikishin/Getty ImagesMikhail Kalashnikov celebrates the 55th anniversary of the AK-47 in Moscow in 2002.

While some have since questioned the veracity of this founding myth as told by Mikhail Kalashnikov — instead saying that a couple supervisors altered his AK model during trials and it thus wasn’t truly his — the general story goes this way:

Feeling the heat from the Germans’ use of the Sturmgewehr 44 assault rifle, in 1943 the Soviet Union endeavored to create an automatic weapon of their own that could compete with it. Soviets soon developed cartridges for this weapon, and sent some to Kalashnikov, telling him they were meant for new weapons and could “lead to greater things.”

Kalashnikov, whom at this point had gone to engineering school and received patents for some of his firearm designs, got to work on developing this weapon. Aided by some healthy competition (multiple designers competed against one another to develop weapons for Soviet use) and failures which forced him to work harder on his craft, Kalashnikov eventually created a light, small arms rifle and sent it off for the Kremlin’s consideration in 1946.

Lighter and more durable than the Sudayev, a Soviet favorite, the Kremlin sent its seal of approval to Kalashnikov, and advised him to produce a prototype. Kalashnikov then assembled a team of workers to do so, and his prototype, the AK-47, passed troop trials with very few difficulties.

In 1949, the Soviets adopted Kalashnikov’s design, praising it for its ease of use and reliability. It underwent a few alterations — critically, reducing its weight — and became the A.K.M., a weapon which would help shape the course of events during the Vietnam War.