How the AK Changed Warfare 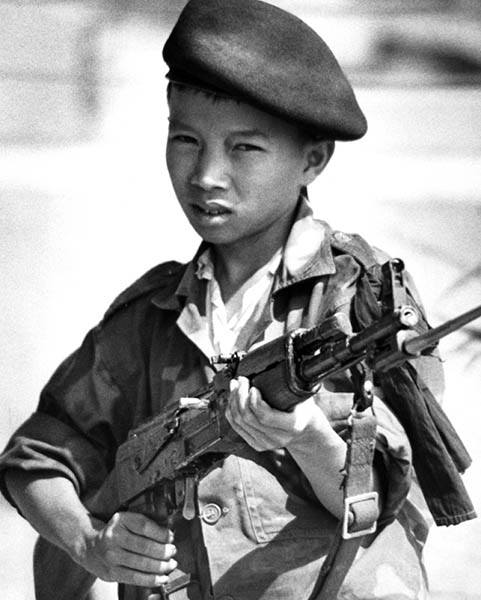 Newly-minted assault rifle in tow, the Soviets began supplying their allies with AKs, including the guerrillas in North Vietnam and the Viet Cong in the South. Americans, then using the M-16 in their wars abroad, dismissed the AK, saying that it was cheap and “lacked range and stopping power.”

Future events in Vietnam would give the U.S. reason to rue such a dismissal: Where the M-16 experienced corrosion and jamming, the deadly simple, 600-plus-rounds-per-minute AK saw no problems, packed enough bullets such that its user could continue firing well after his opponents ran out of ammunition, and could endure just about any environment in which it landed.

The M-16 fared far worse in Vietnam’s wet, humid environs, jamming so much that American soldiers in Vietnam began picking up AKs that belonged to deceased Vietnamese soldiers and using them instead of the M-16. As Esquire magazine recounted at the time, on one occasion a US sergeant carrying an AK-47 was stopped by his commander, who demanded to know why he had a Russian weapon. The sergeant replied, “Because it works!”

The AK did work — so much so that it became part and parcel of armed revolts around the world. Indeed, soldiers used the AK in Palestinian, Angolan, Algerian, and Afghan revolutions, and the weapon soon found itself embedded within flags and coats of arms in newly-independent countries like Mozambique, Zimbabwe, Burkina Faso, and East Timor. 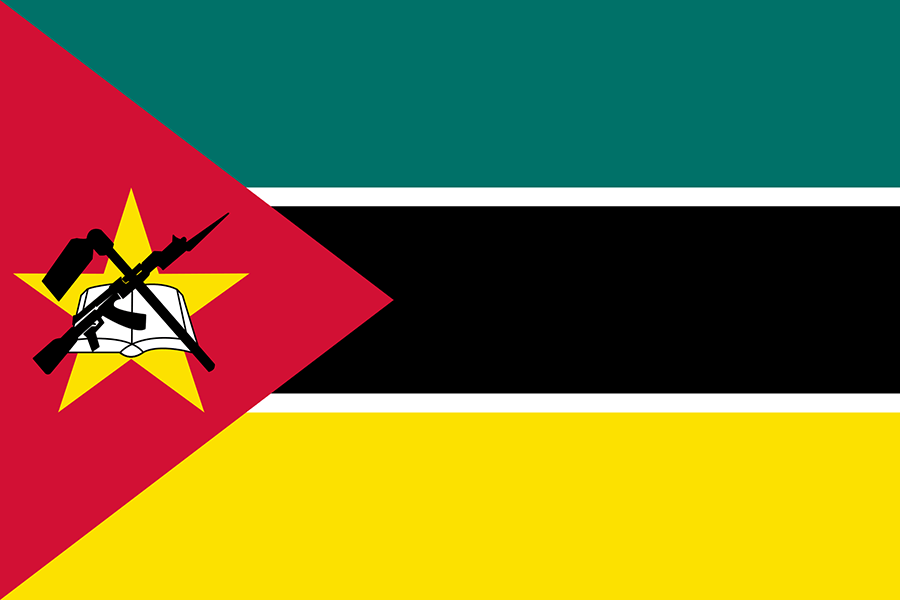 Mikhail Kalashnikov and his gun had become the stuff of legend. And according to Kalashnikov, the rifle’s users were quick to say so.

“When I met the Mozambique minister of defense, he presented me with his country’s national banner, which carries the image of a Kalashnikov submachine gun,” Kalashnikov said in a 2001 interview. “And he told me that when all the liberation soldiers went home to their villages, they named their sons ‘Kalash.’ I think this is an honor, not just a military success. It’s a success in life when people are named after me, after Mikhail Kalashnikov.” 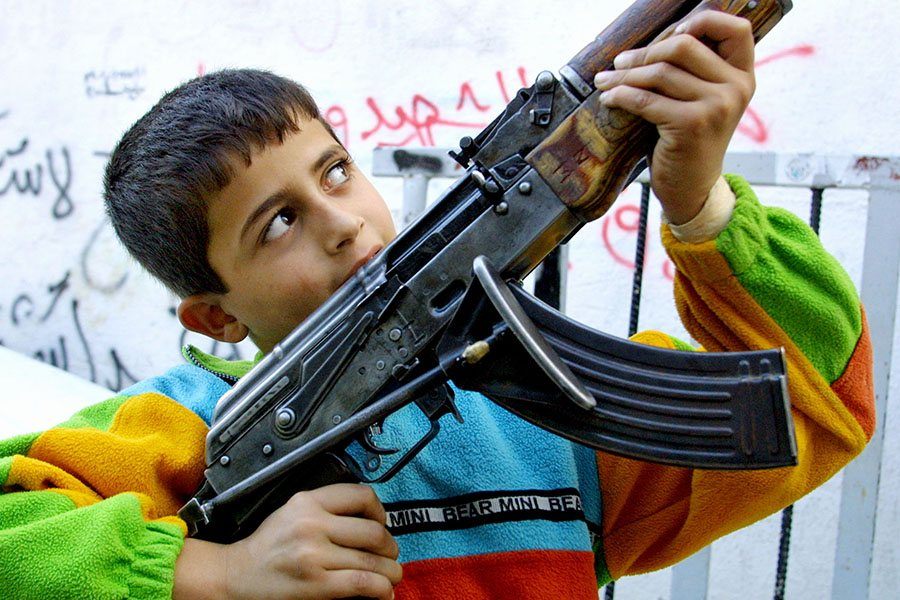 David Silverman/Getty ImagesA Palestinian boy holds a gunman’s AK-47 assault rifle during a round of fighting with Israeli soldiers October 26, 2001

Still, the AK did not exclusively serve as an instrument of liberation. As Nigel Fountain wrote in his review of Michael Hodges’ AK47: The Story of the People’s Gun, “With 650 rounds pumped out a minute, Kalashnikov’s cheap and cheerless, charismatic assembly of tube and wood has, with added global trickle-down, put mass slaughter inside the budgets of ordinary Joes — and Abdullahs and Reiks — everywhere.”

Indeed, Hodges notes that as many as 200 million AK-47s exist around the world — around one gun per 35 people. Given the rifle’s extreme accuracy and reliability, it remains a hot commodity in the global arms trade.

Today, China is the leading AK manufacturer, and primarily exports its weapons to African countries. It’s there, the Guardian reports, that the weapons “can end up on the illicit market either because underpaid soldiers sell them on, or because rates supply rebel forces in other countries.”

A UN investigation found that Libya — in the throes of its own conflict — is a major funnel for the AKs, passing them illegally to 14 countries including Tunisia, Niger, Syria, and Gaza, thus fueling and further exacerbating conflicts around the world. Hundreds of thousands of AK-47s remain in eastern Europe as remnants of the Balkan Wars and, true to their reputation, still function.

These decades-old guns, the Guardian writes, often find their way into black markets for illicit firearms — where terrorists can purchase them. Case in point: the 2015 Paris massacres, as well as the spate of terrorist attacks that took place in Europe that year. As the Guardian points out, more terrorist attacks were carried out with Kalashnikov-type assault rifles that year than with any other device. 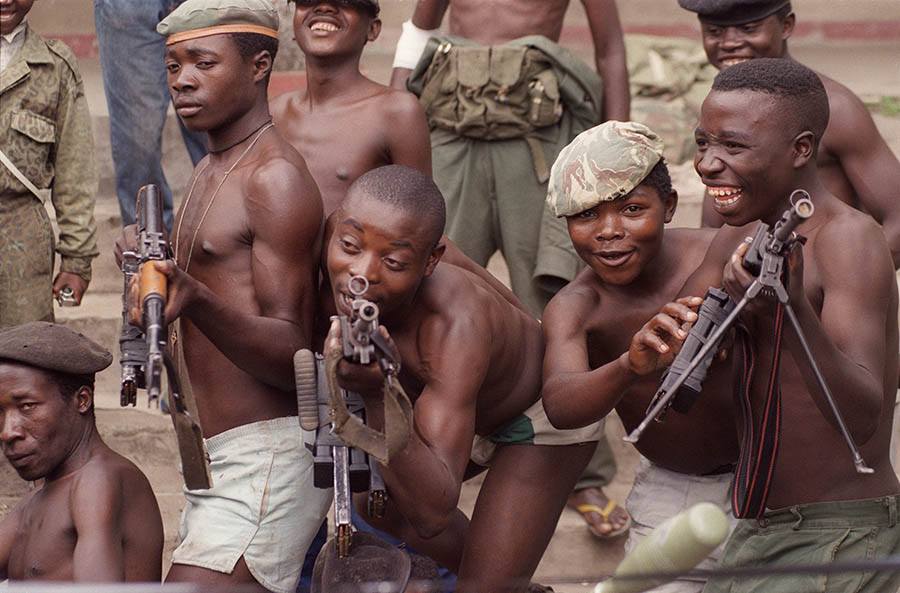 In sub-Saharan Africa, Fountain writes that the weapon has “moved from being a tool of the conflict to the cause of the conflict.” Evidence for this can be most plainly seen in South Sudan. In summer 2014, China North Industries Corporation sold South Sudan approximately $20 million worth of automatic rifles and ammunition. Soon after, the country erupted in civil war, and experts doubt that the presence of nearly 10,000 Kalashnikov rifles will expedite its resolution.

While it certainly isn’t the case that AK-47s alone are to blame for these conflicts, when paired with poor governance and proximity to nearby conflicts, the AK can endanger more than it protects. As Global Risk Insights writes, the Kalashnikov is “a key ingredient for disaster in the developing world.”

And given the weapon’s masterly design, experts don’t see this changing any time soon.

“It’s a very simple piece of kit,” Mark Mastaglio, a UK-based ballistics expert, told the Guardian. “It’s very easy to use, that’s why you see 12-year-olds carrying them. It is tough, it works in all kinds of environments – hot and sandy deserts, or in Siberia. Wherever it is stored it is resilient, and this is why it is so popular.”