William Cooper has often been called the father of conspiracy theories. He covered it all: the JFK assassination, the AIDS epidemic, and the extraterrestrial threat he thought was going to bring America to its knees. 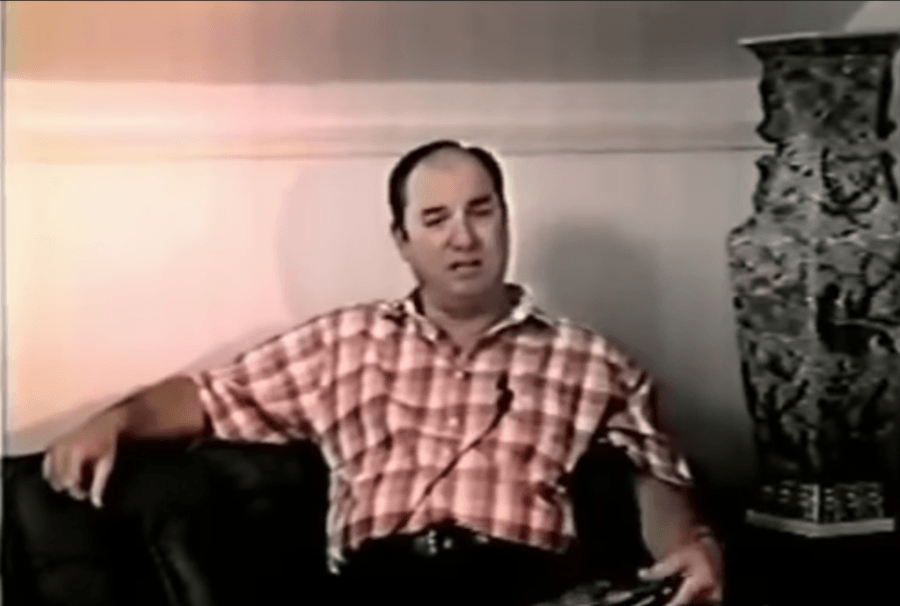 If believing in conspiracy theories was a faith, Milton William Cooper could be considered a founder of that religion.

1988 was the year Milton William Cooper first made a splash on the conspiracy theory scene. His theme was aliens, and his claim to credibility was his time in the U.S. military. He alleged that while serving as a naval intelligence officer, he saw secret documents that recorded U.S. government interactions with extraterrestrials.

The pastiche of records and facts he put forward sparked excitement in the UFOlogy community. His background was compelling: he served in the army, the air force, and the navy until he was discharged in 1975 — plenty of time to have gained access to national secrets. 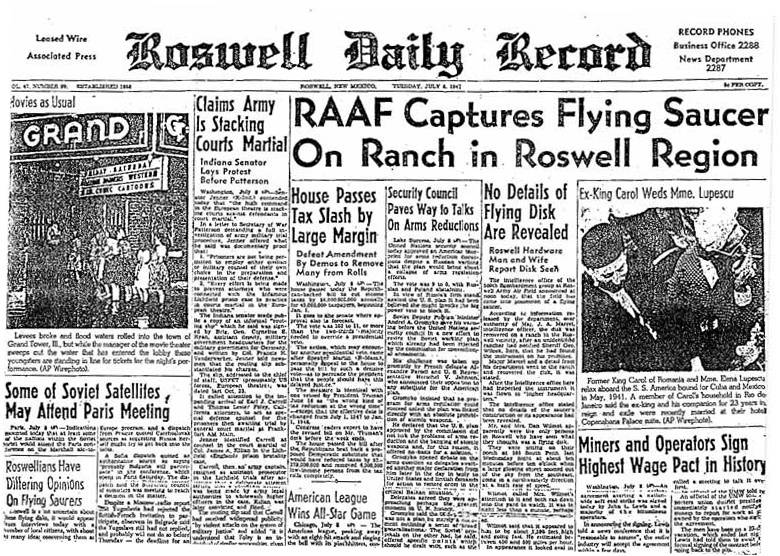 The Roswell Daily Record from July 9, 1947, detailing the Roswell UFO incident. William Cooper claimed he saw photos of EBE, an alien who survived the crash landing.

It wasn’t long, however, before his story began to unravel. Questions were raised about Cooper’s seniority — many believed his rank wouldn’t have seen him anywhere near top-secret documents and classified information.

Then, too, were the UFOlogists who came forward claiming that they were already familiar with the information in Cooper’s documents. They said the information was indeed stolen — but not from the U.S. military.

They accused Cooper of plagiarizing the material from their own research and pointed to several items that had actually been jokes.

But it wasn’t easy to dispel the rumors that his claims had started, and the release of his infamous 1991 book Behold a Pale Horse catapulted him to legendary status within conspiracy theory circles.

The Bible Of Conspiracy Theories: Behold A Pale Horse

Behold a Pale Horse took its title from chapter six of the book of Revelation, in which John sees Death astride a pale horse and watches him receive the power to kill “with sword, and with hunger, and with the beasts of the earth.”

In the book, William Cooper reiterated his old allegations about U.S. military involvement with extraterrestrials and built on them. He also mixed and matched old conspiracy theories and introduced a dozen new ones that modern readers will recognize as the forerunners of many of today’s fringe claims.

He backed his theories with lists of sources, the names of people involved, and documents. Lots of documents. 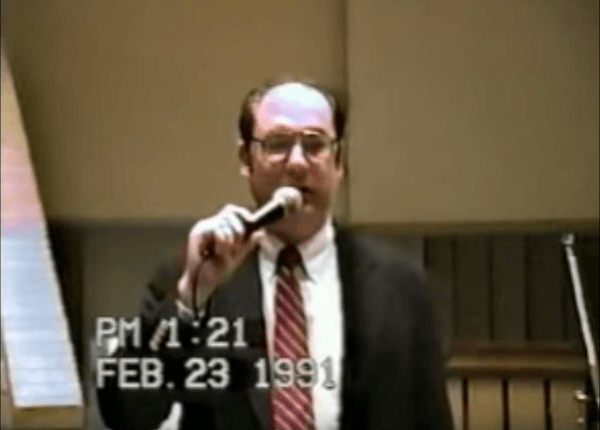 The book’s claims were shocking. Cooper argued that AIDS was a man-made disease and that it had been created specifically to decrease the population of African Americans, Latinos, and gay men. He alleged that the epidemic had been started by a vaccine manufactured in Arizona.

“It was decided BY THE ELITE that since the population must be reduced and controlled, it would be in the best interest of the human race to rid ourselves of the undesirable elements of our society,” William Cooper wrote.

He also accused Dwight D. Eisenhower of negotiating a treaty with extraterrestrials in 1954. These claims, like his previous ones, were based on classified documents that Cooper said he read while working as an intelligence officer in the U.S. Navy. 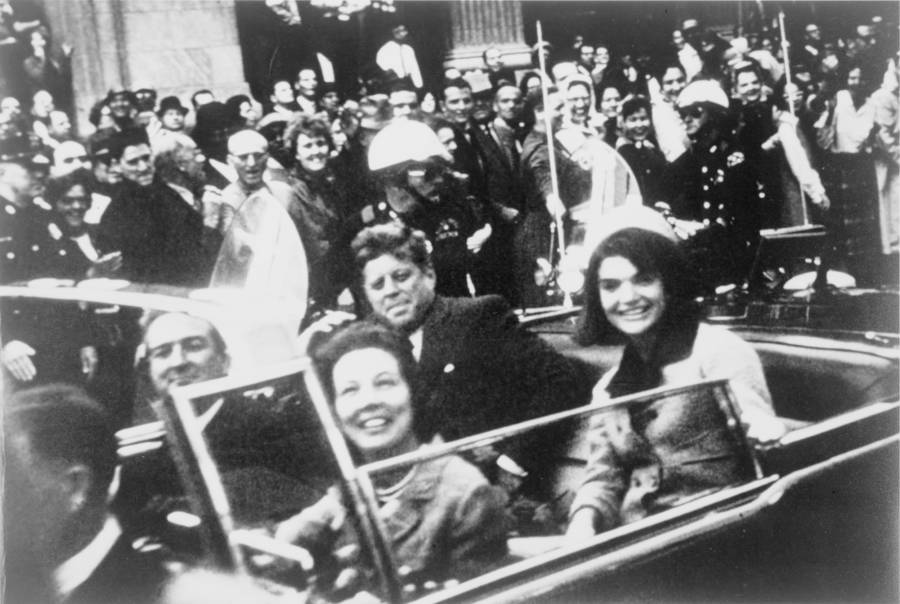 William Cooper also weighed in on the assassination of John F. Kennedy, suggesting that the former president had secretly issued an ultimatum in 1963, threatening to reveal the presence of aliens to the American people the following year.

This allegedly struck fear into those at the top who knew about extraterrestrial forces — and it’s what led to Kennedy’s assassination. According to Cooper, secret tapes prove that the Secret Service agent who drove the car turned around and murdered the president using an alien weapon.

The tapes later proved to be little more than a doctored version of the Zapruder film, a much-analyzed video taken by a civilian who accidentally caught the president’s assassination on camera. But in the wake of Cooper’s claims, a multitude of new conspiracy theories involving driver William Greer emerged. 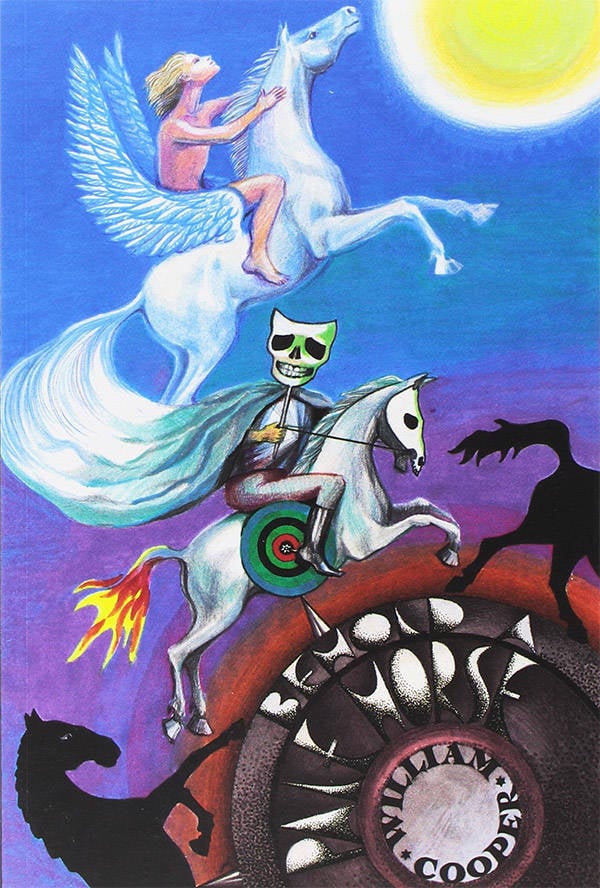 Behold a Pale Horse wasn’t just passed around the underground conspiracy scene, though. It was widely available in mainstream bookstores, and its publication was covered by major news outlets. William Cooper even gave a lengthy interview with CNN.

A Fatal Tangle With The U.S. Government

In the 1990s, William Cooper moved away from UFOlogy and began to focus on anti-government subcultures.

He hosted an anti-government radio program called The Hour of the Time, which sparked controversy when it was reported to have influenced Oklahoma City bombers Timothy McVeigh and Terry Nichols in 1995.

The Guardian deemed him “an ideologue of the militia movement” and his book its “manifesto” in its coverage of the Nichols trial.

In 1998, it came as no surprise to Cooper when he was charged with tax evasion. He had, after all, long suspected that Bill Clinton was after him. By 2000, his legal troubles had escalated. Altercations with neighbors resulted in charges: aggravated assault with a deadly weapon. 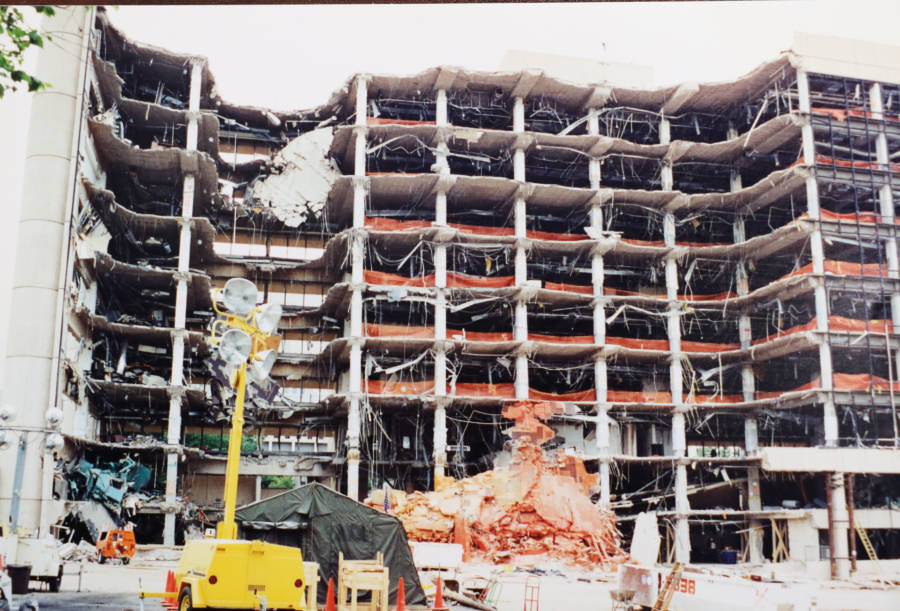 FlickrThe Alfred P. Murrah Federal Building in Oklahoma City, April 19, 1995, in the aftermath of the bombing.

He was declared a “major fugitive” by the United States Marshals Service, and on Nov. 5, 2001, authorities finally came to Cooper’s Arizona home to arrest him.

Cooper told friends he “would not be taken alive” and declared his intention to kill as many law enforcement officials as he could in the standoff.

Authorities were aware that attempting to bring William Cooper into custody was likely to provoke violence; that was why they had delayed serving the tax evasion arrest warrant for years. But after reports that Cooper had threatened neighbors with a gun, the showdown could no longer be put off.

When attempts to lure Cooper from his property failed mid scheme, Cooper shot a deputy in the head. He was making a run for his well-armed house when return fire caught him in the chest.

On his death, no records were found of the extensive involvement Cooper said he had with army and naval intelligence. Public records did indicate a period of service in the U.S. Navy, which included a tour of duty in Vietnam. He received two service medals.