After three bodies were discovered on her property in 1895, Minnie Dean became the first and only woman to be executed for her crimes in New Zealand's history. 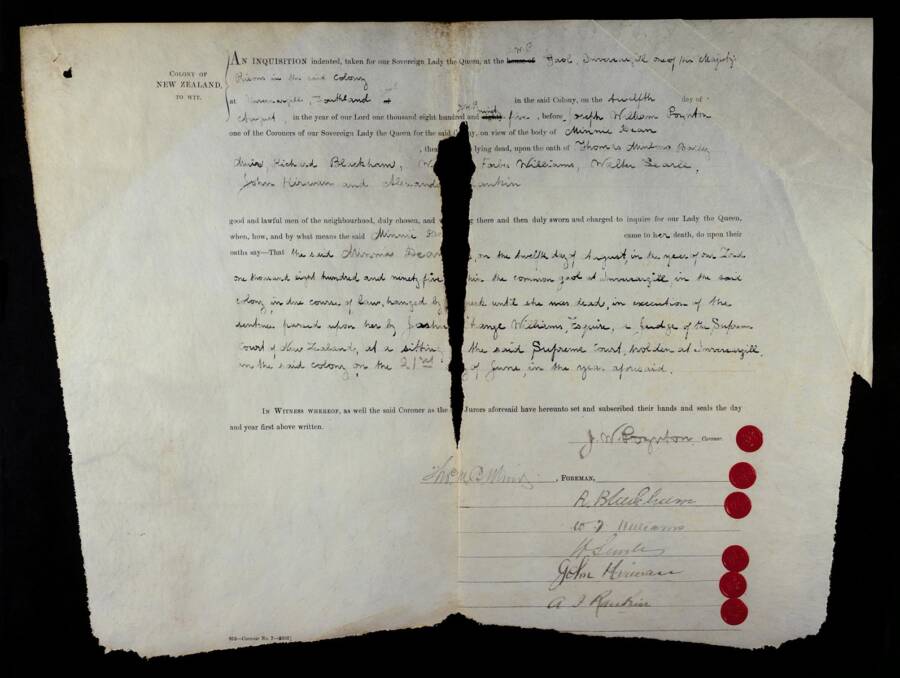 Wikimedia CommonsThe death certificate of Minnie Dean after she became the first woman to be hanged for her crimes in New Zealand.

In 1895, Minnie Dean earned herself an infamous place in New Zealand history and folklore as the first woman to be hanged in the country.

To this day, she remains the only woman to have met this fate in New Zealand. At the time, she was probably the most hated person in the country. While the police found three bodies of dead children buried in her garden, it was believed that she may have killed many more helpless kids.

Who Was Minnie Dean? 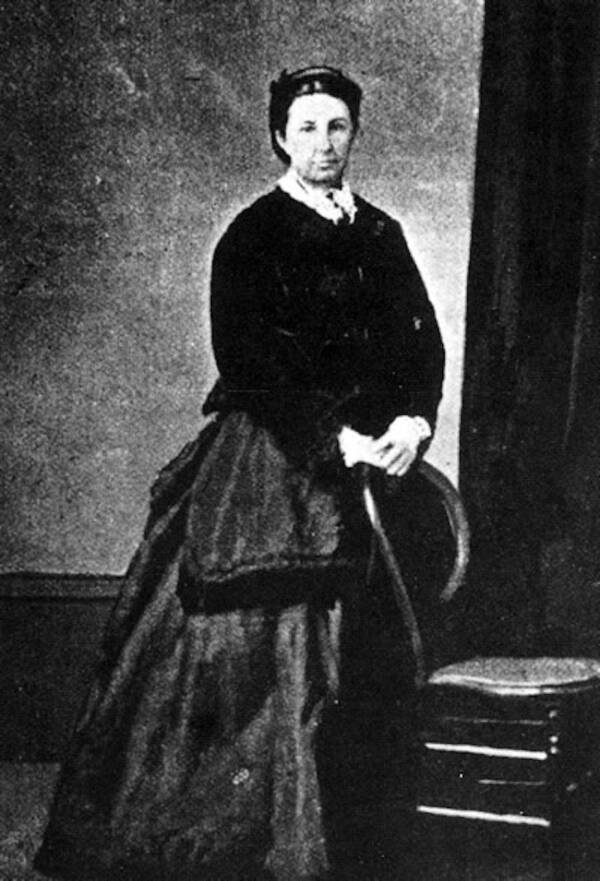 Wikimedia CommonsPortrait of Minnie Dean in 1872.

Born Williamina McCulloch in 1844, Minnie Dean grew up in Scotland with her parents and seven sisters. In 1857, her mother died of cancer. Little is known about Dean’s life between her mom’s death and her big move.

Sometime in the early 1860s, Dean moved to Invercargill, New Zealand with two young daughters. Her new neighbors believed that she had come from Australia, where her physician husband had died, leaving her widowed.

However, there was no evidence of her marriage or her husband’s death.

In 1872, Minnie married a man named Charles Dean, who was an innkeeper from Tasmania. By 1880, Minnie Dean’s two daughters had already married and left the couple’s home.

Unfortunately, the house burnt down soon after the Deans moved in. In place of the original seven-room structure, Charles built a two-room cottage and used some of the extra land to raise pigs.

Around the same time, Minnie Dean took up the practice of “baby farming,” or taking in unwanted babies for payment. Some were taken in for an agreed payment per week, while others were adopted for lump sums.

This practice was quite popular in New Zealand at the time, due to the social ostracism associated with having children out of wedlock. Despite limited means, Dean took in as many as nine children at a time. 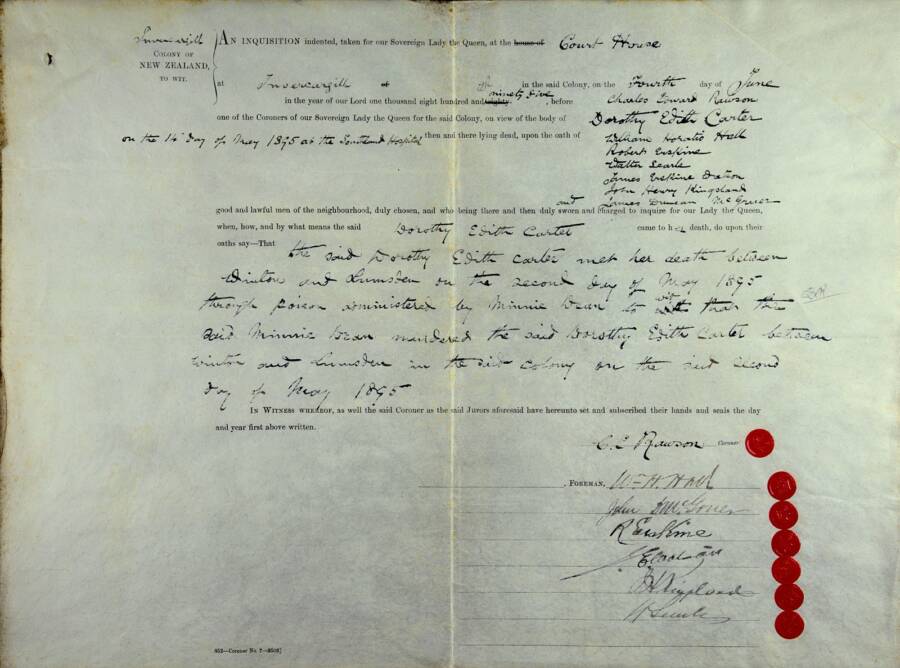 Wikimedia CommonsThe coroner’s inquest for Dorothy Carter, a baby who was found buried in Dean’s garden.

In 1889, a six-month-old baby died while in the care of Minnie Dean. Two years later, a six-week-old baby met the same fate.

These two tragic deaths led to an inquest against Dean, which found that despite the children being well cared for by the woman, the premises where they were held — The Larches cottage — was inadequate.

The judge advised Minnie to reduce the number of children she fostered at one time, and sent her off with a warning.

However, by the time of this inquest, Dean was already on the local police’s radar. They had discovered that she had unsuccessfully attempted to take out life insurance policies on some of the infants. Cops and vigilantes kept a close eye on Dean, hoping to catch her red-handed.

Then, in May 1895, authorities did exactly that.

According to a railway guard, Minnie Dean boarded a train with a baby and hatbox, the latter of which was very light. When she departed, however, she only had her hatbox, which had become suspiciously heavy.

The police traced the missing baby back to a woman named Jane Hornsby, who had sold her one-month-old granddaughter to Dean that day. When they took Hornsby to Dean’s cottage, she identified a piece of clothing belonging to her missing granddaughter.

Still no baby in sight, the police searched Dean’s garden. Here, they found not one but two recently buried bodies of baby girls, as well as the skeleton of a four-year-old boy.

One of these babies was indeed the one-month-old Eva Hornsby, and the other was an infant girl named Dorothy Edith Carter. Apparently, Carter had also been given to Dean in a strikingly similar situation to Hornsby.

Upon the horrific discoveries, Minnie Dean was charged with infanticide and arrested. Her Supreme Court trial for Carter’s murder was held a month later, and she was defended by renowned lawyer Alfred Hanlon.

Hanlon tried to argue that the Carter baby had died accidentally, despite her cause of death: an overdose of laudanum, an opiate commonly used to calm babies during that time period.

While Minnie Dean never took the witness box at her trial, she did write a 49-page account of her activities, stating that in addition to Margaret Cameron and Esther Wallis (a 10-year-old whom the Deans adopted in 1890) she had looked after 26 children — including Eva Hornsby and Dorothy Carter — between 1889 and 1895.

Of those 26, six are known to have died. One was reclaimed by his or her family. Five healthy children were found living at her cottage at the time of her arrest. The fate of the others are unknown.

Police believed the missing children were murdered. However, the possibilities they may have died due to illness or accidents were not considered. 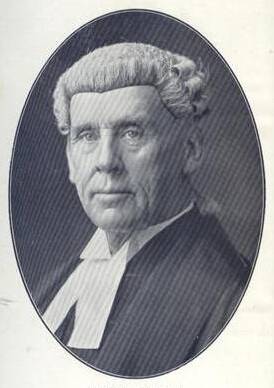 Wikimedia CommonsAlfred Charles Hanlon, the respected lawyer who tried to argue that the death of Carter had been accidental.

In the eyes of the public, however, Dean’s fate was already sealed. During the trial, dolls in small hatboxes were reportedly sold as souvenirs. Minnie Dean had quickly become the most hated woman in New Zealand.

After a four-day trial, the jury found Dean guilty of murdering Carter and she was sentenced to death by hanging. On August 12, 1895, Minnie Dean was taken to the Invercargill Gaol to be executed.

The Otago Daily Times reported: “She walked straight on without a halt to the drop-door, gave a scrutinising glance, first at the gallows and its belongings, then at the half dozen people standing below, a contemptuous, loathing look at the hangman, and placed herself in a position to facilitate his work as much as possible, and took a few long breaths while he was adjusting the rope and placing the white calico cap over her head and face.”

A sheriff asked Dean if she had any last words. She responded: “I have nothing to say, except that I am innocent.” As she fell through the trap door, she reportedly cried out, “Oh God, let me not suffer!”

Dean was buried in the Winton Cemetery. Her husband Charles was buried near her after he died in a fire in 1908.

After her death, Minnie Dean entered New Zealand folklore as the baby killer of the South Island. According to local legend, she killed with a hatpin while dressed in all black and today grass never grows on her grave.

“Minnie was like the bogeyman of our town when I was a kid,” said singer-songwriter Helen Henderson, who grew up in Southland and ended up writing a song about the woman.

A song about Minnie Dean, written in 1999 by Helen Henderson.

Henderson added, “If you were giving cheek to your mum or being naughty, it was like, ‘You better watch out or I’ll send you off to Minnie Dean’s farm and you’ll never be heard of again.'”

In 2009, a strange headstone was placed on Minnie Dean’s grave, apparently marked by an unrelated person. It reads: “Minnie Dean is part of Winton’s history. Where she now lies is now no mystery.”

Now that you know the story of Minnie Dean, read about Genene Jones, the pediatric nurse who may have killed as many as 60 children. Then check out 23 of history’s most infamous female serial killers.