Franz Jägerstätter Chose The Guillotine Over Pledging Loyalty To Hitler

Ordered to join the German armed forces and become complicit in the evils of the Nazi regime, Franz Jägerstätter instead chose to refuse – and paid the ultimate price. 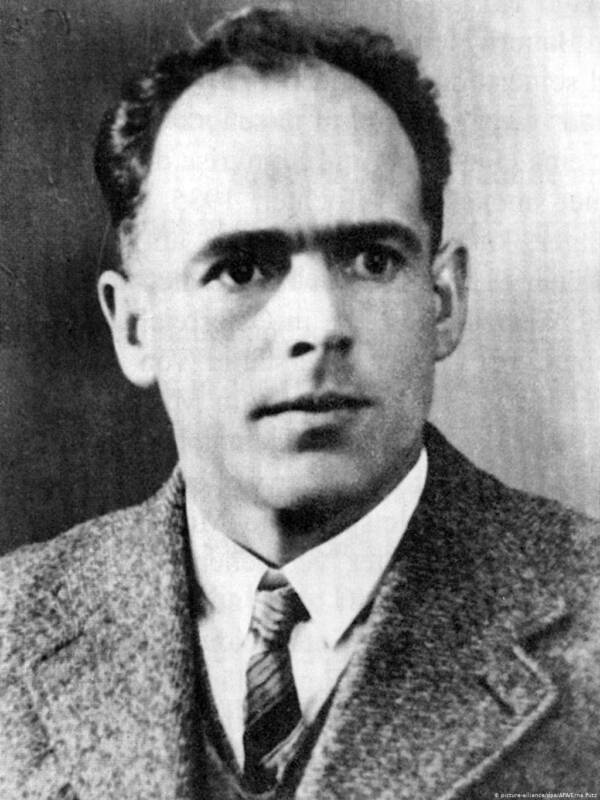 “Neither prison nor chains nor sentence of death can rob a man of the Faith and his free will,” Franz Jägerstätter once wrote. And while he did ultimately endure prison, chains, and death, he never lost his free will.

Austrian farmer and holy man Franz Jägerstätter, the subject of 2019’s A Hidden Life, saw the evils of the Nazi regime both before and during World War II. But he did something that relatively few had the courage to do: resist.

Time and again, he refused to swear loyalty to Hitler and join the German armed forces, instead insisting that his Catholic faith and personal moral code wouldn’t allow him to participate in such evils.

Even when threatened with death, he stood firm. And when that death eventually came, Franz Jägerstätter cemented a legacy that remains inspiring to this day.

Who Was Franz Jägerstätter? 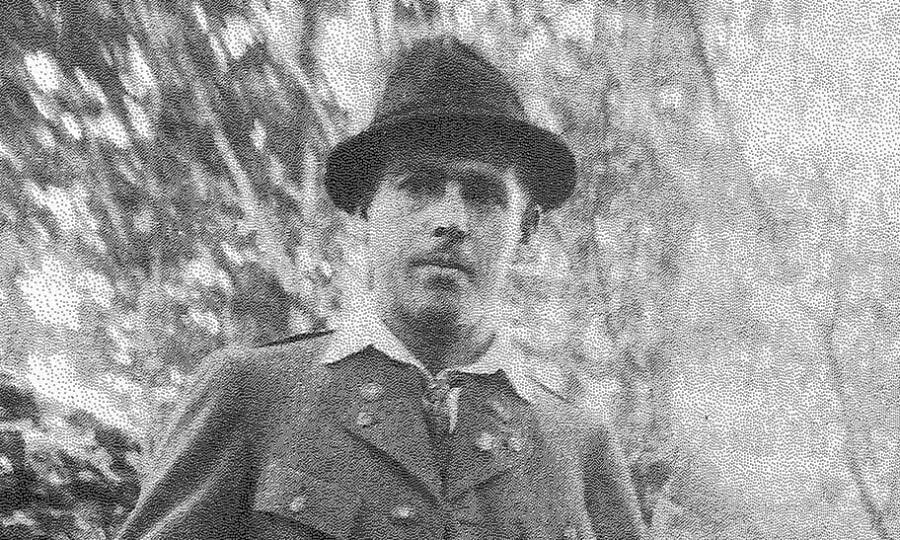 Franz Jägerstätter was born in the small village of St. Radegund, Austria in 1907. The illegitimate son of Rosalia Huber, a maidservant, and Franz Bachmeier, a farmer, he was initially raised by his grandmother, Elisabeth Huber, who was a deeply pious woman. His mother married Heinrich Jägerstätter, a farmer from a neighboring village, in 1917 and he adopted the boy shortly after that.

Young Franz Jägerstätter had a reputation for being a bit wild, bolstered by the fact that he fathered a daughter, Hildegard Auer, out of wedlock in 1933. The leader of a local motorcycle gang, he was arrested with other members in 1934 for a street brawl.

But on Holy Thursday in 1936, he married Franziska Schwaninger, an extremely devout Christian woman. This marriage proved to be a turning point in Jägerstätter’s life as he began making his way as a farmer and miner.

The two began praying together and Jägerstätter began studying the Bible, taking a particular interest in the lives of the saints. Jägerstätter later wrote that the Bible became the couple’s guide for everyday life, saying “We helped one another go forward in faith.” 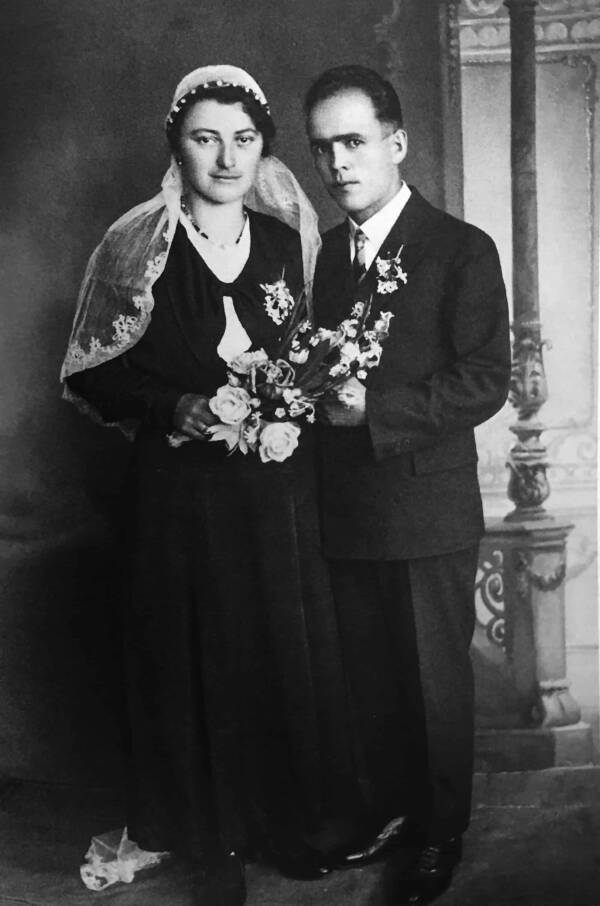 Styria Verlag/Denver CatholicFranz Jägerstätter and his wife, Franziska, pose for their official wedding photograph in the spring of 1936.

Upon first hearing of it, Franz Jägerstätter immediately rejected Anschluss, the Nazi annexation of Austria in March 1938. With no desire to join the Nazi bureaucracy in any way, he rejected the position of mayor of St. Radegund that he was offered later that month.

Additionally, he was the only person in the village to speak out against Anschluss when his town voted on the matter in April. However, the town’s authorities suppressed his vote and announced the matter’s “unanimous” approval.

Despite his resistance, Jägerstätter was drafted into the Wehrmacht in June 1940 and trained for a few months but soon received a deferment. He was conscripted again in October, at which time he completed his training.

Meanwhile, in December 1940, he joined the Third Order of Saint Francis and worked in the local parish church. Then he received yet another deferment in April 1941 under an exemption for working farmers.

At this time, Jägerstätter only began further examining the morality of Nazism in light of Hitler’s suppression of the Church and reports regarding the Nazi euthanasia program known as Aktion T4.

This 1940 program saw the Nazis euthanize some 300,000 people, namely the mentally disabled, including children. Franz Jägerstätter would not stand for it. 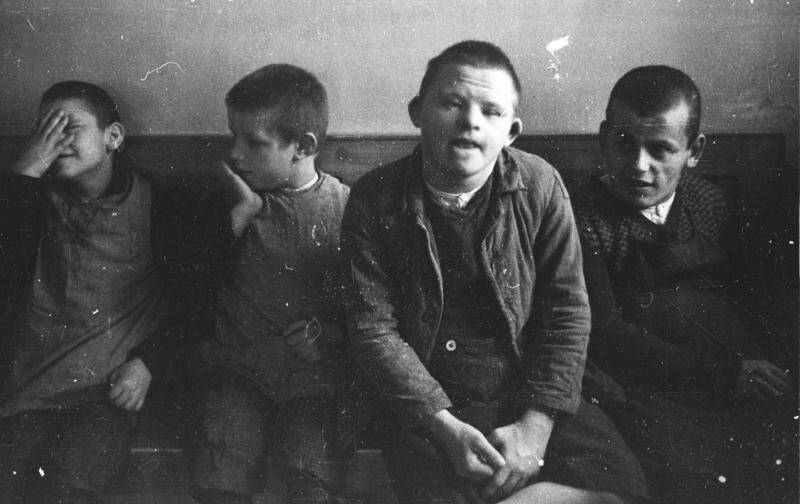 Jägerstätter was called up again for military service in the Wehrmacht on February 23, 1943 and he reported to military officials in Enns, Austria on March 1.

However, he refused to take an oath of loyalty to Adolf Hitler, stating his objections to serving in the military on moral grounds. Jägerstätter was immediately arrested and transported to a holding cell in Linz, where he remained until May 4, 1943, at which time he was transferred to the Berlin-Tegel prison to await trial.

A priest from his village visited him while he was in jail and tried to talk him into serving. But he could not be convinced. And when word reached him that Austrian priest Franz Reinisch had been executed for refusing to take Hitler’s loyalty oath, Jägerstätter was determined to likewise hold firm to his defiance.

Jägerstätter was subsequently court-martialed and sentenced to death at the Reichskriegsgericht in Berlin-Charlottenburg on July 6, 1943.

According to an excerpt from his court-martial hearing, Jägerstätter informed military officials “that, due to his religious views, he refused to perform military service with a weapon, that he would be acting against his religious conscience were he to fight for the Nazi State…that he could not be both a Nazi and a Catholic.”

Hee added “that there were some things in which o­ne must obey God more than men; due to the commandment ‘Thou shalt love thy neighbor as thyself,’ he said he could not fight with a weapon. However, he was willing to serve as a military paramedic.”

After his trial, Jägerstätter was transferred to Brandenburg-Görden Prison on August 9, 1943 and was executed by guillotine later that afternoon. After the war, his ashes were buried at the local cemetery in St. Radegund.

A Lasting Legacy Of A Hidden Life 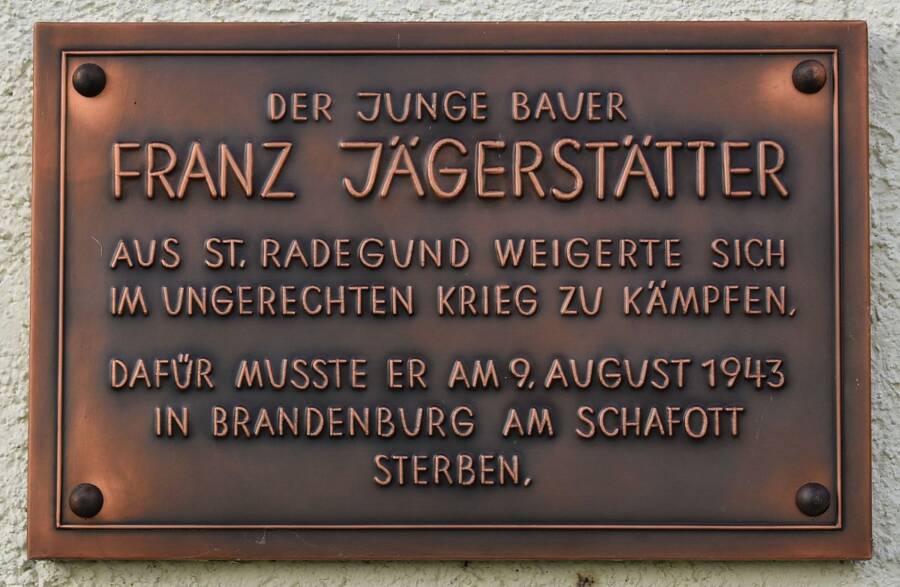 Franz Jägerstätter remained largely forgotten for decades after his execution at the young age of 36. But that all started to change in 1964 with the publication of his biography, In Solitary Witness, published by the American sociologist, pacifist, and professor Gordon Zahn.

In 1965, Archbishop Thomas Roberts submitted a formal statement affirming Jägerstätter’s heroics. “Martyrs like Jägerstätter should never feel that they are alone,” he wrote. Six years later, Austrian television aired a documentary on his life titled Verweigerung (The Refusal).

On May 7, 1997, Jägerstätter’s original death sentence was officially overturned by the Landgericht Berlin, Berlin’s District Court.

The trailer for the 2019 Terrence Malick film A Hidden Life about the heroism of Franz Jägerstätter.

The procedure to beatify Jägerstätter — an official Catholic declaration that a person has lived a holy life and a stepping stone to sainthood — was officially begun in 1997 after the Austrian Bishop’s Conference unanimously voted in support of it. The Vatican officially confirmed Jägerstätter’s martyrdom on June 1, 2007, and his wife and three daughters gathered at Linz Cathedral on October 26, 2007 to observe his official beatification by Pope Benedict.

With that high honor bestowed upon him, Jägerstätter may one day be declared an actual saint for his defiance of the Nazis. But even outside of the Church, his legacy has become celebrated around the world.

During his incarceration, Jägerstätter wrote a series of letters to his wife, which were published in 2009 as Franz Jagerstatter: Letters and Writings from Prison.

Those letters were a major source for the 2019 film A Hidden Life, written and directed by Terrence Malick and sure to bring the heart-wrenching story of Franz Jägerstätter’s life to more people than ever before.

Now that you’ve read the inspirational story of Franz Jägerstätter, read the tale of Desmond T. Doss, an American conscientious objector who refused to carry a weapon but was awarded the Medal of Honor for his heroism during World War II as a combat medic. Then read the story of Irena Sendler, the Polish social worker who saved the lives of 2,500 Jewish children during the Holocaust.