The Mirny Diamond Mine Might Be The Most Mysterious Hole Ever

The mine is so deep, the vortex it creates is strong enough to suck a helicopter out of the air and into its depths. 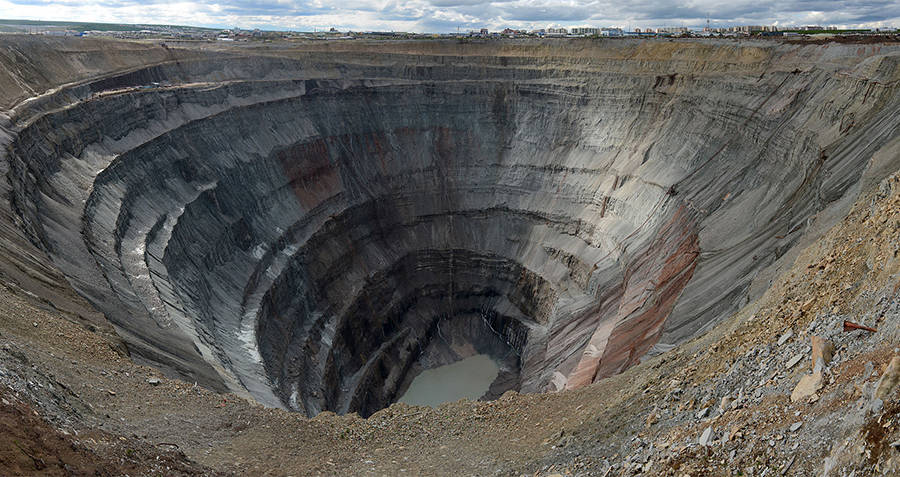 Wikimedia CommonsThe Mirny diamond mine, in all of its expansive glory.

In the midst of the Siberian wilderness, there is a town known as Mirny, the only sign of humanity in a heavily forested landscape for miles around. Only a few full-time residents call the town home, all of whom live in a small community built on stilts to prevent the melted permafrost from flooding their homes in the spring.

Truthfully, the town of Mirny would be entirely unremarkable, save for one thing. There’s a giant hole in the middle of the town over 1,000 feet deep and over half a mile wide that churns out an unnatural and mysterious amount of diamonds. Oh, and it also sucks in anything that flies overhead.

The Soviet Hunt For Diamonds In Siberia

In 1955, the Soviet Union was still rebuilding itself after World War II. An enormous team of Soviet geologists had been searching the country since the war had ended, hoping to find traces of chemicals in the soil that would suggest diamonds.

Finally, three struck gold or in this case, diamond. While sifting through sediment in Eastern Siberia, three geologists located kimberlite, which signals diamonds in the area.

By 1957, Stalin had ordered the Mirny diamond mine to be built, and construction was underway. If space and manpower allowed, this was to be the biggest and most successful diamond mine that the world had ever seen. However, the construction process presented a few problems.

First, the ground in Siberia is covered in a thick layer of permafrost for at least seven months out of the year, making it hard to break through. In the five months that it isn’t frozen, the permafrost turns to slush, making it near impossible to build upon it.

Furthermore, the average temperature in the region during the winter is 40 degrees below zero. In fact, it’s so cold that car tires shatter and oil freezes. 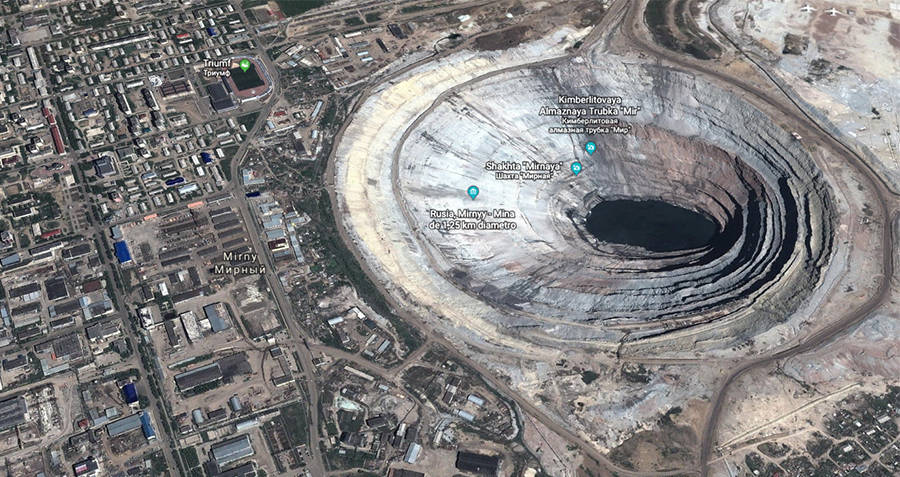 Google EarthThe Mirny diamond mine overwhelms the small town it resides in.

Nonetheless, the Soviets persevered. Using jet engines to thaw the ground, thick covers to keep machinery from freezing, and dynamite to blast through the permafrost, the engineers managed to break ground and dig their mine.

The Mirny Diamond Mine Proves Its Worth

By 1960, the mine was up and running, and proving to be every bit as successful as the geologists had hoped.

Throughout the 1960s, the Mirny diamond mine produced 10,000,000 carats of diamonds per year, 20 percent of which were gem quality. At its peak, there were roughly four carats per every ton of ore, one of the highest rates in the world. At one point, the mine produced a 342.57-carat fancy lemon yellow diamond, the largest that had ever been found in the country. During its run, the mine produced $13 billion worth of diamonds for the world.

As the mine’s success grew, diamond distributors around the world became suspicious. The mine was successful, yes, but the number of diamonds it was allegedly churning out sounded too good to be true.

To maintain its global hammerlock on market prices, De Beers’ standard practice was to buy up as many diamonds as possible. However, De Beers executives were worried that production rates at the Mirny mine might be so high, the company wouldn’t be able to buy as many diamonds.

Given that the mine was relatively small in comparison with underground mines elsewhere, the company felt the output should have been much smaller.

In 1970, representatives from De Beers requested a tour of the mine to see the production for themselves. The request took six years to be approved and even after the representatives arrived in Mirny, they faced pushback. By the time the representatives were granted access to the mine, they only had 20 minutes to tour the facilities, hardly enough time to gain insight. 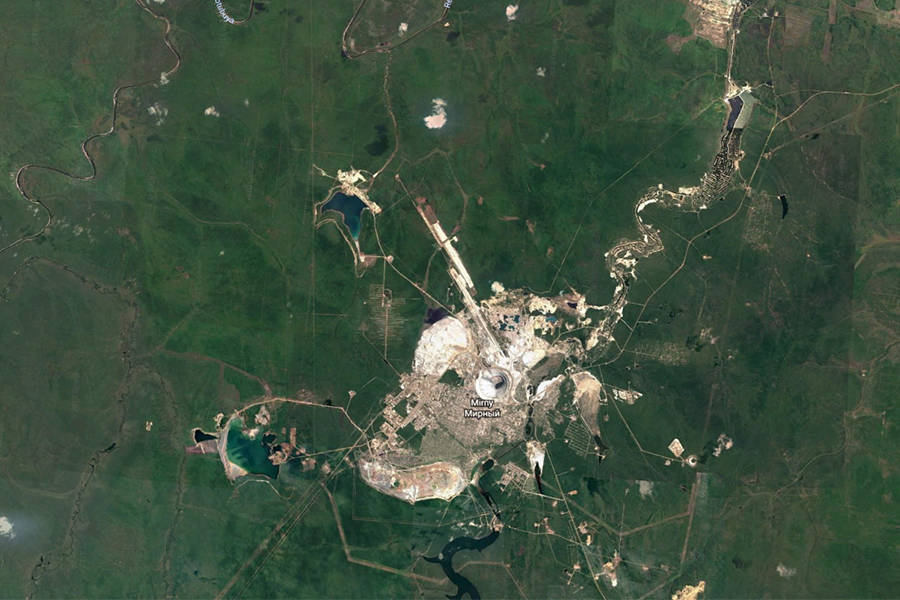 Google EarthThe Mirny diamond mine is so large it’s visible from miles above the earth.

From then on, the Mirny diamond mine remained a mystery, a Willy Wonka-like factory churning out billions of dollars in product without a single outsider gaining entrance. Even after the fall of the USSR, the mine continued to run, funded by several local companies.

An Unexpected (And Sudden) Closure

Then suddenly in 2004, it closed for good. Officials stated that there was a flood and that they had gone too deep to mine any further. However, conspiracy theorists and diamond dealers floated around alternative theories.

Now, the massive open-air hole of the Mirny diamond mine lies abandoned, though underground research into diamonds continues, conducted by Russian company Alrosa. The airspace above it is restricted, as the sheer depth of the mine can suck helicopters into it. When the cold air from the surface meets the heated air coming from the bowels of the mine, it creates a vortex powerful enough to suck helicopters and small aircraft down into its depths. Several incidents have been reported.

In 2010, Russian company AB Elise announced plans to build a giant, futuristic domed city within the mine which would provide solar-powered homes to over 10,000 residents. However, no plans have been drawn up sof ar.

For now, the Mirny diamond mine remains a mysterious vortex, a seemingly-bottomless pit that once produced more than half of the world’s diamonds.

Next, read about the 700-pound emerald found in a Brazilian mine. Then, check out Centralia, the Pennsylvania town that’s been on fire for 50 years.