M.J. “Sunny” Eberhart is no stranger to hiking long distances, having walked between California and Chicago as well as the Florida Keys and northern Quebec. 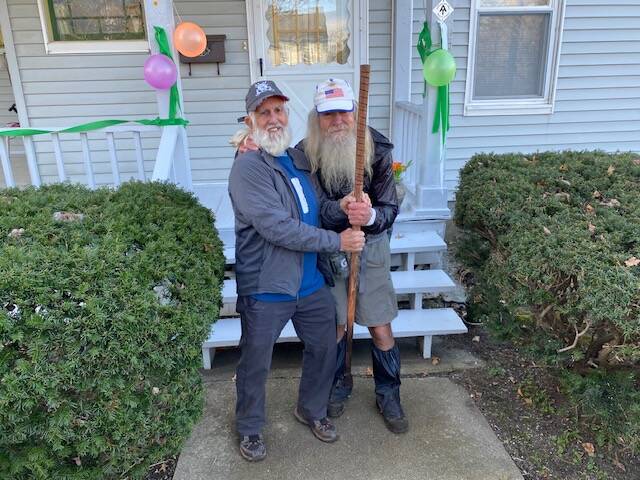 In February 2021, M.J. “Sunny” Eberhart started to walk. And walk, and walk. Now, the 83-year old nicknamed “Nimblewill Nomad” has become the oldest person to hike the Appalachian Trail.

“I’ve a got a couple of skid marks on me, but I’m OK,” Eberhart said. “You’ve got to have an incredible resolve to do this.”

He triumphantly arrived in Dalton, Massachusetts, in November, having successfully traversed the famous 2,193-mile route that stretches from Georgia to Maine. Eberhart broke the record previously held by fellow hiker Dale Sanders, or “Grey Beard.”

Sanders, who walked the final stretch with Eberhart, later gave him an engraved hiking stick to mark Eberhart’s record-breaking hike.

“My dear friend Nimblewill is taking my record away from me, and I’m happy for him,” Sanders said. “Records are made to be broken.” 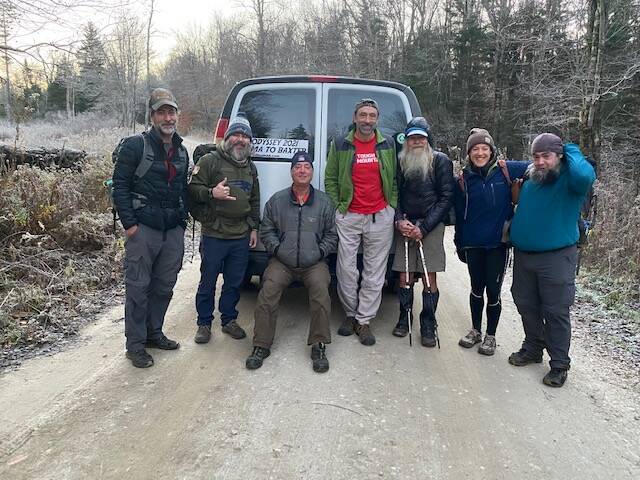 Nimblewill NomadEberhart on the final day of his hike. Nov 7, 2021.

Eberhart first set out from his home in Flagg Mountain, Alabama, nine months earlier, embarking on what he called “Odyssey 2021 ‘Bama to Baxter – Hike On.”

“This will be the ultimate journey in this old man’s life, one of body, mind and spirit,” Eberhart explained on his hiking blog.

A serious hiker, Eberhart didn’t merely drive to the Springer Mountain trailhead in northern Georgia. Instead, he walked the 400 miles from Flagg Mountain. Only then did Eberhart embark on the Appalachian Trail itself, carrying a six-pound pack with a tent, sleeping bag, and other gear.

Conscious of his age, Eberhart traversed the trail out of order to take advantage of good weather. He slept in the wild, gritted his teeth and scrambled over boulders, and hiked portions of the trail with others. Every day, he thought about quitting.

“I knew what was coming,” Eberhart said, remembering the pain that racked his body during the hike, especially his feet. “And day to day, the challenge.”

But he took inspiration from Lance Armstrong, who once said that pain was temporary but defeat was forever.

“Eighty percent of it is mental grit,” Eberhart said. “And that is why so many people fail.”

Over the course of his hike, Eberhart lost 15 pounds. He also grew out his hair and beard, noting, “The old man on the mountain has got to have a beard.” 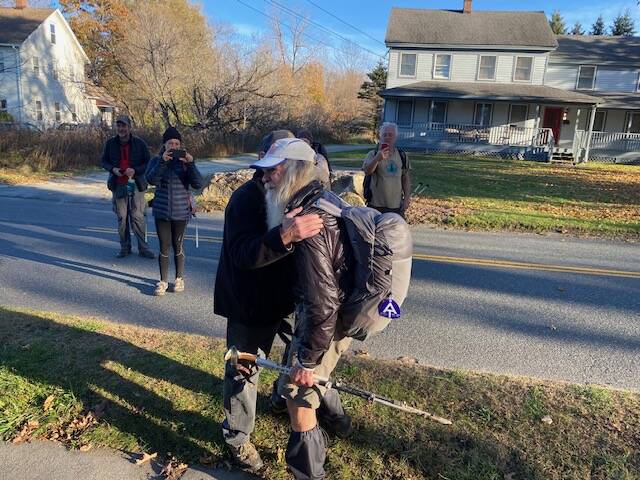 Nimblewill NomadEberhart arriving in Dalton, Massachusetts at the end of his hike.

Eberhart’s long love affair with hiking first started in 1993. Then recently divorced and estranged from his children, he took to the road, hoping to find relief from his inner anguish.

His many hikes include a 4,400-mile journey between the Florida Keys and northern Quebec — which Eberhart described in his book Ten Million Steps — an even longer hike between Newfoundland and Florida, and a hike that took Eberhart from Chicago to California on Route 66. He’s even hiked the Appalachian Trail before, in 1998 and 2001 – 2002.

“You can seek peace. That doesn’t mean that you’re going to find it,” Eberhart said, explaining his hiking philosophy during his 2021 odyssey. “I persevered to the point that the good Lord looked down on me and said you’re forgiven, you can be at peace.

He added: “It’s a profound blessing. It’s as simple as that.”

With his record-breaking hike now completed, Eberhart plans to return home to Flagg Mountain — by car, this time. There, the former eye doctor oversees a fire tower and Civilian Conservation Corps cabins. 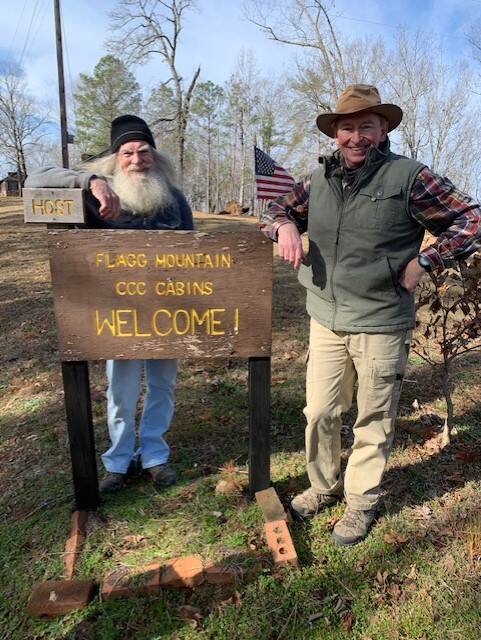 As for future hikes? Eberhart is simply grateful for the last one. “I am 83 years old,” he said. “I just hope I am here tomorrow.”

But his friends don’t think that Nimblewill Nomad will be retiring from hiking anytime soon. According to Eberhart’s friend, Odie Norman, who hiked 100 miles of Eberhart’s record-breaking hike with him, the 83-year old is looking forward to taking to the trails again soon.

“He said, ‘You know they’re calling this my final hike.’ Then he laughed,” Norman said. “I don’t think it’s going to be his last hike. I just don’t think he knows what’s he’s going to hike next.”

After reading about the record-breaking hike of “Nimblewill Nomad,” enjoy this list of the best hiking trail. Or, look through these incredible sites reclaimed by nature.