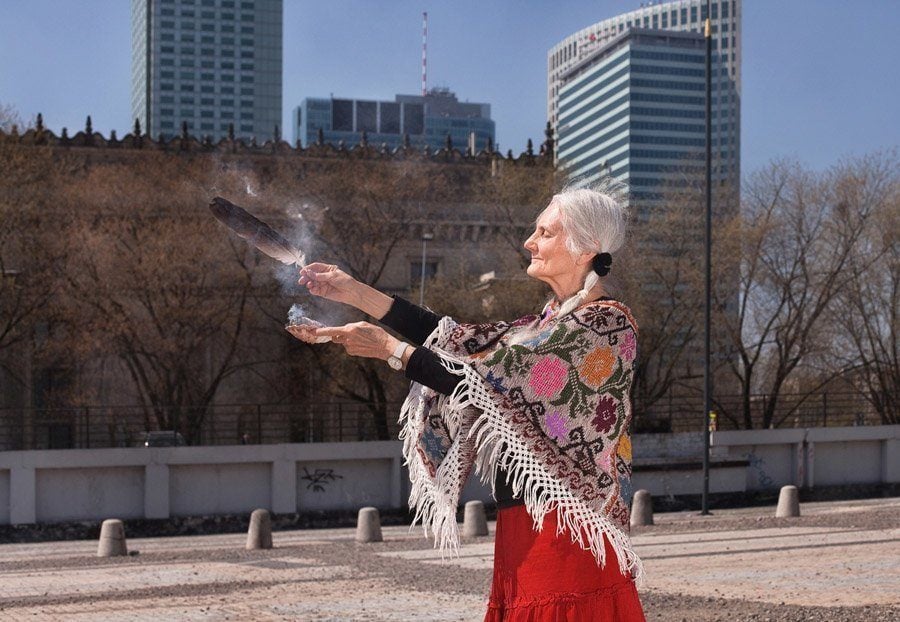 Maria in front of the Palace of Culture in Warsaw. Image: Katarzyna Majak Source: Huffington Post

The word “witch” often conjures images of warts and pointy noises; broomsticks and cauldrons, and a woman whose ways should not just be avoided but punished. For a time, photographer Katarzyna Majak had precisely this same vision of what constitutes a witch.

Majak grew up in the primarily Catholic country of Poland, and wanted to explore the lives of those who failed to identify just as Catholic, but instead chose to live their lives as witches, druids and non-traditional healers. “I had realized there was something amiss around,” Majak explaines. “I intuitively felt what the mainstream offers to women does not satisfy their deeper search.”

And so Majak set out to create an alternate vision of the “Polish Mother,” a woman who gives up her own growth and freedom in order to dedicate her entire life to caring for her family. “When I started working on the project I felt some kind of attraction or ‘calling,’ to get deeper and stay open,” Majak explained. “This must have been the witch calling me, and I followed my instinct.”

Majak’s exploration culminated with a photo series entitled “Women of Power,” which features photographs of and interviews with the diverse group of women that have chosen to forge their own futures.

The majority of Majak’s photographs are taken against a simple gray screen, allowing the vibrancy of the women’s wardrobes as well as any implements and talismans to stand out in full detail. Says Majak of her work, “I show women who live examples of empowerment, women who live their own lives and follow their own paths, and are courageous enough to show their faces, with the hope that this will empower others. These are women who know who they are: they are their own queens.”

The book begins with an introduction by Polish author Olga Tokarczuk. Says Tokarczuk of the models, “the women speak of their efforts to take back that which they have lost: the power of matriarchal cults, access to the sources of power, their sexuality, and also their right to natural birth, dignity, strength, female art, contact with nature and finally many female traditions that were mostly forgotten and suppressed.”

The witch, then, is no longer an outsider. Rather, she is someone who believes in herself and her right to determine her own future. And maybe she always has been, and maybe we’ve always been a bit afraid of that. But perhaps it is time to change our minds. Majak’s photo series is definitely a good start.

You can find more on the project at Porter Contemporary. In the meantime, check out more of the “witches” below: 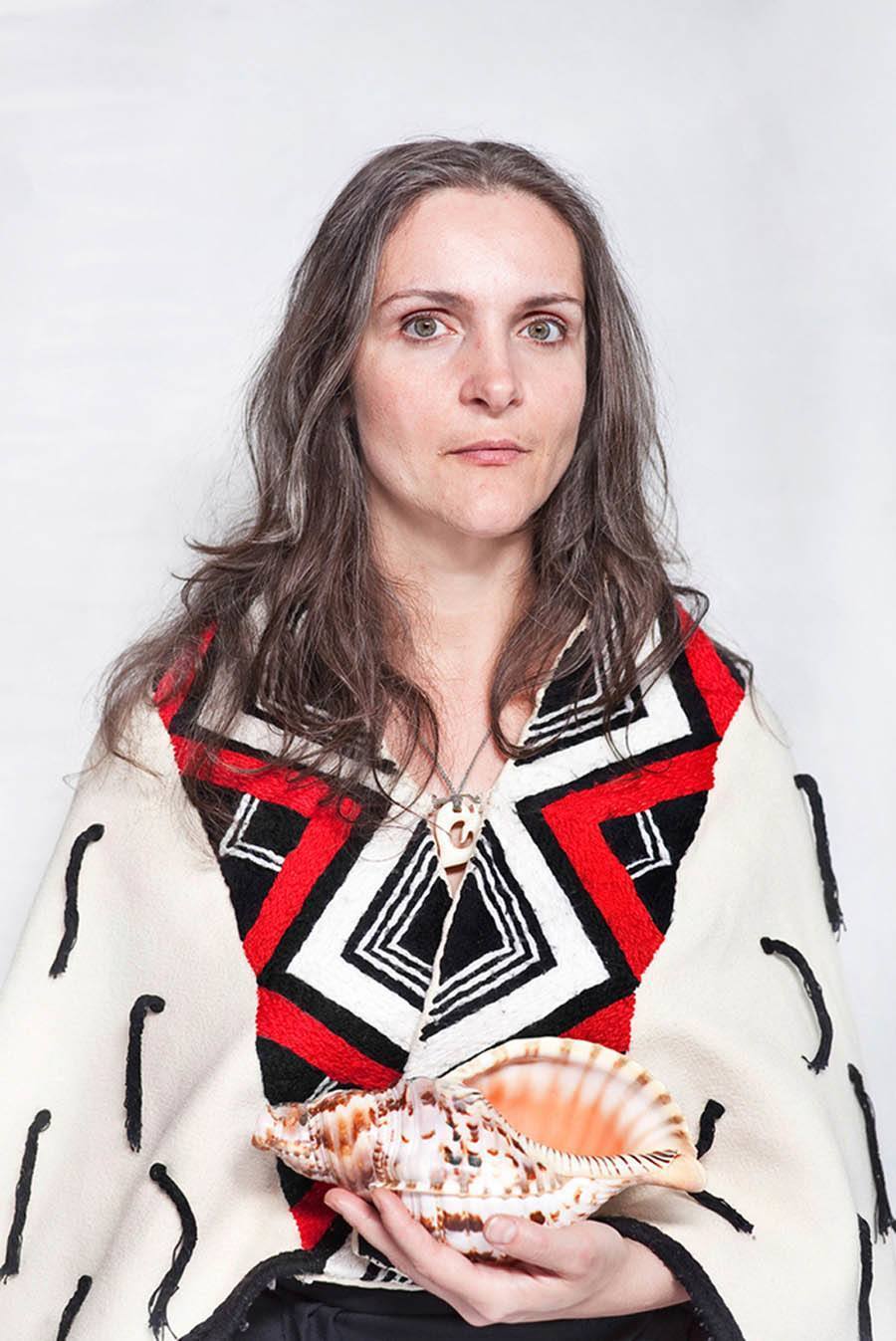 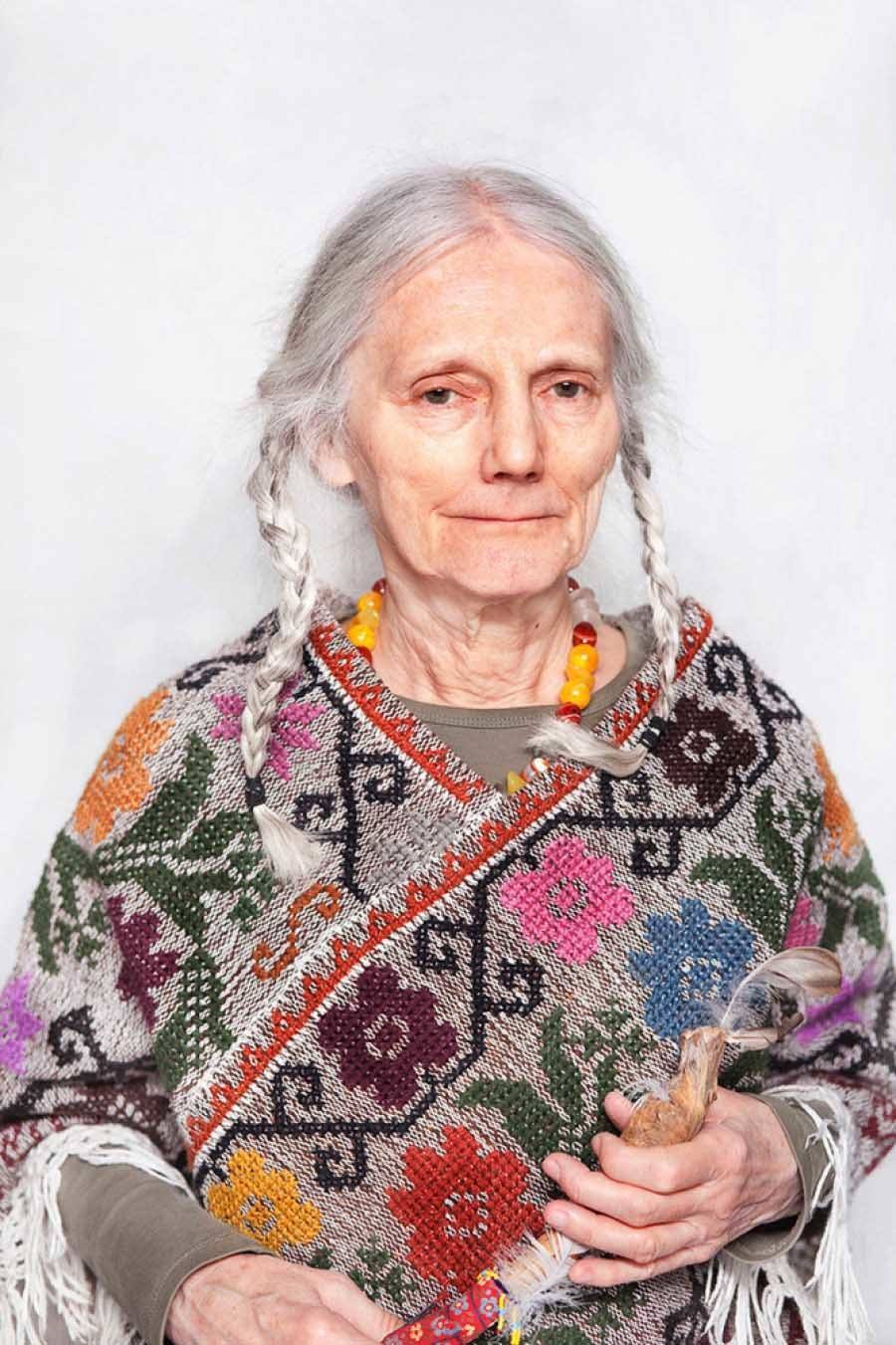 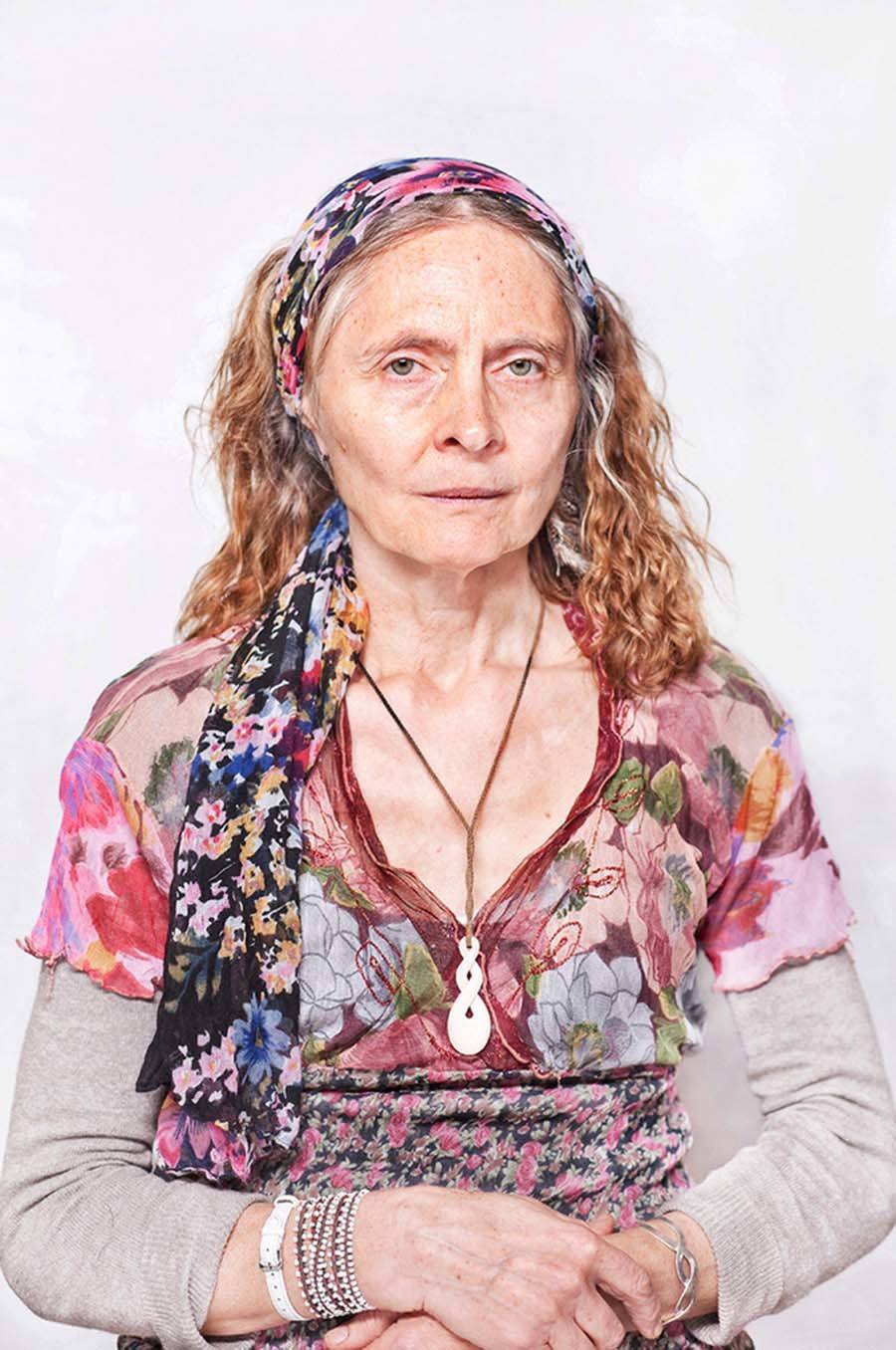 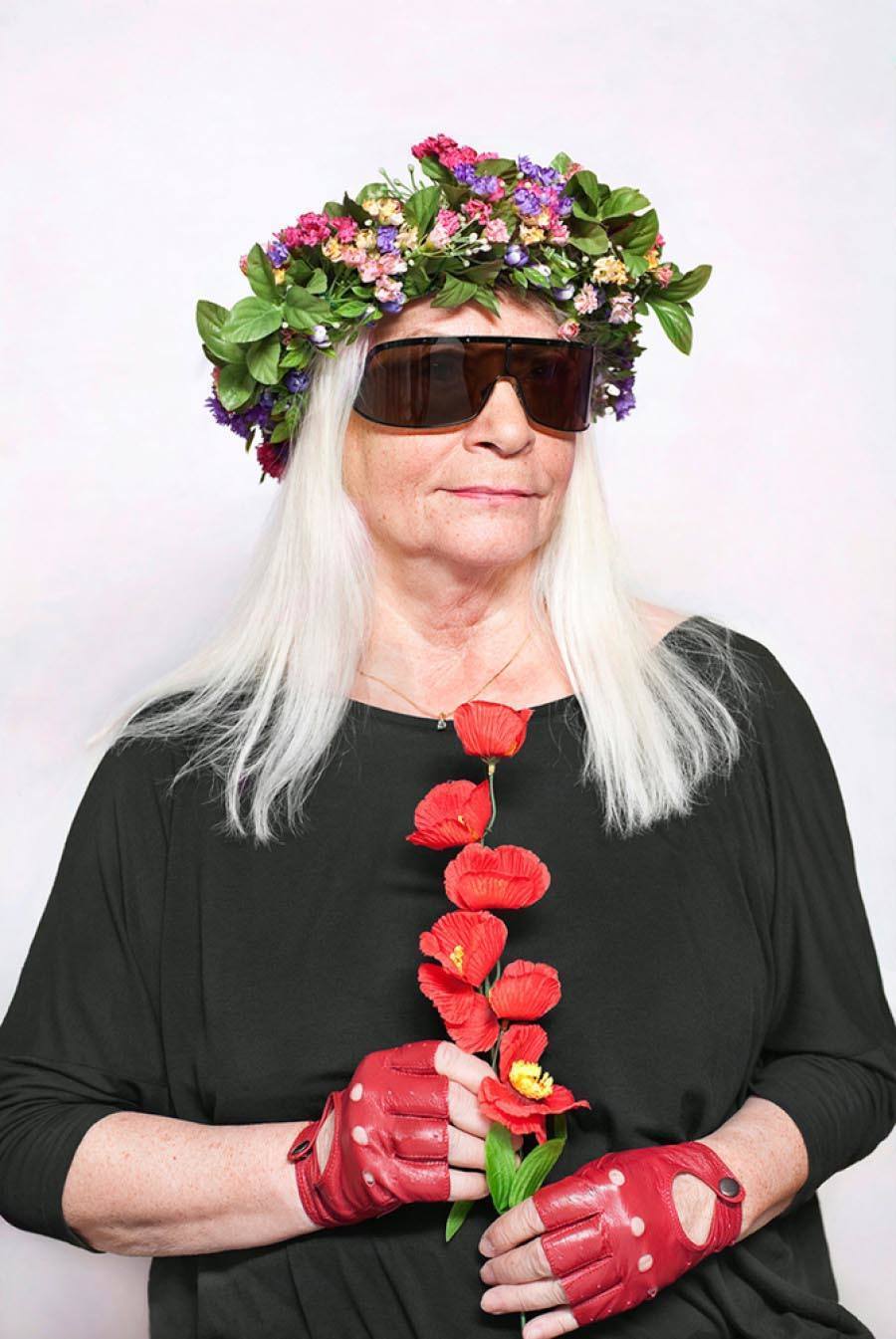 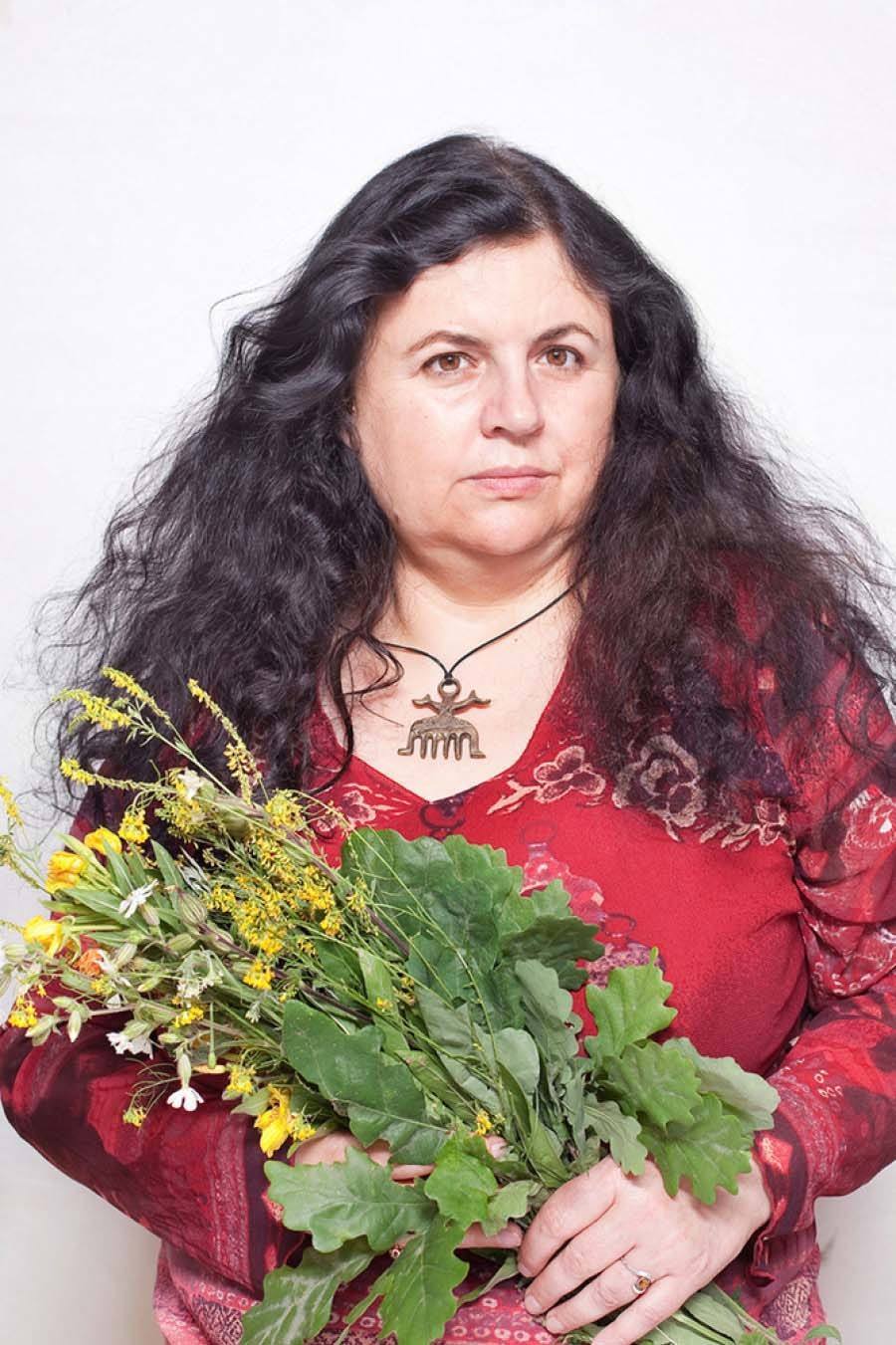 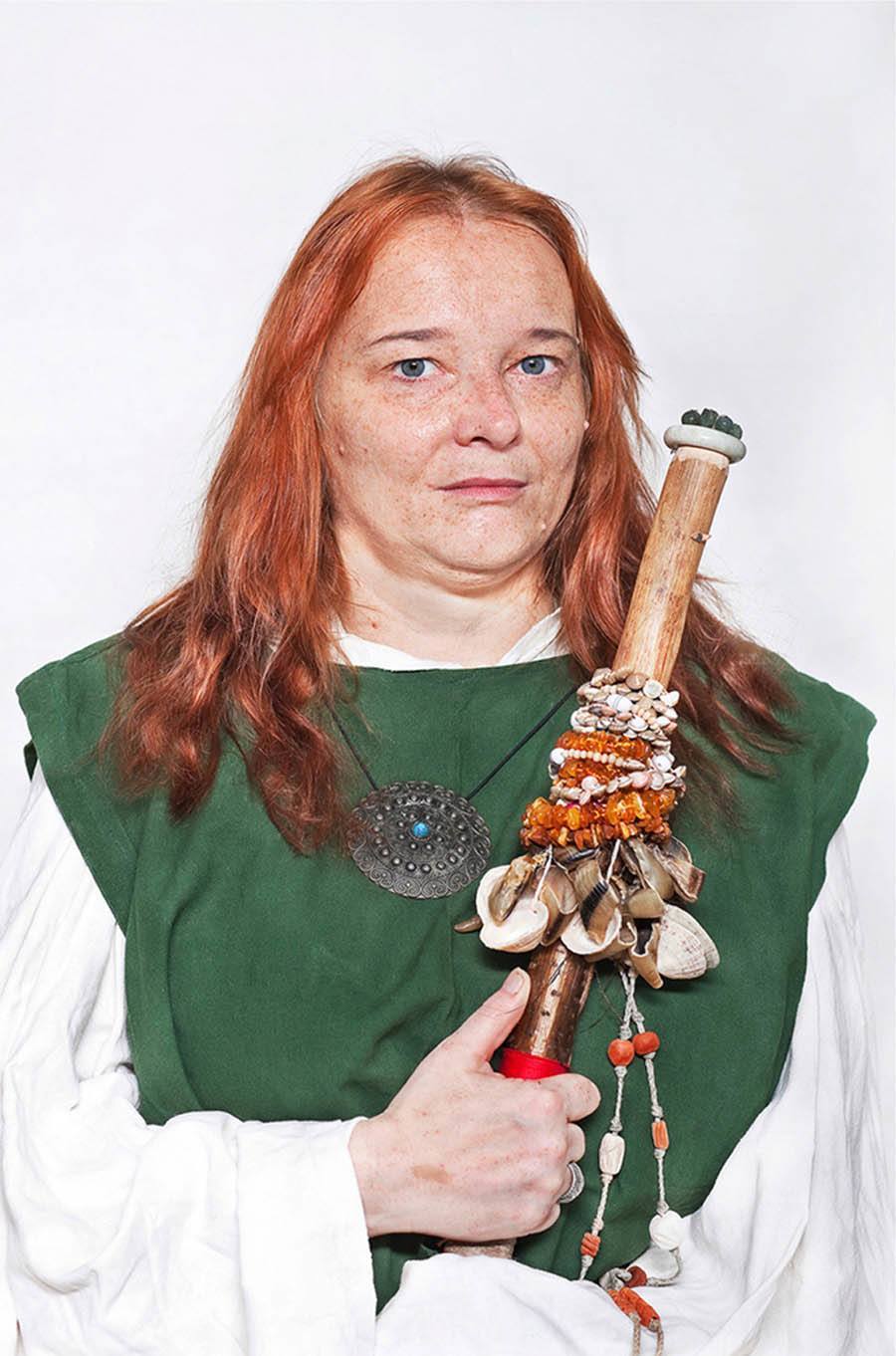 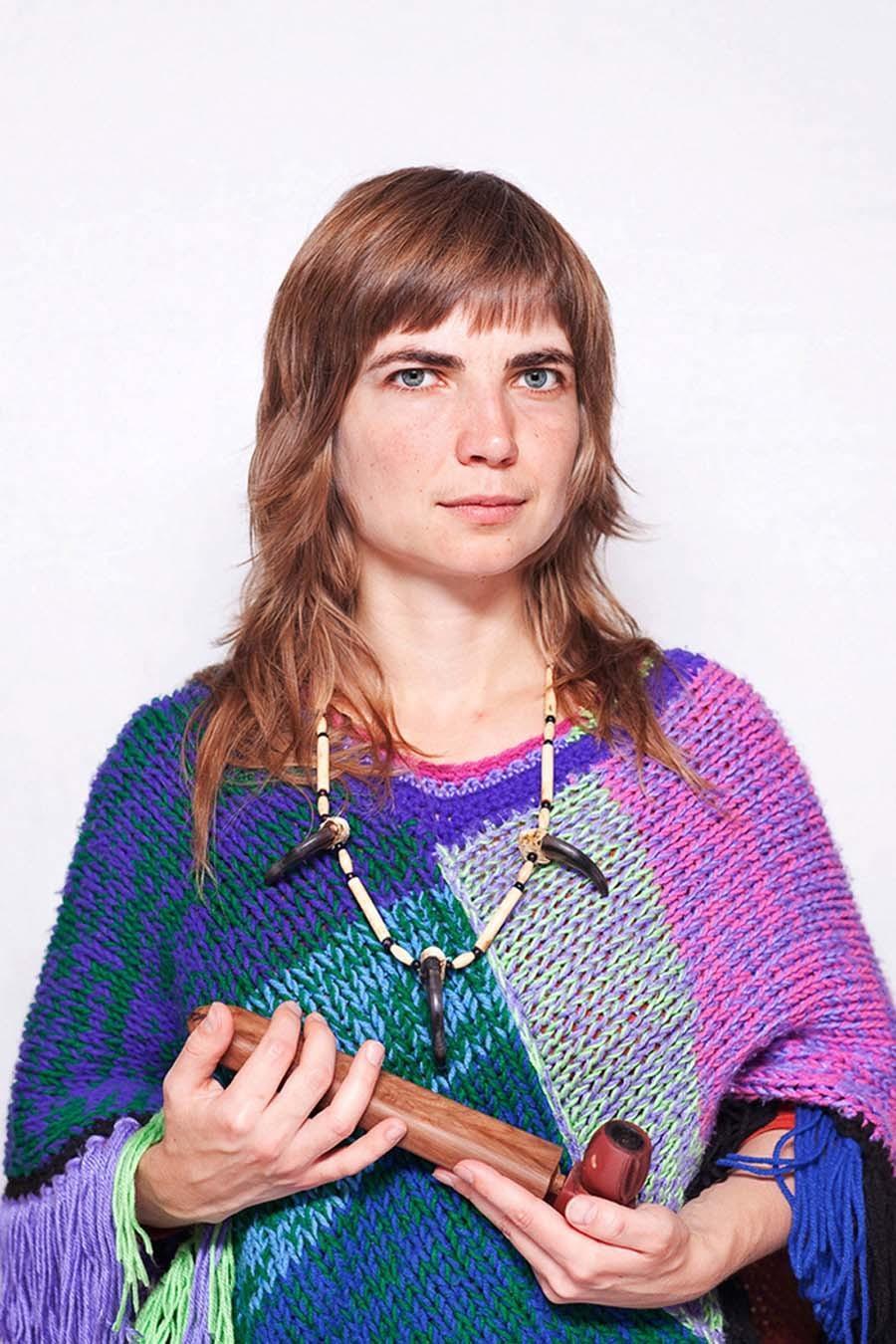 Kasia Emilia, “The One who Is.” Image: Katarzyna Majak Source: Huffington Post 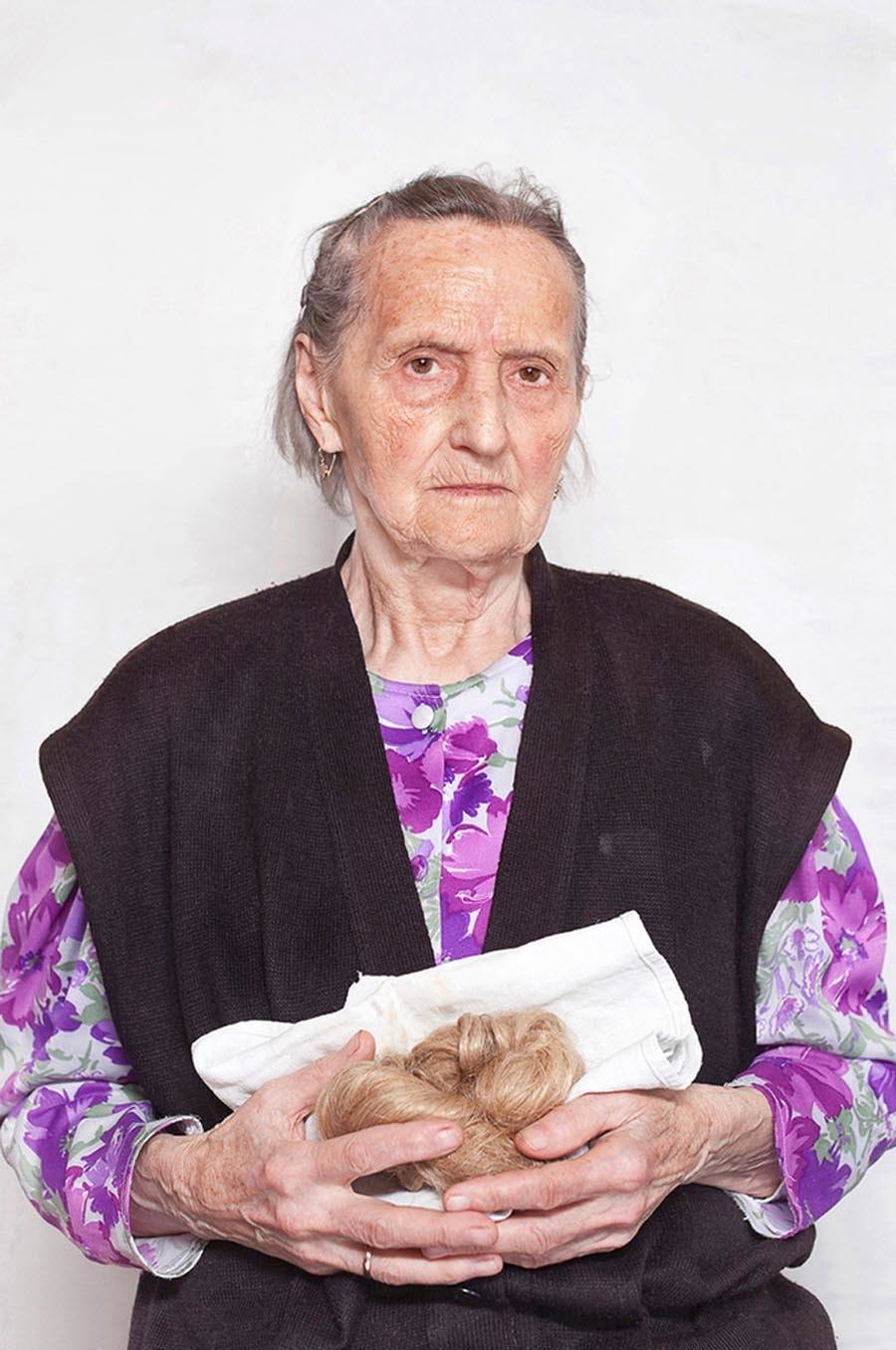 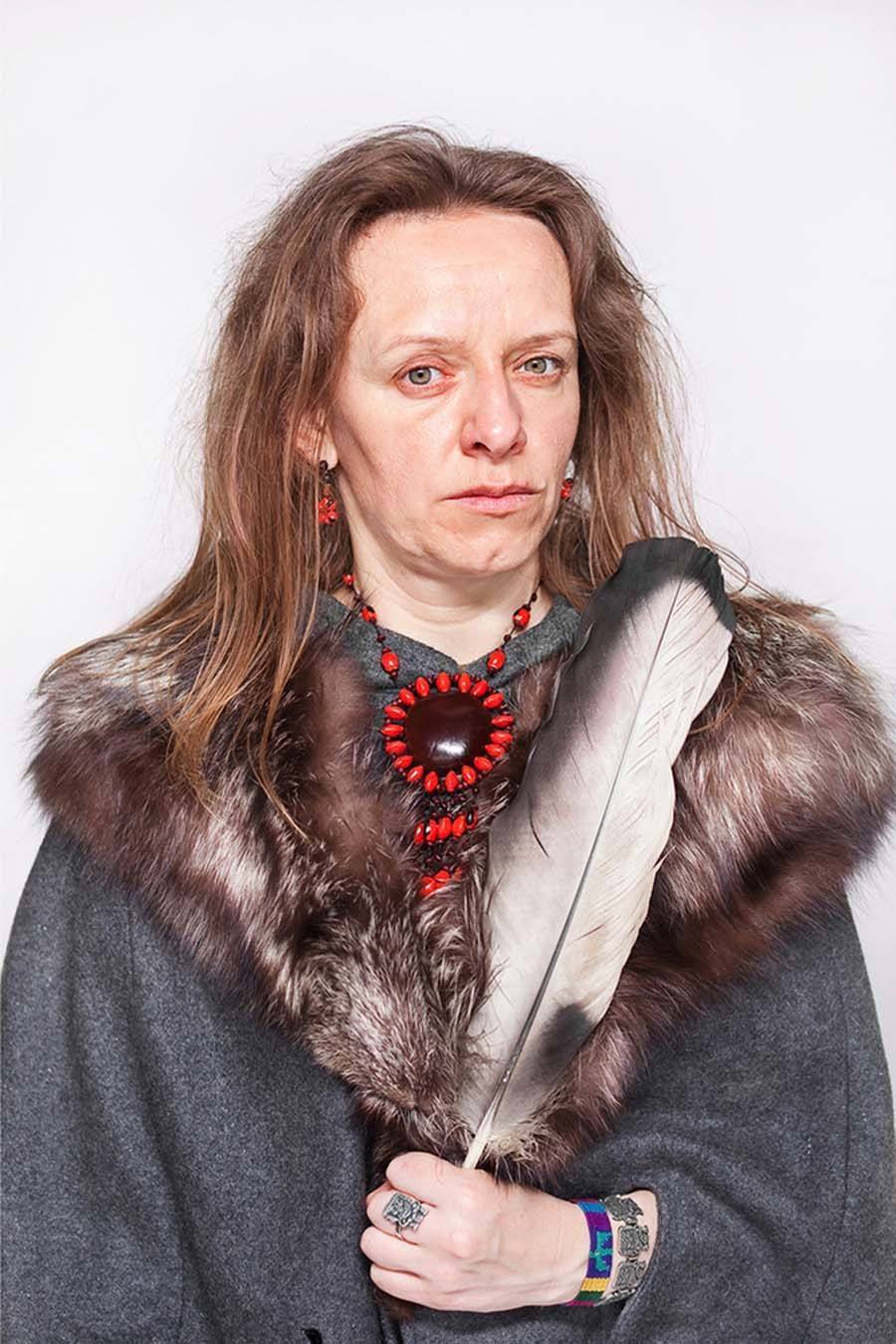 Bea, “The One who Listens to the Woods.” Source: Porter Contemporary 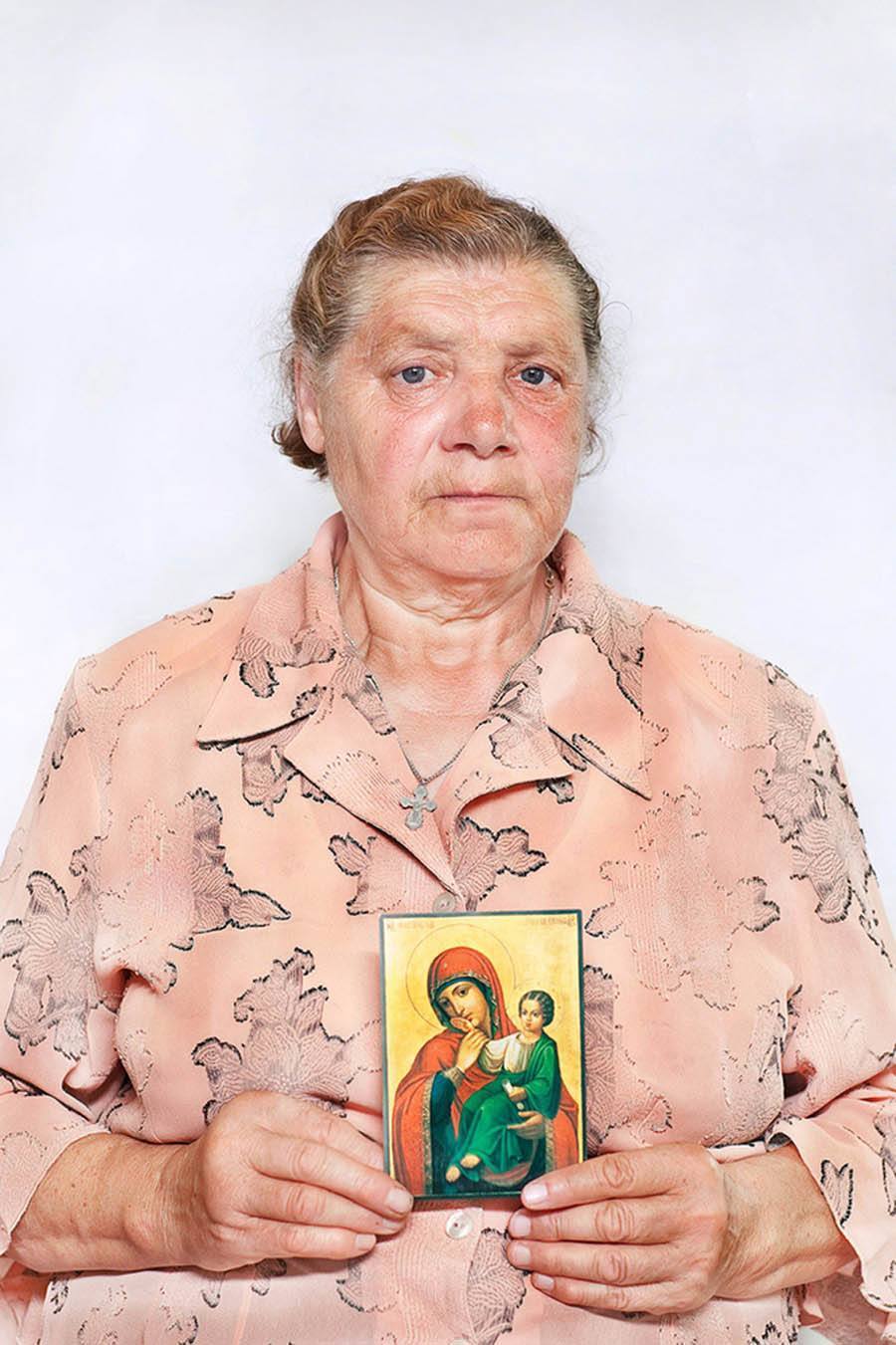 Documenting such unique and powerful women around the world is a way to demystify and redefine what we know as a witch. 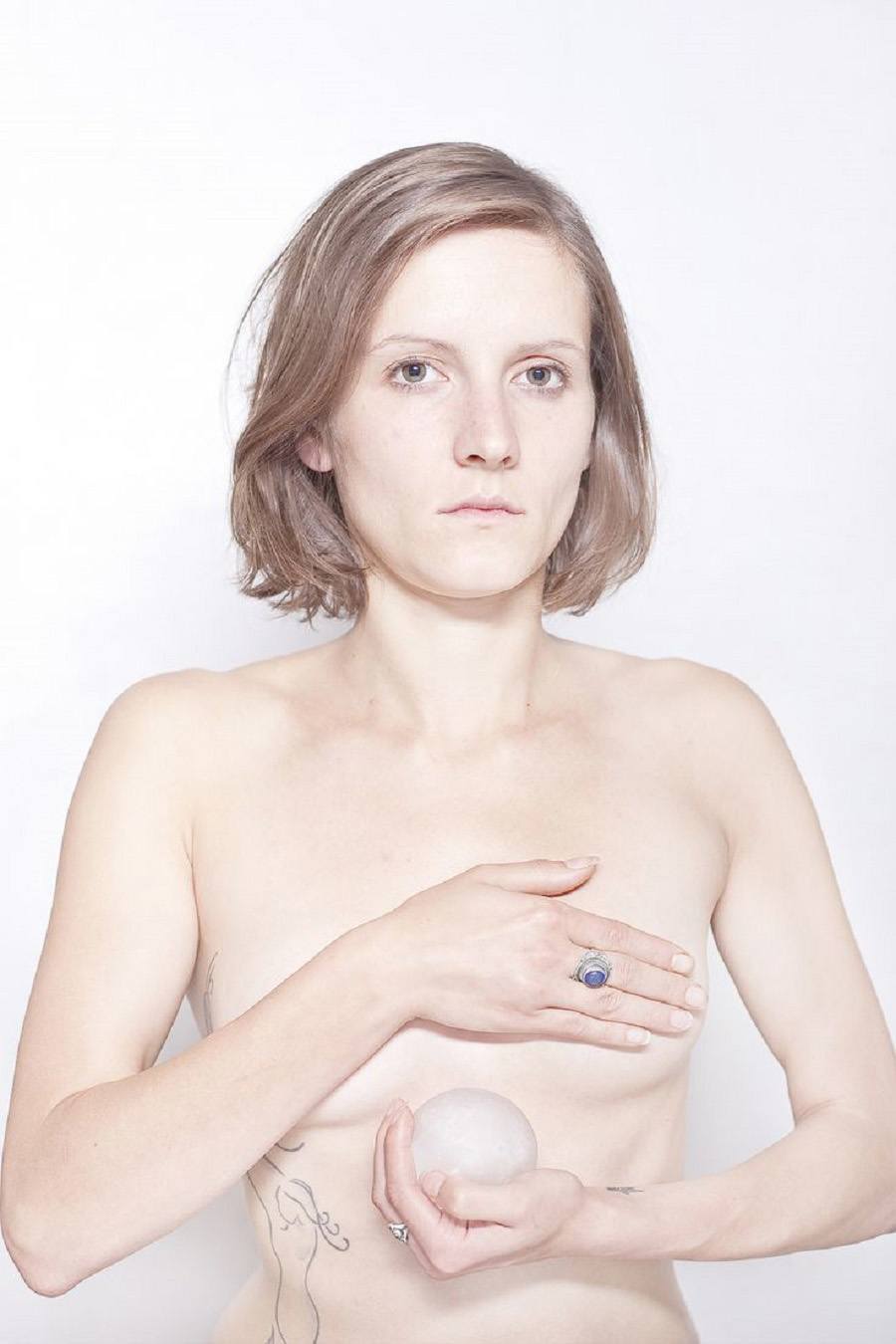 Witches and healers often do not find themselves bound by society’s need for clothing. Source: Porter Contemporary 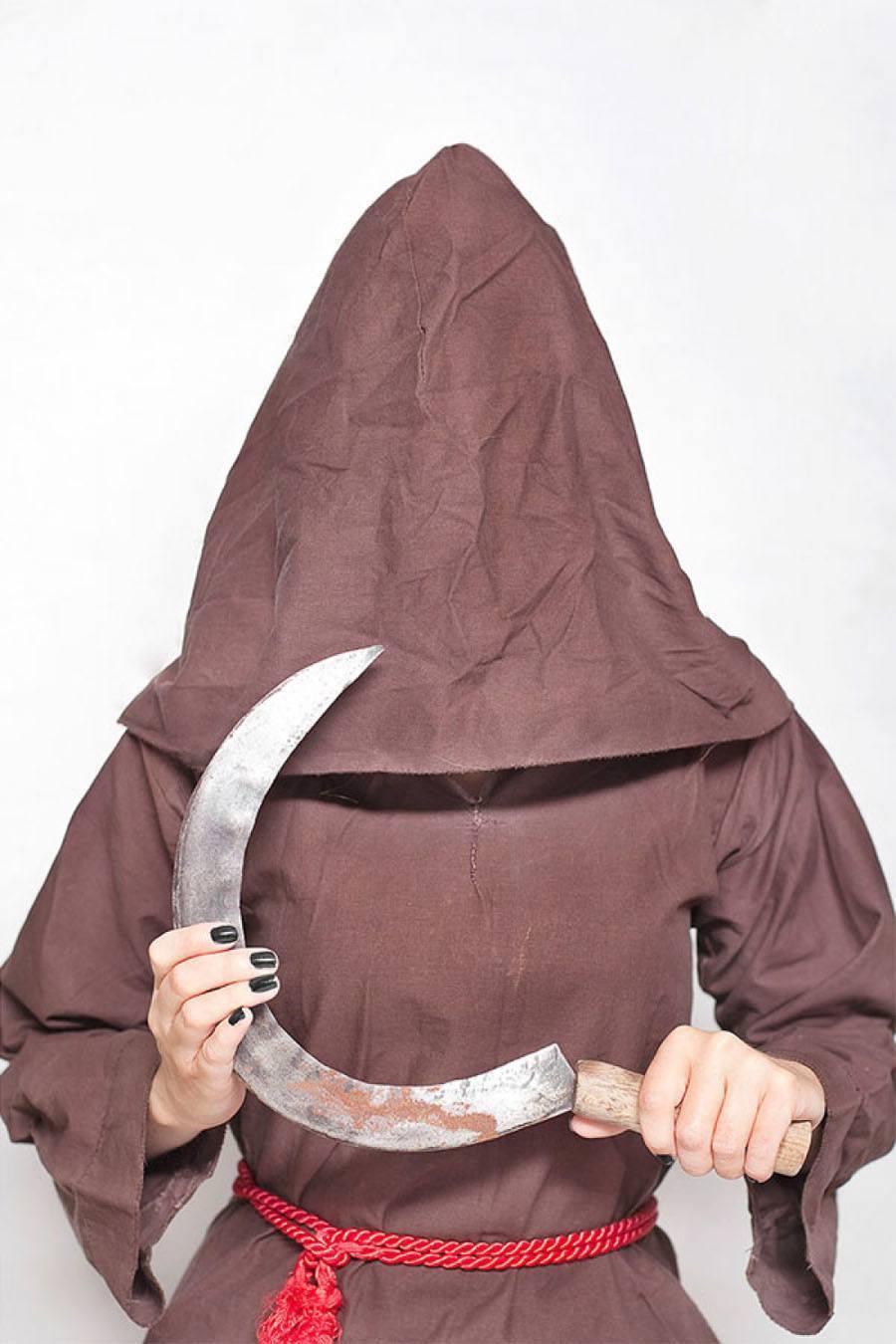 A hooded figure from “Women of Power.” Source: Culture