The Disturbing Story Of The Mokomokai Heads Of The Maori Tribesmen

The severed mokomokai heads of the Maori were carved, boiled, smoked, oil, and then paraded around like war trophies. 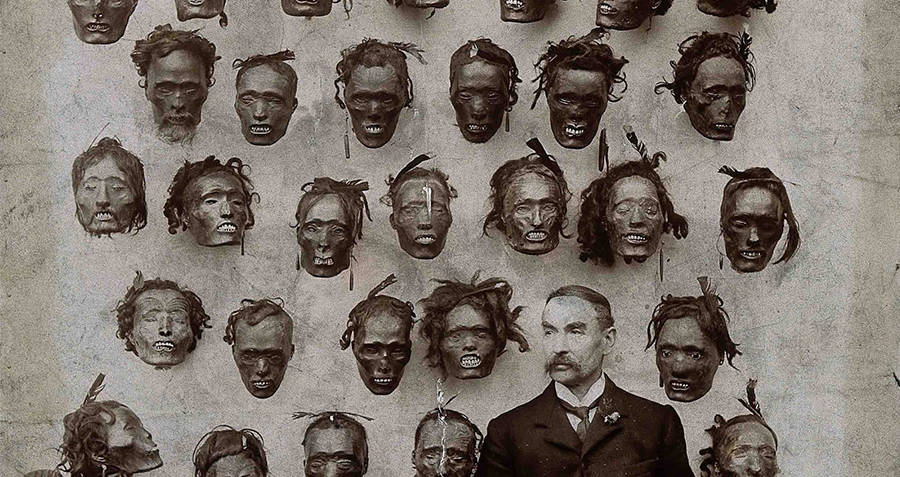 Wikimedia Commons H.G. Robley with his collection of Mokomokai heads.

In the American Museum of Natural History in New York City lies a collection of 30 mokomokai, or the severed, tattooed heads of Maori tribesmen. The collection itself is quite interesting; however, the story of how it got to the museum is even more so.

In the 1860s, Major General Horatio Gordon Robley served in the British Army during the New Zealand Land Wars.

While there, he became fascinated by the local tribesman, the Maori and their tradition of facial tattoos. Being a talented illustrator, he began sketching the tattoos and eventually published a book on the subject.

He discovered that the facial tattoos, known as moko, were given mostly to men who ranked highly in society. Occasionally a high-ranking woman would have moko on her lips or chin, but it was rare. 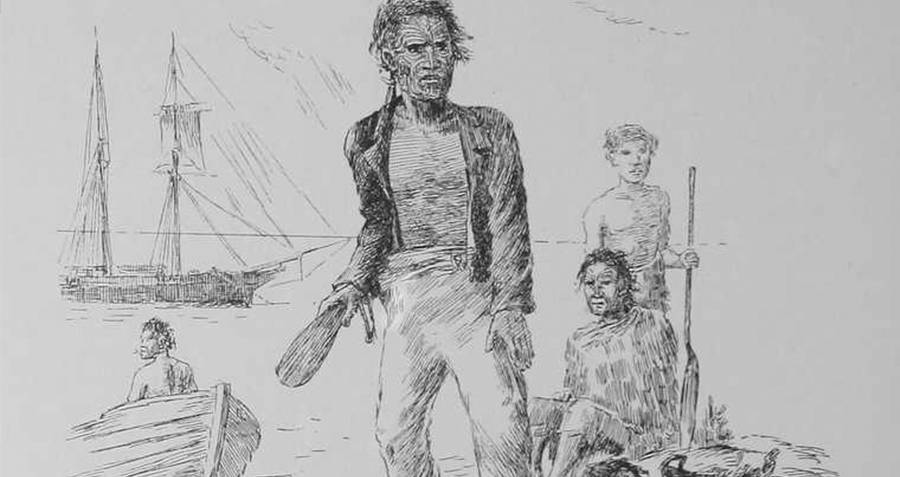 Wikimedia Commons“Barganing for a head, on the shore, the chief running up the price” — a sketch by H.G. Robley.

When someone with moko died, their entire head would be preserved, in order to honor their high social standing. During preservation, the eyes and brain were removed, and all of the holes would be sealed with flax fiber and gum. The head was boiled then smoked, before being dried in the sun and treated with shark oil.

The head was then given to the tribesman’s family, who would keep it in an ornate box and bring it out for sacred ceremonies.

Occasionally, the heads of opposing tribe members were preserved and paraded around like war trophies. The exchange of foreign mokomokai between tribes was an important piece of peace agreements.

During the early 19th century, when Europeans arrived in New Zealand, the mokomokai became valuable items for trade. The Europeans, like Robley, were fascinated by the heads and were willing to trade them for firearms, which the Maori could use for their military.

They became so invested in the mokomokai trade, in fact, that they would often raid neighboring villages to acquire more heads. They would tattoo slaves and prisoners and create fake moko, in order to meet the high demand.

Through the trade, Robley acquired a collection of 35 mokomokai. Initially, he offered the collection to the New Zealand government, however, they rejected his offer. In the early 1890s, the collection was purchased by the American Museum of Natural History for £1,250.