Between 1968 and 1985, a serial killer dubbed "The Monster of Florence" murdered eight couples at "lovers' lanes" across Tuscany — and families of the victims want a fresh investigation. 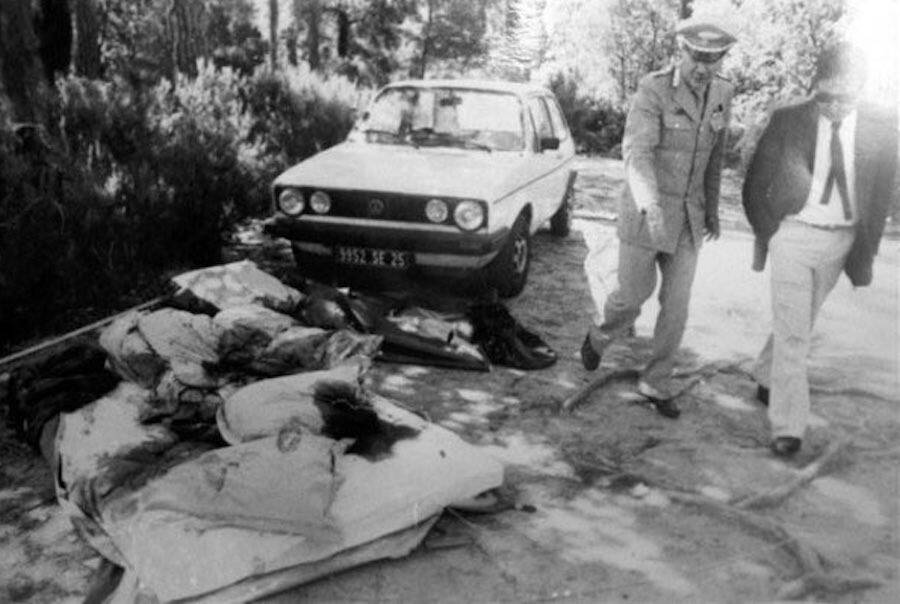 @DailyKillerFact/TwitterThe Monster of Florence murdered eight couples between 1968 and 1985.

Between 1968 and 1985, a serial killer dubbed “The Monster of Florence” murdered 16 people across the Italian region of Tuscany. While those crimes have never been solved, the relatives of several victims are now demanding a new investigation — and claim key evidence was overlooked.

The “Monster of Florence” insidiously targeted couples who were engaged in sexual activity in remote areas, according to Oxygen. The killer used a Beretta pistol to murder eight couples and was never caught. While a few suspects emerged and some were convicted over the years, not all murders have been accounted for.

The crimes have since inspired bestselling books and a TV show starring Antonio Banderas, while amateur sleuths believe Satanic cults or law enforcement itself had been involved. Attorney Valter Biscotti represents three clients seeking justice for their relatives.

“We are looking for the truth with a new investigation. And we’re convinced that there are elements in the old case files that were wrongly overlooked,” he said. “We want a fresh look at a lead concerning a suspect named in an old police file who was never investigated properly, as well as DNA found on an anonymous letter.”

The Murders Of The ‘Monster Of Florence’

The “Monster of Florence” began killing on Aug. 21, 1968, when he gunned down 29-year-old Antonio Lo Bianco and his 32-year-old sister-in-law, Barbara Locci, with a .22 handgun in the town of Signa. They were murdered in their car as Locci’s six-year-old daughter was sleeping in the back seat, according to The Atlantic. 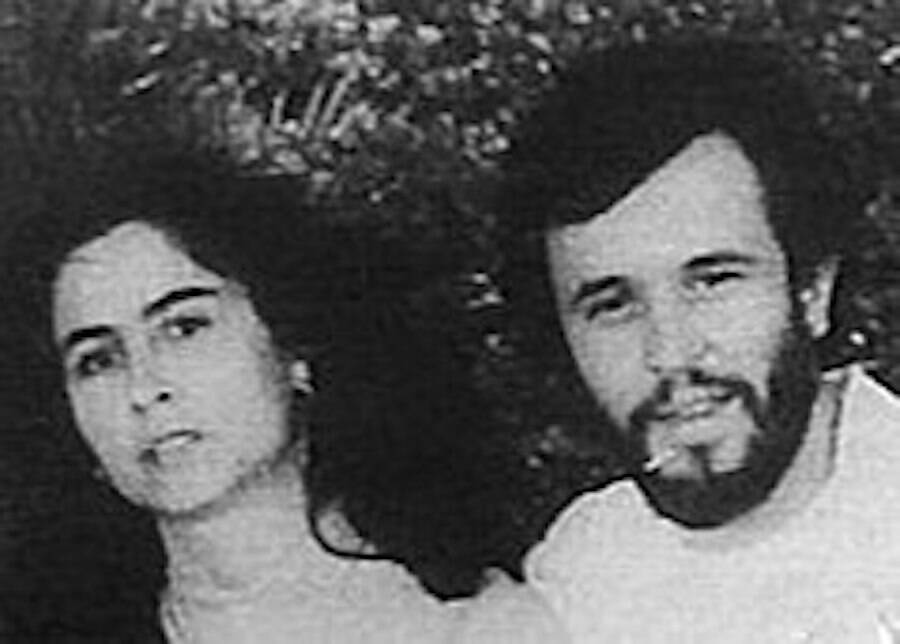 Wikimedia CommonsCarmela De Nuccio and Giovanni Foggi were killed on June 6, 1981. De Nuccio’s pubic area was cut out with a knife.

Her husband, Stefano Mele, became the primary suspect. Prosecutors successfully argued he had the motive to kill as a result of his wife’s affair. While he was incarcerated, however, another couple was killed with the same gun. Pasquale Gentilcore and Stefania Pettini died while having sex in his Fiat 127 on Sept. 15, 1974.

Pettini was subsequently stabbed 96 times and her genitals were mutilated. On June 6, 1981, warehouse worker Giovanni Foggi and his fiancé Carmela De Nuccio were gunned down and stabbed while sexually engaged in their car. The Monster of Florence carved De Nuccio’s pubic area out with a knife and kept it.

Twenty-four-year-old Stefano Baldi and his fiancé, Susanna Cambi, were killed in the same exact manner on Oct. 23, 1981. Cambi’s pubic area and part of her thigh were cut out and missing. On June 19, 1982, Paolo Mainardi and his fiancé Antonella Migliorini were shot dead after having sex in his car on a country road.

On Sept. 19, 1983, an anomaly emerged. The “Monster of Florence” killed Wilhelm Friedrich Horst Meyer and Jens Uwe Rüsch, two German men vacationing in Italy. They were killed in their car. The next two victims, Claudio Stefanacci and Pia Gilda Rontini, were shot dead on July 29, 1984. Rontini’s genitalia was missing.

Jean Michel Kraveichvili and Nadine Mauriot were the last known couple killed by the “Monster.” The French lovers were camping in the countryside when they were shot on Sept. 7, 1985. According to The True Stories of The Monster of Florence, Mauriot’s body was mutilated before the killer mailed part of her breast and a letter to state prosecutor Silvia Della Monica.

Suspects In The ‘Monster Of Florence’ Case

Estelle Lanciotti, the daughter of Nadine Mauriot who died alongside her boyfriend Kraveichvili, recently asked Biscotti to help her find their killer. 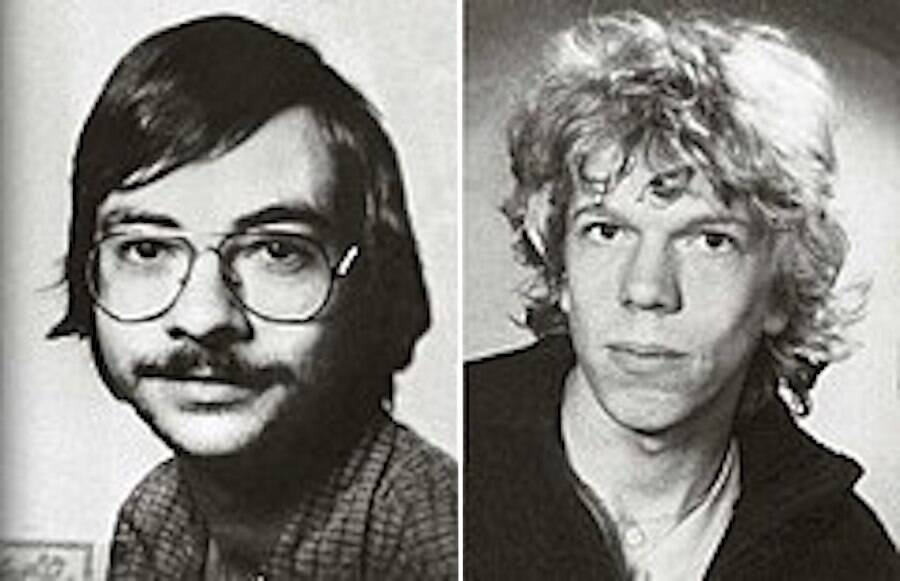 Wikimedia CommonsHorst Meyer and Jens Uwe Rüsch were the only male couple the Monster of Florence ever killed.

Mauriot was one of four women whose breasts and genitals were mutilated by the Monster of Florence. Biscotti’s call for a reinvestigation on March 25, 2022, centered on police incompetence. He believes that certain suspects and DNA from various anonymous letters were never thoroughly analyzed.

Carmela De Nuncio’s relatives have asked Biscotti to look into one suspect in particular. Farmer Pietro Pacciani became a person of interest in 1994 when an anonymous tip led to his arrest. He was ultimately convicted of six of the eight murders committed by the “Monster of Florence,” and for raping his two daughters.

While he was sentenced to life, his conviction was overturned in 1996. Despite Italy’s highest appeals court overruling this, Pacciani died of a heart attack at 73 years old in 1998. However, prosecutors believe that he didn’t work alone — and attacked couples with his friends Mario Vanni and Giancarlo Lotti.

While they were eventually found guilty of four of the eight murders, Biscotti said that “none of the trials so far have got to the whole truth.” And while five accused men had been in jail at one point for the crimes, they were eventually released when another murder occurred during their incarceration.

Overlooked Evidence In The ‘Monster Of Florence’ Case

Biscotti is confident that reopening the case files of Pietro Pacciani will bring him closer to the truth. The farmer had formerly been portrayed by prosecutors as sexually obsessive and ruthlessly violent. He frequently visited local brothels with Vanni and Lotti, the latter of whom confessed to four of the killings. 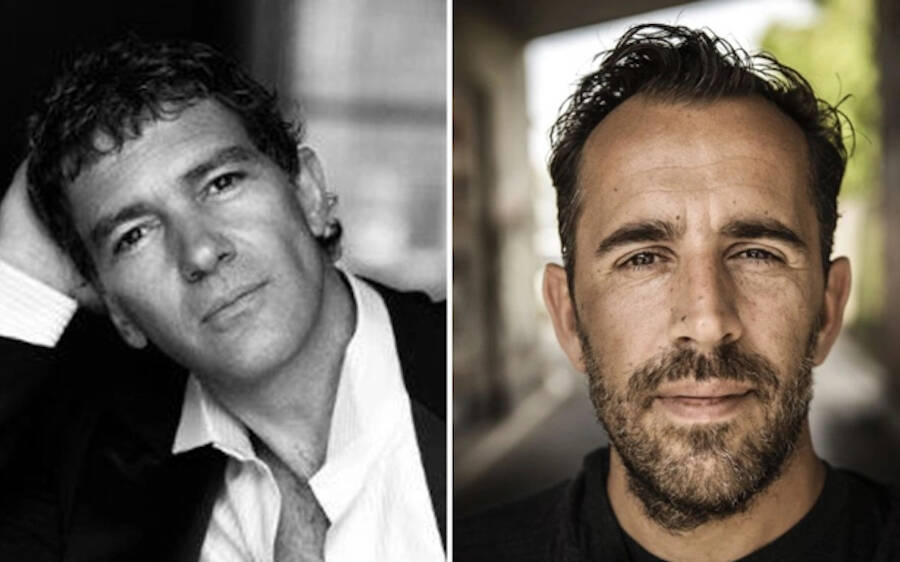 StudiocanalAntonio Banderas (left) will portray Mario Spezi, an Italian journalist who covered the killings, in a TV adaptation of his book, The Monster of Florence.

Biscotti has not only found various “inconsistencies” in Lotti’s confession, however, but grown curious about another suspect named Giampiero Vigilanti. A close friend of Pacciani’s, Vigilanti was once a suspect in these killings. Police searched his house in the 1980s and found ominous signs he may have been involved.

From newspaper clippings about the victims to the same type of bullets used in their killings, his residence suggested an obsession with the murders. While Vigilanti is now 90 years old, Biscotti and several other lawyers are demanding that investigators look into him again..

As for the anonymous 1985 letter sent to Della Monica, the recovered DNA didn’t match Pacciani’s — but may still match that of Vigilanti. While the true identity of the Monster of Florence remains a mystery, authorities may be closer than ever to solving the macabre case once and for all.

After reading about the Monster of Florence, learn about the unsolved Atlanta Child Murders. Then, read about six unsolved murders and the serial killers who got away.