Inside The Lynching Of Leo Frank, The Jewish Businessman Wrongly Convicted Of Murder In Georgia

In 1913, Leo Frank was found guilty of killing 13-year-old Mary Phagan, even though no physical evidence linked him to the crime. Two years later, a mob lynched him for it. 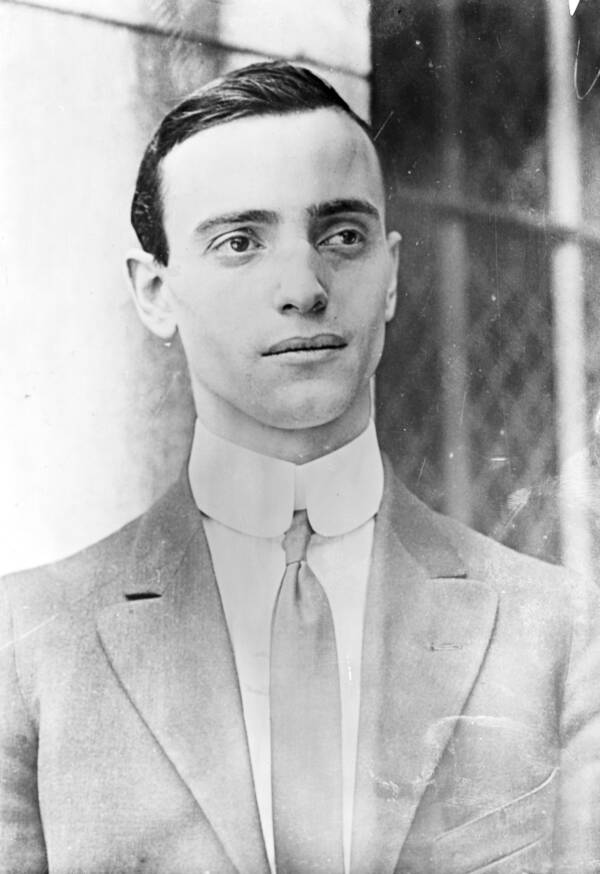 On Aug. 17, 1915, a Georgia mob lynched Leo Frank, a Jewish man convicted of murder whose death sentence had just been commuted to life in prison by the governor.

Two years earlier, a jury sent Frank to prison for killing a 13-year-old girl named Mary Phagan, who worked at the pencil factory he managed. Police arrested six men for the brutal crime before focusing on Frank. And the jury took the word of the likely killer over the “Yankee Jew.”

Between 1882-1968, at least 4,743 people were lynched in the U.S., according to the NAACP. Around 72% of lynching victims were Black. The remainder included immigrants and religious minorities like Frank. Leo Frank’s lynching reveals how white Americans used terror to target anyone defined as an outsider — including Jewish men like Frank.

And just three months later, many of the men who lynched Frank gathered at Georgia’s Stone Mountain for a ceremony that established the modern Ku Klux Klan. Meanwhile, in the North, Leo Frank’s case led directly to the formation of the Anti-Defamation League.

The Mysterious Murder Of Mary Phagan

On Apr. 26, 1913, Leo Frank handed 13-year-old Mary Phagan her paycheck. Phagan worked at the Atlanta factory of the National Pencil Company, where the 29-year-old Frank served as superintendent. 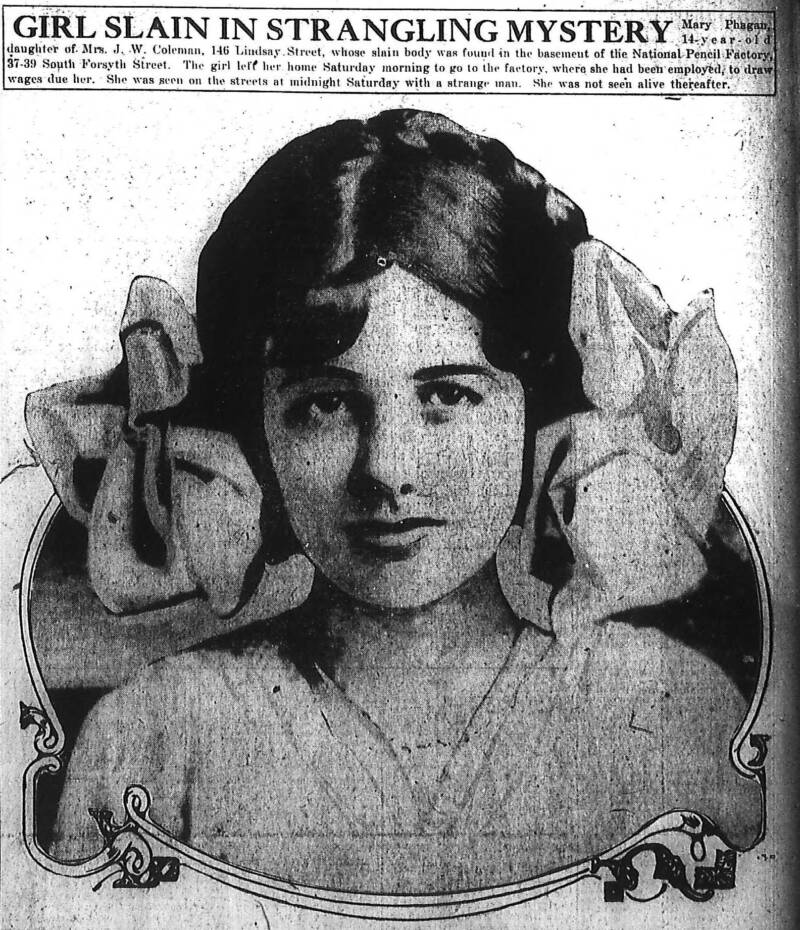 Later that night, a watchman discovered Phagan’s body. The child had been sexually assaulted and hidden away in the basement. Next to her body, police found two handwritten notes.

The notes initially pointed police toward the night watchman, Newt Lee. But after arresting Lee, police began to suspect a different killer: Jim Conley, a Black janitor who could barely read or write. So the police arrested Conley.

During an interrogation, Conley threw suspicion on a third man: Leo Frank, the factory superintendent. Conley claimed Frank called the factory that night to check on any disturbances, something the superintendent had never done before.

Police quickly narrowed their focus to Frank. But not before arresting several other men, including a streetcar conductor, a bookkeeper at the factory, and one of the factory’s elevator operators.

Even though witnesses saw Conley washing bloodstains from his shirt days after the murder, Leo Frank went to trial for the crime. And Conley became the state’s star witness.

How Leo Frank’s Trial Was Fueled By Antisemitism

The trial of Leo Frank began in the late summer. And before it even began, antisemitism was rampant. One potential juror who was eventually selected was overheard saying, “I am glad they indicted the God damn Jew. They ought to take him out and lynch him. And if I get on that jury, I’ll hang that Jew for sure.” 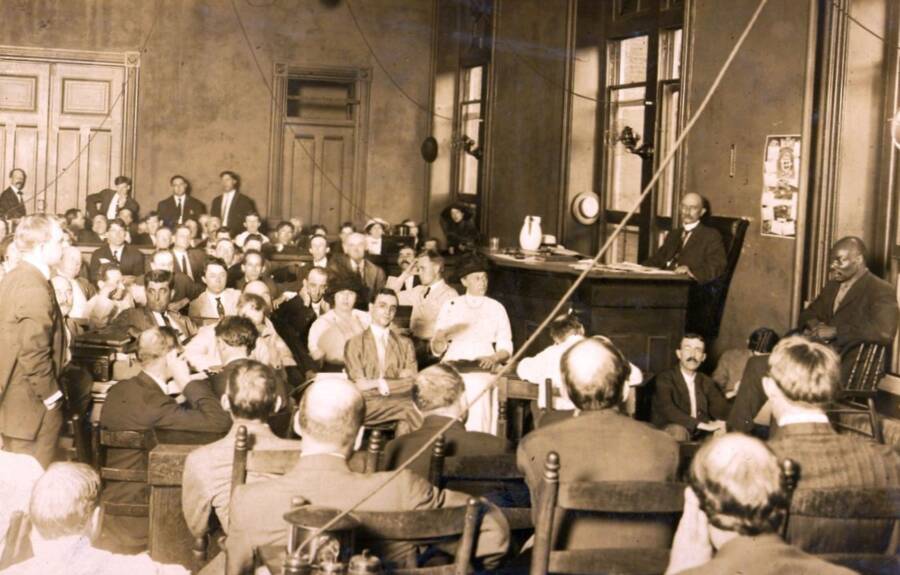 Then, on the stand, Jim Conley claimed Leo Frank killed Mary Phagan and forced the janitor to hide her body. The jury never heard that Conley signed four affidavits with different explanations for why the janitor moved Phagan’s body. Nor did they hear Conley’s confession that he wrote the notes found at the murder scene.

Behind the scenes, Conley’s attorney told the judge that Conley confessed to lying about Frank’s involvement. But the judge allowed the trial to continue.

The all-white jury believed Conley and convicted Frank of murder. Antisemitism played a role in their decision. Frank was an outsider — a son of German Jewish immigrants raised in Brooklyn who relocated to Atlanta to work at the factory. 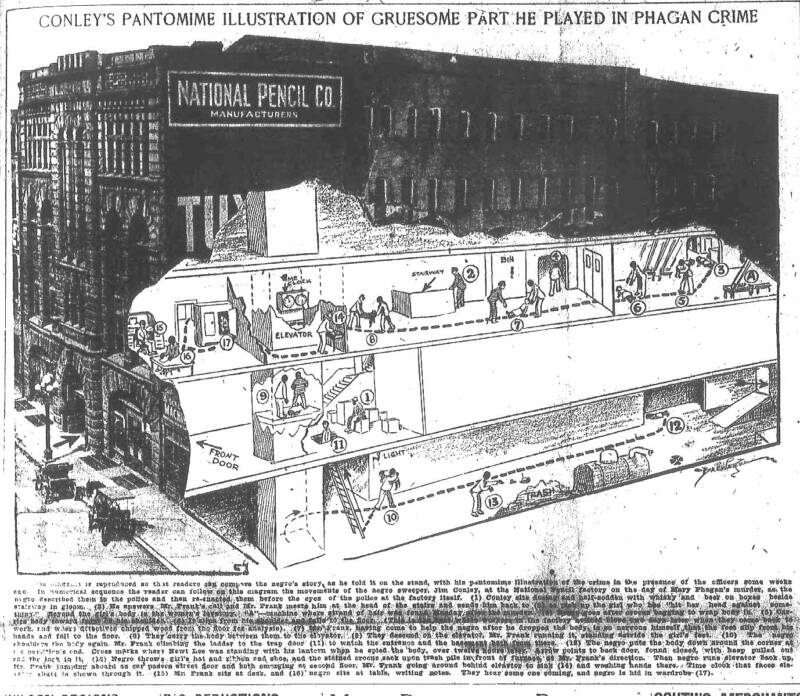 Atlanta JournalThe Atlanta Journal attempted to reconstruct Jim Conley’s version of events, where Conley carried the body to the basement.

And he had the support of national newspapers, whose editors wrote columns supporting Frank and demanding a new trial. But the strategy backfired. Georgians became entrenched in their view that Leo Frank was guilty. And they didn’t hide their anti-Jewish sentiment.

One local paper published an editorial titled “When are the Northern Jews Going to Let Up On Their Insane Attempt to Bulldoze The State of Georgia?” It ended with the line, “WOMANHOOD MUST BE, AND SHALL BE PROTECTED; and we mean to have that understood by lascivious young Jews.”

During the Leo Frank trial, the white jury chose to believe Conley’s story. The prosecutor used racial bias against both Conley and Frank — it wasn’t possible that Conley wrote the murder notes, he argued, because they contained proper grammar. Frank, on the other hand, was a university-educated Jewish Yankee.

Reuben Arnold, Frank’s defense attorney, called out the sham trial. Leo Frank “comes from a race of people that have made money,” Arnold declared. “If Frank hadn’t been a Jew he never would have been prosecuted.”

The prosecutor offered a rebuttal: “Gentlemen, do you think that I or these detectives are actuated by prejudice? Would we as sworn officers of the law have sought to hang Leo Frank on account of his race and religion and passed up Jim Conley? A negro!”

A Georgia court sentenced Leo Frank to the death penalty. In response, B’nai B’rith established the Anti-Defamation League to help him fight the conviction. Frank appealed the case all the way to the U.S. Supreme Court but failed. 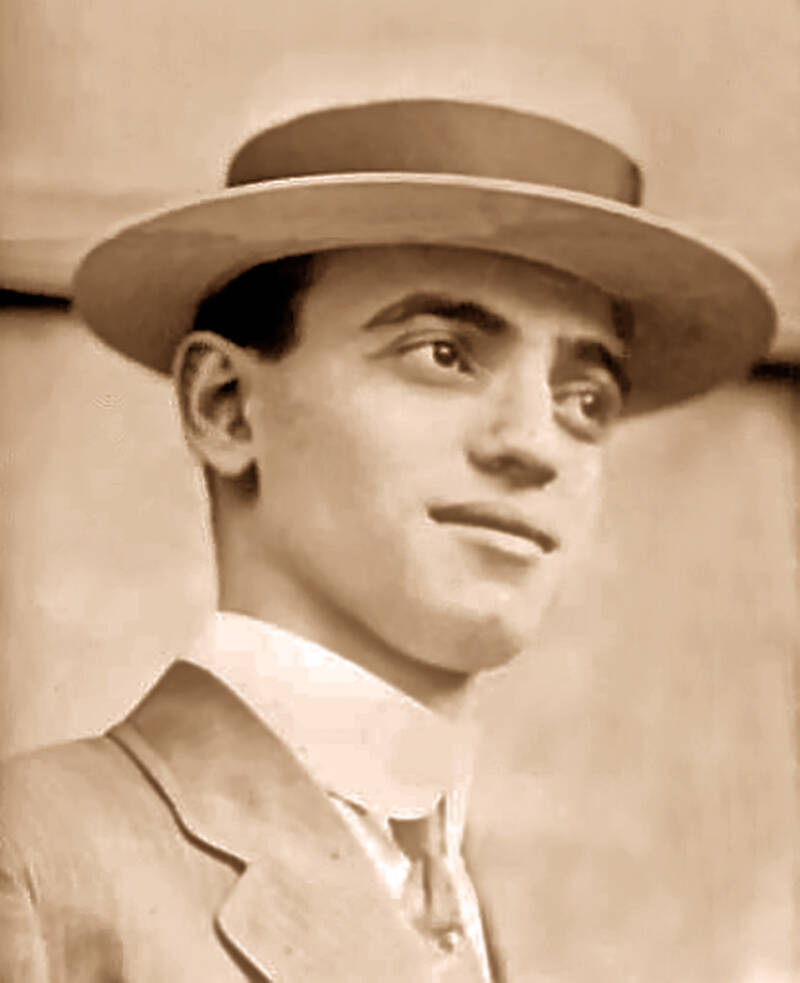 Library of CongressLeo Frank appealed his conviction to the U.S. Supreme Court and lost.

By 1915, Leo Frank had spent two years in prison. His last hope was a commutation from the governor. Governor John M. Slaton took the responsibility seriously: he read 10,000 pages of documents and even visited the pencil factory.

In the final days of his term as governor, Slaton commuted Leo Frank’s sentence to life in prison. The governor believed Frank was innocent and that the commutation was the first step toward freeing the wrongly convicted man. Instead, the commutation triggered riots.

A mob marched on the governor’s mansion. Slaton had to call the National Guard and declare martial law. At the end of his term, police had to escort Slaton to safety. He would not return to Georgia for ten years. But they had worse in store for Leo Frank.

The Lynching Of Leo Frank By The Knights Of Mary Phagan

On the night of Aug. 16, 1915, a group of 25 men arrived at the Milledgeville prison. Calling themselves the Knights of Mary Phagan, the men broke into the prison, abducted Leo Frank from his cell, and drove him to Phagan’s hometown. 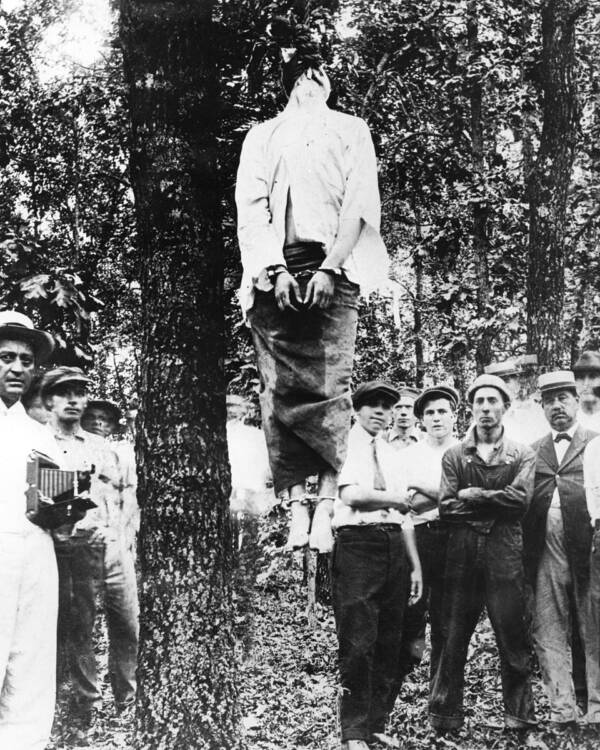 Atlanta History CenterA photograph showing Leo Frank’s body after the lynching, with a crowd gathered around.

According to The Washington Post, the men knew what they were doing and planned well in advance for the break-in. Some cut the prison’s phone lines so no one could call for help. Others drained the gas tanks of police cars so the cops couldn’t pursue them. And they posted lookouts in every town along the 150-mile route from the prison to Marietta, Georgia.

And once they arrived, the mob lynched Leo Frank on the property of the town’s former sheriff and left his body hanging from an oak tree. The next day, 3,000 people came to see the dead man.

None of Leo Frank’s killers ever faced prosecution. And just three months later, on Nov. 25, 1915, between 15 and 30 men, many of whom had been present for Leo Frank’s lynching, gathered at Stone Mountain for a ceremony where they christened a new organization, the Knights of the Ku Klux Klan.

One of the members of the lynch mob was Tom Watson, a lawyer and former member of the U.S. House of Representatives for Georgia. In 1920, Georgians elected him to the U.S. Senate.

Who killed Mary Phagan? The evidence points overwhelmingly toward Jim Conley. Ultimately, Leo Frank paid for a crime he didn’t commit with his life.

Had Leo Frank not been sitting in his office at the pencil factory, the last to see Mary Phagan before her murder, the police almost certainly would have targeted Conley. A mob might have even tried to lynch the janitor — Black men accused of violence against white women were often targeted by lynch mobs.

Instead, the mob found a different outsider on which to focus their hatred. And Leo Frank paid with his life.

A vast majority of lynching victims in the U.S. were Black. But lynch mobs also targeted other minority groups. Next, read about the New Orleans lynchings that targeted Italian immigrants, and then read about the Chinese Massacre of 1871.