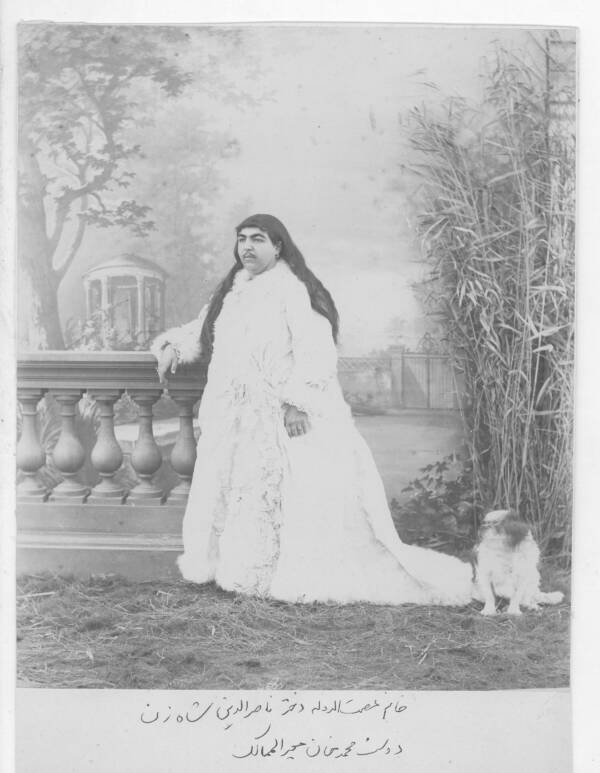 Women’s Worlds in Qajar IranPhotos of “Princess Qajar” have gone viral but they barely touch on the truth about this Persian princess.

They say that a picture is worth a thousand words. But in the age of the internet, it sometimes takes a few more than that to get to the truth of the matter. Though images of “Princess Qajar” have gone viral in the last couple of years, the true story of this mustached princess is complex.

Social media posts have claimed that she was, for her time, the epitome of beauty. Some posts have even gone as far as to say that “13 men killed themselves” because she spurned their advances. But though claims like these brush against the truth, they don’t tell the whole story.

This is the true story behind the viral images of “Princess Qajar.”

For the past couple of years, a number of photos of “Princess Qajar” have circulated on the Internet. These posts, which have thousands of likes and shares, often follow the same basic narrative.

One Facebook post from 2017, with over 100,000 likes, declares: “Meet Princess Qajar! She’s a symbol of beauty in Persia (Iran) 13 young men killed themselves because she rejected them.” 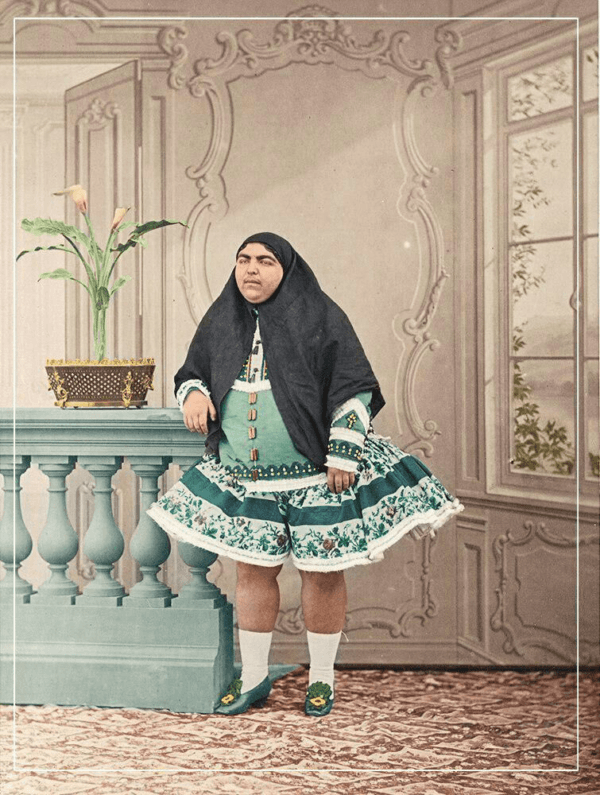 TwitterOne of the images of Princess Qajar that went viral over the last five years.

Another post with almost 10,000 likes from 2020 offers a similar version of the story, explaining: “Princess Qajar was considered the ultimate symbol of beauty in Persia during the early 1900s. So much in fact, a total of 13 young men killed themselves because she rejected their love.”

But the truth behind these posts is more complicated than meets the eye. For starters, these images feature two different Persian princesses, not one.

And while “Princess Qajar” never existed, both women were princesses during the Persian Qajar dynasty, which lasted from 1789 to 1925.

The Persian Women Behind The Posts

In a takedown of “junk history,” written by Linköping University Ph.D. candidate Victoria Van Orden Martínez, Martínez explains how this viral post has got a number of facts wrong.

Both were 19th-century princesses, the daughters of Naser al-Din Shah Qajar. The Shah had developed an obsession with photography at an early age, which is why so many photos of the sisters exist — he enjoyed taking pictures of his harem (as well as his cat, Babri Khan). 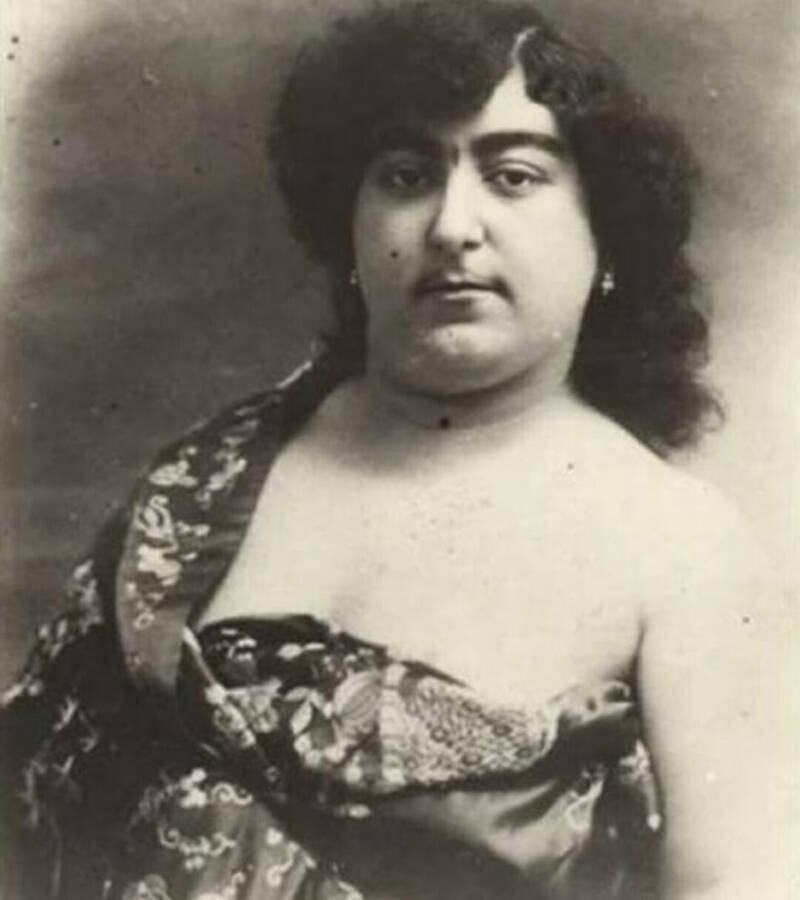 However, both were married very young, and probably never met any men who weren’t relatives until after their marriage. Therefore, it’s unlikely that they ever attracted, or spurned, 13 suitors. In any case, both women lived lives far more rich and exciting than the viral posts suggest.

The second daughter of Naser al-Din Shah Qajar, Esmat al-Dowleh married when she was around 11 years old. Over the course of her life, she learned piano and embroidery from a French tutor and hosted the wives of European diplomats who came to see her father, the Shah. 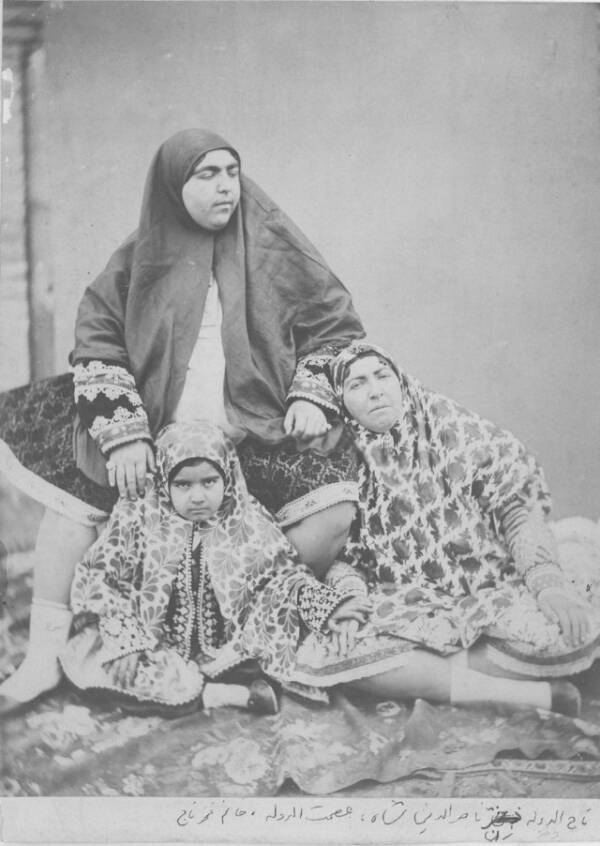 Women’s Worlds in Qajar IranEsmat al-Dowleh, center, with her mother and her daughter.

Her younger half-sister, Taj al-Saltaneh, was her father’s 12th daughter. She could have gotten lost in the shuffle, but Taj al-Saltaneh made a name for herself as a feminist, nationalist, and talented writer.

Married when she was 10 years old, Taj al-Saltaneh went on to divorce two husbands and pen her memoirs, Crowning Anguish: Memoirs of a Persian Princess from the Harem to Modernity.

“Alas!” she wrote. “Persian women have been set aside from humankind and placed together with cattle and beasts. They live their entire lives of desperation in prison, crushed under the weight of bitter ideals.”

At another point, she wrote: “When the day comes that I see my sex emancipated and my country on the path to progress, I will sacrifice myself in the battlefield of liberty, and freely shed my blood under the feet of my freedom-loving cohorts seeking their rights.”

Both women lived remarkable lives, lives much bigger than any single post on social media. That said, the viral posts about Princess Qajar did get one thing right about Persian women and beauty in the 19th century.

The Truth Within The Princess Qajar Posts

In many of the posts describing “Princess Qajar,” an emphasis is placed on the downy hair on her upper lip. In fact, mustaches on women were considered beautiful in 19th-century Persia. (Not the 20th century, as some of the posts suggest.)

Harvard Historian Afsaneh Najmabadi wrote an entire book on the subject called Women with Mustaches and Men without Beards: Gender and Sexual Anxieties of Iranian Modernity. 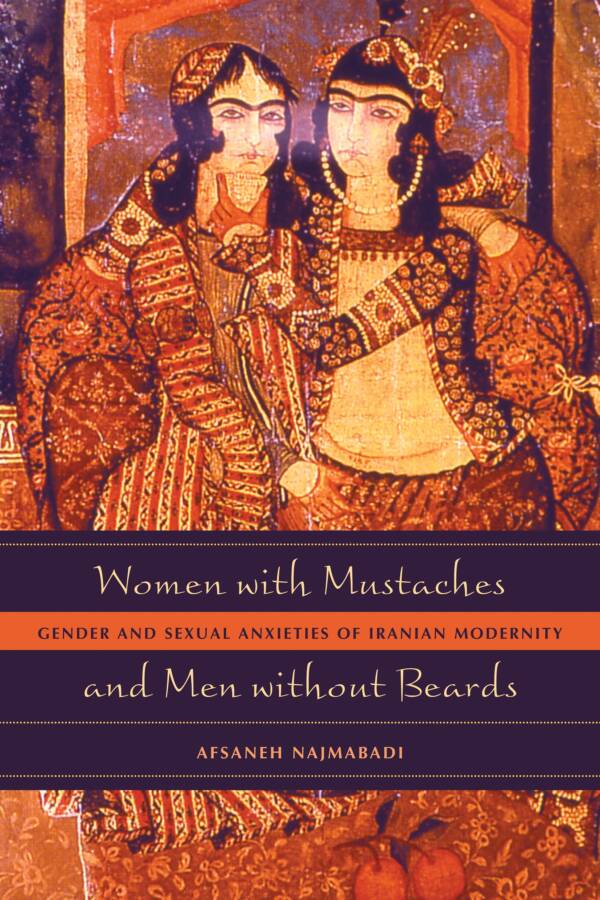 University of California PressThe Princes Qajar posts do have contain a seed of truth about Persian beauty, as explained by historian Afsaneh Najmabadi.

In her book, Najmabadi describes how men and women in 19th-century Persia ascribed to certain standards of beauty. Women prized their thick eyebrows and the hair above their lips, to such an extent that sometimes they painted them on with mascara.

Likewise, beardless men with “delicate” features were also considered to be highly attractive. Amrad, young men without beards, and nawkhatt, adolescents with their first patches of facial hair, embodied what Persians saw as beautiful.

These beauty standards, Najmabadi explained, started to change as Persians began to travel more and more to Europe. Then, they started to conform to European standards of beauty and leave their own behind.

As such, the viral posts about “Princess Qajar” aren’t wrong, exactly. The beauty standards in Persia were different than today, and the women depicted in these posts embodied them.

But they do oversimplify the truth and dramatize the fiction. There was no Princess Qajar — but there was Princess Fatemeh Khanum “Esmat al-Dowleh” and Princess Zahra Khanum “Taj al-Saltaneh.” And there were no 13 suitors.

Indeed, although these two women did embody the beauty standards of their time, they were also much, much more than their appearance. Esmat al-Dowleh was a proud daughter of a Shah who hosted his important guests; Taj al-Saltaneh was a woman ahead of her time who had powerful things to say about feminism and Persian society.

Viral posts like the “Princess Qajar” one may be amusing — and easy to share — but there’s much more here than meets the eye. And while it’s easy to scroll quickly through social media, sometimes it’s definitely worth seeking out the whole story.

After reading about Princess Qajar, dive into these true stories from Iranian history. Learn about Empress Farah Pahlavi, the “Jackie Kennedy” of the Middle East. Or, look through these photos from the Iranian revolution.