A Moon Elevator Is Both Inexpensive And Entirely Doable, Study Says

The lunar space elevator would dangle in orbit above Earth and be held taut by our planet's gravity. You'd reach the moon after a short spaceflight and transfer to vehicles that scale the cable. 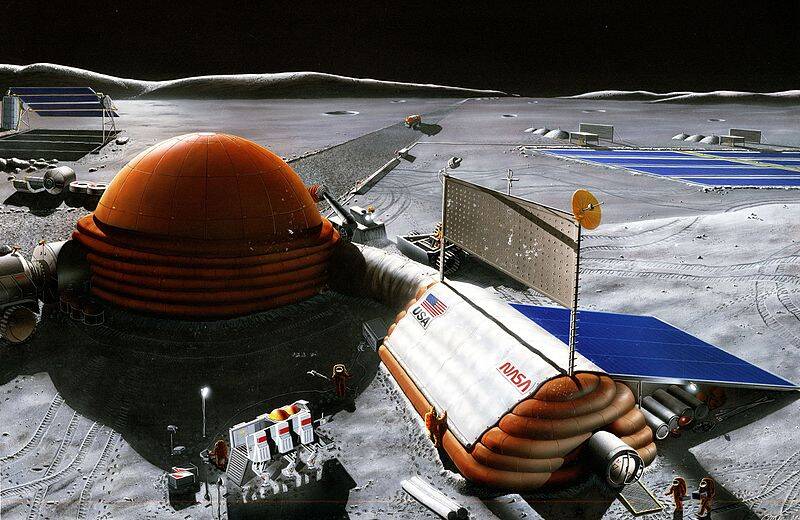 Wikimedia CommonsThe study claims a lunar space elevator would free scientists up to a whole new range of experimentation and research from a base camp on the moon.

When John F. Kennedy said the U.S. would land on the moon not because it was easy, but because it was hard, the country united in solidarity to do so. According to a new Columbia University study, building an elevator to the moon might be a much cheaper alternative to rocketry — and entirely within our reach.

Published on the online research archive arXiv, the study suggests a high-tech elevator fixed to the moon and dangling in orbit above Earth could easily transport both cargo and people. And according to NBC News, this “lunar space elevator” is no longer relegated to the realms of science-fiction.

“It shocks me how cheap it could be,” said study co-author Zephyr Penoyre, a graduate student in astronomy at the University of Cambridge. He added that bringing this concept to fruition “is within the whim of one particularly motivated billionaire.” 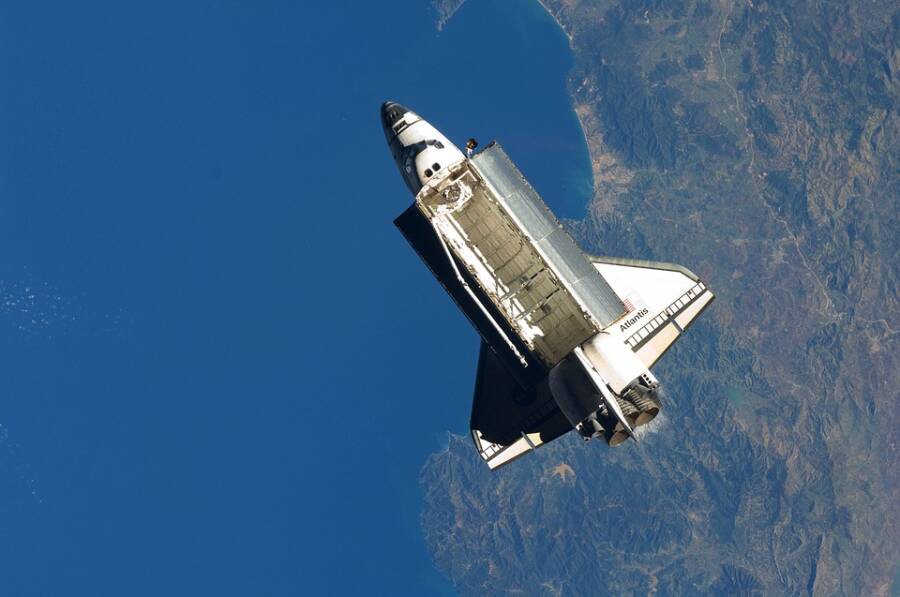 MaxPixelThe lunar space elevator would require people and cargo to fly above Earth’s orbit, at which point they would be transferred to solar-powered vehicles that would scale a cable to the moon’s surface.

The idea has been a daydream of spaceflight obsessives since at least 1895. Scientist Jerome Pearson detailed the concept of a lunar space elevator in 1977, while Russian engineer Yuri Artsutanov published a paper on it two years later.Arthur C. Clarke even toyed with the notion in his 1979 sci-fi novel The Fountains of Paradise.

What is remarkable, however, is that the collective vision has shifted from fringe theory or literary construct to a real possibility that we all could see and touch in our lifetimes.

But how exactly would it work?

Penoyre and Emily Sandford, the study’s co-author and a graduate student in astronomy at Columbia University, have dubbed their space elevator concept “Spaceline.” The main fixture would be a thin, 200,000-mile-long cable attached to the moon, ending above Earth’s surface at around 27,000 miles above sea level.

Reaching the dangling, 88,000-pound cable would require a short spaceflight. Conveniently, the Spaceline would be held taut by Earth’s gravity. Once voyagers reach it, they’d transfer to a solar-powered robotic vehicle that would scale the cable all the way to the moon.

Elon Musk says that space elevators wouldn’t make much sense — but not that they wouldn’t work.

Penoyre and Sandford estimate the would cost about $1 billion. A paper published by the American Institute of Aeronautics and Astronautics in 2018 gauged that a lunar space elevator could pay for itself within 53 trips of transporting materials to a station on the moon.

“A space elevator is like a railroad — you don’t build it unless you expect a lot of railroad traffic,” said physicist Marshall Eubanks of the satellite technology company Space Initiatives.

That traffic wouldn’t take too long to materialize. The moon is littered with highly valuable raw materials, from helium-3, which could be used in fusion reactors, to rare earth minerals like neodymium and gadolinium, which are used in medical scanners and cellphones.

Penoyre and Sandford suggested that a “base camp” on the moon could open up research and development in new areas, providing ideal conditions for enormous telescopes, particle accelerators, gravitational wave detectors, “and launch points for missions to the rest of the solar system.” 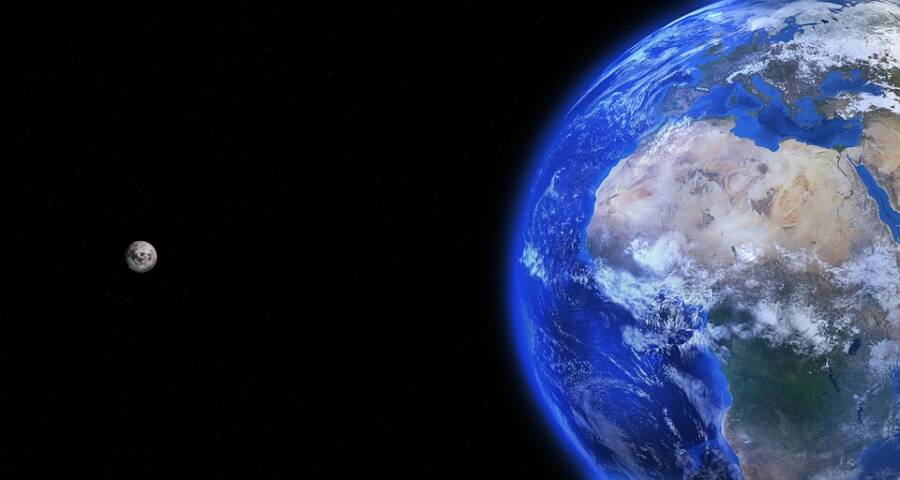 PixabayThe “Spaceline” cable would be weigh 88,000 pounds, which upcoming NASA and SpaceX spacecraft are capable of transporting.

All we need is the will to make it happen — but there doesn’t seem to be much pressure on that front. “One thing that’s frustrating is the lunar space elevator idea doesn’t have much traction, and yet it’s a feasible idea and economically a game-changer,” said Space Initiatives CEO Charles Radley.

Ultimately, there are potential risks to consider. Eubanks suggested that collisions with Earth-orbiting satellites could put the cable’s entire integrity in jeopardy, for instance. Others suggest placing the cable outside of Earth’s orbital space lanes would remove that threat.

In the end, construction on the Spaceline won’t be underway anytime soon. But maybe a billionaire keen on space travel will soon let us all reach for the stars.

After learning about the potential of a moon elevator making the transport of humans and cargo from Earth feasible and inexpensive, read about the theory that the Apollo 17 moon landing was a hoax. Then, learn about Voyager 1 and its more than 40 years in outer space.