The lead scientists of Voyager said, "This is an unparalleled journey, and we're still in the process of discovering what's out there." 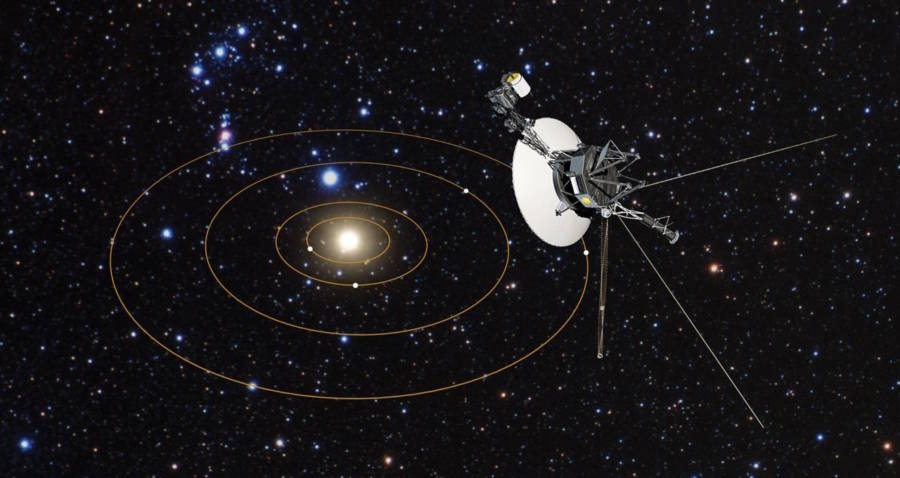 Forty years ago today, the Voyager 1 space probe left Earth for the stars, where it is now the farthest man-made object from Earth.

On September 5th, 1977 the Voyager 1 probe was fired into space, just a week after its twin, Voyager 2 had been launched. Their mission was to tour the solar system’s outer planets of Jupiter, Saturn, Uranus and Neptune. Voyager 1 was equipped with cameras and scientific instruments which it used to collect data on the planets and transmit it to Earth, which is now 12.9 billion miles away. 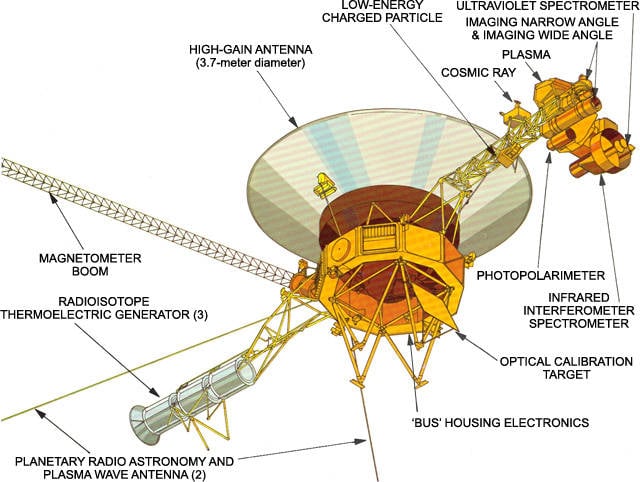 In an interview with Space.com, Ed Stone, one of the lead scientists of the Voyager project at NASA said, “When we launched, the Space Age itself was only 20 years old, so this is an unparalleled journey, and we’re still in the process of discovering what’s out there.”

Voyager 1 gave us some of the first up-close pictures of Jupiter and its moons, and witnessed the first active volcano observed outside of Earth, on Jupiter’s moon Io. It buzzed by Saturn, and transmitted important data on the planet, including the atmospheric composition of its moon Titan.

These important discoveries lead to a greater understanding of our solar system and contributed to future efforts to explore the outer planets, and Voyager 1’s data was invaluable in creating the Cassani, New Horizons, and Juno probes.

On February 14, 1990, Voyager 1 took the first photo of all the planets of our solar system from the opposite vantage point. It also took the photo of the “Pale Blue Dot,” an image of the Earth that Carl Sagan famously used to illustrate his view of humanity in the seminal documentary TV series Cosmos. 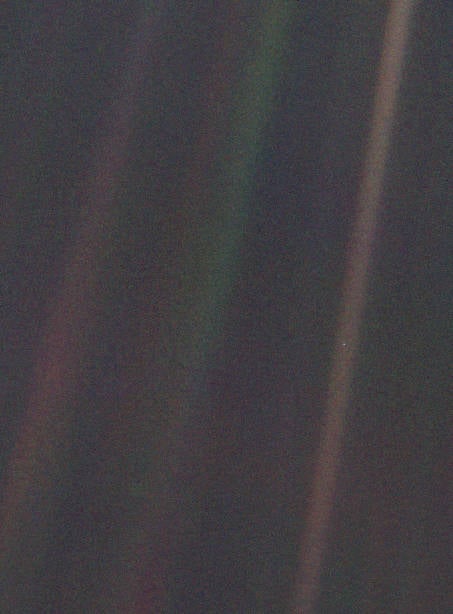 But perhaps most important of all that Voyager 1 has accomplished, is the information that it has provided scientists since leaving the solar system.

In On August 25, 2012, Voyager 1 broke out of the heliosphere, the bubble like region of space dominated by the Sun, and into interstellar space beyond our solar system. Though it was likely not the first manmade object to do so, as early-1970s space probes Pioneer 10 and 11 were projected to have already left the solar system, it was the first to do so while still remaining in contact with the Earth. 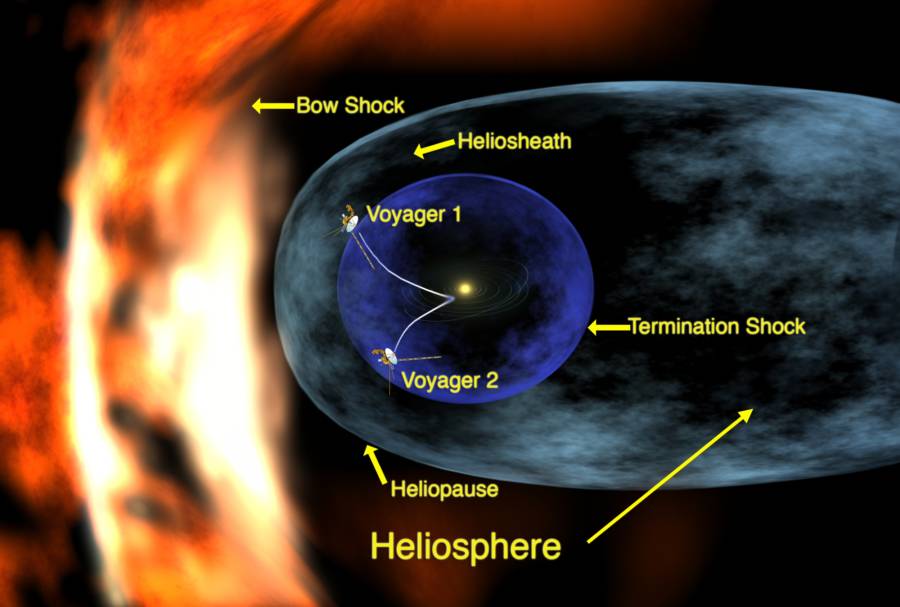 Voyager 1 has already sent back information describing how these solar and interstellar winds interact — knowledge that would be integral to designing a space craft for interstellar travel. Now, as it has travelled beyond any other manmade object before it, Voyager one is forging a new path through the cosmos for human discovery.

Aboard the probe is one of the two “Golden Records,” gold-plated audio-visual discs created by NASA as a time capsule of mankind, designed to explain our existence to far off creatures. 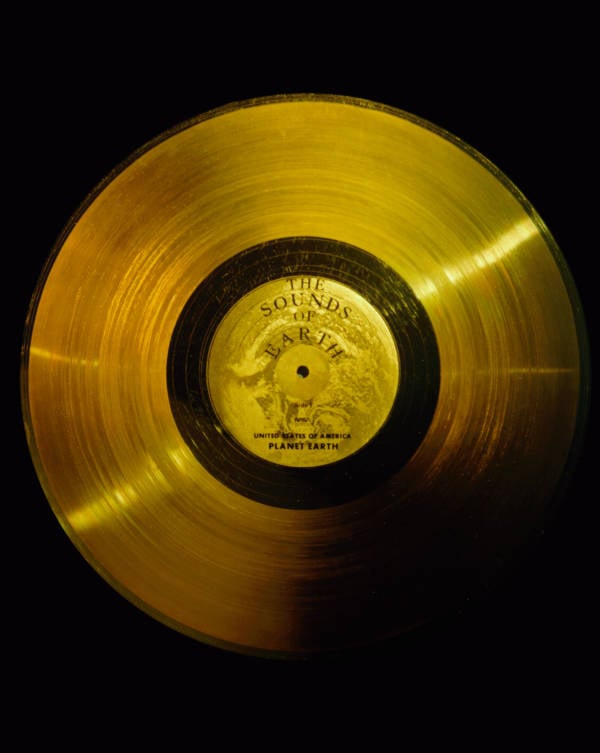 On the disc, are encoded the sights and sounds of Earth, including images of people doing daily tasks and recordings of traditional, classical and modern music.

It also contains a one hour recording of the brainwaves of Ann Druyan, the creative director of the Golden Records project.

You can read here about what exactly was inscribed on this record.

The other Golden Record was attached to the Voyager 2 probe, which took a detour to visit Uranus and Neptune, before heading on its trajectory out of the solar system.

Now, 40 years later, Voyager 1 still continues on its lonely journey, leaving behind the solar system where it was created, deeper into the reaches of interstellar space. Farther from us than anything else created by man, the probe continues to search into the dark, revealing the mysteries of this unexplored world.

In approximately the next three years, the Voyager 1’s capability to monitor the outside world and relay it back to Earth will slowly degrade, due to its power limitations. By 2020 the scientific instruments aboard the probe will begin to shut down, and by 2030, Voyager 1 will be unable to power any of its scientific instruments.

However until that date, the probe will continue to send new, important, and interesting data to us on Earth, data that will likely help to create a much more durable interstellar probe, and push forward the march of scientific knowledge. You can track the location of both Voyager probes on NASA’s website.

Next, remember the Space Shuttle Challenger Disaster that had its 25th anniversary last year. Then, check out these retro space travel posters released by NASA.