Why People Think The Moon Landing Was Faked 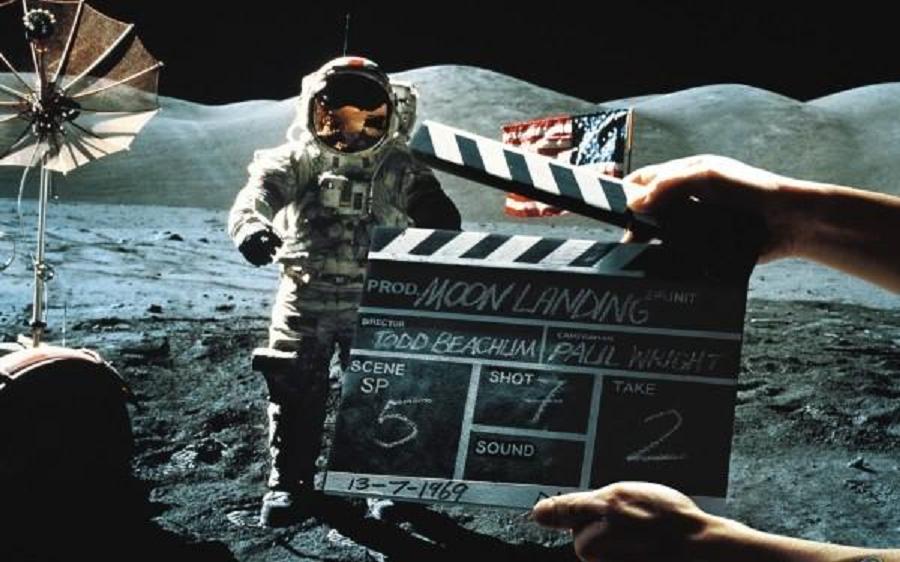 Yes, everyone believes the big lie — except for a few clever people who know the real truth. Those 10 million or so people who think they know what really happened tend the sacred flame of truth in coffeehouses, Internet chat forums, and private email lists that disseminate the facts nobody else will talk about.

Self-published books purporting to have been written by NASA engineers, whose names the authors say were deleted from government employment records and Ivy League attendance rolls alike, educate these people about the biggest government-perpetrated hoax in the years between the Roswell crash and global warming. These people, they say, can see through the lies our government tells, and they privately know a terrible truth.

The appeal of this kind of thinking is obvious. Not only does it make the conspiracy theorist much smarter than 99 percent of the world, it also makes him or her a hero for debunking pernicious government lies.

But psychologists studying conspiracy theories over the decades have deepened the picture. They have found that the biggest single predictor for whether a person believes that NASA faked the Moon landings is a preexisting belief in one or more other conspiracy theories, usually relating to JFK’s death, global warming, or UFOs.

In other words, these are largely the same people, and the specific conspiracy they believe largely owes to circumstance, rather than evidence. Apart from a willingness to accept extraordinary claims, researchers write that conspiracy believers often demonstrate the following traits:

Narcissism: Clinical narcissism refers to some people’s tendency to view the world strictly from their own perspective, rather than picturing it from others’ points of view.

We all do this to some extent, but typical conspiracy theorists see the world as an amalgam of evil authorities, gullible suckers who’ve bought the lie, and the chosen few who have it all figured out. That’s according to research done by Michael J. Wood et. al. of the University of Kent, who found that people with a lot of narcissistic traits and low self-esteem were particularly at-risk for conspiratorial thinking.

This is mainly a matter of temperament – people who call themselves politically liberal are more likely to believe in conspiracies involving “evil” corporations and “oppressive” police authorities, such as the various assassinations of the ’60s, while politically conservative theorists cultivate suspicion of scientific and political authorities, as is the case with denial of, say, global warming or evolution.

The Moon landing hoax is special in that it appeals to both sides: Liberals see the evil of the Cold War politics and defense contractors, while conservatives see the rottenness of the government and the lies of the NASA rocket scientists.

Tribalism: Most people who eventually accept fringe beliefs do so because someone they trust talked them into it. Having rejected established authorities, potential conspiracy believers form an attachment to non-establishment “experts” whose authority goes unquestioned. The sense of community that exists between people who carry a forbidden truth with them is enormous, and the sense that the world is against them only strengthens this connection.

According to the University of Kent’s study, conspiracy theories form a belief system all their own, which are self-contained and very hard to break into. From the paper:

This kind of close reasoning acts as a kind of immune system for conspiratorial belief systems. No matter what evidence is brought, and the evidence for the success of the Moon landings is immense, theorists can either ignore it or twist it into “proof” that the conspiracy is real.

Eventually, the conspiracy theorist has to believe in such a complicated nest of mutually contradicting “facts” that the simpler explanation is just that we went to the Moon, but that conclusion must be rejected for emotional reasons that have nothing to do with reality.

Add to this a strong Dunning-Kruger Effect, in which people with defective thinking habits are by definition the least able to spot where their thinking has gone wrong, and you have all of the necessary elements for an irrational belief that can last a lifetime.