What Happened To Morgan Geyser, The Girl Who Tried To Murder Her Friend Because Of Slender Man?

Determined to become a "proxy" of the fictional Slender Man, 12-year-old Morgan Geyser brutally stabbed her friend Payton Leutner in the Wisconsin woods — and nearly killed her.

On a spring day in 2014, 12-year-old Morgan Geyser led her two friends, Anissa Weier and Payton Leutner, into the woods of Waukesha, Wisconsin. Then, during a game of hide-and-seek, Geyser and Weier suddenly attacked Leutner. As Weier watched, Geyser stabbed her 19 times.

As the so-called “Slenderman Girls” later explained, they’d decided to kill Leutner to satisfy their obsession with Slender Man, an internet myth. But while they told conflicting stories about who came up with the idea to kill Leutner (who survived), detectives suspected Geyser of being the mastermind behind the attack.

So how did Morgan Geyser decide to kill her own friend?

How Morgan Geyser Planned A Murder 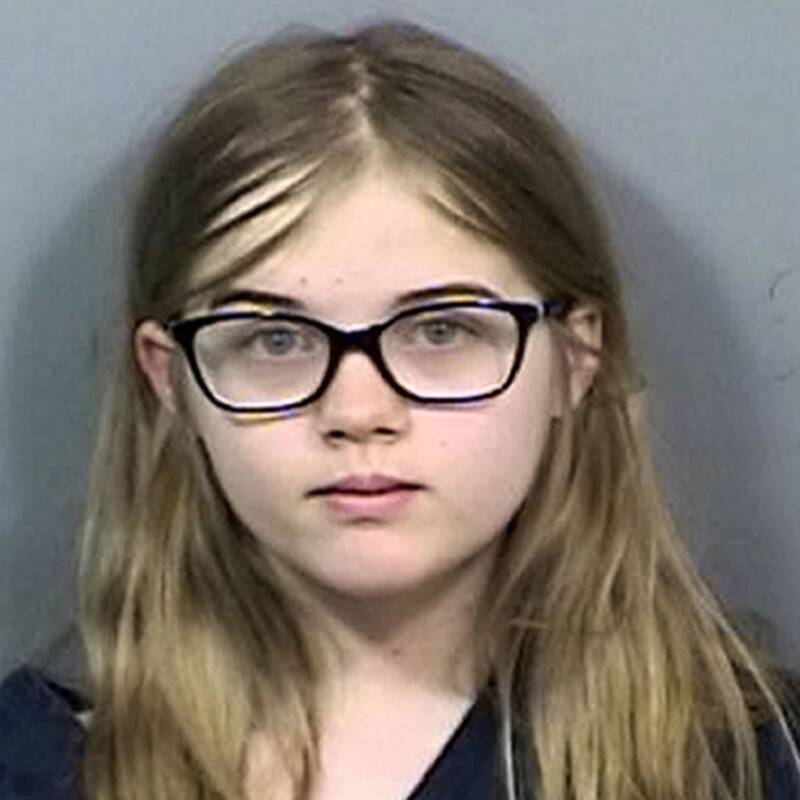 Waukesha Police DepartmentMorgan Geyser was just 12 when she tried to orchestrate the murder of her friend.

Born on May 16, 2002, Morgan Geyser showed a lack of empathy from a young age. According to USA Today, her parents were surprised by her reaction when she saw the movie Bambi for the first time.

“We were so worried to watch it with her because we thought she was gonna be so upset when the mother died,” Geyser’s mother recalled. “But the mother died and Morgan just said, ‘Run, Bambi run. Get out of there. Save yourself.’ She wasn’t sad about it.”

Still, Geyser gave little indication that she’d someday indulge in any violent fantasies. She was quiet and creative, qualities that drew her future victim, Payton Leutner, to her when they met in the fourth grade.

“She was sitting all by herself and I didn’t think anyone should have to sit by themselves,” Leutner told 20/20 of meeting her would-be murderer. 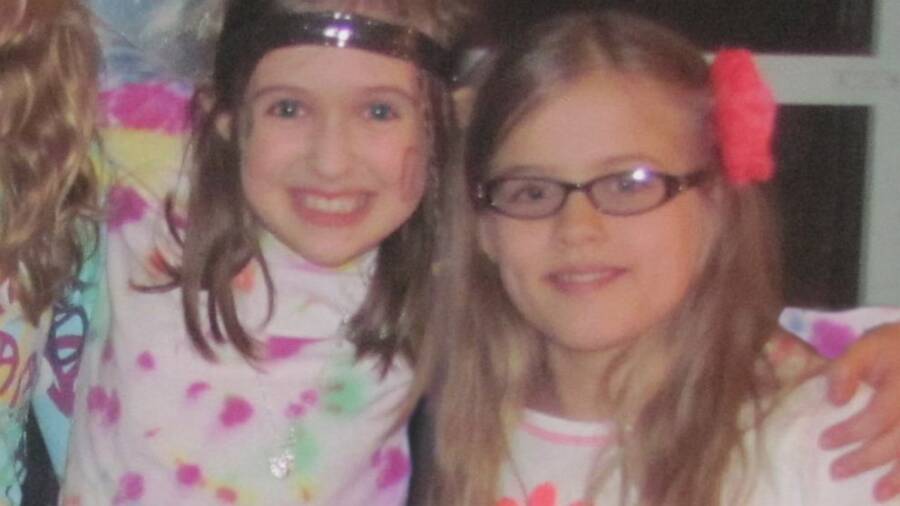 The Leutner FamilyPayton Leutner and Morgan Geyser became friends in the fourth grade.

The two girls instantly hit it off. Geyser later described Leutner to police as “my only friend for a long time.” And Leutner remembered Geyser as her best friend, telling 20/20: “She was funny… She had a lot of jokes to tell… She was great at drawing and her imagination always kept things fun.”

But Leutner remembered that things went “downhill” in the sixth grade when Morgan Geyser befriended a classmate named Anissa Weier. Geyser and Weier developed an obsession with Slender Man, a fictional creature with a featureless face and tentacles that had become the star of internet memes and creepypasta tales. Leutner didn’t share their enthusiasm.

Leutner also didn’t like Weier and saw her as cruel and jealous. But while Leutner thought about ending her friendship with Geyser, she decided to stick around. Everyone, she thought, deserves a friend.

Meanwhile, Morgan Geyser and Anissa Weier had begun to plot her murder. Their obsession with Slender Man went deeper than anyone realized.

The Attempted Murder Of Payton Leutner 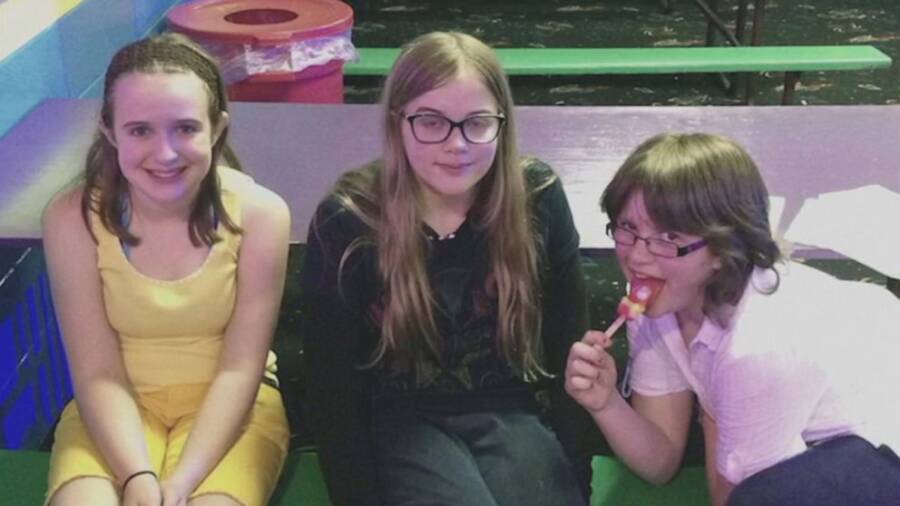 Though Payton Leutner didn’t know it, Morgan Geyser and Anissa Weier plotted her murder for months. Weier later told police that they “whispered” about it in public, and used code words like “cracker” while talking about using a knife and “itch” while discussing the actual killing.

Their motive revolved around Slender Man. They thought that they would “appease” him by killing Leutner and that he would let them live at his house, which Geyser claimed was located in the Nicolet National Forest. And if they didn’t kill Leutner, the girls allegedly feared he would kill their families.

So, on May 30, 2014, Morgan Geyser and Anissa Weier decided to put their plan into action. They plotted to kill Leutner during what should have been an innocent, fun-filled occasion: a slumber party for Geyser’s 12th birthday.

As Geyser and Weier later told police, they had multiple ideas about how to kill Leutner. According to ABC News, they thought about duct-taping her mouth during the night and stabbing her in the neck, but they were too tired after a day of roller-skating. The next morning, they plotted to kill her in a nearby park bathroom instead, where her blood could go down the drain.

At the park bathroom, Weier tried to knock Leutner’s head against the concrete wall in an attempt to knock her out. “From what I read on the computer, it’s easier to kill people when they’re either asleep or unconscious, and it’s also easier if you do not look them in the eyes,” she later told police. “I kind of… banged her head up against the concrete.”

Geyser remembered things the same way, noting during her interrogation: “Anissa tried to knock Bella [her nickname for Leutner] out. Bella got all mad and stuff and I was pacing in circles.” 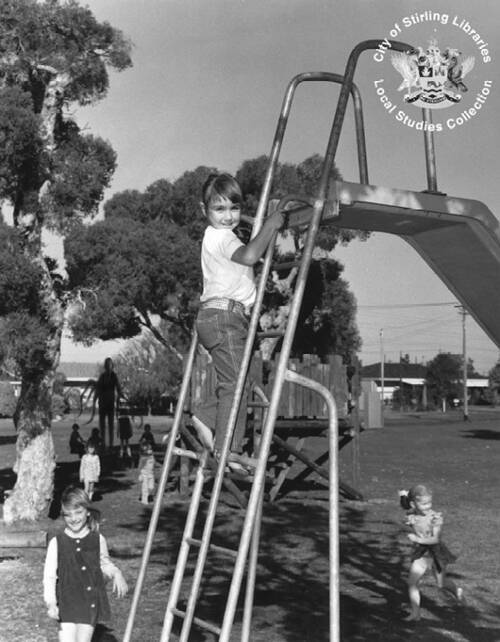 Eric Knudsen/DeviantArtSlender Man, photoshopped in the background of this image, started out as a mere legend on the comedy website Something Awful — until he drove Morgan Geyser and Anissa Weier to attempt a murder.

Instead, Geyser and Weier decided that they’d kill Leutner in the woods. The unsuspecting Leutner followed them into the forest, where she obeyed Weier’s instructions to lay down and cover herself with leaves, thinking that it was all part of their innocent game of hide-and-seek.

“We led her there and tricked her,” Morgan Geyser told the police. “People who trust you become very gullible, and it was sort of sad.”

When police asked what happened next, Geyser responded: “I already told you… Stab, stab, stab, stab, stab.” She added: “It was weird. I felt no remorse. I thought I would… I actually felt nothing.”

As Weier looked on, Geyser stabbed her friend 19 times, slicing through her arms, legs, and torso. She hit two major organs — the liver and the stomach — and nearly stabbed Leutner in the heart as well.

“The last thing she said to me was, ‘I trusted you,'” Morgan Geyser told police. “Then she said that ‘I hate you,’ and then we lied to her. Anissa said that she’d go get help.” But of course, that didn’t happen.

Instead, Geyser and Weier left Payton Leutner bleeding alone in the woods. With a backpack full of supplies, and having fulfilled their grisly mission, they were determined to go and find Slender Man to become his “proxies.”

Where Is Morgan Geyser Today? 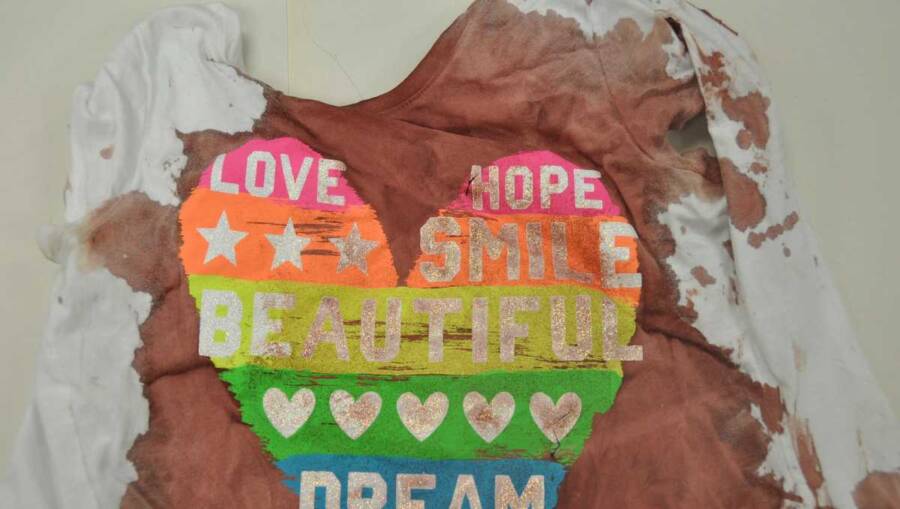 Following the so-called Slender Man stabbing, Morgan Geyser and Anissa Weier hit the road. They left Payton Leutner to die in the forest, but she managed to crawl out of the woods and flag down a cyclist for help.

At the hospital, doctors saved Leutner’s life. “I remember the first thing that I thought after I woke up was like, ‘Did they get them?'” she told 20/20. “‘Are they there? Are they in custody? Are they still out?'”

In fact, the police already had Geyser and Weier in custody. They’d caught up to the girls near the I-94 freeway while Leutner was still in surgery. Brought to the police station, both girls swiftly confessed their crime.

“Is she dead?… I was just wondering,” Morgan Geyser said, leaving police with the impression that she didn’t really care if Leutner had lived or died after the attack. “I might as well just say it. We were trying to kill her.”

But while Geyser said that Weier had insisted that they needed to kill her to please Slender Man, Weier claimed that the murder had been Geyser’s idea. She claimed that Geyser had said, “We have to kill Bella.”

Ultimately, police began to suspect that Morgan Geyser had been the mastermind behind the attack. Detective Tom Casey told ABC: “There was a lot of deception in Morgan’s interview.” And Detective Michelle Trussoni seconded him, noting that there was a “clear sense of who the ringleader — who was driving this — was between the two girls. It was definitely Morgan.” 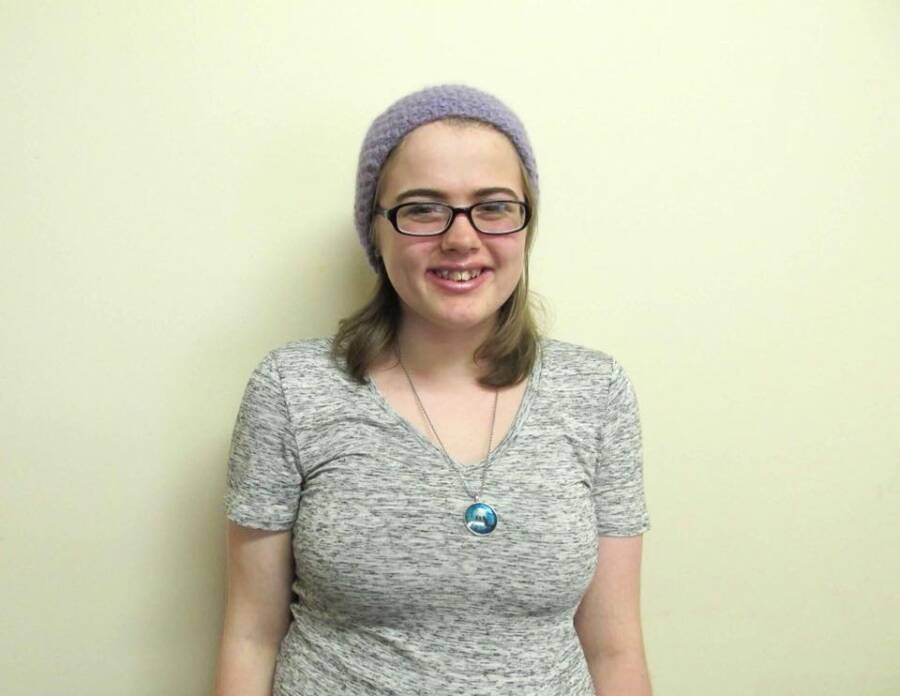 In Morgan Geyser’s bedroom, police found drawings of Slender Man and mutilated dolls. They also found internet searches on her computer like “how to get away with murder,” and “what kind of insane am [I]?”

Both of the “Slenderman Girls” were arrested and charged with attempted first-degree intentional homicide.

Weier later pleaded guilty to a lesser charge and was found not guilty by reason of mental disease or defect. She was sentenced to 25 years in a mental health institution, but she was released in 2021. In a conditional release, Weier is required to live with her father, receive psychiatric treatment, and agree to GPS monitoring and limited internet access.

However, Geyser’s sentencing went a bit differently. She also pleaded guilty, though to the original charge, and was also found not guilty by reason of mental disease or defect. But Geyser was handed a sentence of 40 years in Winnebago Mental Health Institute, near Oshkosh, Wisconsin. She remains there to this day and is expected to stay for the foreseeable future.

“It’s a long time,” the judge said, according to The New York Times. “But this is an issue of community protection.”

While in custody, Geyser was diagnosed with early-onset schizophrenia (Geyser’s father also suffered from schizophrenia) and continued to hear voices in the months leading up to her trial. Geyser reportedly also claimed that she could communicate telepathically with fictional characters like Harry Potter and Teenage Mutant Ninja Turtles.

At her sentencing, Geyser apologized for what she’d done. “I just want to let Bella and her family know I’m sorry,” she said, according to The New York Times. “I never meant this to happen. And I hope that she’s doing well.”

Payton Leutner is doing well. In a public interview in 2019, with 20/20, she expressed optimism and gratitude and discussed her plans to start college. Morgan Geyser, on the other hand, will likely spend the next several years confined to a hospital. Hopefully, she can get the help she needs.

After reading about Morgan Geyser and the Slender Man stabbing, learn about the creepy — and unsolved — Delphi murders of two young teenage girls. Or, go inside the gruesome murder of eight-year-old April Tinsley.