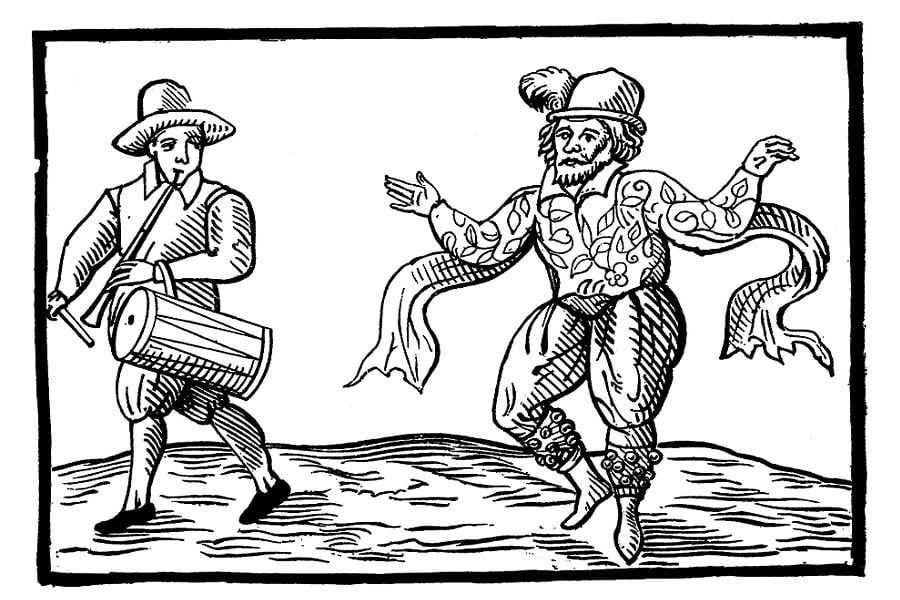 But given changing sensibilities and sensitivities, activists have now indeed made explicit connections between Morris dancing and American minstrelsy.

Jonathan Hyams of FRESh — which, according to their website, sets out to: “promote equality, diversity and the elimination of unfair treatment and discrimination within and beyond Shropshire” — claims to have been contacted by a member of the general public, who then allegedly lodged an anonymous complaint about the dancers at the August 2016 Shrewsbury Folk Festival.

After a brief exchange, the Festival bosses agreed not to book dancers in blackface going forward. FRESh congratulated the festival organizers for their “sensitivity to a changed social climate,” and declined to respond to inquiries as to what that means.

That “changed social climate” has dancers reacting in different ways. Some groups have just stopped wearing face paint and now perform the same border dances as if the tradition had never existed.

Other troupes, such as Boggart’s Breakfast, have switched to blue-and-white paint in an effort not to offend the people who may theoretically be offended by a “racist” tradition that was generations old when Christopher Columbus was a kid. According to one folk dancer, who goes by the name of FiddlerNick, his own group switched to black-and-green for this reason, and it still got complaints.

Ironically, it was allegedly this kind of opposition to Morris dancing that motivated the original performers to put on the black makeup in the first place.

Next, check out some colorful cultural traditions that 21st century sensibilities have yet to ban.