According to Paleontologists, This Was The Most Dangerous Place In Earth’s History

Welcome to a land before time where experts say, "a human time-traveler would not last very long." 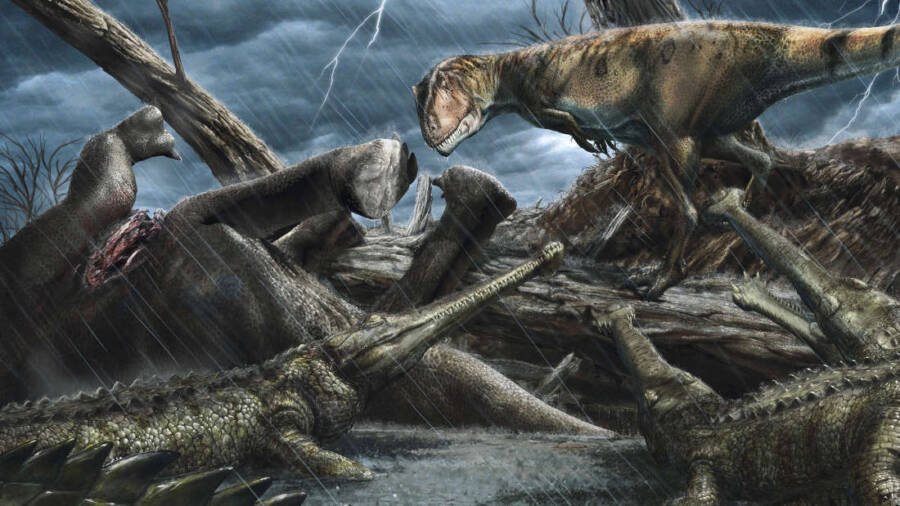 Davide BonadonnaThe toothy Carcharodontosaurus stalking the Sahara as the crocodile-like Elosuchus roam around for a fresh kill.

A group of international paleontologists claims to have discovered the most dangerous time and place on the planet. Based on their exhaustive research, the one place you wouldn’t want to visit was the Sahara — 100 million years ago.

According to CNET, Dr. Nizar Ibrahim of the University of Detroit Mercy led the study and explained that “a human time-traveler would not last very long” in the area. With colossal reptiles swooping through the skies and gigantic crocodile-like beasts roaming the landscape, his point is well taken.

Published in ZooKeys, the team said it was the “most comprehensive piece of work on fossil vertebrates from the Sahara in almost a century.” The research included decades’ worth of fossil records from museums around the world and expedition notes on Africa’s Kem Kem Formation.

According to IFL Science, the Kem Kem Formation is an assortment of Cretaceous rock formations in Morocco. The answers mined from them were described by the University of Portsmouth as “the first detailed and fully illustrated account of the fossil-rich escarpment.” 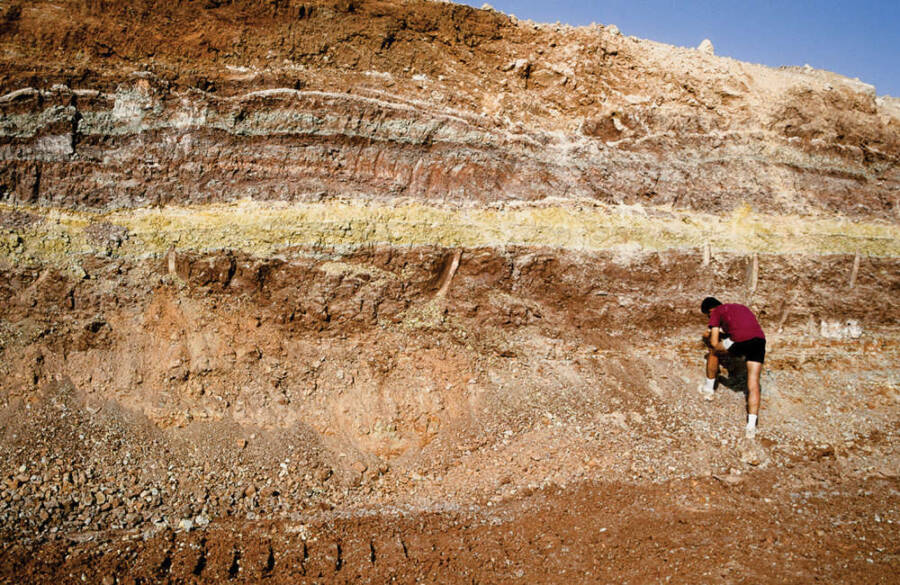 In terms of company, a time-traveler would be met by three of the largest predatory dinosaurs on record. The saber-toothed Carcharodontosaurus had teeth up to eight inches long and measured around 26 feet. The Deltadromeus — a member of the velociraptor family — was just as long.

Of course, another hurdle would be surviving the enormous reptiles (pterosaurs) flying overhead, the crocodile-like hunters scurrying about, and terrifying aquatic threats lurking in the vast river systems.

Professor David Martill of the University of Portsmouth explained there was an abundant supply of the latter. “This place was filled with absolutely enormous fish, including giant coelacanths and lungfish,” he said.

ZooKeysThe Serenoichthys kemkemensis is just one of countless fish that once lurked in the Saharan waters. This fossil was discovered in the Douira Formation in 1999.

“The coelacanth, for example, is probably four or even five times larger than today’s coelacanth. There is an enormous freshwater saw shark called Onchopristis with the most fearsome of rostral teeth, they are like barbed daggers, but beautifully shiny.”

The Kem Kem Formation contains an unusually high amount of fossils of large carnivores and paints a clearer picture of Africa’s diversity than any other spot on the continent.

From the aquatic and aerial threats described above to turtles, fish, and even plants — the Kem Kem Formation is a virtual goldmine for experts like Dr. Ibrahim.

According to Eureka Alert, it’s comprised of two distinct formations known as the Gara Sbaa and the Douira, it’s also called the Kem Kem Group, or the Kem Kem Beds. 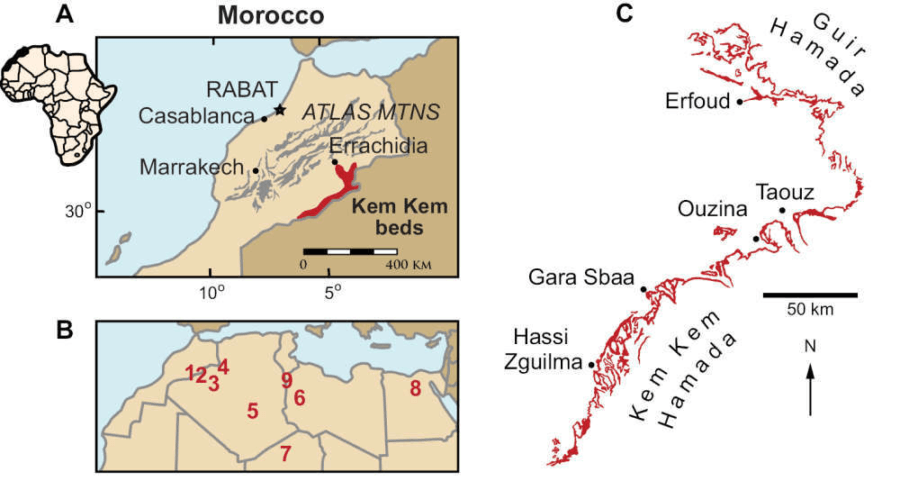 As conveyed in the remarkable study itself, this enlightening chunk of prehistoric rock essentially “provides a window into Africa’s Age of Dinosaurs.” More importantly, of course, it clarifies just how impossible it would’ve been for anyone to survive that place and period in time.

In terms of academia, it’s fascinating to note that this has been the first substantial piece of research on fossil vertebrates in the Saraha since 1936 — when the famous German paleontologist, Ernst Freiherr Stromer von Reichenbach, published his study.

Hopefully, the next gap in thorough analysis of these incredible fossils will be shorter than the last one.