The Mountain Meadows Massacre has been described by historians as "the most hideous example of the human cost exacted by religious fanaticism in American history until 9/11."

There were 120 settlers camped in southern Utah on September 7, 1857, the day the Mountain Meadows Massacre began. Most of them were en route from Arkansas to California and were assured by a friendly Mormon leader that this spot in the Mountain Meadows of Utah would be a safe space for them to rest.

But not a single one of them would make it out of that field alive. Within five days, women and children alike would be slaughtered. Only a handful had been awake when the gunfire began, but the settlers acted fast. 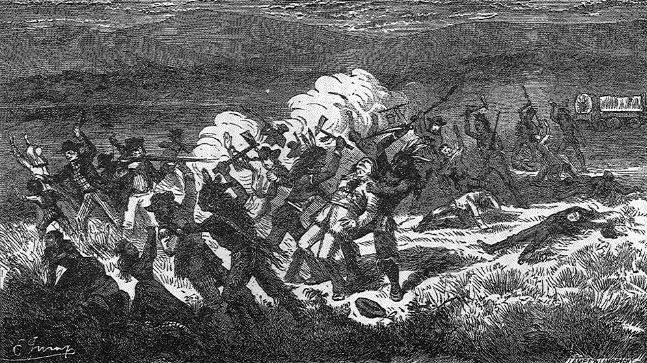 They arranged their wagons into a protective circle against the onslaught that would go on for five days. Their attackers appeared to be Native Americans, all with painted faces. But even amidst all of that chaos, a few of those doomed settlers got a good look at the men trying to kill them: they weren’t hostile Native Americans, they were white men. 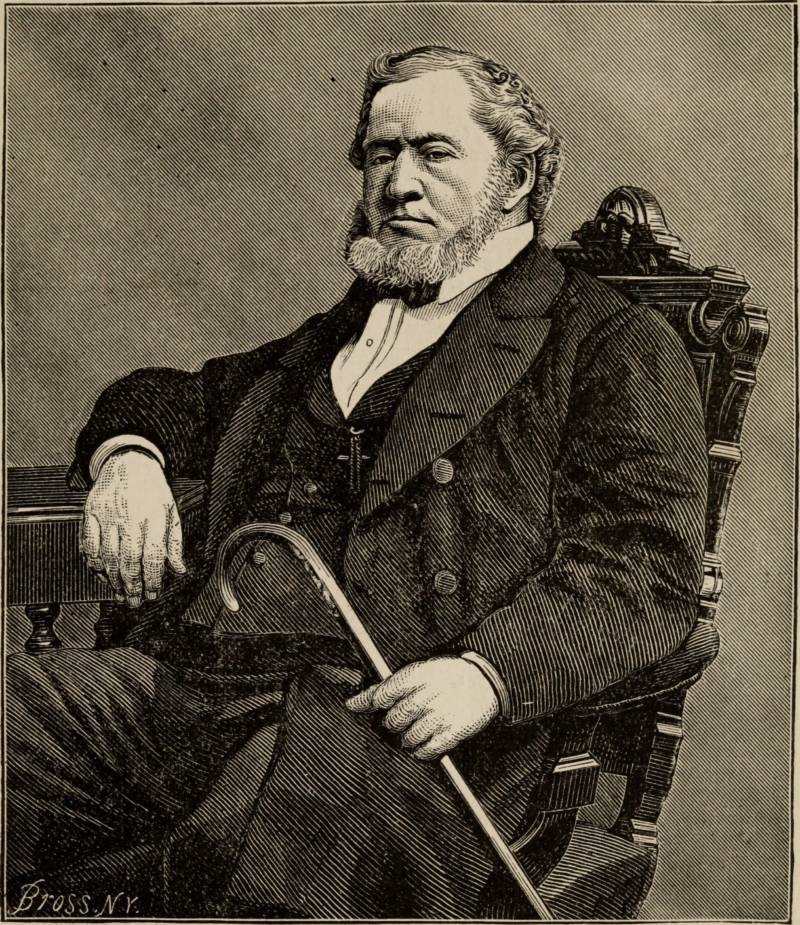 Wikimedia CommonsBrigham Young, President of the Church of Jesus Christ of Latter-day Saints, as drawn in 1879 by George A. Crofutt.

In 1857, when the Mountain Meadows massacre occurred, Utah and the United States were on the brink of war.

Utah had only been an American territory for seven years. Before then, it had been a part of Mexico although, in practice, it was ruled by the Church of Jesus Christ of Latter-day Saints and their President Brigham Young.

To the American government, Young appeared to be a religious dictator of a theocratic state and Young’s power over his people made them nervous.

The Mormons of Utah were convinced it would just be a matter of time before the U.S. invaded them on the grounds of religious persecution. Thus, when President Buchanan announced that he planned to move national troops into Utah to monitor the Mormons, the Mormons saw this as a hostile invasion.

Brigham Young urged every Mormon to resist the American military. He declared that: “I will fight them and I will fight all hell!”

The Church had been tense against the federal government ever since the murder of their founder and Mormon prophet, Joseph Smith, at the hands of an Illinois lynch mob in 1844. Young subsequently led his people in an Oath of Vengeance and asked them to swear that:

“You and each of you do covenant and promise that you will pray and never cease to pray to Almighty God to avenge the blood of the prophets upon this nation.”

Indeed, by the time of the Mountain Meadows Massacre, the Mormons were ready for war. 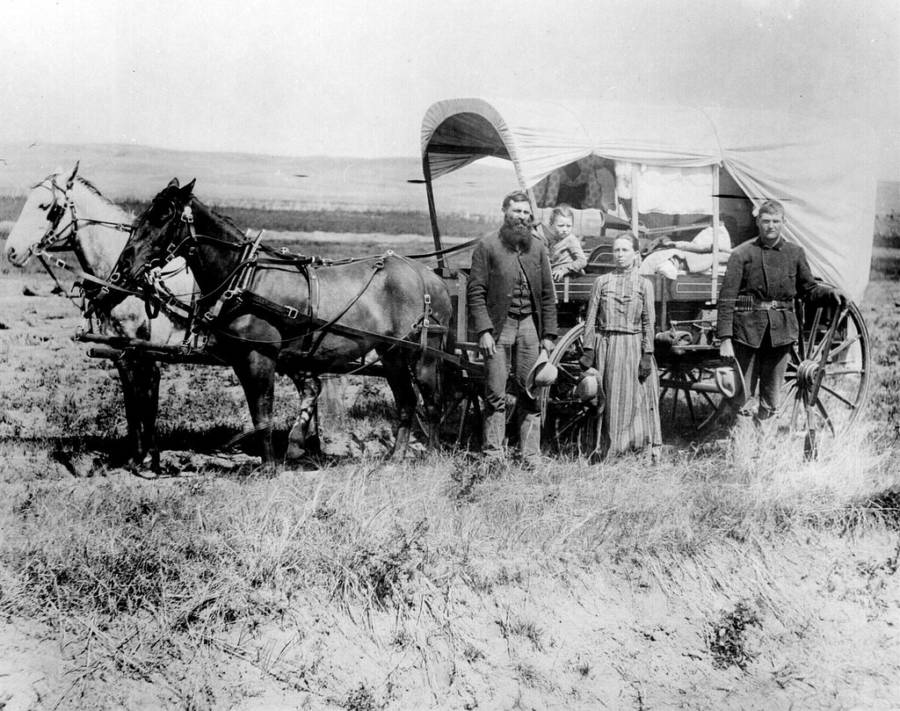 Marion Doss/FlickrA covered wagon — like the ones used by the Baker-Fancher Party — photographed during the Great Western Migration, 1886 in Loup Valley, Nebraska.

Meanwhile, a group of families from Arkansas headed out west to California.

They were called the Baker-Fancher Party, a group of some 140 men, women, and children. Some were chasing the gold rush, some were visiting family, and some were hoping to set up ranches. But not one of them expected to do anymore in Utah other than restock at Salt Lake City and pass through.

Paranoia was so thick in Utah in 1857 that the Mormons there refused to give the party food.

At the same time, Mormon surveyor and Indian agent John D. Lee, together with Mormon apostle George A. Smith, met with the Paiute Native Americans and warned them against the settlers passing through. The two Mormon men told the Native Americans that these settlers were dangerous and a threat to the Mormons and Native tribes alike.

Mormons then were urged to “shore up alliances with local Indians,” while Lee convinced the Baker-Fancher party that a large group of Paiutes “in their war paint, and fully equipped for battle” were near.

Isaac C. Haight, a leader of several Mormon congregations and mayor of Cedar City, allegedly ordered Lee “to send other Indians on the war-path to help them kill the emigrants.” Together, Haight and Lee armed the Paiutes and thought they had thus covered their tracks in the oncoming slaughter. 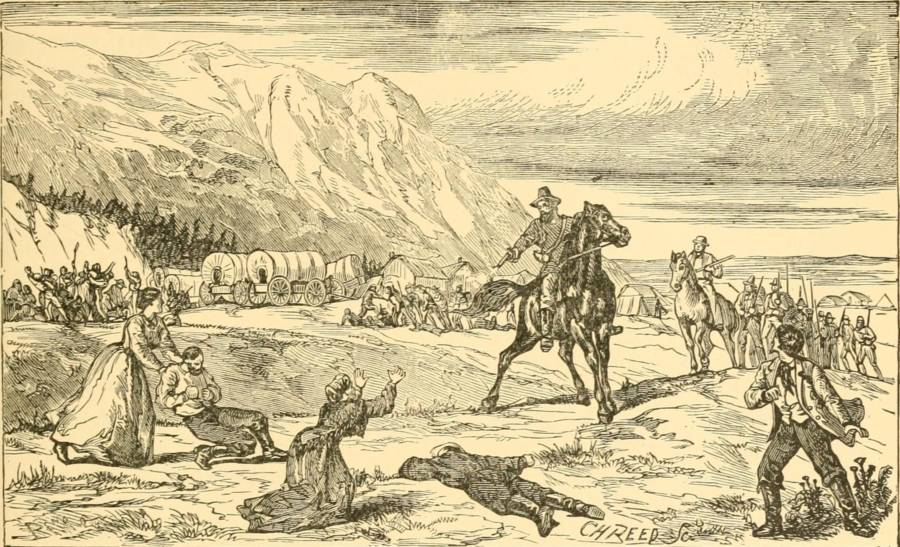 Wikimedia CommonsThe Mountain Meadows Massacre of women and children, as drawn by Henry Davenport Northrop in 1900.

On September 7, 1857, Paiutes and some Mormons dressed as Paiutes first attacked. The fight lasted five days and the Baker-Fancher party began to run out of ammunition, water, and food. By September 11, the Mormons feared that the settlers had realized their identities. Two militiamen, their faces washed clean of paint and plain clothes on their bodies, approached the wagons with a white flag. John D. Lee himself marched with them.

They were a rescue party, Lee told the settlers, here to save them from the vicious Paiutes they claimed were behind the attack. They said that they had negotiated a truce and persuaded the natives to let them escort them to safety in Cedar City.

The Baker-Fancher Party fell for it. The settlers were separated into three groups of men, women, and children. The men were almost immediately shot at point-blank range. The women and children were also met with bullets. The Mormons “decoyed out and destroyed with the exception of the small children” who were “too young to tell tales,” and subsequently left no settlers over the age of seven. These 17 surviving children were doled out amongst locals along with their possessions.

A woman in Cedar City would later recall the sight of those 17 children as they were dragged into town and forced into new homes:

“Two of the children [were] cruelly mangled and the most of them with their parents’ blood still wet upon their clothes, and all of them shrieking with terror and grief and anguish.”

The militia hastily buried the dead. Every man present was sworn never to tell a soul.

The Mormons Blame The Mountain Meadows Massacre On The Paiutes 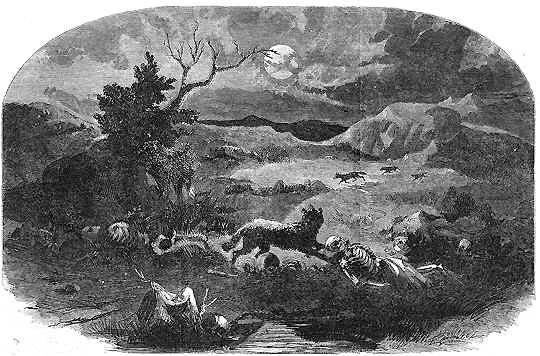 Wikimedia CommonsThe site of the Mountain Meadows Massacre, where nothing but bones remain, as drawn for Harpers Weekly on August 13, 1859.

The war the Mormons had so feared between the U.S. troops never did happen. When the federal troops entered Utah in 1858 led by Major James Carleton, there was no eruption of violence. But there was suspicion on behalf of the troops, who found the bones of children littered in the Mountain Meadows.

Lee himself had told Young that the Paiutes were to blame for the massacre, though the U.S. troops and Major Carleton didn’t buy it. The Major sent word back to the Congress that the Mormons were responsible for the bloodshed of some 120 men, women, and children. Young responded to the accusation by martyring Lee.

Lee was convicted and sentenced to death by firing squad in 1877. “It is my fate to die for what I did,” Lee said, moments before he faced the firing squad, “but I go to my death with a certainty that it cannot be worse than my life has been for the last nineteen years.”

The Mountain Meadows Massacre has since been described by historians as “the most hideous example of the human cost exacted by religious fanaticism in American history until 9/11.” 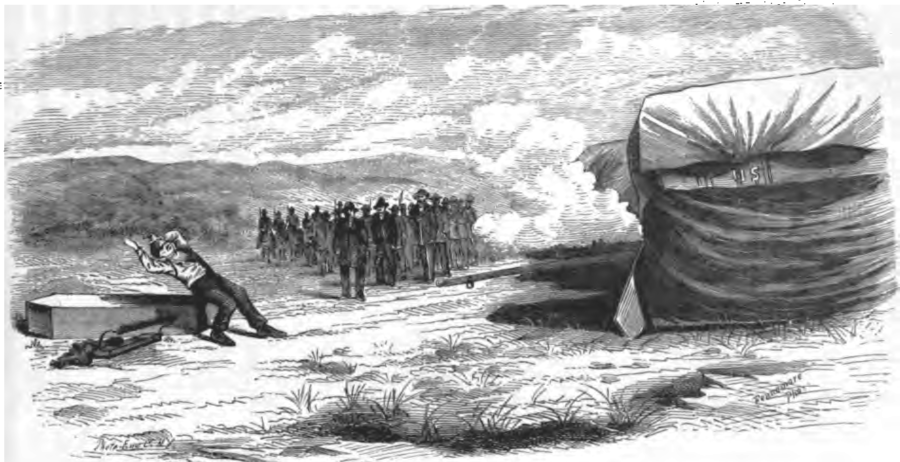 Major Carleton ensured that those killed in the Meadow Mountains Massacre were given a proper burial. Then, in the place where they had been killed, he erected a monument. On it was written: “Vengeance is mine: I will repay, saith the Lord.”

After this look at the Mountain Meadows Massacre, check out the strange world of Mormonism and polygamy. Then, read up on some more dark Mormon history.