Researchers think the Inca sacrificed these llamas as a way of bonding with the people living in their newly-conquered territory. 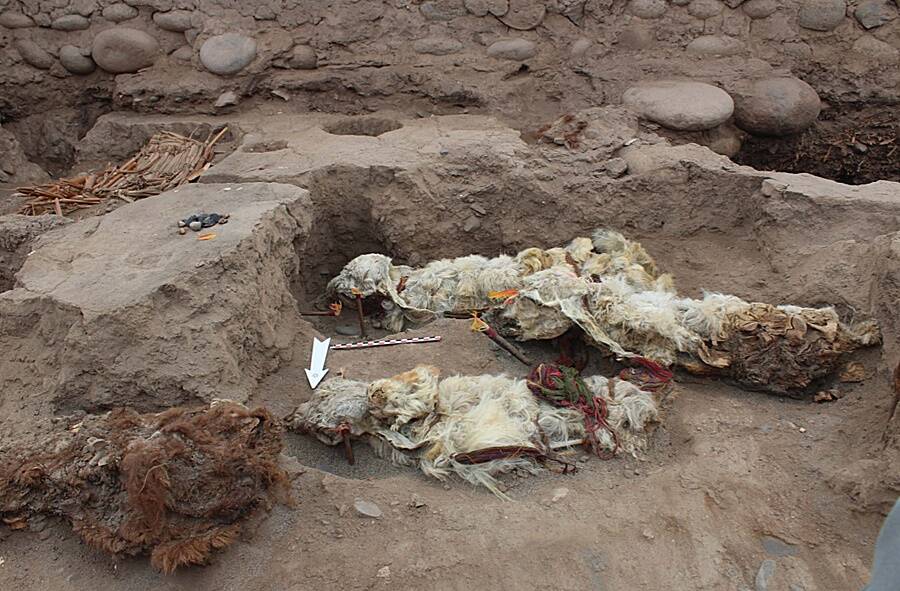 Archaeologists have long known about the common practice in ancient Incan culture to use human sacrifices as offerings to the gods. But it wasn’t until recently that they’d ever found a mummified llama sacrifice — let alone four of them.

According to the Guardian, a team of researchers led by archaeologist Lidio Valdez from the University of Calgary unearthed the mummified remains of four llamas during the excavation of Tambo Viejo, once an important administrative hub for the Incas.

The fur on the llama remains had matted together but still appeared relatively fluffy, highlighting how well-preserved the naturally mummified animals were. Their bodies were decorated in colorful strings and bracelets and are estimated to have been interred between 1432 and 1459.

The study noted that researchers could not identify any cuts or wounds on the llama bodies, suggesting that the animals may have been buried alive.

“Historical records indicate animal sacrifices were important to the Inca, who used them as special offerings to supernatural deities,” said Valdez, who uncovered the llama sacrifices with a team of archaeologists from San Cristóbal of Huamanga University. “This was especially the case of llamas, regarded second only to humans in sacrificial value.” 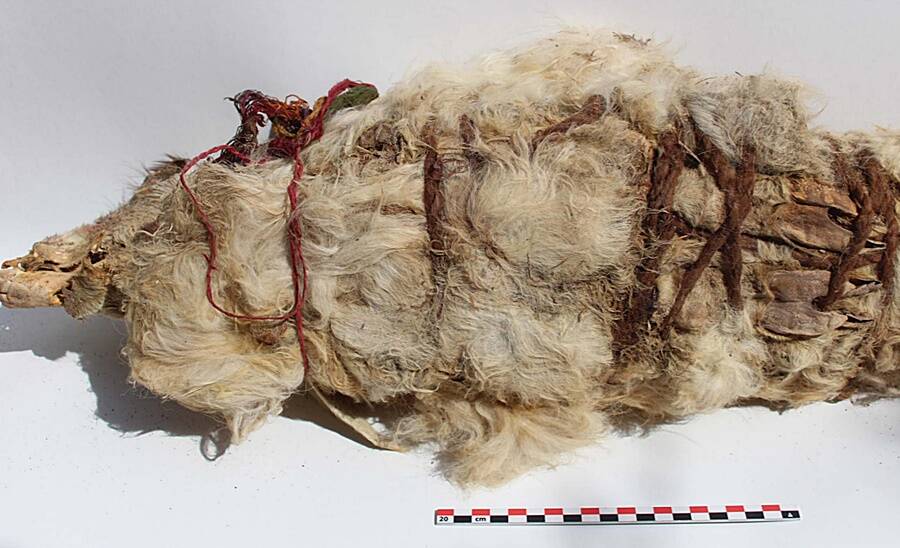 L.M. ValdezThe llamas were likely sacrificed 500 years ago during a celebratory feast.

In addition to the four sacrificial llamas that were found, another decayed llama corpse was discovered seperately, indicating there may have been an attempt to loot the burial, which was decorated with feathers from tropical birds. Archaeologists also found the carcasses of decorated guinea pigs at the site.

Further excavations of Tambo Viejo found traces of what seemed to be a massive feast. Researchers uncovered large ovens and other findings which pointed to some sort of celebration.

The new study — published in the journal Antiquity in late October 2020 — suggests that the estimated date of the llama sacrifice about five centuries ago happened during the period after the territory was peacefully annexed by the Incas. 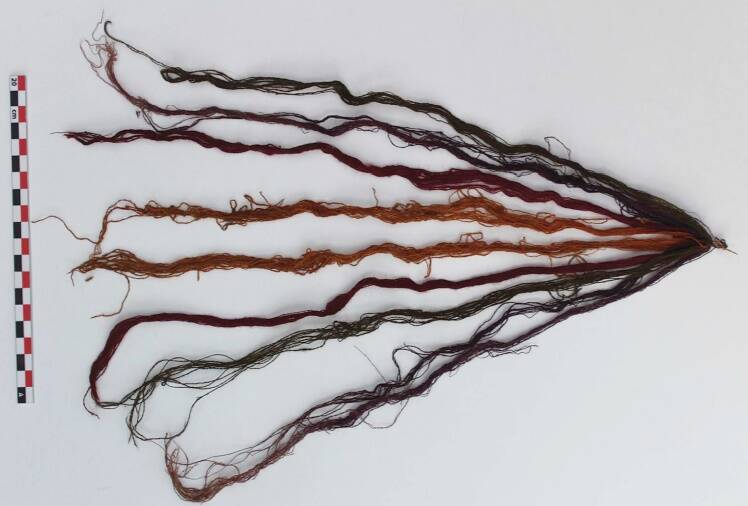 L.M. ValdezThe llamas were decorated with bracelets and colorful string, as shown here.

The finding supports the idea that the celebratory feast that took place was likely meant to appease the new resident subjects.

Besides being made as offerings to the gods to bring good health and a bountiful harvest, it seems that animal sacrifices were also used to stake territorial claim for political purposes.

“The offerings likely were part of much larger feasts and gatherings, sponsored by the state,” said Valdez. “The state befriended the local people with food and drink, cementing political alliances, whilst placing offerings allowed the Inca to claim the land as theirs.”

Excavation at Tambo Viejo first began in 2018. Since then, in addition to the llama burial discovery, researchers have found the remains of a large plaza and a distinct religious Inca structure called ushnu. They also unearthed a connecting road to the Nazca Valley, where the famous Nazca Lines geoglyphs are located. 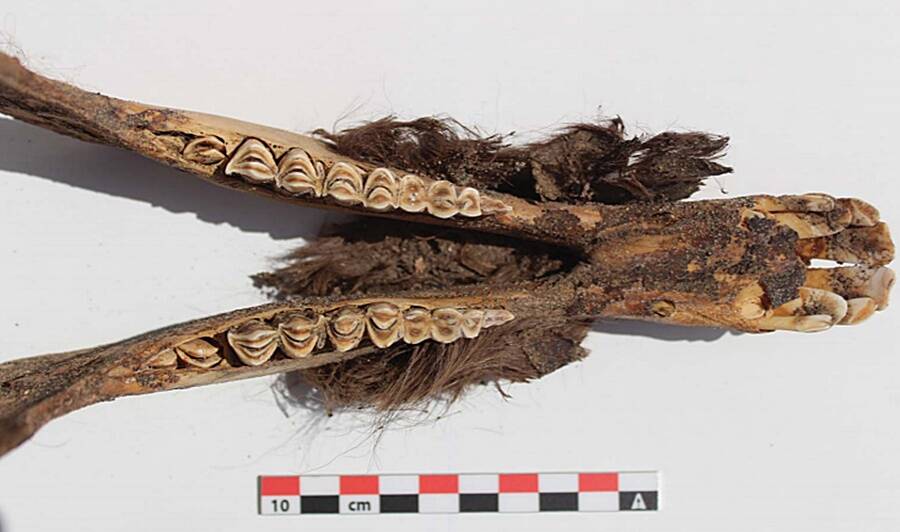 L.M. ValdezBody part of one of the mummified llamas which appears to have been a brown llama.

Past studies have determined that llamas were significant to Inca culture. While the four-legged animals were hunted for their meat as food, they were also most frequently used as sacrificial offerings, more so than human sacrifices.

It’s clear that each offering made by the Incas had its own significance and purpose.

As the researchers wrote in their study, “Through these ceremonies, the Inca created new orders, new understandings and meanings that helped to legitimise and justify their actions to both the conquerors and the conquered.”

Next, learn why the Incas may have deliberately built the famous Machu Picchu site along fault lines and read about the return of the 500-Year-Old Incan ‘princess’ mummy that was finally repatriated to Bolivia.