The Incas May Have Deliberately Built Machu Picchu Along Fault Lines. Here’s Why.

Fault lines would have provided the Incas with loads of pre-fractured rock — perfect for building. 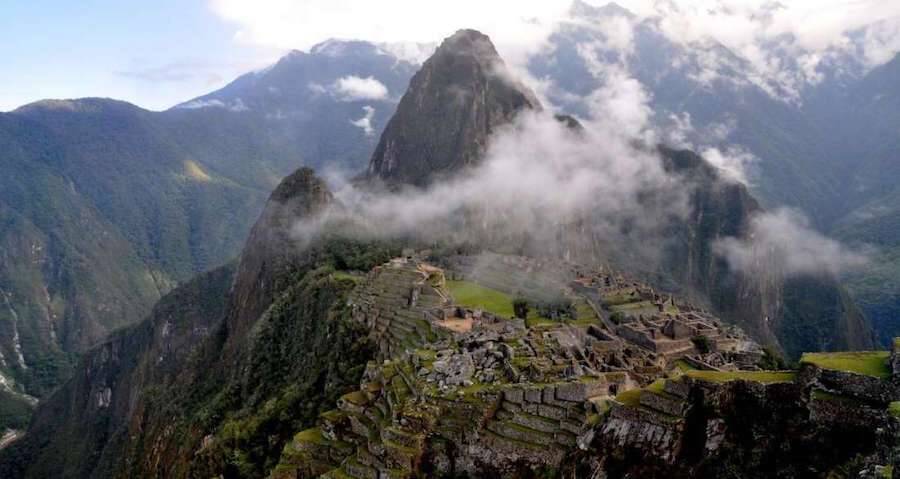 Rualdo MenegatThe reasoning for choosing this extreme location was three-fold (protection against earthquakes, a water supply, and readily available building materials), but all resulted from one factor: fault lines.

The Incan citadel of Machu Picchu is one of the most stunning yet confounding pieces of architecture known to man, lasting for 600 years high atop the Peruvian Andes.

But why would 15th-century builders erect such an elaborate city on a narrow mountain ridge and fault line 8,000 feet above sea level?

It turns out those forbidding conditions were not only advantageous, but also may have helped the city remain intact for so long. According to new research presented by Rualdo Menegat from the Federal University of Rio Grande do Sul in Brazil, the Incas were attracted to this confluence of fault lines for several reasons.

“Machu Picchu’s location is not a coincidence,” Menegat said in a statement. “It would be impossible to build such a site in the high mountains if the substrate was not fractured.”

By building on these fracture zones between blocks of rock in the Earth’s crust, the Incas would have had a built-in abundance of building materials in the form of pre-fractured stone. The faults might have also served as an efficient water source, with rain and melted ice washing directly into the site, without the risks of flooding of a city built in a valley

Published in the Geological Society of America journal and presented at its annual meeting in Phoenix this week, Menegat’s research might finally explain how the Inca managed such a demanding construction project at such heights, and how Machu Picchu has remained intact centuries later. 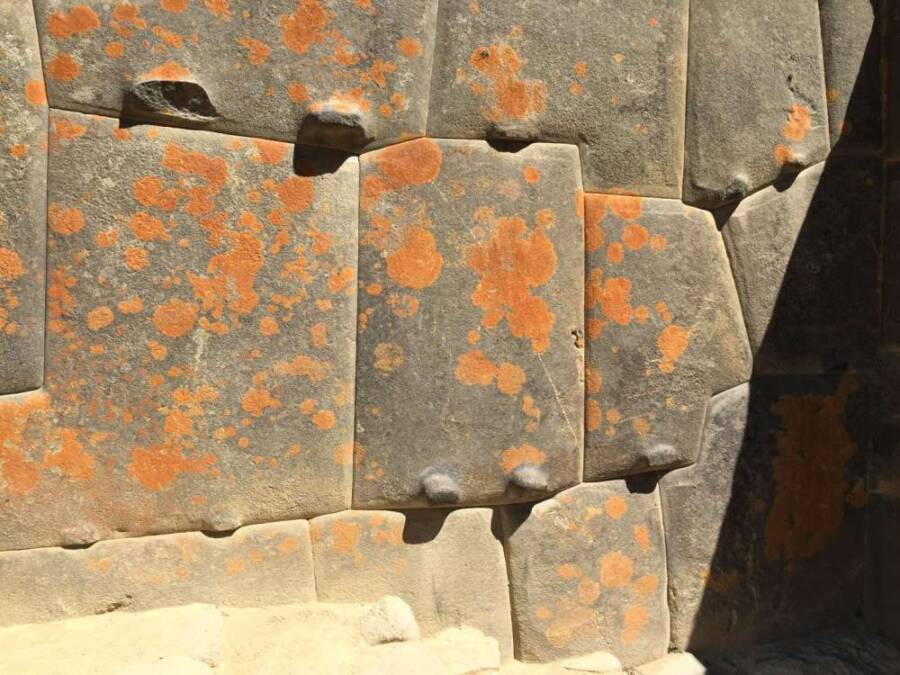 Terri Cook and Lon AbbottThese stones, as seen in Ollantaytambo, Peru, fit so perfectly together that the gaps in between are virtually non-existent. Menegat believes the Incas took advantage of these preexisting fractures to fit compatible pieces together.

Machu Picchu is comprised of more than 200 individual structures, and was populated by 1,000 people at the height of the Inca Empire. A UNESCO World Heritage Site since 1983, the city’s construction has confounded people since its modern discovery in 1911.

“It could not be built on a whim. It is part of a practice of building settlements in high rocky places,” said Menegat. “But what guides this practice? What knowledge of the rocks and mountains did builders need to know to succeed in building cities under these conditions?”

By combining satellite imagery, field measurements from four expeditions between 2001 to 2012, and geoarchaeological analysis, Menegat’s research showed the city was built atop fault lines of differing lengths and sizes. Some are 110 miles long.

“The principal result was the discovery that Machu Picchu was built where geological faults intersect,” Menegat explained. 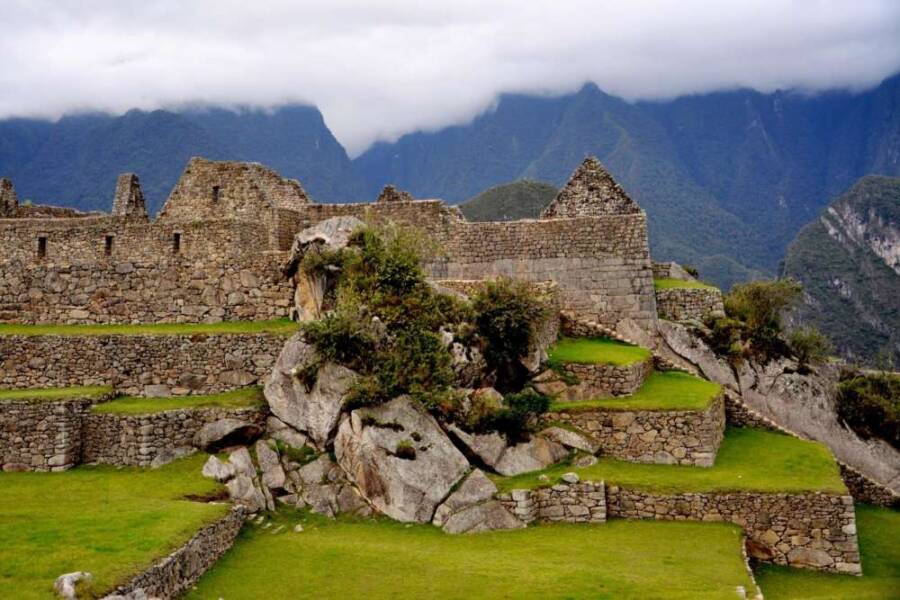 Rualdo MenegatRualdo Menegat explained that the already fractured blocks of rock usually came in shapes that naturally fit together. When earthquakes hit, these blocks would “dance” into their intended place, and keep buildings from collapse.

The underground confluence — marked by three main fault directions and two secondary fault directions that run north-south and east-west — nearly form an X shape. Menegat found that Machu Picchu’s main buildings and stairs were all oriented along the directions of these faults.

He also noticed that other Inca settlements like Cusco, Pisac, and Ollantaytambo were built atop fault line intersections as well.

Transporting rock, in other words, wouldn’t have been necessary for these sites.

“Where faults intersect, the rocks are even more fractured,” he said. “Therefore, they are places that have more loose blocks on the surface, and also places where [the rocks] can be easily removed to build terraces and buildings.”

Menegat said it would be “impossible” to build at such heights without rocks already fractured, and that the Incas didn’t even need to use mortar for these perfectly compatible stones to fit together.

According to National Geographic, these stones “dance” and fall into their intended places when earthquakes occur. Thus, they’ve managed to keep the buildings from collapse for centuries.

A 2016 TEDx Talk by Rualdo Menegat on urban planning and sustainability.

While Menegat isn’t certain whether or not the Incas understood what tectonic fault lines were, he believes they knew these fracture sites when they saw them. There’s even a Quechua word for fault lines: “quijlo.”

“The Incas knew how to recognize intensely fractured zones and knew that they extended over long stretches,” Menegat explained. “This is for one simple reason: faults can lead to water….Faults and aquifers are part of the water cycle in the Andean realm.”

And they could use whatever water and resources they could get high atop the Andes. “The Andean world is inhospitable,” said Menegat. “Here, human life is possible only in a few places where water drips through fractures….Their cities and plantations were not large, but the little that was produced in one place made possible exchanges with other places, resulting in great diversity.”

After learning about how the Incas purposefully built Machu Picchu along tectonic fault lines, read about archaeologists in Egypt figuring out how the pyramids were built. Then, learn why magic mushrooms are the safest recreational drug.