The Mungiki have been terrorizing Kenyan villages for years, wielding machetes and showing no sign of mercy. 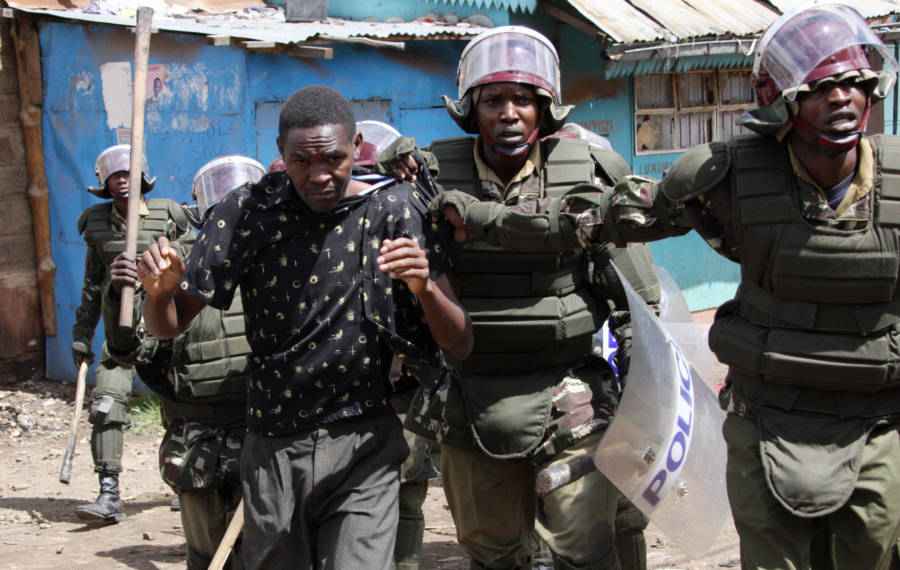 STRINGER/AFP/Getty ImagesPolice detain a Mungiki suspect during disturbances in the Dandora district of Nairobi.

Out of poverty rises desperate people. That’s the basic origin story of the Mungiki, a banned gang of thugs in Kenya. The secretive sect, sometimes called the Kenyan mafia, arose in the 1990s when tribal clashes decimated small communities all over Kenya.

Most of Mungiki’s members are young, poor and unemployed. They resist the established government and the wealthy elites. Those entities represented the Westernization of Kenya. Mungiki means “multitude” in the Kikuyu language, and the Kikuyu are Kenya’s most prominent traditional tribe in the country. Tribal clashes come to bear in the Mungiki way of life, since the gang tends to cleanse Kenya of people who are not like the Mungiki.

Any time there was political upheaval in Kenya, the Mungiki made their presence known.

Kenya banned the gang in 2003, but today the gang remains strong due to its secretive nature. Members swear an oath to secrecy and leave the gang in just one way: by dying. The Mungiki run extortion rackets, kidnap people for ransom, levy protection fees and murder people who break deals with the gang.

In 2007, a man named Michael Omondi watched in horror as the gang went through his neighborhood, from house to house, demanding to see people’s identification cards. Anyone not Mungiki would be forcefully circumcised. Anyone who resisted had their heads chopped off by machetes.

Omondi was able to utter two words in the Kikuyu language to save his house from destruction: Ni ciakwa. (They are mine.) The Mungiki arrived at his house following tensions in the 2007 election. The gang was going to raze his house, but did not. 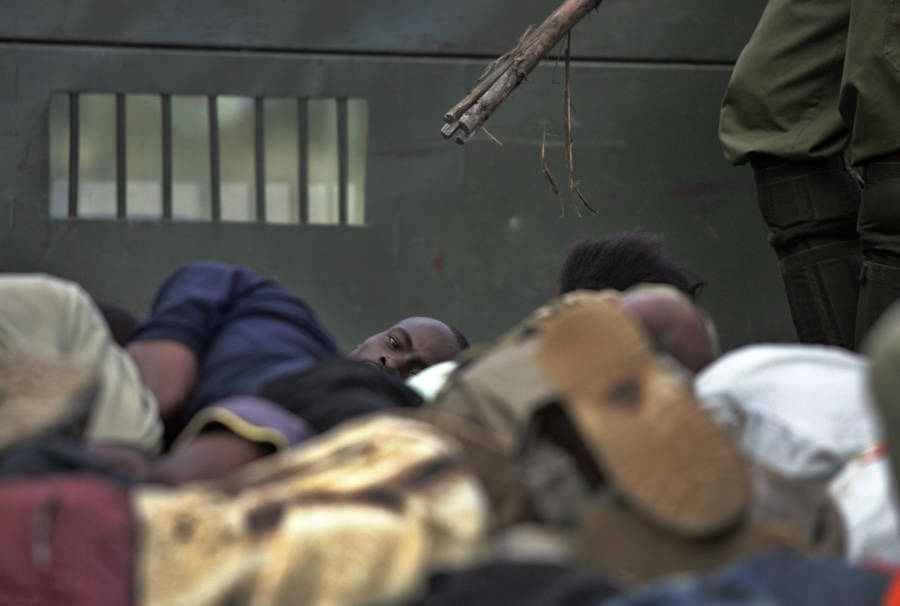 The International Criminal Court in The Hague considers the gang one of the most dangerous in the world. The ICC alleges the Mungiki were actually sponsored by the Kenyan government following the disputed 2007 election. Clashes during that time left more than 1,000 people dead.

The most notorious killings in 2007 happened in the Central Province when eight people were beheaded. As a fear tactic, he gang displayed the heads on poles, and their body parts were scattered near the capital, Nairobi.

The group resurfaced in 2009 when authorities allege the Mungiki hacked 28 people to death in the central Kenyan city of Nyeri. That attack was a revenge mission against people who stood up to the Mungiki and tried to rid their town of the violent gang.

The Government Fights Back

There are no easy solutions to the Mungiki. Membership numbers range from 100,000 to as many as a 1 million. The group has links to politicians, local police, and government officials. Kenya banned the group in 2003 after a 2002 clash with a rival gang left 20 people dead. Even after banning the gang, the group persisted.

Kenyan authorities, in 2007, rounded up and killed 500 young men believed to be associated with the Mungiki. All that did was spur the gang to more violence rather than deter their members. 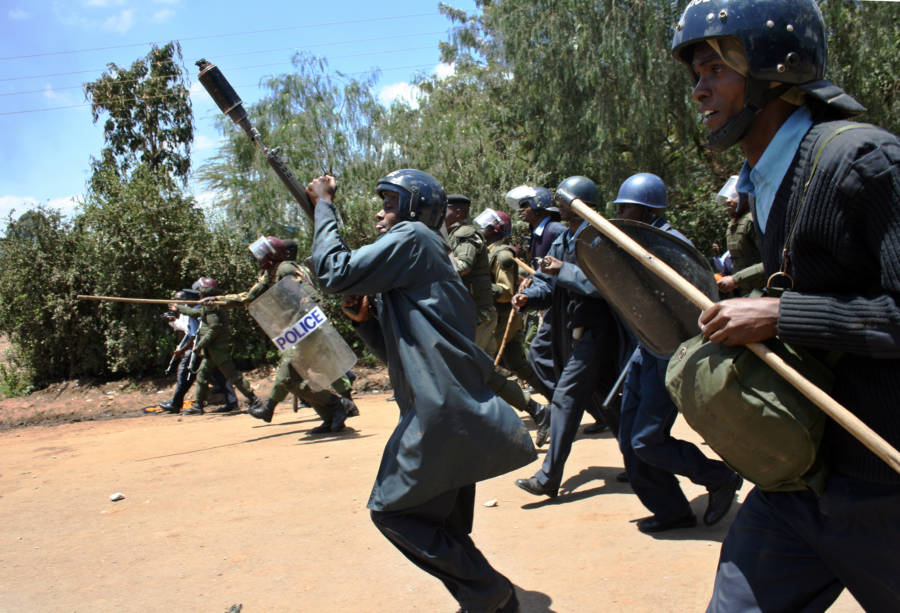 STRINGER/AFP/Getty ImagesKenya police charge to break-up a crowd of protesters who were burning tires on the main road March 11, 2010 to protest the killing of seven suspected members of the infamous Kenyan sect by police.

There were rumors of increased the gang’s activity, largely promulgated through Facebook and social media, that authorities tried to downplay as lies. No one in Kenya knows what to believe about this violent gang bent on destroying Kenya’s wealthy and ruling classes.

Yet, the wealthy classes have connections to the gang. In January 2016, The governor of Nakuru, Kinuthia Mbugua, attended the funeral of a high-ranking gang leader named Joseph Ngugi Chege. Chege was murdered by unknown assailants. Mbugua said he had several business dealings with the notorious leader. Those business relationships were called into question following the admission.

The original cause of the Mungiki focuses on poverty. They also detest people from tribes other than the Kikuyu. Solving Kenya’s deep poverty in the lower classes is one way to rid the country of some gang members, but eliminating poverty in Africa has been a centuries-long problem. Traditional tribal angst, which also dates back several centuries, doesn’t have a viable solution for the short-term outlook, either.

The Mungiki is simply a way of life in Kenya. Unfortunately, that means living in constant fear.

Next, read about more terrifying gangs from around the world, like Murder Inc., and the Bowery Boys.